The Daily Nexus
Features & Essays
Molly Nilsson on Witchcraft, Anti-fascism and How Her Nostalgic Synth-pop Ties It All Together
August 2, 2022 at 8:00 am by Razeen Ahmed 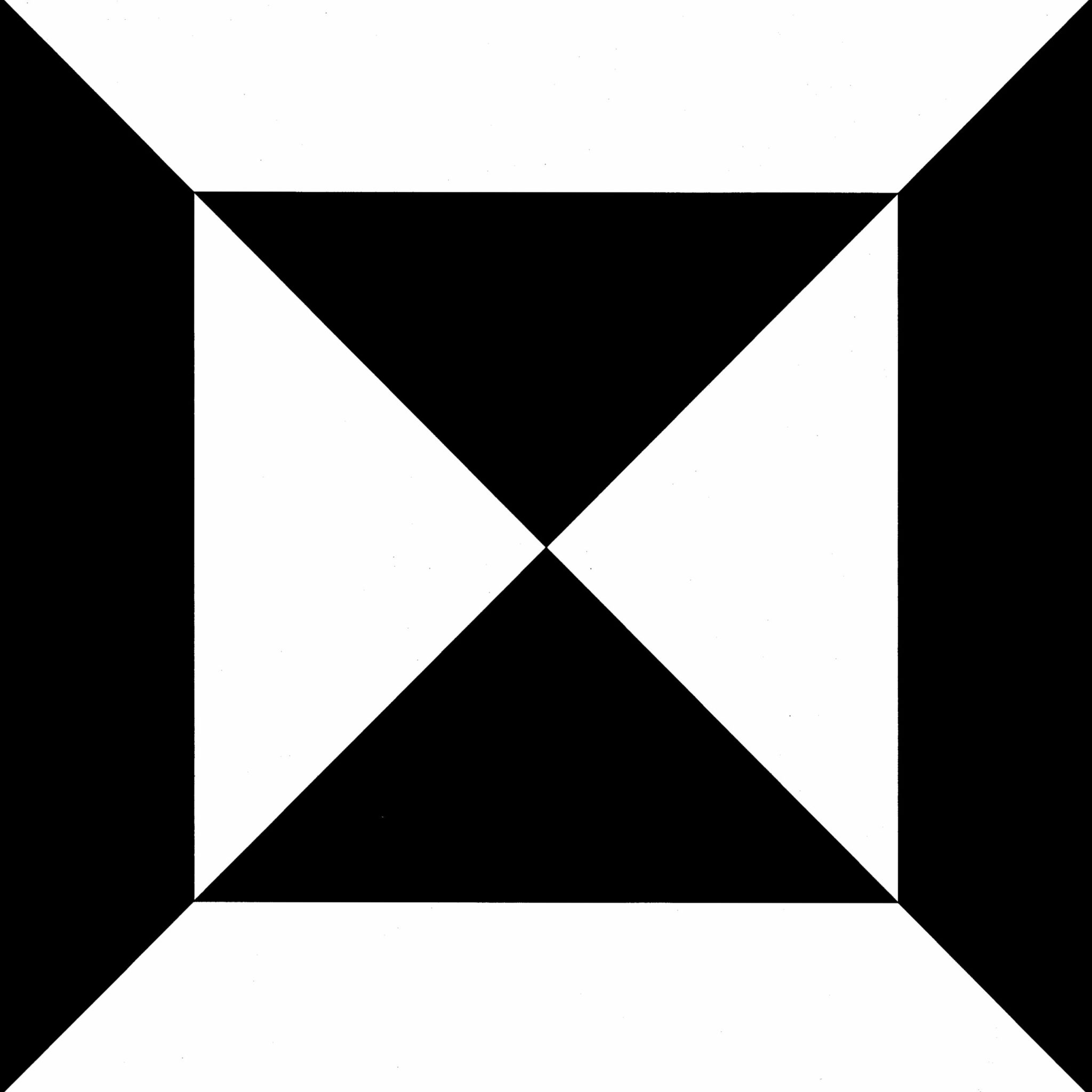 The first time I corresponded with Molly Nilsson in July 2021, I thought I was emailing her customer service team, as I was frustrated with how long her record was taking to ship. I got a reply back, saying it’ll be just a few more weeks, as it’s shipping from Europe. At the bottom of the email was the valediction, “Best regards, Molly Nilsson.”

Not knowing if it actually was her, I wrote back a long email telling her how much her music meant to me. I closed it with, “PS: If this was in fact not Molly as indicated by the valediction, and is instead just a worker, which it more likely probably is, I hope you have a laugh at my enthusiasm, are paid fair wages, and carry on.” A day later, not only did she confirm her identity (she told me that my email made her morning), but she also exclusively revealed that she is working on a new record, which turned out to be “Extreme,” released this past January.

And, so recently, I decided to reach out with a hail-mary request — if I could ask her questions for this feature article that you are reading right now. And I’m sure her answer can be deduced …

The Swedish-born artist, now living in Berlin, Germany, has crafted a discography that waltzes between the electronic, minimal synth and hypnagogic pop genres. Now, with around 200,000 monthly Spotify listeners, Nilsson runs her own independent record label, Dark Skies Association — and she attends to every last fan email.

The essential thing about Nilsson’s music is just how well she evokes feelings of nostalgia with soundscapes that seem as though they are straight out of the ’80s while still retaining freshness through her relevant, reflective and often satirical lyricism.

“I would like my music to sound like something you should have heard somewhere before but you can’t remember where, in your childhood or a dream. Even though you never heard it, it makes you feel like you should already have memories connected to it,” Nilsson said over email.

This is the vision that Nilsson has for her music, and thus, the hypnagogic sentimentality that is characteristic of each of her tunes seems to stem from something transcendent of the literal soundscapes. Nilsson strives for a listening experience that is both metaphysical and universal: “I do imagine listeners ‘living the music’… as if the song is just playing inside of someone.”

And her art really does imitate, or even presuppose, life. She released her album “2020” in 2018, with lines like “It was in pre-Apocalypse times,” and “Years from now we’ll recall / The madness of it all.” I asked her if the chaos that began in 2020, like the pandemic and the hyper-escalated geopolitical strife, makes it feel extra eerie to look back on her lyrics or if those sentiments simply match up with the impending sense of collapse that she’s been feeling this whole time.

“I think titles can work as prophecies and I’m both aware and reckless with them. I knew it was going to be a particular time, a memorable year, but being an optimist, I envisioned a more exciting period than the gloom that followed,” Nilsson revealed.

“However, I would not consider any of the big experiences from that year, for example the COVID-19 pandemic, [or] the murder of George Floyd, as occurrences belonging to this particular year, but [as] things that have [been] happening for a long time and came to a breaking point. We have so many issues to deal with and none of them will go away by themselves, as we often pretend they do,” Nilsson said.

One of the most recent, acute catastrophes of the decade has been the Jan. 6 attack on the U.S. Capitol. Of the insurrectionists, one happened to be the experimental pop artist John Maus who covered Nilsson’s song “Hey Moon!” in 2011. Upon hearing the news, Nilsson responded by re-releasing a 7” single version of the song with all proceeds going to the Black Lives Matter movement.

A self-proclaimed anti-fascist, to have this artist cover her song only to discover he holds radically different political ideas from her, as well as what she thought of the cover before Jan. 6, 2021, Nilsson said, “That song never received much attention until it was covered, I had so many other great songs that were more popular among my listeners at that point. It bothered me that a man got credit for my work because it was something I had tried to avoid by staying away from the music industry, and I honestly had no idea people would even notice that release. But then it suddenly became popular.”

“The whole song is a celebration of solitude, but by overdubbing it and making it a ‘duet,’ the point is completely lost. Which is the worst thing that can happen to a songwriter I guess, ha. I was glad to have found a solution where I could at once reclaim the song and also raise funds to an organization that needs support,” Nilsson said.

On the topic of men ruining things, I asked her to reconsider “Earth Girls,” a satirically sexist song off of her new album, in the context of the overturning of Roe v. Wade. She had these words to offer to those afflicted by the patriarchy in the U.S.: “The fight is never over. The reversal of this most fundamental women’s right in the USA really shows us that basic human rights and democracy are never ‘safe.’ Each generation has to keep their eyes open for the signs, and be careful not to look away.”

In the song, Nilsson sings, “Go ahead, and call me crazy / Women get used to all kinds of slurs / … I used to dress up like a witch and travel the world,” and she has a whole slew of other witch imagery throughout the album.

When asked what the phrase “Witches vs. Patriarchy” means to her, Nilsson proclaimed, “As long as there is the patriarchy, there will be witches. They represent the memory of an old wisdom, and how there have always been women who fought to live fearless and free. It can [mean] dead serious, spiritually, or in the form of a tacky Halloween costume or cartoon, but there’s always a rebellion there.”

Continuing on about witchcraft, rebellion and its moderate alternatives, she sings, “Throw your dice and cast your spells / Hoping everything will turn out well” in the first song, “Absolute Power,” off of her new album, “Extreme.”

It reminded me of Henry David Thoreau’s essay, “Civil Disobedience,” where he writes, “All voting is a sort of gaming … A wise man will not leave the [morally] right to the mercy of chance, nor wish it to prevail through the power of the majority … When the majority shall at length vote for the abolition of slavery, it will be because they are indifferent to slavery, or because there is but little slavery left to be abolished by their vote.”

I had Nilsson read this excerpt and asked her what she thought about their eerily similar analogies — 200 years apart — and how they both criticize majoritarian, liberal democracy’s limited ability to ameliorate the world’s problems. Despite apologizing for not being as in-depth as she wished to be, as she has been traveling while answering the questions I sent her, Nilsson nonetheless shared some extensive contemplations.

“I imagine there being not just chance taking but also risk taking when throwing a dice. And like casting a spell, it’s perhaps a dangerous way to decide one’s fate and maybe that’s what you do when you have the feeling the outcome makes no difference anyway, the cause already lost. Those last lines remind me of how, when women were finally granted the right to vote, it was because real influence had already moved into another place, even more difficult to access,” Nilsson said

“Whenever you enter the room, power exits. In this song however, I decided to focus on what I believe to be real ‘power,’ not the power of influence, money or status, but the driving force of life and development, which I think is the energy every being possesses. In a way everyone has a little bit of power but when we put all that power together, we have absolute power. This is the power we will need to mobilize in order to save our lives and planet,” Nilsson concluded.

Soon to be spreading her dire message once again in the corporeal world, after a COVID-19- induced touring hiatus, Nilsson is excited to announce that she is currently planning a U.S. tour in the fall, starting in October. In the meantime, indie heads can listen to her music on all streaming platforms and bask in the magical, radical, glimmering dreamscape that she has weaved from all of the memories latent within all of the people that are a part of this modern world.