After more than 30 years waiting in the wings (so to speak) Tom Cruise reprises his role as lovably rebellious fighter pilot, Maverick, in the sequel to the beloved 1986 classic, “Top Gun.” The sequel, aptly titled “Top Gun: Maverick,” has been highly anticipated for years now. 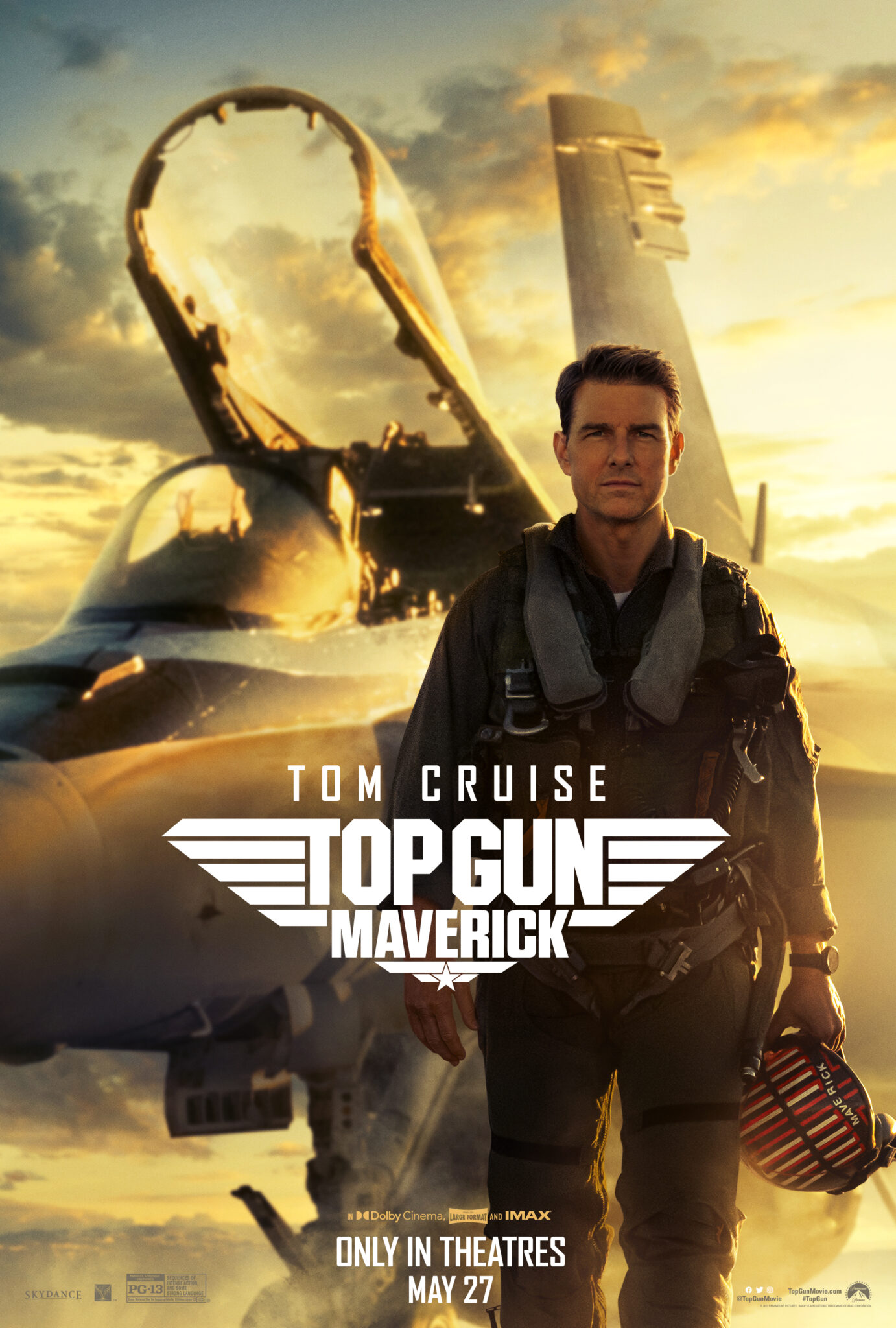 The first draft of the script was completed in 2012, and after, it was slated for release all the way back in 2019 — but its scheduled release was prevented by personal tragedies and the COVID-19 pandemic. Cruise could have agreed to let this film come out on a streaming platform, which would have undoubtedly been popular. However, the versatile star was determined to make “Top Gun 2” a movie for the theaters – an experience to be enjoyed communally in a traditional mecca for cinema worship.

On May 17, at the recent Cannes Film Festival, Cruise was welcomed as the toast of the town. His film was given a standing ovation for five whole minutes after the screening, and there was even a flyover of red, white and blue streaks to celebrate the film’s upcoming release. On May 27, decades since the first film was released and years of being in limbo, “Maverick” premiered in theaters to a deservedly triumphant reception. So far, the critical reviews have been some of the best in his illustrious career.

“Top Gun: Maverick” starts out just as the original did. The intro about what Top Gun really is – an elite naval flight school in San Diego – is followed by the rousing instrumental theme song, and then interrupted abruptly by jets taking off while Kenny Loggins’ song “Danger Zone” plays.

Pete “Maverick” Mitchell (Cruise) still plays the renegade rule-breaker always at odds with his superiors. And, just as in the original, the U.S. Navy Top Gun aviators have a climactic battle against an unnamed rogue state, hell bent on dangerously disrupting the world order. But the film, like its star, is more mature in how it tackles topics on screen and features combat scenarios that are wrought with potentially devastating consequences in the real world.

While the ’80s original could be criticized for its gung-ho attitude about warfare, the sequel takes a more sober approach to battle, especially as we have seen two costly wars in Iraq, the disastrous exit from the War in Afghanistan and are currently seeing a worrisome invasion of Ukraine by Russia. Therefore, when Maverick is asked to instruct the best-of-the-best pilots for the final mission, and then eventually lead them on it, he makes sure all the pilots under his supervision are mentally prepared — especially since he will be responsible for the safety of his former wingman’s son.

“Top Gun 2” comes across as more mature due to topics of life and death both on and off screen. One of the major plotlines of this film is Pete “Maverick” Mitchell’s attempt to find common ground with Bradley “Rooster” Bradshaw, played by “Whiplash” lead actor Miles Teller. Rooster is the son of Goose — the former wingman for Maverick in the 1986 original, whose character died while ejecting mid-flight with Maverick — and Rooster has harbored a long resentment toward Maverick. Just as Maverick tries to reconcile with the son of an old friend, he reconnects with an old rival, Admiral Tom “Iceman” Kazansky, played by Val Kilmer.

Real life tragedy touched Kilmer; he suffered throat cancer that has now left him unable to speak or eat without an electric voice box or feeding tube. Kilmer’s appearance is touching because of his clear friendship and respect for Cruise. Iceman is said to have been looking out for Maverick after the events of the original film, and it is he who made sure that Maverick would teach the elite squadron of pilots for the final mission.

The film’s dedication was made to Tony Scott, the director of the original “Top Gun” who died in 2012. Scott was initially slated to direct the film, but his vision that he created for the screen is reimagined in the best possible way by Cruise and company.

In “Top Gun 2,” there are once again stellar special effects and flying sequences in state of the art U.S. Navy fighter jets, but this time the quality of the picture and the action-packed stunts are even more impressive to the eye. Due to Tom Cruise’s intense and respectable commitment to perfection and realism, all the members of the cast who would be portraying pilots actually went up in military jets for the flying sequences. Obviously, the actors all referenced how challenging it was to withstand the G-force and Mach speed, but their legitimate reactions to the thrills of being inside a cockpit make the film’s thrills more enjoyable to us as the audience.

This film has noteworthy performances by an ensemble cast led by Cruise, and supported by relative newcomers like Lewis Pullman, Monica Barbaro and Glen Powell, and established stars like Jon Hamm, Miles Teller, Jennifer Connelly and Ed Harris.

All in all, “Top Gun: Maverick” was a highly enjoyable experience and it is so much better in theaters than on streaming. Being there in person, with the big screen and surround sound made viewing the film a highly immersive experience. The film also consistently maintained my interest by properly balancing action with drama, and having Cruise’s screen charisma punctuating it all. If you are looking for a new film to watch, skip the streaming and buy yourself a ticket to “Top Gun: Maverick.”