The Daily Nexus
Events
Rex Orange County Invokes the Message of his New Album “WHO CARES?” at the Santa Barbara Bowl
June 6, 2022 at 3:45 pm by Isabella Chichioco 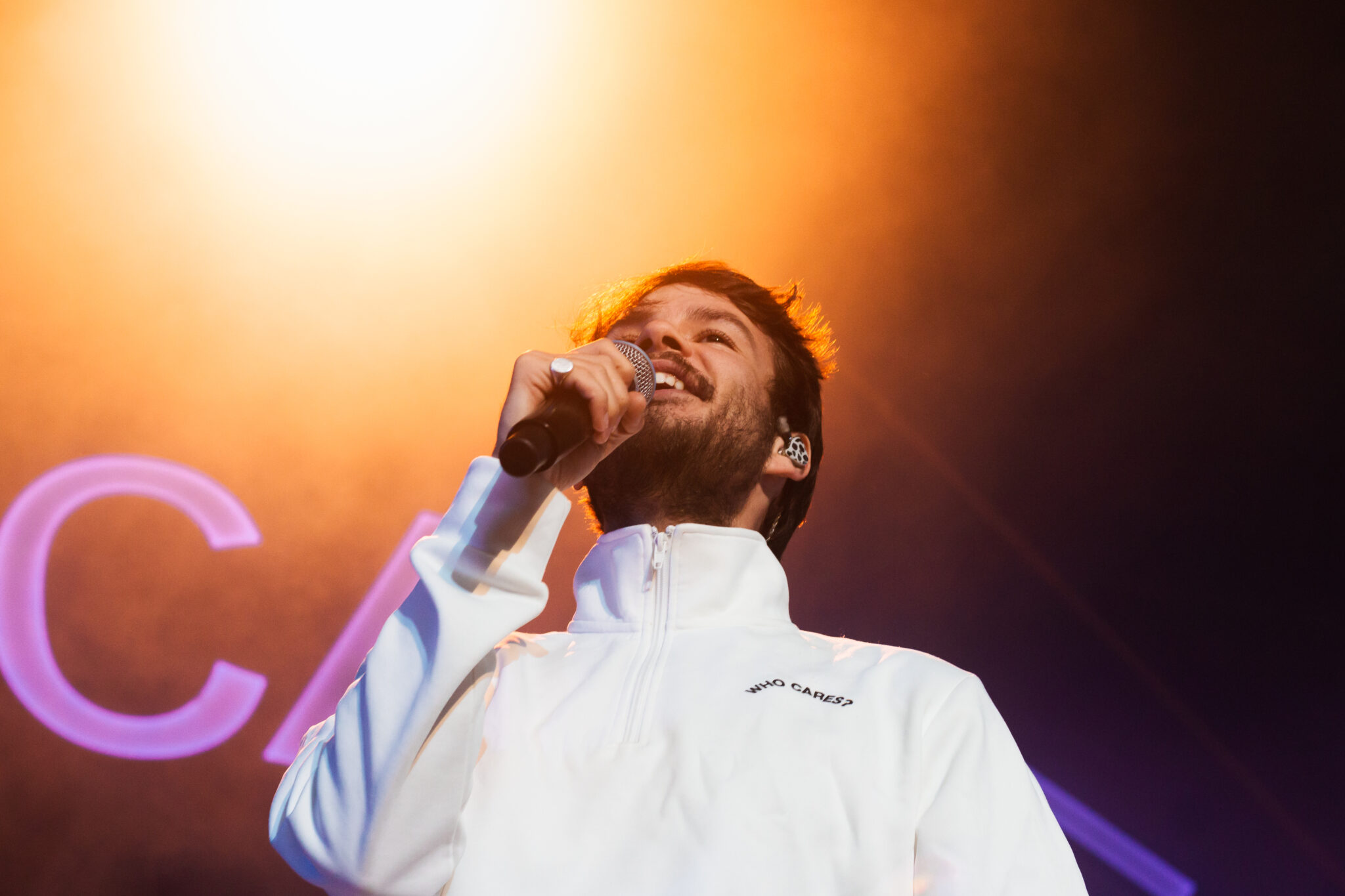 “Making time / Just to see you, woah / We’re safe inside / You make things fine / Don’t wait up / I’m okay, I’m okay.” “MAKING TIME” was the opening song that Rex Orange County played for his long-awaited concert at the Santa Barbara Bowl on June 1. Fans have been awaiting the WHO CARES? Tour ever since he dropped his fourth official album aptly titled “WHO CARES?” The bedroom pop and funk artist, Rex Orange County, or Alexander O’Connor, treated the Santa Barbara community for the first time to a night full of energy and excitement with all different songs that highlight the best of his discography.

The UK singer kicked off the concerts with a few tracks from his new album, the upbeat and motivational tracks such as “KEEP IT UP” and “ONE IN A MILLION.” The stage set-up reflected the playfulness of the album, with his signature thumbs and rainbow aesthetic in the background. Rex’s outfit was very simple and aesthetic, a white monochrome look that complimented the colorfulness of the set behind him. 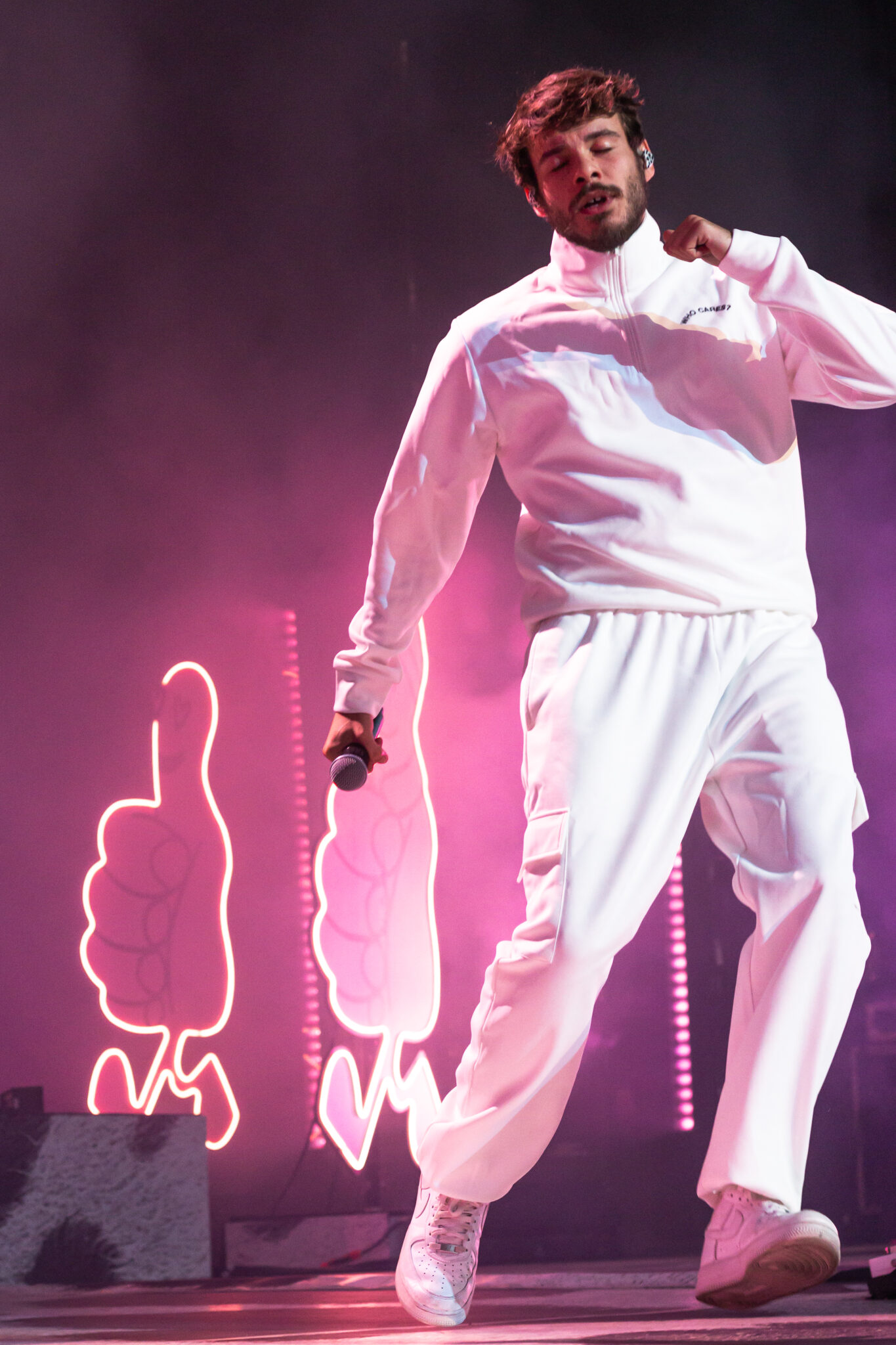 Although he played a lot of tracks from his new album, his older songs were not forgotten, as Rex played a number of  songs from 2019’s “Pony” and 2017’s “Apricot Princess.” The concert soon went into a more reminiscent and ballad tone, with Rex playing “Television / So Far So Good,” “Untitled” and “4 Seasons.” Rex also showed off his live acoustic skills, playing the piano to the song “Always” and the guitar to the iconic “Corduroy Dreams” which garnered a lot of happy cries and cheers from the crowd. As soon as Rex strummed the first few notes of “Corduroy Dreams,” the crowd went ballistic and screamed the beginning lyrics with him: “How could I ignore you? / Trust me I adore you / We’re swimming through our dreams / Kiss me in the shower / For a couple hours / Though we’re only sixteen.”

Continuing the playful and care-free ambience of the night, colorful balloons were released onto the audience for the song named after the album, “WHO CARES?” Rex danced charismatically as the crowd yelled and jumped in unison together, creating a truly unforgettable moment of the concert. 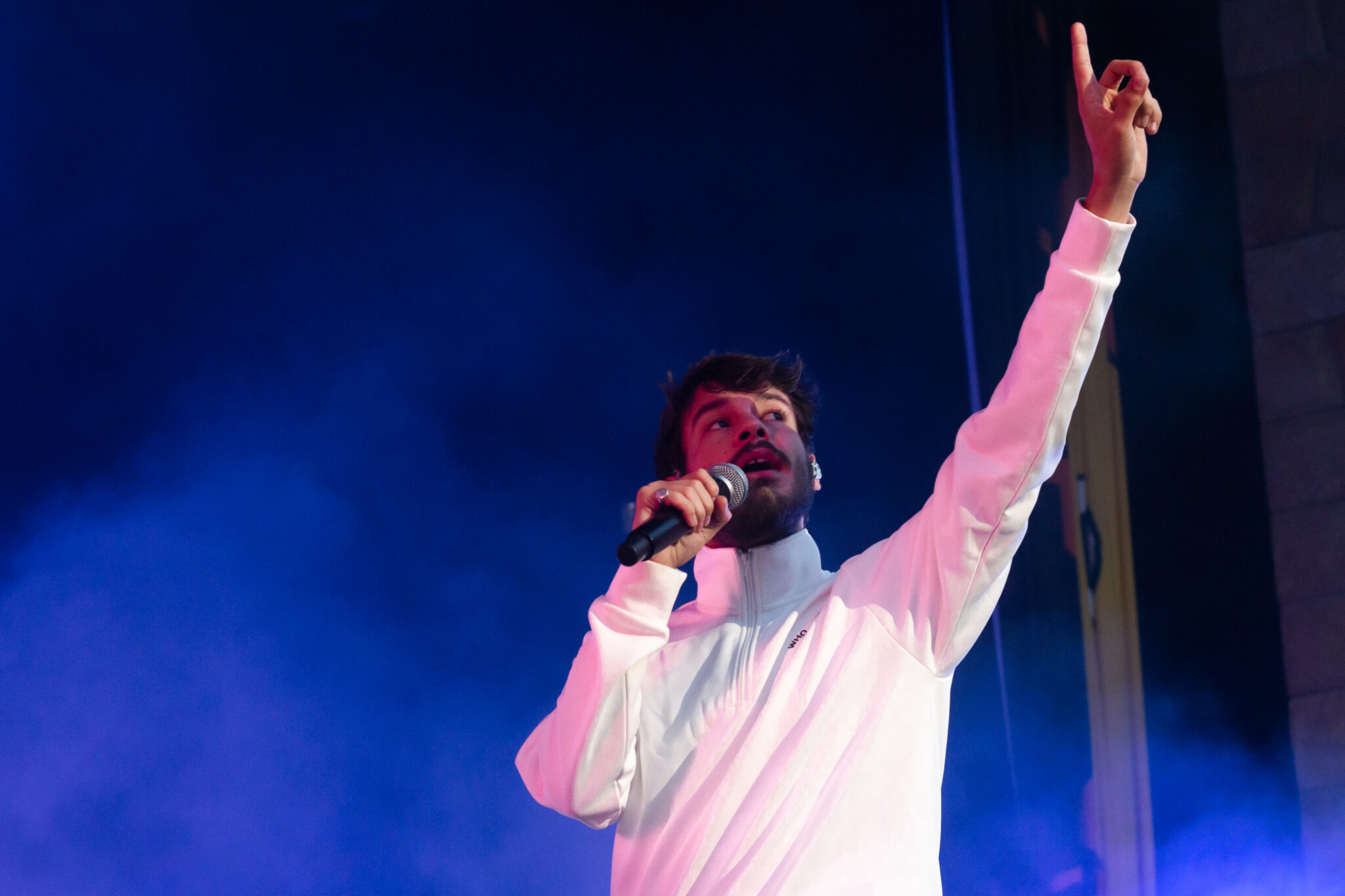 Throughout the entire concert Rex showed his versatility as an artist who not only can write songs the audience can relate to, but who can also add dimension to his songs during a live performance. The artist showed how great his stage presence was during the middle of the concert, which is when an audience might get tired. With his upbeat energy and with the help of the live band, the indie-pop singer kept continuing to raise the energy of the audience. During the performance of one of his most popular singles, “Best Friend,” Rex asked the audience to stop recording on their phones and to truly live in the moment. Once everyone put their phones away, he then asked everyone to just enjoy and jam out to the song, with the whole audience repeating the lines “You’re gonna wanna be my best friend, baby” until the song ended.

As the concert progressed, O’Connor introduced his band, and each of the members each had a chance to play their own solo during his songs. The live percussion and instruments truly added another element to the concert, giving the SB community a unique experience of indie music live. 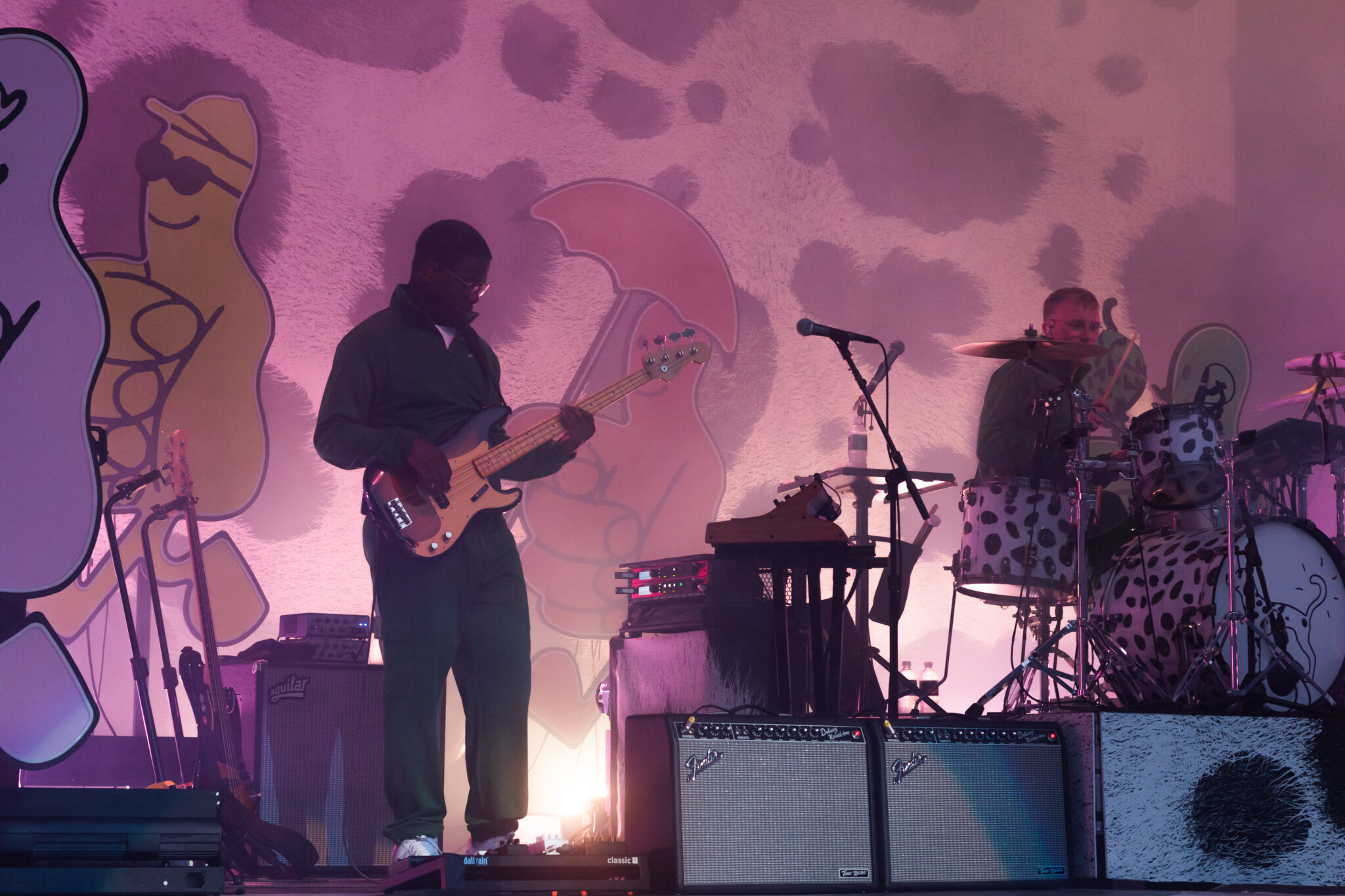 The overflowing happiness and intensity of the concert continued even as it reached the end, with O’Connor playing his most popular songs, “Sunflower” and “Loving is Easy.” For the encore, he played “Pluto Projector,” prompting the audience to bring their flashlights out one final time. Playing the first half of the song with his acoustic guitar, followed by the band in the second half raised the audience’s mood, even though the concert was coming to an end. Once Rex said his goodbye to the stage, the crowd cheered and was left wanting more.

Rex Orange County’s performance at the Santa Barbara Bowl was truly a unique experience for all his fans, especially as this tour is  one of the first times he has performed live since the pandemic began. In a recent Vulture piece, Rex mentioned that his biggest takeaway from making this album is that “this is my time to be free and not be concerned about what people are going to think about it. We only have one life to live, so just be yourself and see how that goes.” The theme of not caring what other people think was showcased throughout the entirety of the concert, leaving his audience with a happy and positive message until he visits the Santa Barbara community again.