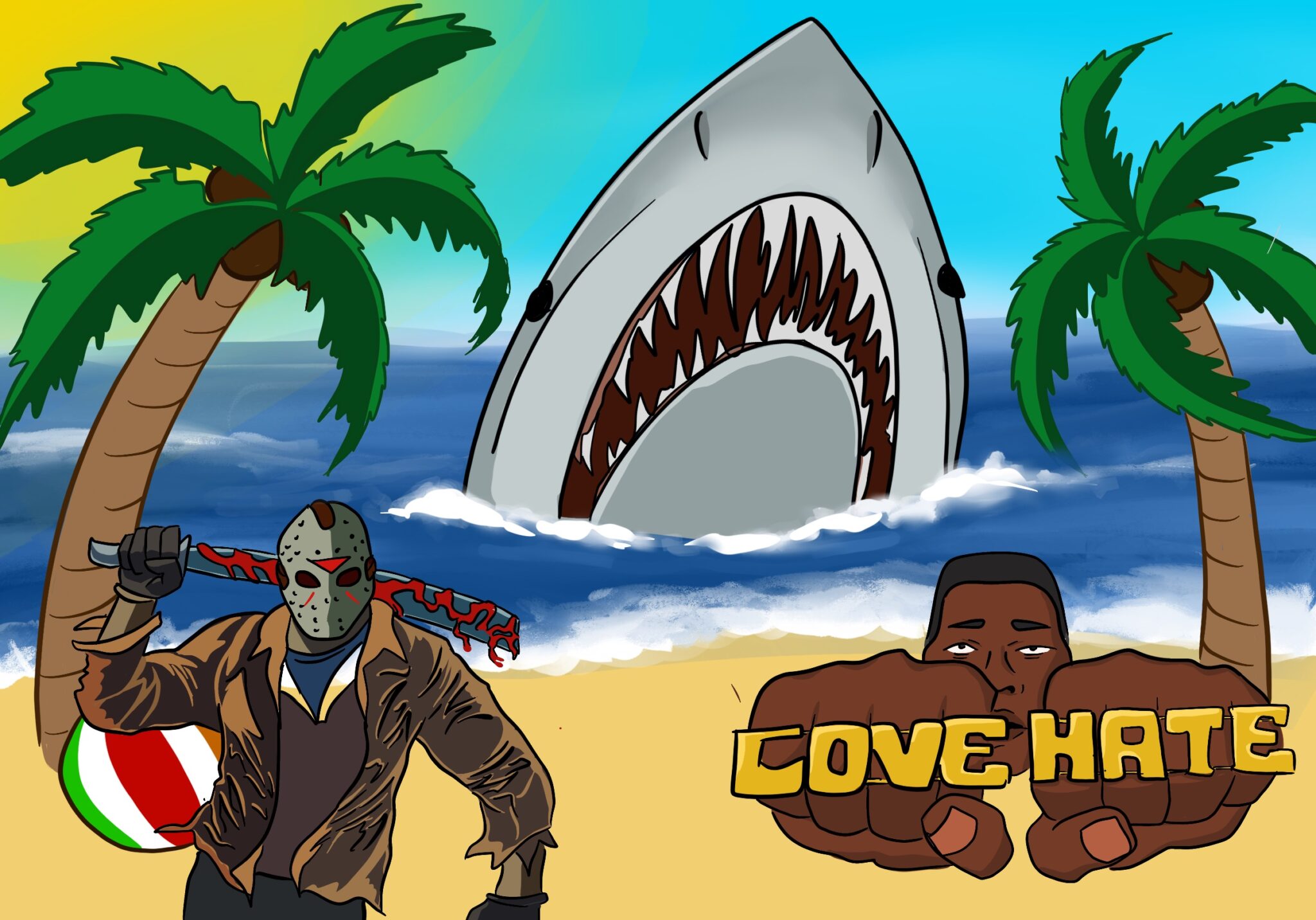 As the school year comes to the close, here are five iconic summer films to watch!

Steven Spielberg’s first, big hit was the original “summer blockbuster.” From a decade that is renowned for the New Hollywood movement, which saw many sophisticated or niche films being made by young filmmakers, “Jaws” provided unabashed fun for all moviegoers. Released in the wake of the Watergate scandal and in the midst of economic dire straits, “Jaws” was a welcome distraction for Americans who had been inundated with nothing but negativity. Yet, “Jaws” was not just mindless entertainment. All the elements of Spielberg’s hit combine to make a uniquely compelling film. The score by John Williams really showcases the terror that nature can inflict on civilization, and the top-notch script shocks and amuses, with even some social commentary layered underneath. What makes this film a required viewing, though, is the way Spielberg directs it. The summer setting of a bright, joyful beach town juxtaposed with gruesome shark attacks is… well, like a shark attack. It’s hard to watch at times, but we cannot look away because Spielberg keeps us on the edge of our seats wanting more. If you happen to go on a beach vacation this summer or stay right here in Isla Vista, “Jaws” is a perfect watch. But, hopefully, watching it won’t make you think twice about going out in the water …

Spike Lee is known for his provocative filmmaking that challenges social sensibilities while also possessing a well-made, artistic look for the silver screen — and that reputation all started with “Do The Right Thing.” This movie, released at the tail end of the 1980s, revitalized a return to more serious filmmaking that many critics thought was lacking in the commercialized era of filmmaking. Situated in the Bedford-Stuyvesant neighborhood of Brooklyn, Lee’s film tackles themes of racism, gentrification and morality, all during a heatwave which makes the temperatures rise within characters just as on the thermometers outside — culminating in a shocking finale. The vivid color palette  — as well as the musical soundtrack — only adds to the film’s heated summertime aesthetic and proves Lee’s massive capability as a filmmaker.

Have you ever wanted to see a film that evoked those melancholy feelings that everyone gets on the last day of summer vacation? “American Graffiti,” directed by George Lucas four years before he released “Star Wars,” tells the story of several high school students with different ambitions, plans and anxieties for the future. The night before two of the friends are supposed to leave for college, they and their group of friends each go on individual adventures that stick with them forever. The story is a period piece, taking place in the early ’60s, and it is chock-full of nostalgia for both youthhood and a seemingly idyllic time in history. The film also gave a start to some major film careers, including Harrison Ford, Ron Howard and Richard Dreyfuss (who would coincidentally go on to star in “Jaws” two years later). What makes this film an essential summer viewing is that it captures a particular mood about those final days of summer, of how crucial it is to seize the day before one seemingly returns to the reality of school — and in this film’s case, adulthood itself. Additionally, the conversational dialogue between characters, with the mood-capturing soundtrack to back it up, reminds us of the conversations that we have with friends during a lazy summer day, making “American Graffiti” a timeless classic of the season.

“The Seven Year Itch,” directed by Billy Wilder, is the perfect movie to capture the unique feeling of “summer in the city.” While most summer movies take place at the beach or some resort, “The Seven Year Itch” takes place in the sweltering heat of Manhattan during the dog days of summer. The romantic comedy film tells the story of an unhappily married, middle-aged executive who cannot help but develop a crush on his new, upstairs neighbor, played by Marilyn Monroe. What is best about this movie is its charming aesthetic of capturing the weirdly empty feeling during the summer that one gets in an otherwise hectic city, in addition to the comical daydreams that the protagonist gets as if they are a result of heat exhaustion. The film is most famous for the Marilyn Monroe white dress still and can come across as outdated in much of its humor. Nevertheless, it is still an entertaining viewing for someone who appreciates the classic, Golden Age of Hollywood.

After this campy, horror classic came out, many films with pretty much the same plot, in pretty much the same setting, were released — but “Friday The 13th” was the first to perfect the “summer camp slasher” trope. Capitalizing on the success of Michael Myers’ terrorization in “Halloween,” the 1980 film tells the story of a naive group of teenage counselors at Camp Crystal Lake, getting picked off one by one by an unseen killer. The horror film spawned a zillion other sequels and copycats and introduced movie audiences to Jason Voorhees as well as a new subgenre of horror movies called “slashers” that were as maligned because they were commercially successful. As terrifying as it would be to actually be a counselor at Camp Crystal Lake, the bucolic scenes of nature make the film worth watching if you’re a fan of the outdoors. And despite the ostensibly scary premise, the film is a rather enjoyable movie for its campy action and its cheesy ’80s appeal — and it serves as a good scare during the more fun-loving season of the year.