The Daily Nexus
Sports
Invincible or Insatiable? Why Tom Brady Refuses To Retire
May 31, 2022 at 1:40 pm by Gabriel O'Brien

The sports headlines, as well as news headlines in general, were on fire the first day of February this year when Tom Brady — the undoubted Greatest of All Time of professional football — officially announced his retirement from the National Football League. And though he is well past the age of the typical NFL quarterback, let alone one who can still play at an elite level, the announcement still took the nation by surprise. Had this been several seasons prior, when sports announcers were saying that Brady would “fall off a cliff” in terms of his capability to perform at an elite level — and especially after he fell to the ragtag Tennessee Titans in the first round of the playoffs in his final 2019 season for the New England Patriots — perhaps then his retirement would have made sense. 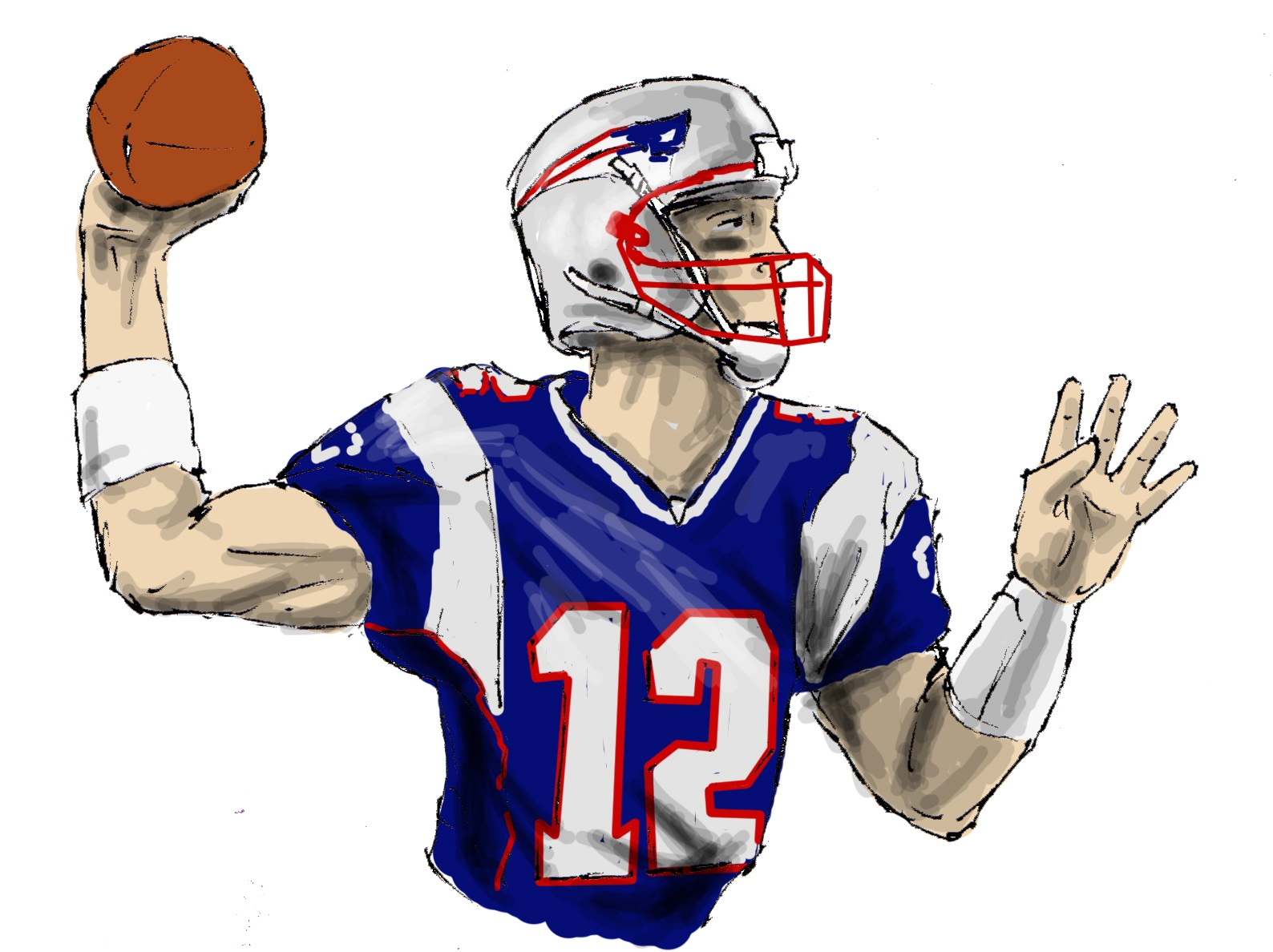 However, Brady has never been one to settle for anyone else’s definition of himself. The same man who rose from obscurity as a sixth round draft pick-turned-benchwarmer all the way back in 2000, to eventually win six Super Bowls for the same team, was not easily deterred. The moniker of Greatest of All Time (G.O.A.T.) was already being given to him after his unlikely fifth Super Bowl win in 2017, coming back from a notorious 28-3 deficit to Atlanta in the second half. With his fifth championship victory, Brady eclipsed the four rings that other quarterback greats had earned — including the Pittsburgh Steelers’ Terry Bradshaw and the San Francisco 49ers’ Joe Montana, who Brady grew up idolizing as a boy in San Mateo. But Brady had always been inextricably linked to the similarly intense Bill Belichick, who was rumored to have mulled over replacements for Brady — especially during the Deflategate saga of 2016. So, while everybody else was nothing but confused during 2020, Tom Brady was certain that he wanted to switch teams and play for the Tampa Bay Buccaneers — sometimes referred to as the “Suckaneers” for their historic record of losing. When Brady brought Tampa a Super Bowl in his very first season there, and at the ripe old age of 43, the name G.OA.T. was a sure thing. He had succeeded in setting himself apart from the rest — and had even defeated Patrick Mahomes II — the heir apparent of the NFL for the new generation. Surely, he could call it quits now, right? Nope.

Tom Brady’s decision to continue playing in the NFL became both impressive and a punchline. Since the quadragenarian was unstoppable against foes who were half his age, he routinely poked fun at either his retirement, or on how long he would continue playing for, in commercials or interviews. After one more year with Tampa, Tom fell just short of victory in the NFC Divisional Round against the Los Angeles Rams — who would go on to hoist the Vince Lombardi Trophy. But before the Rams would reach the big game, Brady dropped the announcement — after his retirement news, he was hijacked by investigative reporting. In typical Brady fashion, he was the center of attention. Many thought he’d take the season off, then return, but Brady took just over a month to change his mind. But more than the confusing retirement announcement making his actual quitting seem hollow, Brady’s final dance in the NFL did not live up to everyone’s expectations of the man who has almost ascended to legend status. His final season lacked the Hollywood ending that he seemed to be making for himself in his own endeavors — endeavors that give us a glimpse into what we can expect from Brady in the next chapter of his life.

With all the net worth he has accumulated from football, Brady could retire for hundreds of lifetimes. But Brady has branched out into a new health and lifestyle brand — appropriately titled TB12, in reference to his initials as well as the number that is synonymous with his name. Brady’s TB12 offers everything from clothing and apparel to nutrition products. The company is successful, as it is connected to the world famous sports star. Although, it has attracted additional coverage for the quarterback since some of the health advice has been deemed to be unconventional. Brady’s own diet has attracted some attention. Brady has a strange list of foods he eats and does not eat. What he does eat is 80% vegan, which may very well have a lot of health benefits. But Brady also apparently lays off white sugar, coffee, tomatoes, mushrooms, bread or any dairy. What he does consume is, allegedly, 37 glasses of water a day. For this, and a multitude of other reasons, Brady’s brand has come under criticism as being pseudoscientific. Nevertheless, building a brand in the world of sports has been a big success for Brady in building a brand around himself.

Brady’s new endeavors are even more telling of what we can expect for his future though. He founded 199 Productions, a film studio conspicuously named after his draft number to remind folks out there of Brady’s meteoric, Hollywood-like rise from oblivion to the heights of athleticism. He already has a new movie being released by his studio starring Hollywood legends Sally Field and Jane Fonda among others. The film will be titled “80 for Brady,” and it centers around a group of elderly fans who travel across country to watch Brady in the 2017 Super Bowl — perhaps the greatest moment of Brady’s career.

The most recent hint that Brady cannot play until he is eligible for Social Security came with the news that Brady will continue his sports career as a play-by-play commentator for FOX Sports. Brady will apparently earn $375 million over 10 years.

Most people in Brady’s position would have no problem walking away after a comparable career. Brady has broken nearly every single record of an NFL quarterback — including total touchdown passes, passing yards, completions, games won and so much more. This is not even mentioning the staggering seven Super Bowl championships, the 10 total appearances and three NFL MVPs. I have probably rooted for his opponents in every single Super Bowl he has been in, but there’s always that one part of me that wants to see him succeed. No matter how much more successful he gets, Brady will still always be the ultimate underdog. He is the David and Goliath story in American sports. Starting from a humble upbringing, overlooked status as a football player starting out and a dim horizon of ever even getting off the bench, Brady has become a household name by exhibiting the up-by-the-bootstraps work ethic that is often still unreachable for so many out there. Nevertheless, we still hope that — in whatever field we hope to break into — we can be successful ourselves, especially still when we reach older age.

Brady is definitely set to return this 2022-23 football season, and this truly seems like it will be his last dance. Brady has many options on the horizon that are both lucrative and exciting. But, if Brady’s career has proven anything, it is more than profit that motivates him. It is the desire to do something that has never been done before. And while this seems impossible for such a veteran of the sport who now sets his sights on Hollywood and entertainment, a cinematic ending to his career is something that we can all definitely count on.