One Small Organism Known to Man, One Giant Potential Leap for Mankind

We’ve all dreamed about traversing the cosmos as shown in popular movies such as “Star Wars” and “Interstellar.” Sadly, the phenomena of traveling at speeds necessary for interstellar exploration at the human scale is one that is incredibly complex and not close to being solved. A future solution could lie within research being conducted by two UC Santa Barbara professors, Philip Lubin and Joel Rothman. The duo hope to utilize a propulsion laser that uses light as a propellant to send “wafercrafts” — which could be the size of your hand — at speeds of up to 100 million miles per hour. “Wafercrafts” are thin slices of a semiconductor that are fitted with protection from radiation and dust bombardment to make it more suited for space. This type of space travel would shorten the time needed to reach the next solar system to 20 years. In addition, loading a tiny organism known as C. elegans onto one of these “wafercrafts” could lead to retrieval of data that may influence future human space travel. The researchers note that this project is generational, and sending humans into space is still a distant dream. However, by making significant advancements now, the research being conducted by the pair has the potential to impact future generations of space travel. 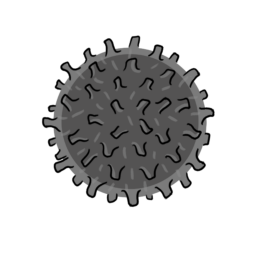 The sudden spread of the omicron variant of COVID-19 caused widespread panic and strain on hospitals and healthcare workers. Luckily, countless scientists and researchers worked quickly and efficiently to help mitigate the damaging consequences of the variant and to come up with effective solutions to this powerful force of nature. One such researcher was Zach Aralis, a doctoral student at the UCSB Department of Biomolecular Science and Engineering. Over the winter break, Aralis worked on developing a test that could rapidly and reliably detect the presence of the COVID-19 omicron variant, something which the world at the time was desperate for. “Rapid detection of new SARS-CoV-2 variants is the first step to preventing local COVID surges,” Aralis stated. In conjunction with the Santa Barbara County Public Health Department, Aralis was able to get ahold of the omicron variant genome and already available genetic data for the first two strains, and ultimately was able to develop a way of detecting omicron sublineages BA.1 and BA.2. “Using this method we detected the first cases of omicron here in Santa Barbara County which empowered clinicians to modify treatment strategies and public health officers to enhance contact tracing strategies,” Aralis said. Additionally, Aralis said that the test is “highly adaptable” and will hopefully be able to be modified as needed and to serve as a template for rapid tests to detect future COVID-19 variants.

Last year, Alyson Santoro, a marine microbiologist at the UC Santa Barbara Department of Ecology, Evolution, and Marine Biology, proposed a project to design bioplastics specifically made to degrade naturally. According to the project proposal, the aim is to develop “materials for the marine environment by explicitly considering the metabolism of microbes in the environment in which they are expected to biodegrade.” The proposal states that these environmentally friendly plastic materials may be used to improve various marine industry applications including research apparatuses such as oceanographic sensors — one of the largest contributors to plastic debris in the oceans. “More than one solution is necessary to solve the ocean plastics problem,” Santoro said. “Our research is investigating whether polymers made by bacteria will degrade more quickly in the ocean and with fewer harmful byproducts than petroleum-based plastics.” These biodegradable plastics are a promising step in the move away from single-use plastics and toward a more sustainable future.

The Black Hole by Home 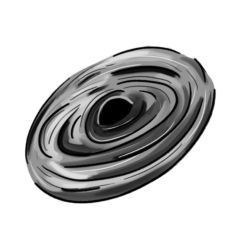 While scientists have long predicted that a black hole resides at the center of our galaxy, the Milky Way, the physical existence of one was only recently confirmed. Joseph Farah, a National Science Foundation (NSF) Graduate Research Fellow at UC Santa Barbara and collaborator at the Las Cumbres Observatory, has worked in conjunction with more than 300 researchers around the world to capture the first image of the black hole at the center of Earth’s galaxy, formally known as Sagittarius A*.

Through the Event Horizon Telescope (EHT) project, Farah and his peers have pieced together a single image of the black hole by averaging thousands of images taken by telescopes from around the globe, all of which join together to create an Earth-sized telescope. At 27,000 light-years away from Earth, Sagittarius A* is difficult to observe, not only because of its distance (scientists compare its visibility to seeing a donut on the moon), but its size. It is much smaller than M87*, the black hole at the center of the Messier 87 galaxy that had been photographed by EHT in 2019. For this reason, the speed at which the light is warped around Sagittarius A* is much faster. Producing an image in rapid motion requires more attention and technical analysis.

This groundbreaking image has improved scientists’ knowledge of the greatly mysterious characteristics of black holes. The confirmation of Sagittarius A* not only agrees with the accepted laws of physics, including Albert Einstein’s theory of general relativity, but has larger implications for the future of science. “My research into the development of selective dynamical imaging helps us make movies of the black holes we observe,” Farah said. “If we can make a proper movie of a black hole like Sgr A*, we can watch accretion material fall directly in and have a whole new opportunity to test general relativity and probe the extremes of physics.” 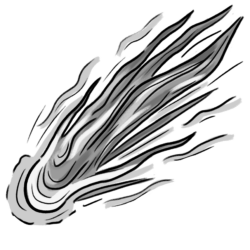 Cosmic impact to the Earth’s surface poses threats to the safety of the planet’s inhabitants. The Chicxulub impactor, for example, was an asteroid that had hit Earth 65 million years ago and was responsible for the extinction of the dinosaurs. The risk of such a dangerous collision, although rare, is not impossible, as it is difficult to predict if and when objects may be on a trajectory towards Earth.

UC Santa Barbara physics professor Philip Lubin has worked in conjunction with UCSB Department of Physics Jr. Specialist, Alexander Cohen, to propose strategies to defend the planet against the collision of space debris. The “Pulverize It” (PI) strategy uses hypervelocity kinetic penetrators — laser-like technology — to break apart larger bodies into smaller fragments, which would enter the atmosphere, where the now house-sized pieces would be vaporized. This method of defense is effective on shorter time scales, in contrast to comet or asteroid deflection, which would require the knowledge of a collision course much earlier on the objects’ path.

“Humanity has reached a technological state of evolution where it can begin to seriously and methodically control its fate with regards to cosmic threats from asteroids and comets by applying recent breakthroughs in both the detection of these threats as well as new ways of rapid mitigation of these threats,” Lubin said. “This combination allows us for the first time as a species to help ensure our survival and the survival of future generations from this class of threat.”

In November of last year, the lab of Spencer LaVere Smith, an associate professor in UCSB’s Department of Electrical and Computer Engineering, reported that they had developed a new microscope they refer to as Dual Independent Enhanced Scan Engines for Large field-of-view Two-Photon imaging (Diesel2p). Diesel2p is a crucial breakthrough in the area of brain imaging due to its ability to provide an extreme level of precision. The microscope, with its 25 square millimeter field of view, allows for both simultaneous two-region imaging and sub-cellular resolution. The microscope utilizes a type of fluorescence microscopy — a process which relies on proteins in a sample that emit photons of light when reacting with specific compounds. The two-photon nature of Smith’s team’s microscope enhances this process by reducing the amount of the resulting light that is out of focus, allowing for a clearer picture of what is being imaged. These innovations will doubtless prove useful in the advancement of neuroscience research. 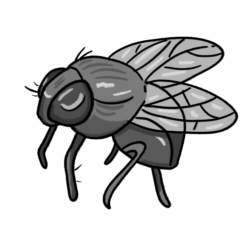 During February of this year, the Montell Lab, led by Duggan Professor Denise Montell of the molecular, cellular and developmental biology department, published a paper in Nature Communications on utilizing reproductive diapause in Drosophila — the common fruit fly — to extend the viability of stem cells. Diapause is when flies halt their reproductive development in response to stress in order to save energy. Montell and project scientist Sreesankar Easwaran, who was lead author of the paper, sought to utilize this natural process to extend the longevity of stem cells. Removing a compound called juvenile hormone, a molecule that serves a function in egg production, and then reintroducing it into the flies’ system proved to elongate the flies’ reproductive period, making stem cells more available. The fly serves as a model organism and discoveries about its system can be connected to the more complex human system. Specifically, a method to make stem cells more viable could aid in tissue renewal and de-aging.

Last fall, a National Science Foundation grant of $1.8 million was granted to a biomaterials research team consisting of five faculty researchers from UC Santa Barbara, the University of San Diego, the University of Chicago, Rochester Institute of Technology and Syracuse University. Their research aims to construct a design for biotic-abiotic materials that use bacteria and proteins to autonomously power polymer networks filled with water, which are called hydrogel actuators. Similar to what plants do in their cells, these actuators adjust the water concentration to move in response to stimuli like light or temperature. The team’s proposed applications of an autonomous biotic-abiotic material is representative of the diversity of expertise among the members. The team consists of members with backgrounds in genetics, molecular biology, biophysics, computation and theory, fostering synergies of ideas for the implementation of this design into packaging, robotics and biotechnology.

Biologists are researching and conducting clinical trials with the goal of developing methods to cure blindness. The California Project to Cure Blindness-Retinal Pigment Epithelium 1 (CPCB-RPE1) is an investigational implant that works to combat the effects of Retinal pigment epithelium (RPE) dysfunction, which leads to degenerative, and often severe, vision loss.

The trial has shown a 2-year survival of the donor cells without indication of inflammation or immune responses that would trigger the rejection of the implants. This result is proving successful despite the significant differences in the donor-specific human leukocyte antigen (HLA) class I molecules, genes that are important for disease and immune defense. However, their incompatibility with the host may have negative consequences.

The clinical trial is ongoing and continues to be researched. The goal is for the implanted cells to replace those that are deteriorating, not only in quantity but in function.