The Daily Nexus
News
UCSB and Isla Vista Honor Victims of the 2014 Isla Vista Tragedy
May 24, 2022 at 2:29 pm by Holly Rusch and Melea Maglalang 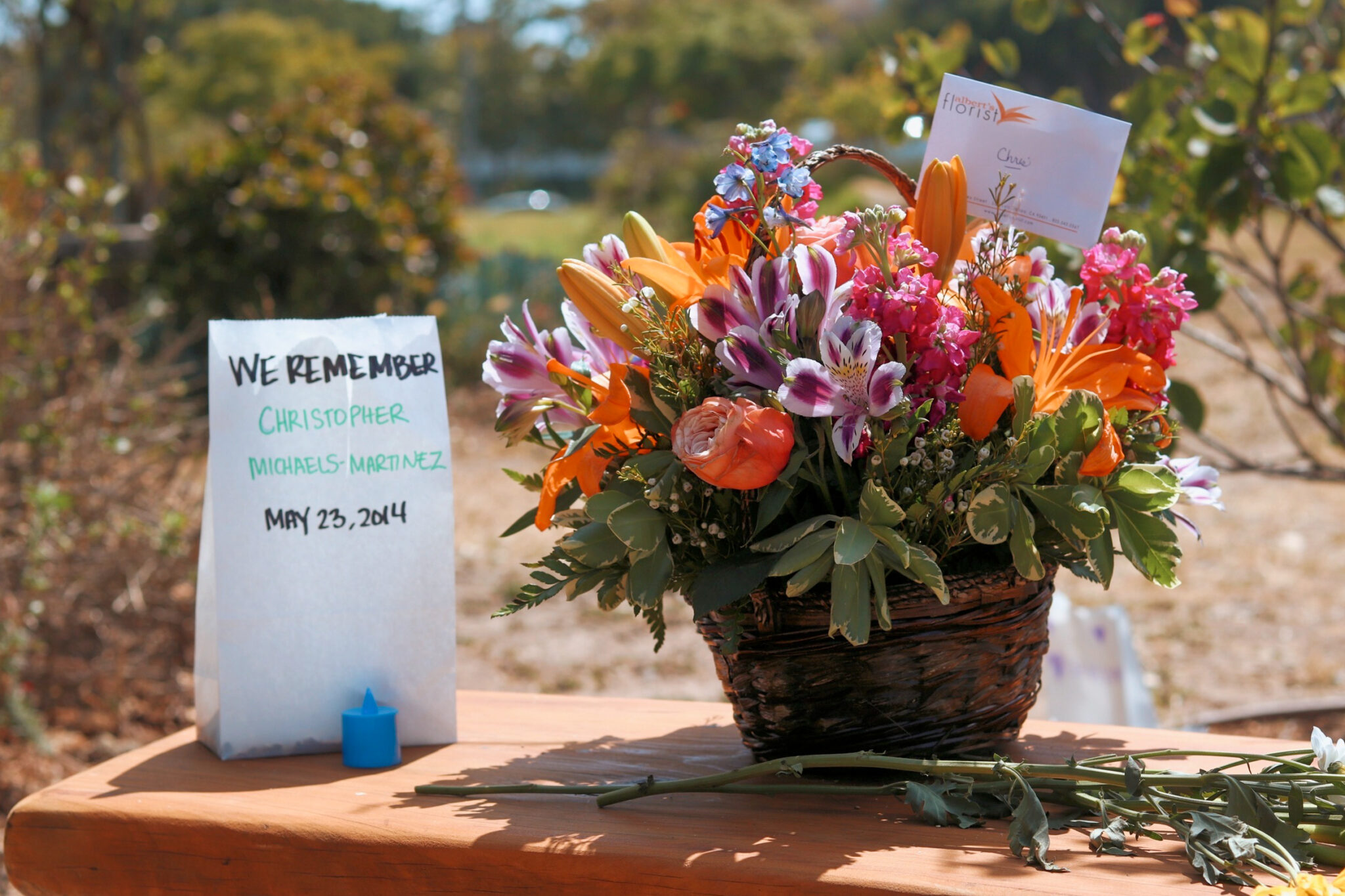 Throughout the garden — which is located in People’s Park  — are six benches, built in honor of each of the victims of the tragedy. Kailey Diaz/Daily Nexus

Throughout the garden — which is located in People’s Park  — are six benches, built in honor of each of the victims of the tragedy. During the memorial event, their stories were displayed on their respective benches, and the garden was lined with paper bags displaying hearts and messages of remembrance.

For Assistant Vice Chancellor and Dean of Student Life Katya Armistead, the day of remembrance is an opportunity to honor those that lost their lives and reflect on how to better serve the student community.

“Some really wonderful things came out of this horrific event in terms of community, how we started looking at Isla Vista differently and how important Isla Vista is to our community as part of UCSB,” she said. “These were our UCSB students, and we don’t want that to get lost. If we had to lose these amazing students, I don’t want it to be for nothing.”

Armistead said that it’s important to continue to remember the tragedy and the lives lost.

“It is hard for us who work so closely with students, when they start getting further away from it and not realizing how precious life is, how important mental health is, how we can take care of one another and how we can come together during really tough times,” she said.

UCSB alumnus Albert Zeng said the memorial was important for reviving the memory of those impacted by this tragedy.

“It’s important that we keep this event in our memory. We remember the people that were affected by it, and we just don’t let them fade,” he said.

“It’s always the perpetrators that get glorified, and then they get all the attention, and no one knows the names of the people who were affected. They just become another statistic,” Zeng continued.

Second-year aquatic biology major, Ella Markley, said the memorial served as a reminder to the current generation to do what they can in order to not let something similar happen in the future.

“[The tragedy] shook everyone to the core, and to realize it happened so close, and it happened to people our age who were just college students who weren’t doing anything wrong — it shook everyone,” she said. “I think it still does to this day, and made us, from what I understand, come together a lot and support each other in the community because it affected everyone.”

“It’s good that we keep remembering [the people affected], and remembering what happened so we can do everything in our power to make sure it doesn’t happen again,” Markley continued.

Director of UCSB’s Counseling and Psychological Services Brian Olowude was also in attendance at the day of remembrance.

“We have to remember the hope and promise of each one of these students; we have a responsibility to make sure that it’s not lost as we move forward,” he said.

“When we were struck by another tragedy and loss of students who had such promise and each tragedy afterwards, we start to get a little more numb,” Olowude continued. “We have to remember the hope and promise of each one of these students so that we aren’t repeating it, so we aren’t at another memorial, we aren’t at another remembrance.”