As one of the Living & Learning Communities in UC Santa Barbara’s university housing, Santa Ynez’s Lavender Living is a housing option that works to cultivate a safe and supportive living environment for students and allies of the LGBTQIA+ community. 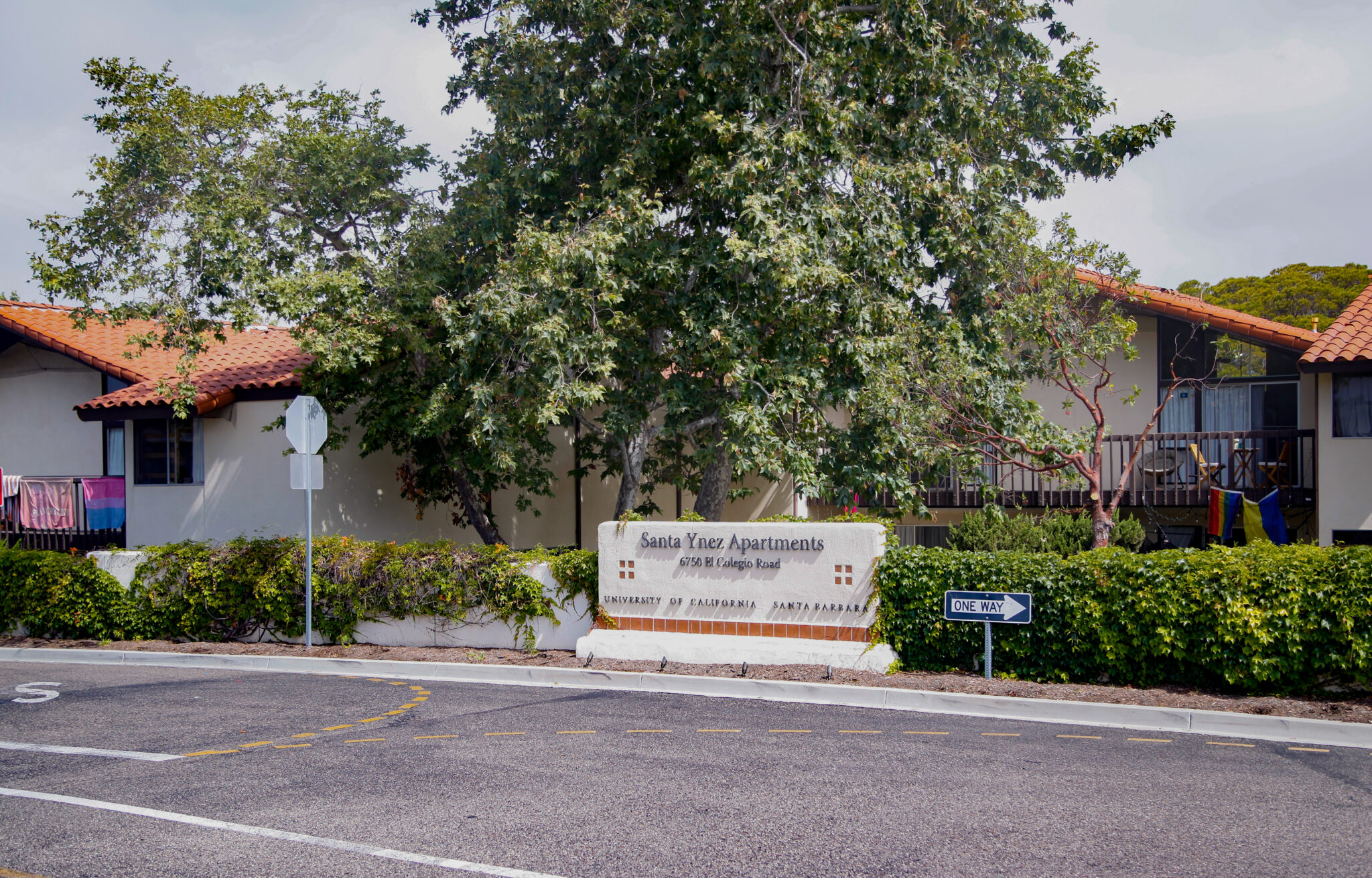 Rodriguez said Lavender Living’s utmost priority is the safety of its residents and the visibility of the LGBTQIA+ student community. Mark Alfred / Daily Nexus

The Lavender Living Learning Community (LLC) is located in the Gibraltar Village of Santa Ynez and is a new housing option that was recently established between 2017 and 2019.

“It’s our mission to provide a safe and comfortable space for LGBTQIA+ students to find housing and community within the housing options that we have to offer,” said Assistant Complex Coordinator for the undergraduate apartment and UCSB alum Jesse Rodriguez.

Rodriguez said the intention behind the establishment of Lavender Living was to create an extension of the Rainbow House LLC — a housing option for first-and second-year LGBTQIA+ students located in Manzanita Village — as an apartment option for UCSB’s continuing and transfer students.

“Rainbow House LLC is more geared toward first and second years, people who are just coming into UCSB, and it’s also more dormitory style,” he said. “So the idea behind [Lavender Living] was wanting to offer the option for folks who wanted to continue with residential and community living and have that apartment experience.”

Rodriguez said Lavender Living’s utmost priority is the safety of its residents, along with visibility of the LGBTQIA+ student community at UCSB.

“Our main goal for Lavender Living and Rainbow House is to create a safe environment where folks can choose to live with someone who either identifies the same or also identifies as part of the LGBTQIA+ community and to create visibility for that community,” they said.

“A goal that we have had that we’ve been discussing this year and hopefully for upcoming years is also to connect [the residents] academically, and we are in the works of that,” Rodriguez said. “That’s definitely something that’s going to be a bigger project for years to come, but the main thing is safety, visibility and creating an environment where they can connect to one another.”

“There were specific [LLCs] that I just had a connection to and Lavender Living was one of them,” Salcido said. “I’m really happy I got here because everyone is so nice. I’ve not had a bad experience talking to anyone, and they’re all very welcoming.”

As a member of the LGBTQIA+ community, Salcido said she is passionate about ensuring that residents in Lavender Living feel supported.

Lavender Living, like other LLCs, hosts events throughout the year for its residents to foster community and cultivate connections. Salcido spoke to the focus on arts and crafts events this past year.

“I did bracelet making, that was a lot of fun. We did painting rocks, and that went over very well,” she said. “They were usually arts and crafts events because I took a poll and that’s what people wanted to see, so I just wanted to make sure that what they wanted was what I was giving to them.”

Other events hosted for Lavender Living residents include LGBTQIA+-themed movie nights and mixers, along with external entities like the Office of the Student Advocate hosting a dance party in the Gibraltar Community Center.

Next year’s RA for Lavender Living will be third-year biology major Stanton Li, who resided in the Lavender Living apartments this year and spoke to the unique sense of community it cultivates for students.

“Everyone in Lavender Living that I’ve encountered when I was living there was so incredibly friendly, open and honest with each other,” he said. “This is kind of cliche, but I feel like people really understand what it’s like to be queer and what it’s like to grow up with that trauma and experience, and that really bonds us together.”

Li said he wants to offer a breadth of programming for Lavender Living, from tarot card readings to “RuPaul’s Drag Race” watch parties.

Looking forward, Rodriguez spoke to feedback he and the LLC committee — which is composed of different members of residential and community living, lead staff members, directors and more — received, specifically touching on the placement process of residents into the LLC for this past year.

“Most of the feedback had to do with placement, which has been a bit tricky this year because of the housing crisis,” they said. “We definitely try to catch as much as we can in terms of LLC preferences and folks who identify with the community, but just the way that this year has been, I think there have been a couple of things that have fallen through the cracks.”

Another project Lavender Living is working on is providing non-gender bathrooms in the Santa Ynez community centers, which currently have mostly gendered bathrooms available for its residents.

Above all, Rodriguez said from the connections it fosters to the rainbow flags decorating the balconies of these apartment units overlooking El Colegio Rd., Lavender Living is an active community of LGBTQIA+ students and allies that lives vibrantly and resiliently together.

“Even just in passing through the community on my [way] home to my apartment, I always noticed that folks are building that community, taking it onto themselves to make sure they’re talking to their neighbors and getting to know other folks in their community,” Rodriguez said. “I definitely would say that it’s one of the most vibrant and resilient communities here in Santa Ynez … and they’re doing the work to create the community themselves.”