The Daily Nexus
News
oSTEM at UCSB Creates Space for LGBTQIA+ Students in S.T.E.M. Fields
May 14, 2022 at 10:00 am by Melea Maglalang and Kyra Schimpf

When UC Santa Barbara physics professor Omer Blaes came out as gay at age 29, he felt alone as a queer-identifying individual within the scientific community. 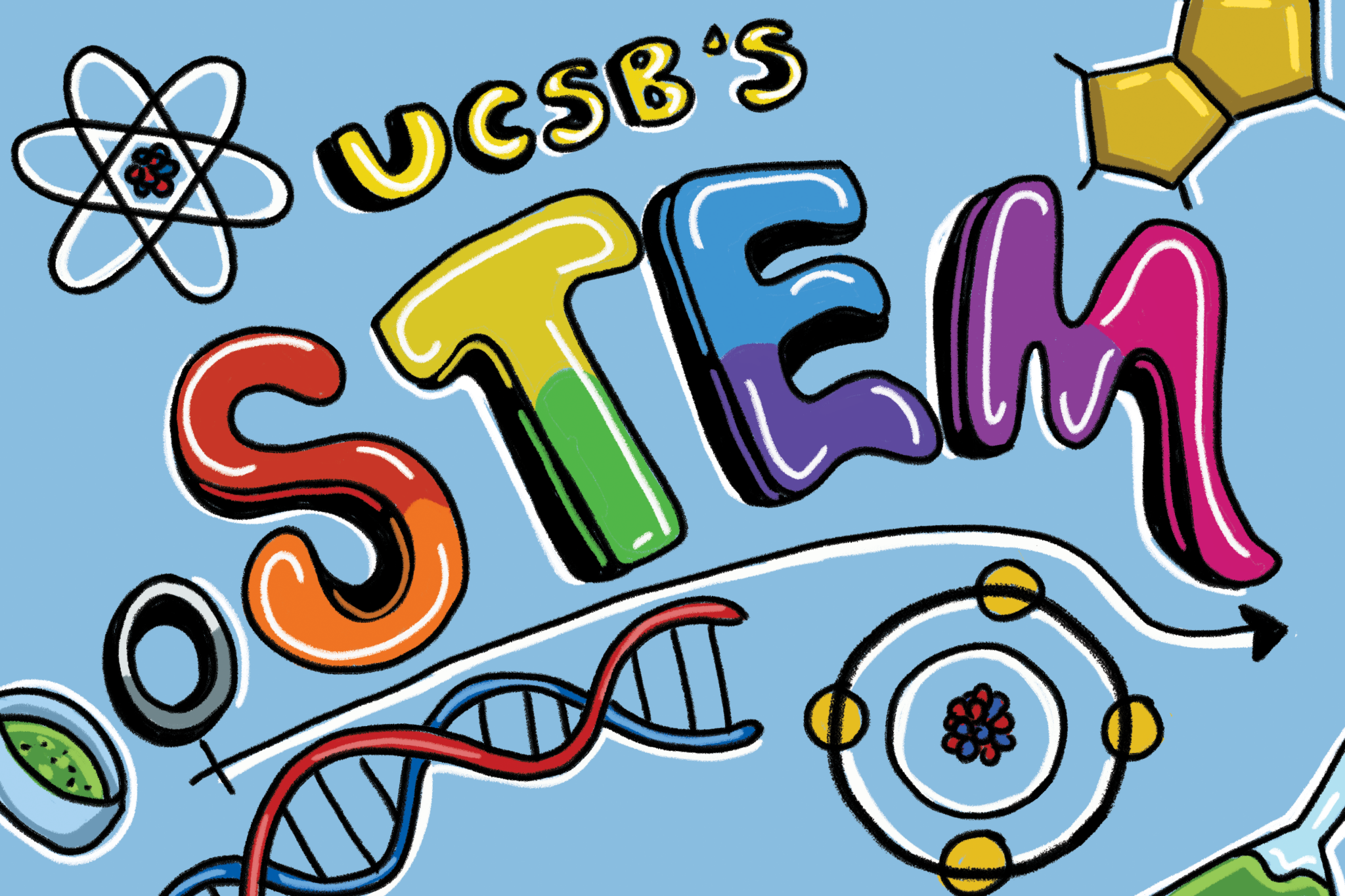 In 2013, Blaes was approached by a student to establish a chapter of oSTEM — a national non-profit professional organization dedicated to providing support for LGBTQIA+ students in science, technology, engineering and math (S.T.E.M.) careers by nurturing leadership, innovation and advocacy — at UCSB, he was excited to create an organization that would assist and affirm S.T.E.M.-oriented students with diverse sexual and gender identities.  Now, the chapter aims to help club members both professionally and academically by hosting annual conferences, workshops, speakers and socials.

“It can be hard to be in the science environment and not know whether you’re alone or not, not be able to talk to anyone about what you’re going through, not be able to find the support that you need,” Blaes said.

Blaes said that during his time as a student and professor in S.T.E.M. fields, limited support existed for LGBTQIA+ students.

“It’s actually incredibly personally heartwarming for me to see this: that they are supportive of each other in everything that they’re going through because, especially at their age, these young people struggle with all sorts of things, and this is not an easy thing to struggle with,” Blaes said. “It’s amazing to see young people make such a positive thing happen, and it really is truly inspiring for older people like me.”

Blaes said the existence of oSTEM can help establish a space for LGBTQIA+ students in S.T.E.M. fields by affirming their presence.

“Just [oSTEM’s] very existence makes it easier for LGBTQ students in the sciences to come out,” Blaes said. “There’s this classic stereotype of the queer community that they don’t exist in the sciences, that they’re all in the humanities and social sciences, and that is emphatically not true.”

The national oSTEM organization holds annual conferences for members of the community and creates networking opportunities with queer scientists across the country, both with students from other universities and with those in established professional positions. Blaes said these conferences are places of visibility for queer students.

“[oSTEM] creates a visibility that is good for people who are still struggling with their own identities,” he said. “More than that, they provide a social space for such people and a support space, and then they connect these people to this larger, ultimate community. It’s establishing connections with future job opportunities and also just visibility and helping you be comfortable in your own skin and your own identity.”

Third-year biochemistry major in the College of Creative Studies and oSTEM President Aurora de Tagyos said the chapter also held its own speaker events this year, with one featuring a physician who spoke about navigating medical school as an openly gay man.

“We are forming a queer S.T.E.M. community — but also having grad students who are queer in S.T.E.M., having professionals share their experiences,” de Tagyos said. “Our main goal is to create both a social community group but also to have those professional development aspects necessary for S.T.E.M.”

“In S.T.E.M. fields, there’s often this presumed veneer of dissociating humanity from your work. Everybody always talks about how, ‘I don’t judge people, I judge you based on your work,’ but a lot of people can find that atmosphere very stifling, similar to being in a closet,” Thibodeaux said.

According to Thibodeaux, S.T.E.M.-oriented students holding marginalized identities often face exclusion, hostility and a lack of support in S.T.E.M.

“You see a lot that people who do not feel welcome in S.T.E.M. will leave S.T.E.M., and that’s not specifically a queer thing,” Thibodeaux said. “Many marginalized people of color will often report feeling that there are inadequate resources for them in the S.T.E.M. spaces that they are in, or feeling undersupported, or feeling that people are being outright hostile towards them.”

“People want to feel respected. People want to feel seen, and I think having these resources kind of reduces some of the emotional work that people have to go through. People spend a lot of time stressing about whether or not they belong in certain spaces or whether or not they can achieve certain things,” he said. “When it comes to having role models and other people in their situation, that is one less factor in the decision of how to navigate through their lives.”

de Tagyos expressed her appreciation of the community and the sense of personal belonging she has found through the organization.

“It’s nice to know that you’re not alone, and I feel like it’s such an inspiring community,” she said. “I also really enjoy [oSTEM] because S.T.E.M. encompasses so many different majors, and so these are peers that I can relate to not only in queerness but also with different sciences.”

Blaes said that oSTEM is crucial in providing a space for LGBTQIA+ students to feel less alone and become empowered.

“I think it’s just important to know that there are others out there like you,” Blaes said. “It has a huge, huge impact on you, that you’re not strange, that you’re not weird, that this is a normal variation on human identity, and to see other people like yourself that also have your own career interests and your own academic interests — that I just think must be enormously empowering.”