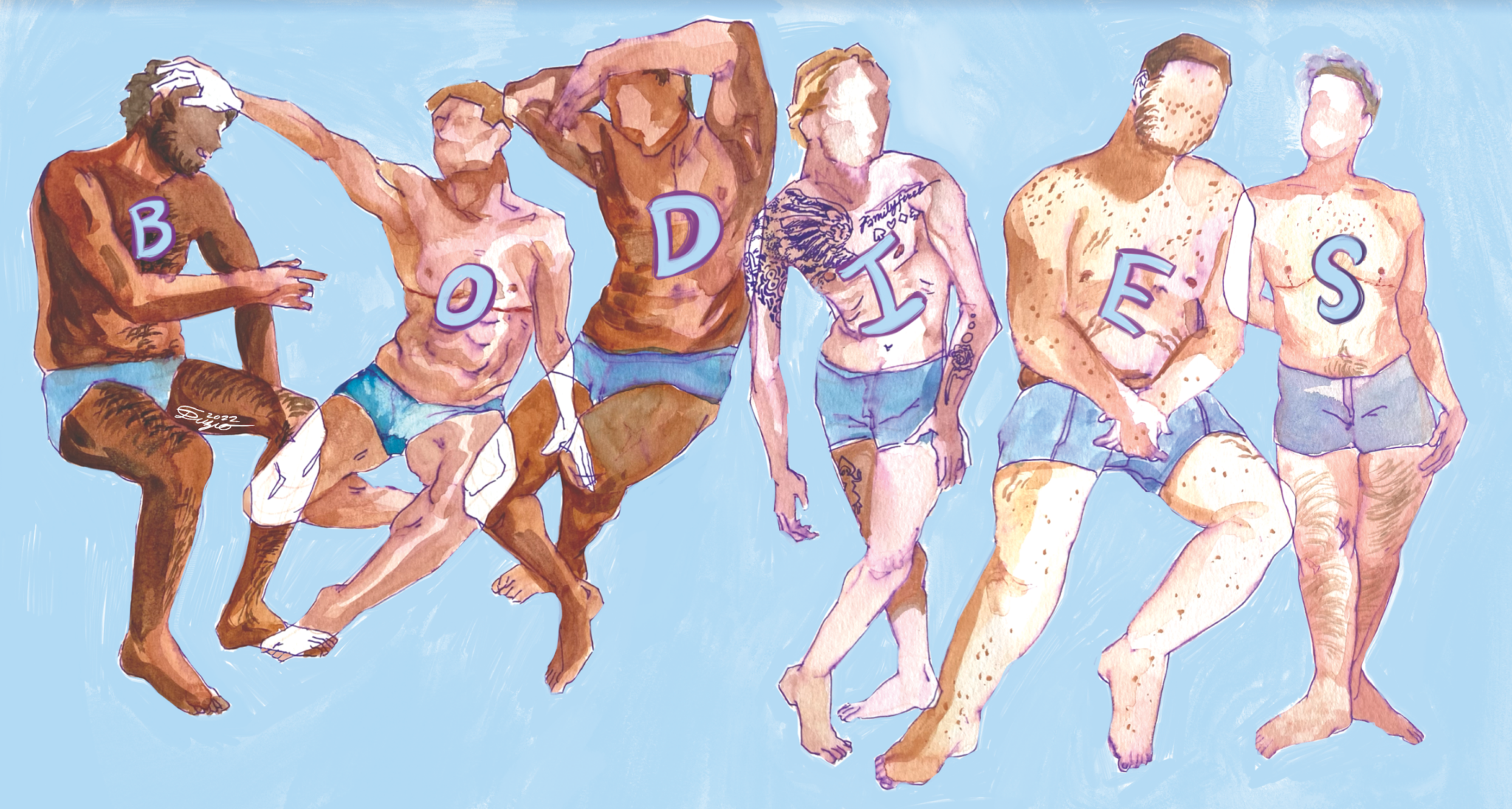 The event began with a screening of an episode of “Man Enough,” a TV series that follows conversations among Hollywood actors discussing what it means to be a man today.

After the episode, attendees shared their thoughts about the difficulties in talking about body image and how their experiences aligned with what they saw in the episode.

Fourth-year cell and developmental biology major Odin Dailo works as a UCSB Health & Wellness health promotion intern specializing in male body image and men’s eating disorders. He said that the purpose of the event was to encourage conversations around body image by providing a welcoming space for people to share their perspectives on the issue.

“What we really wanted to do was just to get men and women talking about male body image, eating disorders and stuff like that, really just allowing for a space where people could have a conversation about this stuff,” Dailo said. “Because really, in our society, it’s not something that a lot of people openly talk about, let alone even know [is] a problem.”

According to Dailo, body image is generally framed as a women’s issue, and most conversations around body image focus on women. He said the issue is just as prevalent among men, but conversations can be difficult to have because they require expressing vulnerability, which can be perceived negatively for men.

“[Body image] is generally known as a woman’s issue — a lot of people don’t know that also it’s definitely a men’s issue as well,” Dailo said.

“[It] is genuinely difficult for men to really open up about this topic [of body image] because when you talk about it, you have to put yourself in a point of vulnerability, and vulnerability [is] associated with weakness and weakness is bad.”

Health & Wellness Health Education Specialist Joanna Hill said they made efforts in the past to encourage conversations about body image with male-identifying students, but they were often met with resistance from those in attendance.

“[Health & Wellness] did have big workshops for big groups of men, and it just didn’t go well because the words weren’t there. They were like, ‘What are you talking about? This is normal,’” she said. “Sometimes, I’m the first person that they’re hearing it from.”

Hill reiterated this sentiment and said that an intrinsic awareness of one’s body going through natural changes as it grows through the late teens and early 20s can also impact one’s body image.

“Fifteen to 22 maybe is the kind of range that’s much, much more likely to have an eating disorder. Your body’s going through all these changes,” she said. “Some of the changes are praised by society, media, etc. Some are really negatively commented on by society, social media, etc. So, it’s a pretty vulnerable time in your life.”

Dailo said that society perceives the ideal male body as an image of a “toned” and “muscular” individual and bodies outside this standard as unhealthy, a misconception he argued against at the event.

Providing support for those who are struggling with their own body image can start with having discussions, like with the community event or by introducing the topic to friends in a safe and welcoming environment, according to Dailo.

“If one person has a meaningful conversation with another person about these issues, especially if female-identifying peoples talk openly and vulnerably and honestly about this, then maybe those two people can start talking openly and vulnerably with another two friends one-on-one, because it’s hard to get at a whole bunch of people to change all at once,” Dailo said.

“[Talking about] male body image is very difficult. There’s a lot of resistance. It’s a hard topic, and women are well-versed in it,” Hill said. “I’m thinking about all the different ways to reach men in this conversation, and that’s … to get men into discussing body image with women, introducing the idea of having these conversations with the men that are in your life and that you care about.”

Dailo added that having these conversations with the people around you can help bring about community change and normalize these discussions and provide support for one another.

“Some kind of social movement builds up from [having conversations with one another], then all of these people can start jumping in, and then that’s when you get community change,” he said.