The Daily Nexus
Events
Lorde’s Solar Power Tour Felt Right at Home at the Santa Barbara Bowl
May 12, 2022 at 8:00 am by Sam Franzini

New Zealand-based singer-songwriter Lorde lit up the Santa Barbara Bowl last Saturday, ending the North American leg of the Solar Power Tour. The “Solar Power” album, a testament to living in the moment and appreciating the nature that surrounds us, was perfect for the venue. 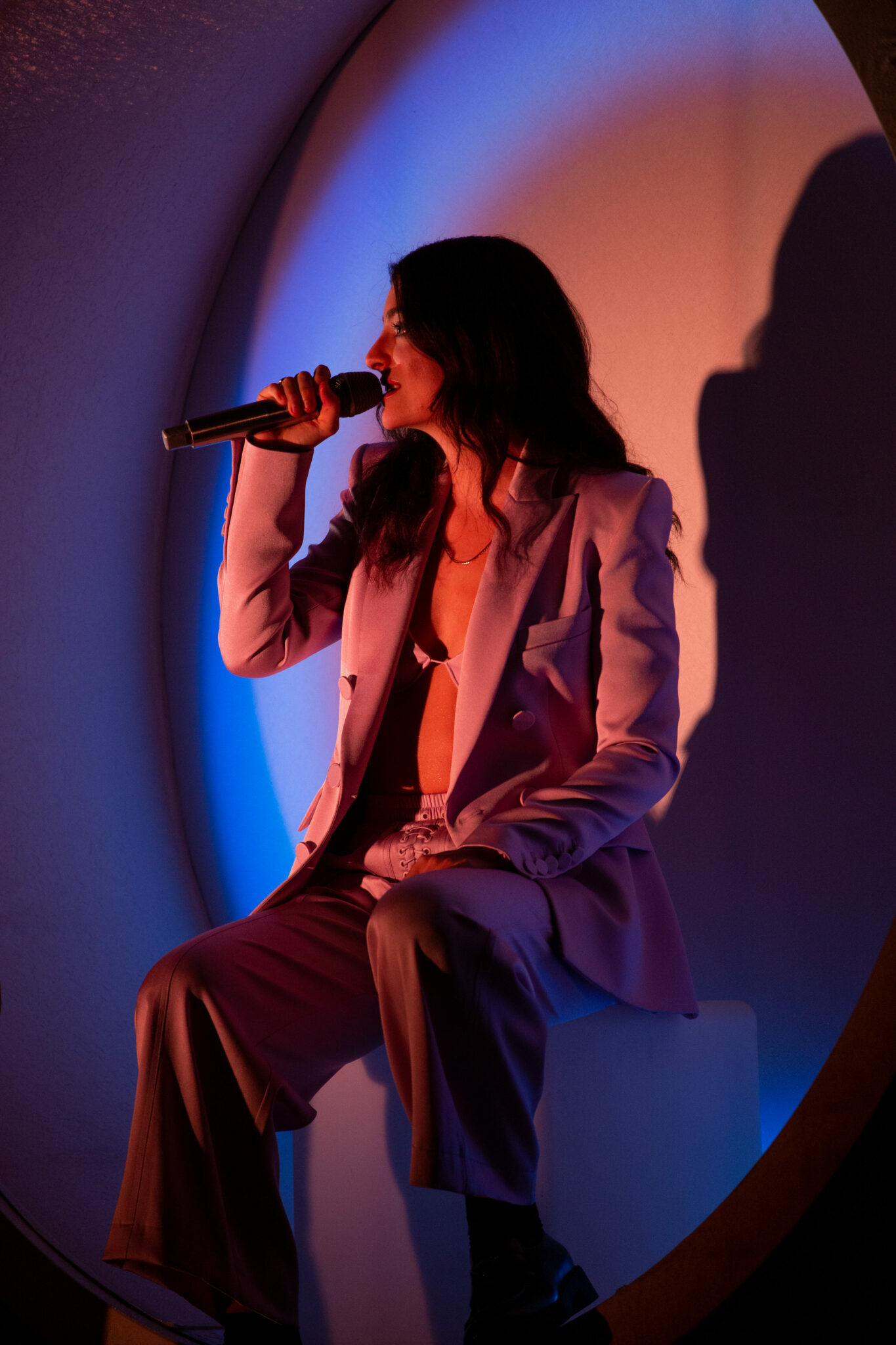 Lorde has always been entranced by nature; her songwriting adapts around it. On “Team,” she says, “The moon we love like a brother / While he glows through the room.” On “Liability,” she claims, “You’re all gonna watch me disappear into the sun.” And “Solar Power” is, well, self-explanatory. Several times during the night, she asked the audience to stop and marvel at our surroundings — the moon, stars and mountains that make the Bowl so alive.

The singer performed 10 out of 12 songs on “Solar Power,” her 2021 album. She began with the short interlude “Leader of a New Regime”; introduced “Stoned at the Nail Salon” a short while after by saying, “Now it’s time to cry”; released tons of yellow confetti as the title track hit its stride; danced around the stage as the catchy “Mood Ring” played; and peacefully performed nature-centered album closer “Oceanic Feeling” before the encore.

Her previous albums did not go unloved, though, as she performed songs from her debut album “Pure Heroine” and the critically acclaimed “Melodrama.” The encore was composed entirely of material from her debut album, as she closed the concert with the bass-thumping “400 Lux,” “Royals” and “Team.” The crowd also went wild when the first droning notes of the fan-favorite “Ribs” began to play, and its outro got everyone out of their seats to dance, despite the song’s decidedly depressing lyrics. 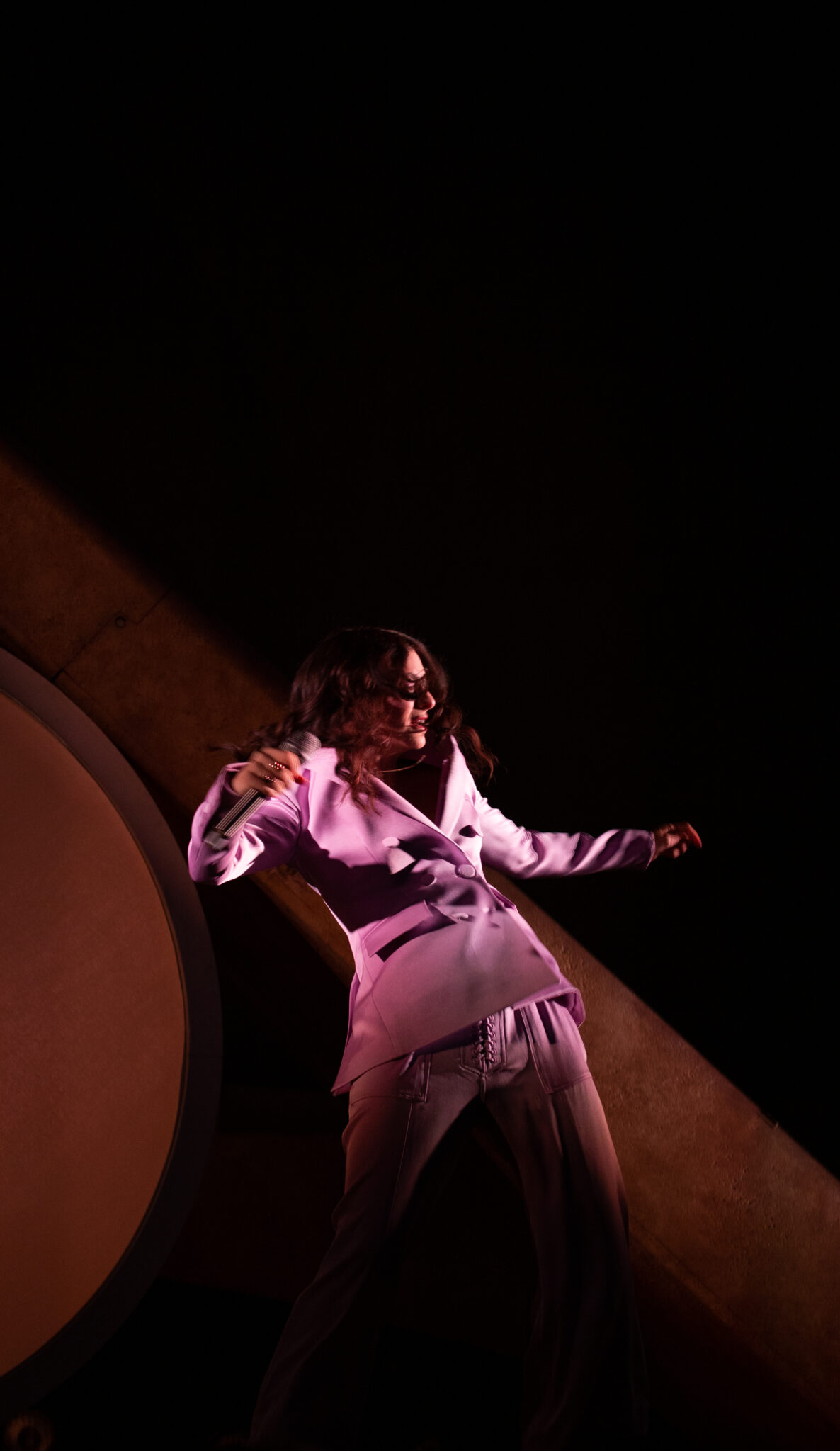 From “Melodrama,” she performed the high-energy “Sober,” “Supercut” and “Perfect Places” all in a row, then went back to “Green Light” a while later. The song’s raw power was felt as everyone in the crowd could be heard chanting, “I’m waiting for it, that green light, I want it.” (“Santa Barbara wins the award for the most vocal crowd,” she said at one point.)

Her sophomore album is, of course, known for more low-key, emotional tracks as well, so she brought reprieves with “Liability” and “Hard Feelings/Loveless.”

“The thing about really big emotional states … often they’re not permanent. And maybe that’s a good thing, you know. Because if something is that intense, sometimes you can’t live with it forever. So a lot of my music is also about holding up a strong emotional state, examining it, and either saying, ‘I’m going to keep this forever,’ or ‘I’m gonna get it out,’” she explained to the crowd between sets.

The earthier, more relaxed songs of “Solar Power” matched perfectly with her simple set design. There were bleacher-like steps in the background, a giant narrow staircase perched atop a sphere she used to sit in or perform costume changes behind. Often, like during “Fallen Fruit,” she and her band climbed up the stairs to perform. Usually, though, she sat on the steps just to chat with the audience throughout the night. 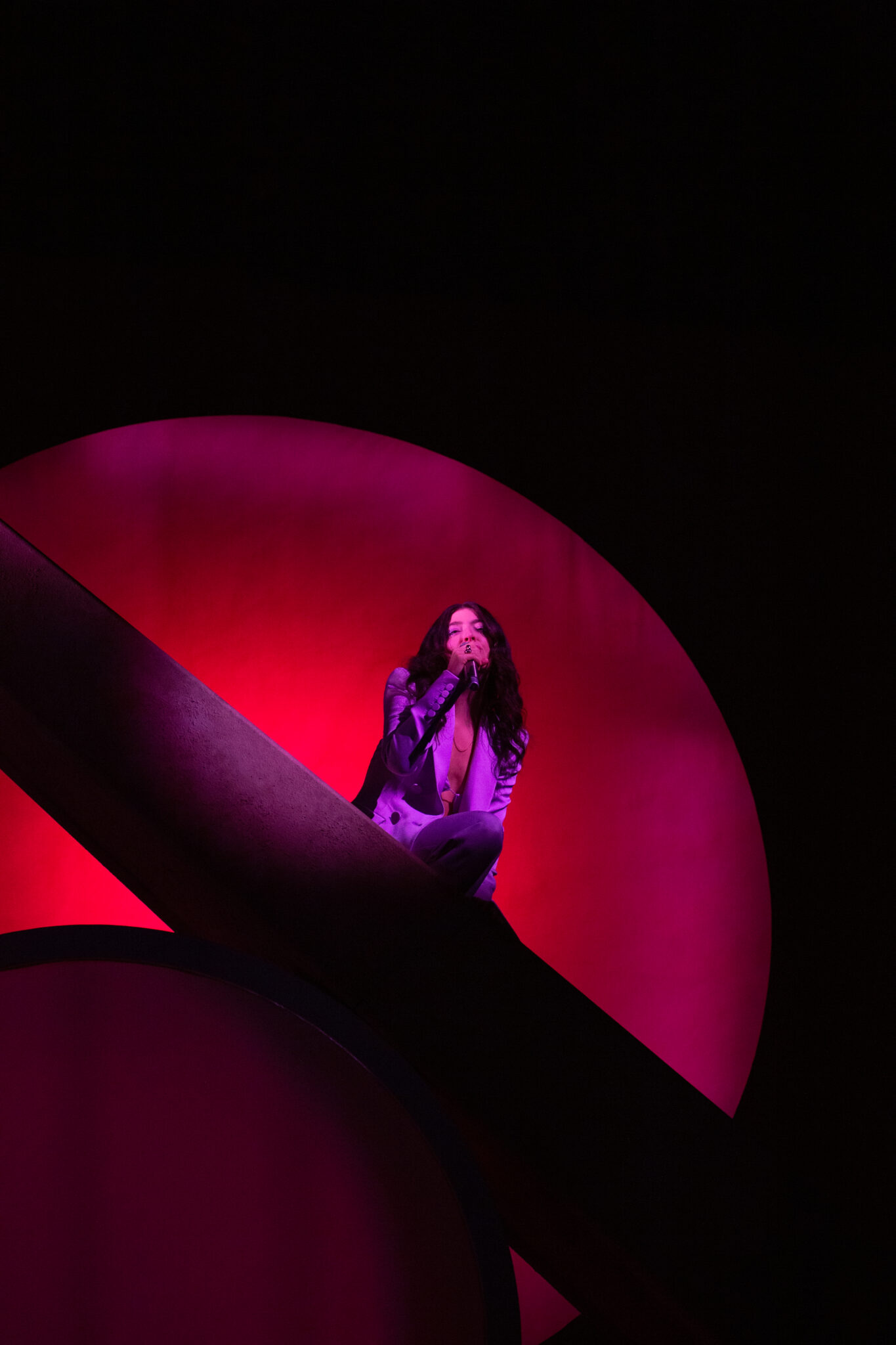 “I want you to be able to talk to me. I want to hear from you. I hear myself talk all the time, but I want to hear from you,” she stated once. “How have the last couple of years been for you? That’s a bad question, sorry. Have you got your hair a different way? Are you dating someone new? Ahh! It’s so crazy doing this show, Santa Barbara.”

“You know for me, I go away for years in between seeing you … I’m at home gardening or cooking. So when I come back, it’s very overwhelming to me, to know that you’re here and you want to be spending your Saturday night with me,” she continued.

During one chat, she talked about her emotional process, seemingly referring to each of her albums.

“Almost every song I have ever written is me saying, ‘How could this have made me feel so much? What’s going on?’ Whether that is a crush, a heartbreak or the feeling of sitting outside in the sun and being reborn, you know. It could be anything,” Lorde said.

She also detailed her life experiences over the pandemic. Though fans usually catch up with the star with her email messages, “Solar Power” also gave a glimpse into her personal life.

“If there’s one thing these past couple of years made very clear to me, it’s that everything I wasn’t completely sure about in my life … everything that was sort of borderline is now gone,” she said. “Stuff in my house I didn’t like, friendships that were kind of OK, they’re gone. There’s simply no capacity for anything like that. In a lot of ways, I feel like I’m emerging like a little butterfly out of a chrysalis, with a new, shiny set of wings.” 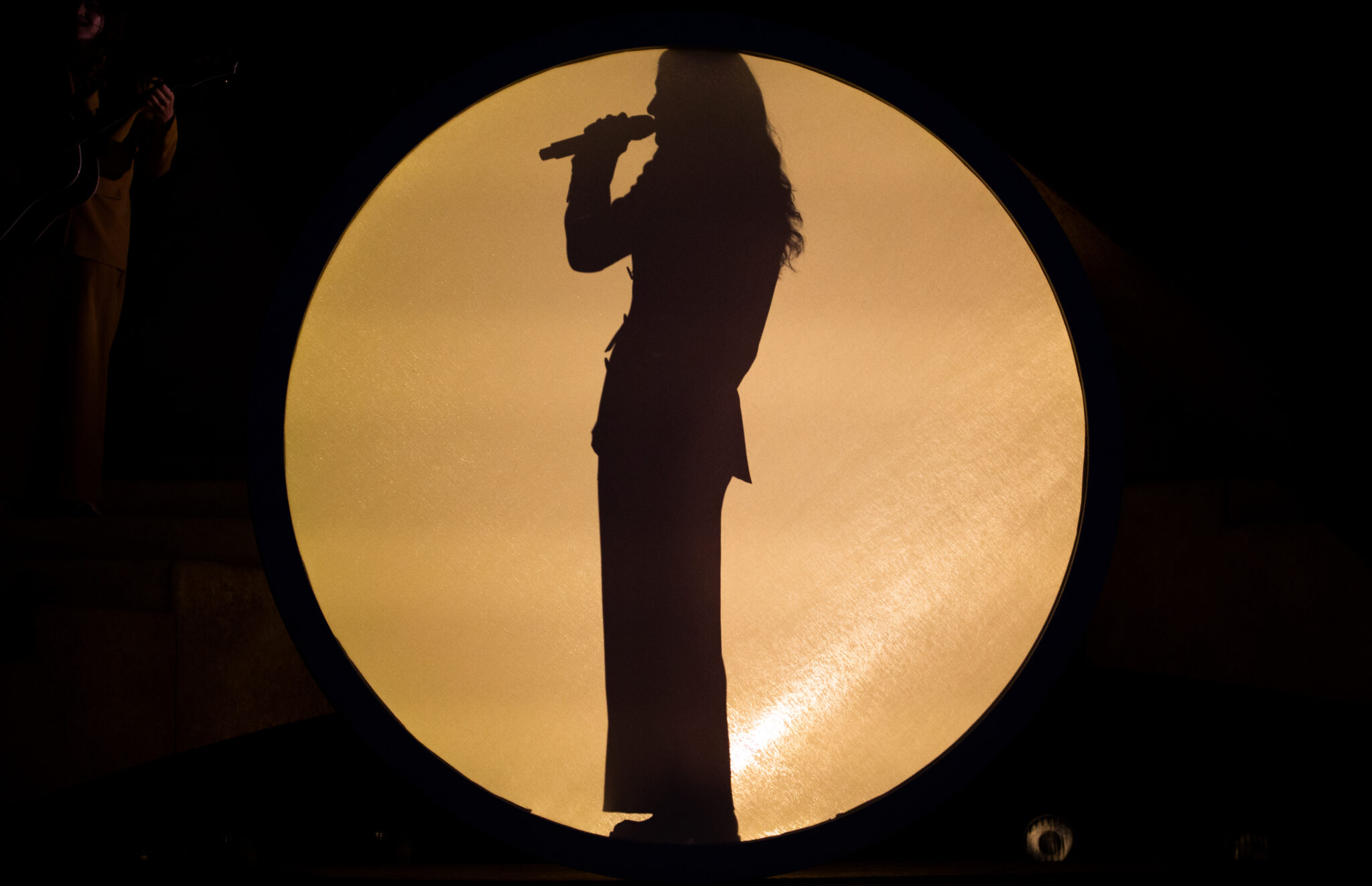 The concert was a perfect culmination of the album’s themes, ideas and feelings. Even as the night turned dark, the warmth emanating from songs like “Solar Power” and “Secrets from a Girl (Who’s Seen It All)” were palpable, along with Lorde’s love of the tracks. Though our indie-moody queen transitioned into hippy, happy songs, it’s clear that she’s never lost her passion for writing and performing.