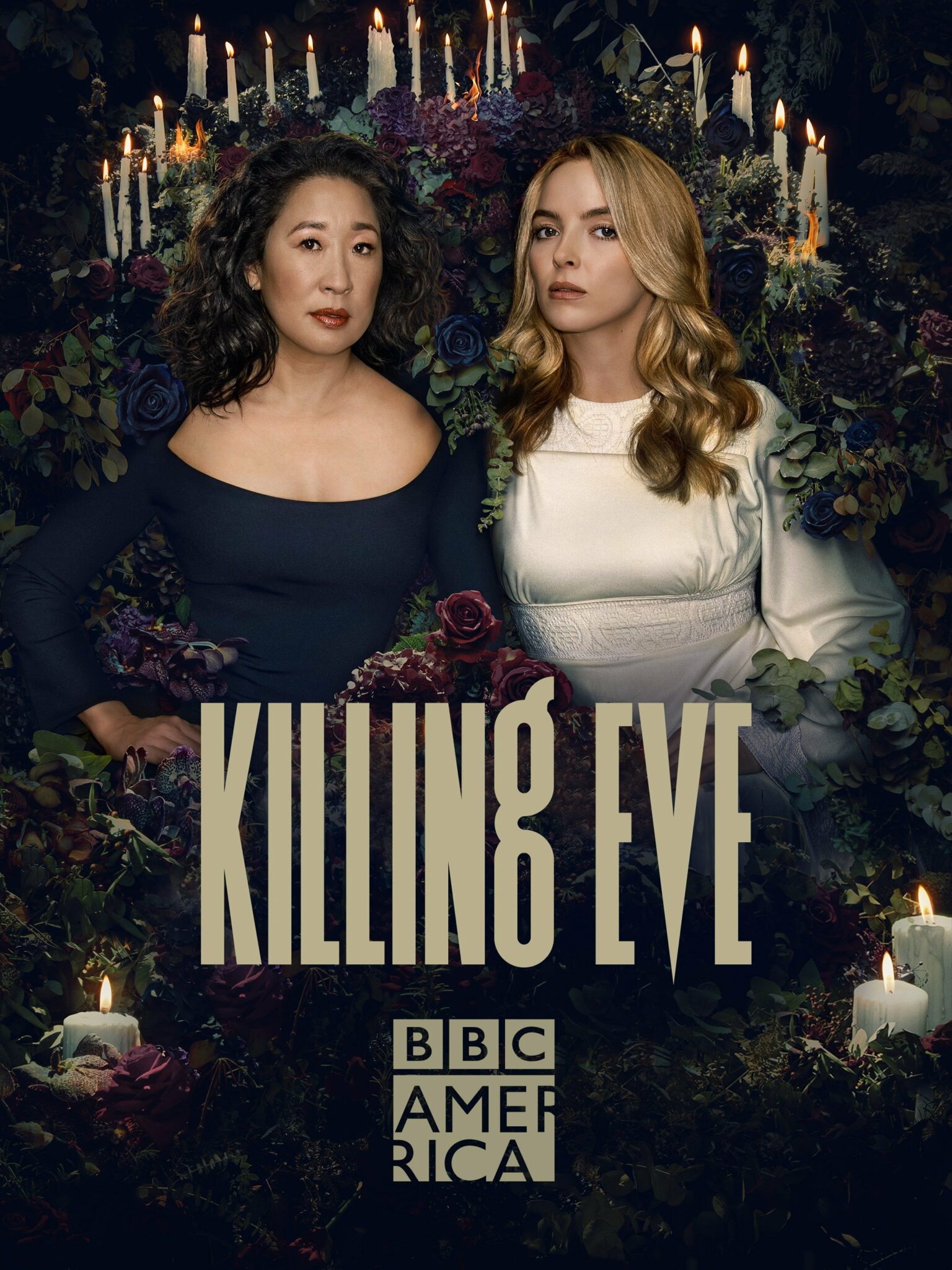 BBC America’s spy-thriller “Killing Eve” has finally come to an end with its fourth and final season after a four-year-long run. In this season by the series’ newest and final writer, Laura Neal (“Sex Education”), everything comes to a head in a disappointing end. Many fans were upset by the series finale. Especially the author of the “Codename Villanelle” novellas, Luke Jennings, whose books had inspired the BBC hit. But first, let’s get a run down of this season’s events before we get to the extremely spoiler-filled rant about the ending. Which is extremely necessary considering the fact that the TV show had fallen victim to the (SPOILERS) “bury your gays” trope, where the novellas had ended differently.

Starring Sandra Oh (“Grey’s Anatomy”) as MI5 detective Eve, along with Jodie Comer as the fan-favorite assassin Villanelle, this season follows the two as they eventually come together to take down Villanelle’s ex-employers: the corrupt organization called The Twelve. Viewers watch as Eve is driven by her need to gain vengeance against the Twelve, and Villanelle comes to accept the fact that she doesn’t need to kill people through a religious crisis. Audiences learn more about the two main character’s respective mentors Carolyn Martens (Fiona Shaw) and Konstantin Vasiliev (Kim Bodnia) as they, too, want to take down the Twelve. Eve leaves the MI5 in this season so she can freely pursue the Twelve, being done with Villanelle. Villanelle goes AWOL from the Twelve, reconsidering all of her life choices and trying to find her way out of the darkness through religion and eventually does so through therapy (by kidnapping a therapist). Konstantin is busy handling a new assassin, a girl named Pam, as he too tries to free himself from the Twelve. While Carolyn, still working for the MI5, is trying to kill the leader of the Twelve using her MI5 resources to find the person who ordered the murder of her son.

Here’s where we get to some SPOILERS of this season. Get Ready. Following the eight-episode formula as every season, there were intense expectations for episode eight — the series finale. Will they really take down the Twelve? Will Eve and Villanelle make it out alive? Will we see them happy? What’s going to happen? Well. They do really take out the Twelve, with Villanelle beating the crap out of some corrupt billionaires. We do see Eve and Villanelle together. For a glorious 30 minutes out of the 48 minute episode, we watch Villanelle and Eve traverse the countryside together in a road trip to London to go take down the Twelve. They finally work together again. Eve begins the journey extremely stressed about the entire situation and ambushes the Twelve’s next gathering. However, Villanelle dissipates the tension by spinning Eve around and loosening her up. We watch what the two would look like as a couple: They flirt, share curly fries, cuddle in a twin bed, debate about killing a couple they just met (which they actually do) and mess around in a van they stole from said couple. Finally, fans watch them kiss. It’s natural and out of the blue, right smack in the middle of the episode. It’s love; they’re in love. It’s perfect until the final moments of the finale where Eve and Villanelle’s relationship falls to the trope of LGBT+ couples failing to receive their happy ending in favor of a tragic one.

Throughout the course of the series, viewers became increasingly attached and invested in the relationship between Eve and Villanelle. Oh won a Golden Globe for Best Actress in 2019 for her portrayal of Eve, and Comer won an Emmy for Outstanding Lead Actress in 2019 for her portrayal of Villanelle. Viewers watched as Eve and Villanelle had gone from enemies to lovers to exes to lovers once again. Despite betrayal after betrayal, in this season, we watched the two finally reconnect and bring out the best in each other. So it’s extremely disappointing and devastating to see a show that was so close to defying so many standards set by those before it, ruin their main romance. The “Code Villanelle” novellas gave Eve and Villanelle a happy ending, so why couldn’t “Killing Eve” end that way as well? The answer lies with this season’s new head writer, Neal. After debating with many other new writers in the writer’s room, she had decided to kill Villanelle after all. Many LGBT+ audience viewers, including myself, were extremely disappointed that the relationship many of us had stayed for had ended just like that. Three seasons of buildup, just to lead to a heart wrenching and terrible trope was just cruel. However, it does not take away from the greatness and subversiveness of the series as a whole. To quote the series’ main theme song, “(Sigh)”: “There’s something about / The way you are.” Meaning, there’s something about this series that just hooks you in, that you can’t look away from. Definitely give “Killin Eve” a try, regardless of its terrible ending.

Where was there suggestion they killed the couple? I think the suggestion was they stole the van. Don’t think they’d have even discussed that if they were going to kill them anyway.

You’re correct. They didn’t kill the couple. They just stole their van.

I understand your frustration, but I do not share it. I view the ending from another lens. It is justice. Villanelle murdered over 30 people in this series, oftentimes in sick & evil ways. And NOT every one of them deserved to die. Her fate was sealed long before her relationship with Eve came to fruition. To bury the ending as just another give-in to a trope criticism is simplifying Villanelle’s character to that of a cartoon.

The problem is that the books don’t end that way. Of course, Villanelle was a sadistic psychopath, but no one could resist her charms. You have to suspend a lot of disbelief to get through KE. Logic usually does not apply.

Carolyn was not working for M15, in fact she never did. It was clear in the first episode that she was not working for M16 anymore, she was demoted to a Cultural Attache. She wanted to get back to M16 and as she said to Pam in the last episode, “You do not go back to M16 empty handed,” therefore she manipulated Eve and Villanelle to kill The Twelve and then murder both of them (though only one was killed and it was a horrible way to end). Also, Villanelle and Eve just mentioned wanting to kill the couple but… Read more »

Although I too hated the ending, I think a lot of the sadness comes from the fact that it’s over. A lot of the show was extremely flawed (especially SE3) but people tuned in to see Villanelle..one of the greatest characters to ever grace a TV screen. Jodie Comer never dissapointed.

‘Black Widow’ with Teresa Russell and Debra Winger. 30 years ago. How innovative