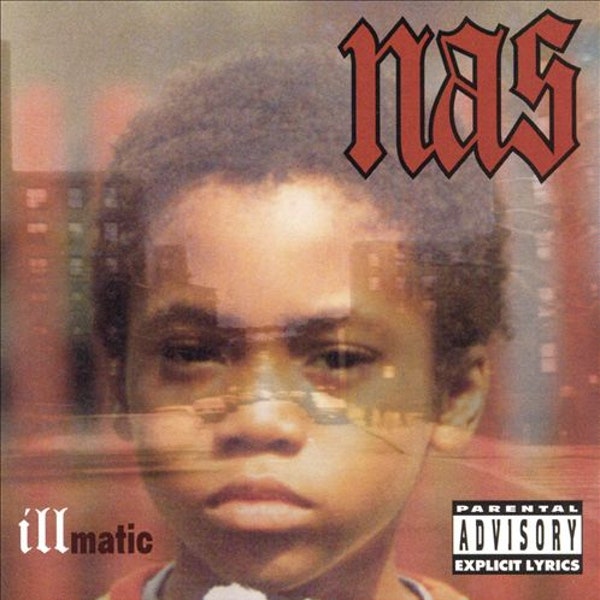 Due to hip hop’s relative young age compared to other music forms, such as rock and jazz, there is much more contention over a canonical list of the greatest albums of the genre. However, Nas’ first album “Illmatic” consistently tops the lists of both the modern generation and oldheads alike. Released on April 19, 1994, the project perfectly distills the core of hip-hop into a nearly flawless record: intense storytelling, innovative beats and watertight flows, assembled by a 20 year old journaling his survival story in Queens, New York.

Instrumentally, “Illmatic” encompasses the excitement of New York in the early ‘90s. Rapper Q-Tip of the hip-hop group A Tribe Called Quest and record producer DJ Premier of the duo Gang Starr provided a sonic backdrop of city life. The album kicks off with the sound of a passing train and banter between friends in the intro. Beyond this explicit shoutout to New York life, the production on “Illmatic” recontextualizes old images of city life, with jazz samples being chopped and rebirthed into grimy and low-end heavy beats. Notably, the instrumental of “One Time 4 Your Mind” is centered on a swinging double bass line, adding a slow and steady groove to Nas’ rhyming.

This backdrop provides Nas with the perfect space to journal his experiences with growing up. Sporting flawless cadence on “Life’s a Bitch,” he raps, “I woke up early on my born day; I’m 20, it’s a blessin’ / The essence of adolescence leaves my body, now I’m fresh and / My physical frame is celebrated ‘cause I made it / One quarter through life, some godly-like thing created.” It’s difficult to imagine how someone who just graduated from their teenage years could catalog their transition with such poetic meditation.

Nas also recalls the loss and trauma central to his life in Queens in his song “Memory Lane (Sittin’ in da Park),” writing, “True in the game, as long as blood is blue in my vein / I pour my Heineken brew to my deceased crew on memory lane.” He also consistently recalls the memory of a childhood friend who passed away after being shot, with shout-outs like “To my man Ill Will, God bless your life” in “The World Is Yours” — as Nas puts it on “Represent,” “any day could be your last in the jungle.”

“Illmatic” cemented Nas as a legendary storyteller in hip-hop, a title that was famously critiqued by Jay-Z in a historic rap feud between two of the largest figures of New York hip hop. The second song off of “Illmatic,”  “N.Y. State of Mind,” is Nas’ magnum opus. The track is famous for the depiction of a far grittier picture of life in New York, especially when compared to Jay-Z’s own hit “Empire State of Mind” that highlights the highs and excess the “Big Apple” has to offer.

“N.Y. State of Mind” finds Nas painting a vivid image of the Queensbridge Houses where he lived and the daily life of those surrounding them. Lyrics such as “I keep some E&J, sittin’ bent up in the stairway / Or either on the corner bettin’ Grants with the cee-lo champs / Laughin’ at base-heads, tryna sell some broken amps” create a dense and distinct image of his surroundings that require time to digest. Yet, Nas never seems to portray his life with the glamour that other rappers during the ‘90s might have. He meditates on the fact, rapping “I never sleep, ’cause sleep is the cousin of death.” This recontextualization of an old phase highlights Nas’ constant need to be on alert, never being able to sleep because when he is asleep he is vulnerable to the numerous dangers around him.

The following track, “Life’s a Bitch,” also highlights another aspect of Nas’ psyche. The chorus repeats, “Life’s a bitch and then you die, that’s why we get high /  ‘Cause you never know when you’re gonna go.” While AZ sings the chorus, this fits in within the context of the album as Nas creates a vivid world wherein to most people it would seem desolate, but on the hook he seems to say that life is too short to worry and that everyone should enjoy the fruits of life, because life is something that is easily taken away and once gone it is permanent.

This sentiment ties into the restlessness of “N.Y. State of Mind:” sleep is equivalent to death since Nas isn’t able to take full advantage of his life. He reiterates this drive to take the world head-on with “The World Is Yours,” referencing the cult classic “Scarface” about fictional drug kingpin Tony Montana while stating his current motivation for rapping: “I’m out for presidents to represent me / I’m out for dead presidents to represent me.”

Ultimately, the songs and stories of “Illmatic” represent the perfection of every trait associated with purist hip-hop, from tales of struggle to intricate writing to unique instrumentals. The astonishing nature of the album catapulted Nas onto the rap scene, where he still has not been forgotten — it’s not every day that an album can set a stylistic bar high enough to be inducted into the Library of Congress’ National Recording Registry.