The Daily Nexus
News
UCSB Students Reflect on the Celebration of Ramadan
April 15, 2022 at 12:38 pm by Asumi Shuda

As the Muslim holy month of Ramadan continues throughout April, UC Santa Barbara students reflected on how they celebrate the annual holiday, along with how their usual traditions associated with Ramadan have evolved while living away from home. 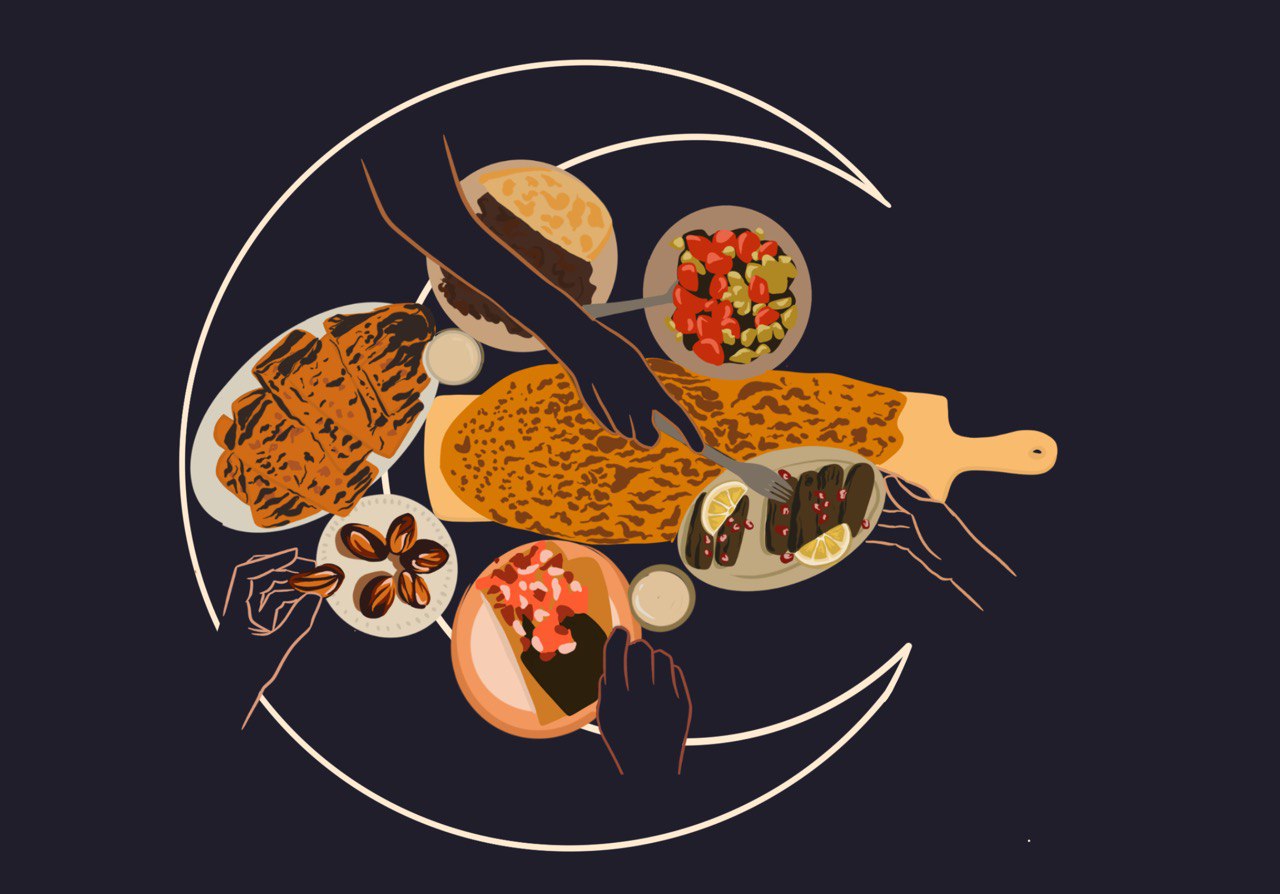 The ritual establishes a period of spiritual reflection and abstinence of indulgence. Ruhika Nandy / Daily Nexus

Ramadan falls on the ninth month of the Islamic calendar and is observed through fasting, reflection, charity and prayer. Fasting lasts from sunrise to sunset and be between 11 and 16 hours, and every fasting period is preceded by a meal before dawn and a meal with family and friends at dusk. The month-long ritual establishes a period of spiritual reflection and abstinence of indulgence, and is celebrated by people around the world.

Third-year environmental studies major and foreign exchange student from Hong Kong Serag Heiba said for him, Ramadan usually begins with family gatherings. These family gatherings usually entail feasts among family members, along with watching television shows that are only airing during the month of Ramadan, Heiba said.

“There’s a big culture of watching Ramadan TV shows,” he said. “A new episode comes out each day, and they’re only there for the duration of the month.”

Another aspect of Ramadan is charity, which Heiba said his family practices every year. He cited when he celebrated the holiday back in his home country of Egypt, where local mosques would prop up tents on the street and provide meals for anyone facing food insecurity.

“You have these tents that pop up in the street, and it’s for anyone who needs a meal to go and eat during the time when you break your fast,” Heiba said. “My mom would often make food for the … [basic needs services] down the street next to the mosque. We would go with some plates and some pots and just give it to the local mosque.”

However, Heiba said his observance of Ramadan this year at UCSB feels more solitary, as he does not have close relationships with other Muslim individuals at the university. Beyond his social circles, Heiba spoke to feeling isolated in his celebration of Ramadan, because the United States is not a Muslim-majority country.

“It’s been very different. Something about the atmosphere of Ramadan when we celebrate in a Muslim country — you can just feel it,” he said. “It’s become more like a solitary thing.”

Regardless, Heiba said he feels adequately accommodated in his involvements on campus during his observance of the holiday.

“I’m part of the sailing team, and we had the first meeting of the spring quarter from 7 to 8 p.m., and I emailed the coach that … that’s when I will be cooking and eating because it’s Ramadan, and he was super understanding, no issues,” Heiba said.

Heiba also works at the university dining halls and was able to communicate with his supervisor to break around 7:30 p.m. — the time around sundown, where he could break his fast — instead of his originally slotted break time.

“They were quite supportive, and the supervisor went around informing all the other employees,” Heiba said. “I definitely felt accommodated, no discrimination and nothing like that.”

Heiba emphasized that Ramadan goes beyond fasting, and said the month signifies the abstinence of indulgence.

“It’s also a way to reexamine your priorities … and a time of reflection for many Muslims,” he continued. “Looking back at the past year, what you’ve done or achieved or where you are in life, and looking at the coming year, you know?”

Fourth-year economics and accounting major Zain Jaffri said that determining access to food has proven difficult while living at UCSB, given that dining halls are typically closed at night, when he can break his fast.

“You have to figure out how you’re going to get a meal [at this time],” he said. “I know they started accommodating now, like you can take two meals at night … but it’s just tough to manage.”

“I usually go to I.V. to get Freebirds and save it until the morning and microwave it,” Jaffri continued. “There’s been times where I forget to wake up [before the fast period], so you have to go throughout the day without [food].”

For second-year Middle East studies major Ehsan Varnous, the month of Ramadan has been an opportunity for self-reflection every year.

Varnous said that Ramadan also illustrates how fleeting internal desires and indulgence are in life.

“It’s kind of interesting — you feel hungry the whole day, then after two bites you’re full,” Varnous said. “I think it speaks levels in the whole meaning of Ramadan because [you] fast for 17 hours and are full after 10 minutes. It’s a prime example of how fleeting the pleasures of this world are and how small this life is.”

“There’s so many things which plague our mind during the day when we’re just avoiding food and water, but as you can eat and drink, you don’t even have that big of a desire after the first few minutes,” he continued.

In regards to how he observes Ramadan while away from home at UCSB, Varnous spoke to the difficulty of getting food before dawn and after dusk from the university dining halls, saying that especially in the early hours of 5:00 a.m. the dining commons are not open and food options are limited.

“It wasn’t the most convenient [with fasting] because obviously, they’re not going to open the dining halls at like 5:00 a.m.,” he said. “What are we going to do in the morning when we want to eat? How can we stack up food in our fridge?”

Furthermore, Varnous said Muslims engage in food restrictions during the month of Ramadan such as only eating halal meat, which is often not accessible in the dining commons.

“There are some restrictions for Muslims — you have to be eating something which is halal, which is that the meat has to be slaughtered a certain way, blessed and cleaned,” he said. “That’s not the average chicken leg that’s in Portola dining commons.”

Varnous also said that he hopes professors are more aware and flexible with students observing Ramadan, as fasting can often result in lack of concentration and focus on assignments and during lectures.

“I’m not saying that all my professors need to be aware that there is a kid in the class who’s starving and can’t focus — it’s a drastic reach to make — but I feel like there’s things that could be done at the bare minimum at the education level that faculty could understand.”

Regardless, Varnous appreciates the Muslim student community at UCSB and how he has been able to find fellow peers to observe the month alongside with.

“We have a beautiful, large Muslim Student Association, a great community and they come together every night,” he said. “I think they’re doing a great job. You feel a bit isolated at times, but if you embrace the [Muslim] community … it kind of gives back that feeling of family and being surrounded by people who are going through the same journey.”