The Daily Nexus
Science & Tech
Campus Point: New and Exciting Research at UCSB
April 14, 2022 at 9:10 am by Emma Holm-Olsen and Anaya Khan 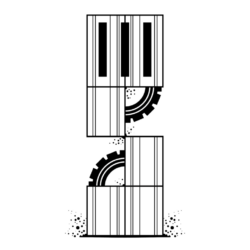 Theoretical physicists Abraham Pais and Sam Treiman proposed the Standard Model in 1975, which explains three of the four forces that govern the matter of our universe. The forces explained are electromagnetic force, the strong force and the weak force. Simply put, these forces all play a role in what holds subjects of matter — such as quarks, protons and neutrons — together. The fourth force, which is gravitational force, is not explained by the Standard Model (SM). This specific shortcoming, as well as the inability to describe dark matter in a way that is consistent with the model, is where Claudio Campagnari, a professor and department chair in UC Santa Barbara’s physics department, comes in. In a perspective piece published in Science Magazine, Campagnari presents potential measurements that contradict the SM, specifically of the W boson — one of the building blocks associated with the weak force responsible for radioactive beta decay. Campagnari posits that an accurate measurement of the mass of a W boson could invalidate the consistency of the SM. Campagnari is part of the Collider Detector at Fermilab (CDF) Collaboration as part of his association with the European Organization for Nuclear Research. Those of the CDF collaboration, Campagnari included, were able to produce extremely accurate measurements of the W boson that directly contradict the SM, as the W boson was measured to be heavier than what the SM predicts by seven standard deviations. As more and more measurements are made, not only of the W boson but of other components that comprise matter, Campagnari opines that through the work of the CDF collaboration, more cracks in the SM theory may be found, potentially leading to a stronger theoretical understanding of how the forces of the universe control how matter forms.

UCSB’s Virgile Thiévenaz, a postdoctoral researcher, and Alban Sauret, an assistant professor in the mechanical engineering department, recently published a paper in the Proceedings of the National Academy of Sciences journal discussing fluid viscosity and how the suspension of particles in various liquids can induce diverse properties and behaviors of the liquids. Viscosity is a measure of how difficult it is to change the physical conformation of a liquid. Honey is an example of a viscous fluid, in that it is less “willing” to move than, say, water. Researchers have already figured out that the presence of particles in a liquid increases its viscosity, but the mystery lies in why and how the study of particle suspension becomes more difficult at larger scales. Thiévenaz and Sauret sought to explain this. They found that particles do not spread uniformly at very small scales, which ultimately leaves areas in a given amount of fluid that don’t contain particles at all and thus act as pure fluid. Through experimentation with droplets, Thiévenaz and Sauret observed that there is a threshold of thickness for fluids, which when crossed, makes the particles impossible to separate, leading to an effective viscosity equal to that of a pure liquid. The researchers also concluded that this threshold is dependent on particle size and concentration. These observations are an important advancement in the study of fluids and contribute crucial context for industry professionals dealing with fluids in manufacturing processes, such as coating products with varnish or paint. The findings also provide a promising foundation for further research regarding fluid composition and behavior, including the study of similar suspension systems, such as thin films, as well as liquids containing non-spherical particles, like fibers.

In recent years, there has been an increase in the cases of wildfire events followed by extreme rainfall in the western United States. Impacts of this continued pattern are projected to have disastrous consequences, including elevated risk for debris flow, vegetation loss and flash floods. UCSB researchers from the Bren School of Environmental Science & Management, Danielle Touma and Samantha Stevenson, reported the increased frequency of the post-wildfire extreme rainfall events that occurred within one year of each other. With their findings, paired with the Community Earth System Model v1 Large Ensemble, it is predicted that the joint disasters will likely increase by 100% in California and 700% in the Pacific Northwest by 2,100. Furthermore, the results suggest that the increased post-fire hydraulic risks would affect most of the western United States. It is expected that at least three extreme rainfall events will follow 90% of the wildfire occurrences in California, Colorado and the Pacific Northwest for the next five years.

A version of this article appeared on the p. 15 of the April 14 print edition of the Daily Nexus.