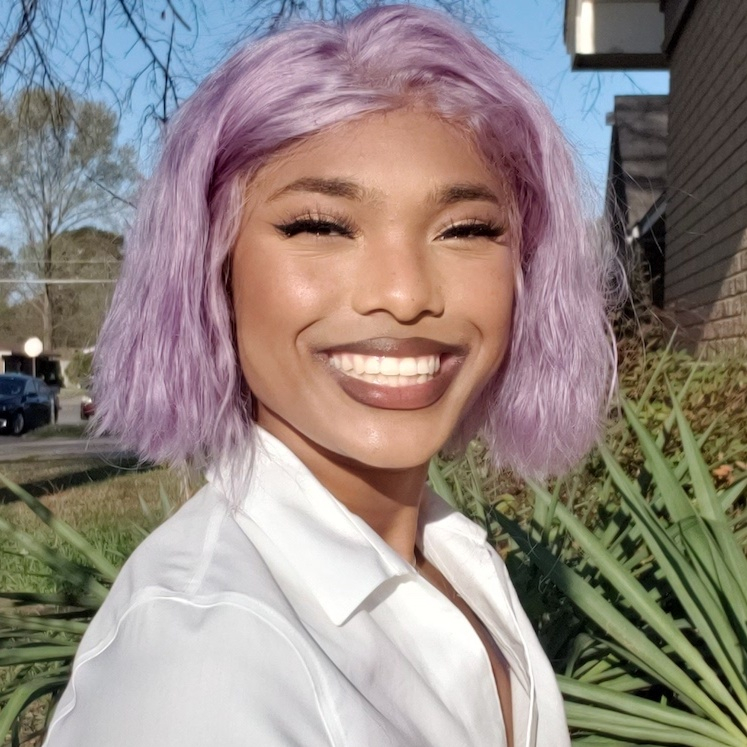 The Nexus believes that Star’s institutional knowledge, passion and lived experiences give her the empathy and experience to succeed as Student Advocate General (S.A.G.).

Star is running against second-year statistics and data science major Kristen Wu, the current Internal Chief of Staff in the Office of the Student Advocate (OSA).

The S.A.G. is an executive, nonpartisan position that acts as a liaison between the university and its student body, provides free and confidential peer support to students and directly advocates for students in the face of administration.

Although Star does not have prior experience in the OSA, Star’s lived experiences on campus and work within university entities — as a resident assistant and Internal Vice President Chief of Staff, among others — demonstrate a thorough knowledge of the resources offered to students and a clear passion to assist students in accessing them.

“As a multiethnic Black woman, as a low-income, disabled woman, as a nontraditional student now entering my [seventh] year in school … I have to advocate for myself daily in most spaces that I’m in,” Star said. “I advocate everything that I do. It’s how I live my life everyday, and it’s what I do naturally.”

The Nexus also views Star’s longevity on this campus, with the candidate currently in her sixth year at UC Santa Barbara, as a unique asset to the office. In her time with the university, she has sought services from the Financial Crisis Response Team, academic advising, the Disabled Students Program (DSP) making her equipped to help fellow students navigate those very resources.

“Especially me being here for so long, I’ve seen students drop out because they did not have the support they needed, the advocacy they needed,” Star said. “They cannot afford to live here, they could not afford the fees, and it was not making sense, and no student should have to suffer like that for basic necessities.”

Some of Star’s platform points include weekly tabling to expand the office’s reach, guiding students on how to reinstate good academic standing, creating an ambassador program for students in need of advocacy, expanding the Student Conduct Code, creating a resource guide book for the student body and holding a community chatbox for students to voice their concerns and direct them to resources.

The office of the S.A.G. is tasked with the casework of individual students and helping them navigate the wide array of little-known resources that the university and Associated Students (A.S.) has to offer. Star identified the lack of a consolidated resource platform within her platform points and offered two new resources that would help students identify the relevant and available programs, options and people.

The resource guidebook in particular is an accomplishable and well-thought-out idea. Star told the Nexus that she hopes to publish a book with resources, such as the names and emails of people at the university that can help with specific issues, with a print edition every quarter and more frequent online updates.

“My platform topics are aimed at being not only the tools but a guide with the actual person telling you how to use it so that you can utilize the resources that are offered,” Star said.

However, the Nexus found some of her platform points — along with the interview itself — broad with a lack of specificity on how her office would accomplish her goals at times. Star’s platform point of a violence-free campus, for one, was without the support of a tangible plan.

Wu is a candidate with two years of experience in the OSA as the office’s current Internal Chief of Staff. However, the Nexus was disappointed in the lack of institutional knowledge she expressed during her interview and found that she only had one original idea to bring to the table.

Understanding that different marginalized groups on campus have unique experiences with COVID-19 and beyond is undoubtedly an important aspect of the S.A.G. role. However, despite two years of experience within the office, Wu failed to address any aspect of institutional knowledge, management skills or advocacy work that would be expected from such a tenure.

Wu’s platform points are creating a committee within the Office of Diversity, Equity and Inclusion for sexual harassment and violence, increasing visiblity of the office and continuing the UC Police Department complaint form.

Though the idea to create a committee dedicated to addressing sexual harassment and violence is an excellent idea, it was the only original idea Wu proposed.

Wu also expressed a clear reluctance to engage with local law enforcement and the university if elected as S.A.G. The Nexus believes that the duties of the S.A.G. to “facilitate open and honest communication between students and the University” as per A.S. Legal Code requires communicating with the university to voice the concerns of the student body. Wu’s reservations with such collaboration leads the Nexus to worry about whether these duties will be accomplished.

When asked who within the administration she would like her office to work with, Wu declined to name any officials, responding with “not particularly.”

“Not particularly, I think I’d like to stick to student boards because I feel like they’re more similar in promoting the mission of the S.A.G.,” Wu said.

Both Star and Wu faltered in providing specificity in their goals within their tenure if elected, and the Nexus wishes that Star demonstrated a more explicit understanding of the internal functions of the office. For instance, Star did not indicate any goals with casework — an important duty of the OSA — that is an aspect that Wu expressed wanting to improve on.

Star, however, expressed a clear and sincere passion to directly help students that Wu lacked. Although the Nexus hopes that Star will gain a greater understanding of the internal functions of the OSA, her intrinsic knowledge of the institutional resources offered on campus will allow her to naturally transition into and navigate through the duties of the office, like providing individual casework.

Star spoke to her constant self-advocacy throughout her life and how she utilized those skills to fight for “basic treatment” of people from all walks of life. The Nexus sees Star’s clear drive to advocate for everyone around her, whether in an official capacity as an A.S. executive or simply as an individual invested in ensuring justice and equitable treatment for others.

The Nexus believes Star has the clear passion to help students with issues she intimately faced that will fuel her to go beyond simply fulfilling the responsibilities of the S.A.G. and hold the university accountable to create change for the betterment of the student body.

A version of this article appeared on p. 6-7 of the April 14 print edition of the Daily Nexus.