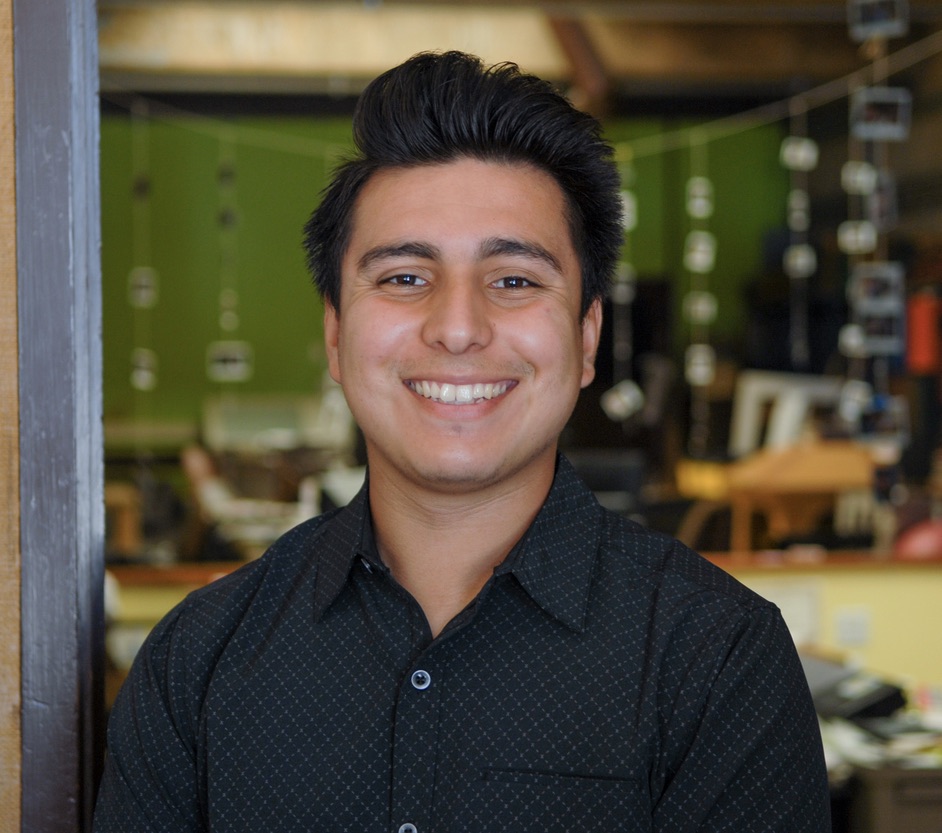 The Internal Vice President (IVP) represents Associated Students (A.S.) in all internal affairs, chairs the weekly Senate meeting and works alongside executive candidates. Of the three candidates running for IVP  — Gonzalez, fourth-year biology major and current IVP Bee Schaefer, and second-year mechanical engineering major and current Senator Cesar Castillo — the Nexus believes that Gonzalez would best execute the duties of the office during the 2022-23 school year.

Although Schaefer presides as the current IVP, the Nexus has chosen not to endorse her for a second term in the hopes that Gonzalez will reinvigorate the office and reform persisting problems in the Senate that arose under Schaefer’s leadership.

Gonzalez, who is running with the Isla Vista Party, outlined his platform points as expanding basic needs resources, launching a website that consolidates campus and office resources, promoting a healthy work environment within the Senate and improving the student code of conduct.

Gonzalez’s platform points, coupled with experience in multiple different university and A.S. organizations, give him the institutional knowledge that makes an IVP successful. Gonzalez was a member of the Internal Affairs Committee, was the former first Senate President pro tempore to the IVP, is an On-Campus Senator, acts as a liaison for several A.S. and university organizations, works with Isla Vista Tenants Union and authored the most legislation of any Senator this academic year.

Though Gonzalez did not accomplish all the goals outlined in his platform points while running for Senator, he did accomplish a great deal, including creating a legislation tracker that increased transparency and updating the Senate website with a more accessible, streamlined format.

The next IVP would succeed Schaefer, who is running for reelection independently. Though the Nexus believes Schaefer could adequately execute the duties of the office, she did not present platform points or plans that would improve upon her current weaknesses and the weaknesses of her Senate.

These weaknesses include multiple interpersonal conflicts between herself and Senators, the resignation of four Senators and not holding Senators accountable to their group projects as mandated by A.S. legal code.

Schaefer, by her own account, said that the conflicts between her and other Senators impacted the work of her office.

“The issues that happened between me and my Senate, and specifically a few Senate leaders, affected the progress of the association, because I effectively was not able to go forth with my platform, my commitment to my office, because the leadership system that I designed was failing,” Schaefer said.

Of the 44 pieces of legislation passed in this year’s Senate, Gonzalez authored around 40%.

However, Gonzalez also ran into issues of interpersonal conflicts during his tenure as Senator. The Nexus believes that in order to be an effective IVP, Gonzalez will need to adjust his communication style to play the neutral role required of the position.

While both candidates need to work to improve this weakness, ultimately, as IVP and presiding chair of the Senate, Schaefer had more responsibility in maintaining a neutral role than Gonzalez did as a Senator.

In addition, Schaefer also mentioned that while she was ill, her current first tempore Hannah Lee sent out an email vote to Senators and was met with a group of Senators who refused to participate in the email vote.

“They decided not to take part in an important email vote, and it was a group decision of very active members. You can’t do that. Why are you doing that? You are an elected Senator, rain, sleet or snow,” Schaefer said. “Students believe in you to conduct a vote. If you really can’t, send [me] an email, but don’t not do your job because you don’t agree with the processes at which it’s happening. That’s not the proper outlet to protest. The proper outlet is to come to public forum, send me an email, send [A.S. Executive Director] Maricela [Márquez an email], but that’s not what they did.”

Whoever holds the position of IVP is in charge of setting the tone for the Senate, and this specific incident shows that the Senate is discontent with how Schaefer chairs the Senate.

Schaefer did launch a newsletter from the Senate on the GoGaucho app, diligently advocate against instances of discrimination within the Senate and expand the Pearman Fellowship Program. Additionally, given her full year of experience as IVP, Schaefer would not need to undergo a transition process while ushering in the 73rd Senate, an advantage she uniquely holds.

Schaefer also said she faced racially motivated vitriol from a select group of A.S. members throughout this academic year, prompting her to design and implement anti-racism trainings. The Nexus sees that Schaefer worked to the best of her ability to create a safe space for all marginalized communities during her tenure as IVP.

Schaefer is running on a platform of expanding mental health resources, working with the Office of the External Vice President for Local Affairs to reopen the Pardall Center, utilizing the Isla Vista Community Center for Senate work, working with Students Against Sexual Assault to improve campus safety measures, going into classroom spaces to distribute information about A.S. resources and creating a survey that directs students to campus resources.

Though the Nexus believes Schaefer has the potential to accomplish her platform points in an additional term, Schaefer failed to address her primary task — chairing the Senate — in any of her platform points or acknowledge a comprehensive plan to remedy the issues her current Senate faced.

Gonzalez, however, prioritized addressing the stagnancy of the 72nd Senate and demonstrated a more thorough understanding of the deficiencies within the current office.

“The overall Senate is, it’s unfortunate to say, it hasn’t been much active in a sense,” Gonzalez said.

The third candidate Castillo, who ran independently, described his performance this year as a senator as “lackluster” by his own account.

Castillo presented an adequate slate of platform points including increasing transparency, improving camaraderie within the Senate and actively working on dissolving the party system.

Castillo did express a desire to extend party dissolution as far as the IVP to ensure that the person who chairs the Senate remains a neutral party — a goal the Nexus commends him for.

However, though Castillo presented a more thorough understanding of Robert’s Rules of Order — the procedural manual for Senate meetings — both Schaefer and Gonzalez are far more experienced and passionate about the position.

Though flawed, Schaefer played an important role in transitioning the resources and work of a remote Senate to its current state of partially in-person functioning. While she was more than suited for that role, the next IVP requires a candidate who can expand upon what was established during that transition — a task the Nexus believes Gonzalez is best suited to accomplish.

Gonzalez’s experience and goals are reflective of a candidate who can take the reins of a Senate beginning its in-person operations for the first time since the onset of the pandemic and elevate the conduct and productivity of the IVP office and the 73rd Senate.

A version of this article appeared on p. 6-7 of the April 14 print edition of the Daily Nexus.