The Daily Nexus
News
Student Arrested at Santa Ynez Apartments Following Threats of Violence
April 7, 2022 at 12:40 am by Asumi Shuda

A fourth-year UC Santa Barbara student and Santa Ynez Apartment Complex resident was arrested near his apartment unit on April 4 on the charge of resisting arrest from a public officer after making threats of violence to multiple residents of the apartment community. 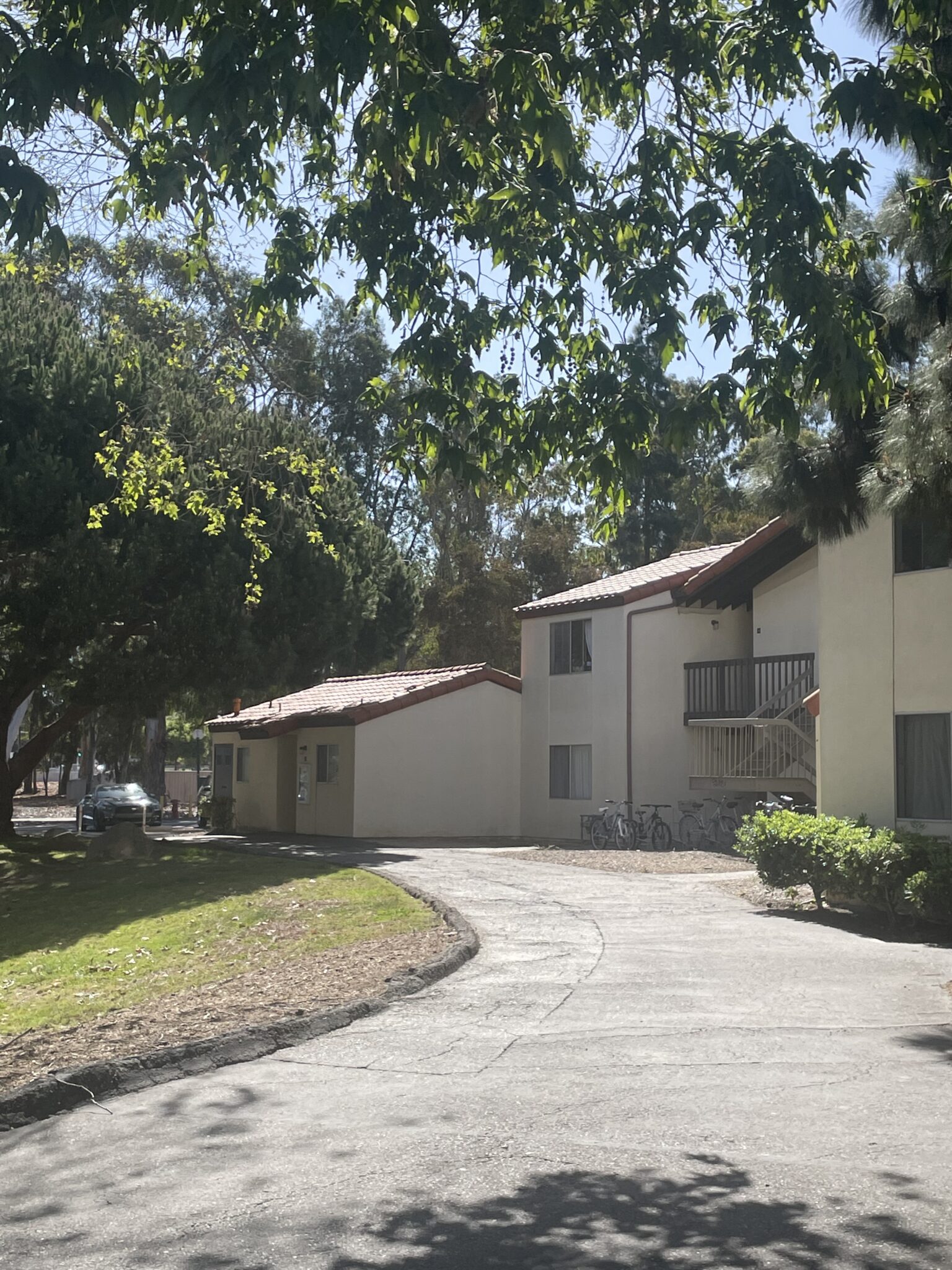 The student — psychological & brain sciences and philosophy double major Luke Hamilton — was taken into police custody on Monday, April 4 and now has until Thursday, April 7 to permanently move out of his Santa Ynez apartment unit, according to an email sent to a resident and obtained by the Nexus.

The UCSB Police Department, which has completed its original investigation into Hamilton, did not confirm his current whereabouts or whether he was released from police custody.

UCSB Spokesperson Shelly Leachman said in a statement to the Nexus that the university is not allowed to discuss details concerning specific disciplinary cases involving students but is “committed to addressing issues related to student safety” in university housing.

“Students who violate University housing policies can have their housing contracts revoked, be banned from residences, and have their cases referred to the Student Conduct Office for further action,” the statement read.

Santa Ynez staff did not provide any information on the incident to the Nexus, and Lead Administrative Services Coordinator Debora Pentecost declined to provide any comment.

University officials and law enforcement provided no information to the Nexus on when Hamilton would be released.

Hamilton originally resided in hotel housing for fall and winter quarters during the 2021-22 school year, and was granted housing at Santa Ynez last week, at the start of spring quarter.

The Nexus spoke to four Santa Ynez residents who had close contact with Hamilton or witnessed the arrest.

Hamilton’s housemates first took note of Hamilton’s “erratic and threatening” behavior on Saturday, when they had an altercation over his behavior as a housemate. According to one of the housemates, who chose to remain anonymous due to personal safety concerns, the altercation escalated and Hamilton allegedly took out a spring-assisted knife, which was quickly taken away by one of the housemates. No one was physically harmed during the interaction.

“Things got heated to the point where my other roommates were yelling at him because he got really angry … then that’s when he pulled the knife,” the housemate said.

Hamilton said in a statement to the Nexus that he took out a knife only after one of his housemates had allegedly voiced “death threats” to him, and said he “distinctly remembered not raising my voice and handing over the knife, per the request of a fellow roommate, to another Santa Ynez resident.”

Due to the incident, the university relocated Hamilton’s housemates late Saturday night. UCPD police officers temporarily escorted Hamilton outside of the unit to allow them to safely return to the apartment and collect their belongings. Upon returning to their home, the housemates found the unit left in disarray.

“We go in the house and it’s just completely trashed,” one of the housemates said. “You got a plunger and rolls of paper in the toilet, you got some random stuff just spilled everywhere.”

Hamilton said that “the mess referenced in the apartment was literally cleaning products. With the housemates gone I got to clean the apartment with the help of a friend of mine,” in his statement to the Nexus.

According to one of the housemates, Hamilton yelled and verbally threatened the housemates from outside while they packed. He noted that the police officers involved did nothing to restrain the verbal threats.

“The police don’t even do anything. He’s just standing right next to us,” the housemate said. “They’re stopping [Luke] from coming at us, but why is he even there looking at us, being able to yell?”

Hamilton did not comment on these allegations to the Nexus.

Hamilton lived alone in his unit for the entirety of Sunday, during which multiple residents reported hearing loud noises, furniture being thrown and open-air verbal threats throughout the day.

“I [saw] the glass that he had thrown [out of his back door] and broken,” said a Santa Ynez resident, who chose to remain anonymous for their personal safety. “We started hearing loud sounds come up, like loud thumping sounds [as if] he’s moving stuff around. I think I heard him say, ‘Fuck you,’ generally into the air.”

Witnesses also reported that police officers knocked on Hamilton’s unit on Monday morning and left a slip of paper on the door, but he did not answer.

“He got the [slip] and he just lost it, just started yelling,” a Santa Ynez resident who chose to remain anonymous, citing safety concerns, said.

On Monday, Hamilton reportedly entered a neighboring apartment unit unannounced with an offering of a pizza, to which the residents of that unit refused. One of the witnesses and Santa Ynez residents said Hamilton then threw the pizza on the ground outside, left and later returned holding another pizza and a kitchen knife.

Hamilton did not comment on these allegations to the Nexus.

Witnesses said that Hamilton may have been under the false suspicion that the residents of this unit reported him to the police at the time.

“The second he walks out, he instantly flips,” said a Santa Ynez resident and close witness who chose to remain anonymous, citing safety concerns. “He started accusing [them] of calling the cops. He says, ‘I don’t trust any of y’all,’ and just throws the pizza on the ground.”

“Maybe 10 to 15 minutes later … he brought a whole new pizza, put it on the chair, then laid the kitchen knife on top of it,” they continued.

UCPD received multiple calls from Santa Ynez residents between the time of this incident and his eventual arrest. Witnesses reported that three to four police officers arrived at the scene and made the arrest at around 1:30 p.m. According to Santa Barbara Sheriff’s Office’s arrest logs, Hamilton was booked into the Santa Barbara County Jail at 3:05 p.m.

During the police’s presence at the scene, Hamilton allegedly made direct threats to the residents of units nearby him. Close witnesses reported him directly calling out to a unit of five residents and saying, “You’re not anonymous,” “You think you’re smart, but you’re gonna have to sleep eventually” and “I’m not gonna kill you because you already killed yourself.”

“The cop gives away [their] identity and also gives crucial information to this guy,” the resident said.

One of Hamilton’s neighbors was also relocated by the end of Monday due to safety concerns.

One of Hamilton’s housemates said that the group’s most pressing concern with the incident is their personal safety.

“The biggest concern we have right now is … what the hell is going to happen when we go back to our place?” the housemate said. “We were like, ‘What about other housing options because he knows where we live?’ We don’t want to have to stay there every day not knowing where the hell this guy might turn up or when he might turn up.”

“We talked to housing and they said, ‘If you guys want separate housing you guys are probably all going to get split off,’” they continued. “You’re kidding right? I pay full tuition, I pay everything and I can’t even get a guarantee on my own safety.”

One of the Santa Ynez residents cited earlier pointed out that Hamilton is most likely struggling with mental illnesses.

“It’s clear that our fellow student has mental issues and trauma that he needs to address,” they said. “I don’t want to add further stigma to mental health, and this is clearly something he needs but it does put other students at risk and in immense danger, and we don’t know to what degree.”

The resident continued, saying that the witnesses involved in this incident being forced to relocate is unfair and stressful to everyone’s well-being.

“To displace multiple students for one student is pretty unfair, and it’s caused a lot of distress for multiple households,” they said. “If I’m back in my apartment, I will not feel safe. That’s not the school’s fault, but it’s the police’s fault, and it’s the school’s fault for allowing this to happen in the first place.”

A version of this article appeared on the p.  __ [[add page number]] of the April 7 print edition of the Daily Nexus.