The Daily Nexus
Literature
Literature in Review: Hot Off the Presses
April 1, 2022 at 12:17 pm by Sam Franzini

Though revisiting the classics is always nice, I find reading contemporary books the most entertaining — especially the ones that deal with the here and now. Thanks to Dutton Books and Soft Skull Press, here are some previews of books that are bound to make a mark when they hit the shelves (or are about to!). 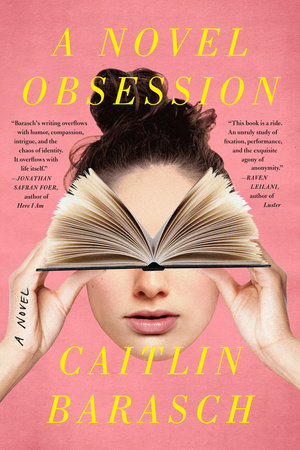 Caitlin Barasch’s debut novel deals with a lot more than just obsession. We navigate through rocky relationships and a troubled past to find Naomi Ackerman, a bookseller and aspiring author, struggling to find a topic for her novel. She finds inspiration in Rosemary, her boyfriend Caleb’s ex-girlfriend. And then — as one does — Naomi begins to stalk her.

It begins with simple scenes, Naomi watching Rosemary leave her office or a forced meeting in the coffee shop. But deeper, we see Naomi’s desperation to find someone else — or to not be herself. “I resist the urge to touch her,” she says when next to Rosemary on the train. “To see if she dissolves.”

Naomi goes deeper into Rosemary’s life, with Caleb unaware of their secret endeavors. Naomi poses as a stranger and strikes up a friendship with Rosemary — while false in its pretenses, the two ultimately get along. She creates a fake Instagram account to see what Rosemary is up to, pores over her Twitter account to reveal her schedule and joins the same climbing gym that Rosemary does. “The Insta-stalking plotline was admittedly very fun to write because I got to indulge in and convey how toxic, addictive and superficial social media can be, and how it can (potentially) lead anyone down a very slippery slope,” Barasch said.

All the while, Naomi has finally found her novel’s plot: the inverse of her real life. She details a crazy stalker ex trying to infringe upon the lives of a couple, and spending time with Rosemary gives Naomi all the inspiration she needs. Wary of Caleb’s annoyance at her obsession with his ex, Naomi treads carefully to live both lives separately but struggles. “I think both of her obsessions — writing and Rosemary — fuel each other, fanning the fire of her insecurity about whether or not she is living an interesting life, whether or not she has anything meaningful or worthy to write about and contribute to the world,” Barasch said. “So she intends to lead the kind of life she would personally want to read about, self-sabotaging in the process.” 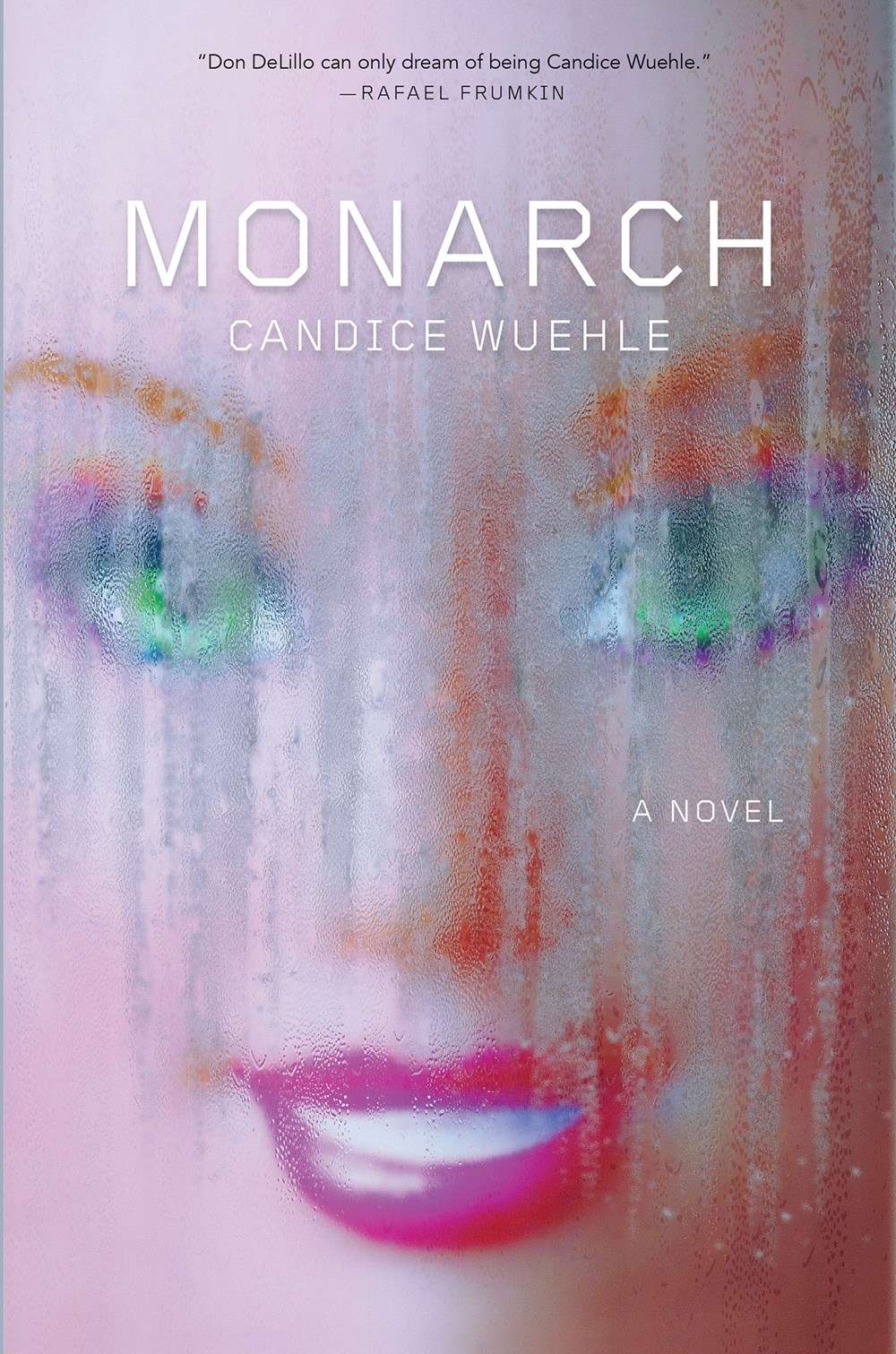 What do teen beauty queens, secret government organizations and reflections on self and identity have to do with each other? All are examined in Candice Wuehle’s debut novel “Monarch,” which has a plot so insane you’ll be remiss to look past it.

Jessica Clink, a former teen beauty queen, wakes up one day to find herself embroiled in a governmental program known as MONARCH, an offshoot of a larger network called Project MKUltra. Though at first the book seems like a campy, silly effort, the meditations on self,  spirituality and consciousness center it as a fiercely intelligent and sharp book.

The idea for the book, Wuehle said, comes from an actual conspiracy that posits an organization is targeting beauty queens to be sleeper agents (“they possess many desirable traits for an agent: charm, beauty, athleticism, and, most importantly, tractability”). While finishing her Ph.D. on memory and trauma, Wuehle put together themes of what she was thinking about consumer culture and how it’s basically social programming. “The plot about a teen girl who seeks revenge on her programmers sort of unfolded from there,” Wuehle said.

The first part of the book is Clink’s backstory, covering many aspects of her life — growing up in the pageant world, finding a fateful friend and love interest in a fellow queen, Veronica, her mother Grethe who sells a sensory-deprivation like pod called the Gjentakelse Tvang to fellow suburban moms, her father Dr. Clink who is a professor of ‘Boredom Studies,’ and eerie techniques involving the version of herself she learns for pageants. One involves distancing herself from her body and trying to superimpose a different face on top of her own. These practices have a huge effect on her body and self: “I’m anonymous as the black between celestial bodies,” Clink says. “It feels just fine, to be the dullness of interstellar space.”

The next part is Clink’s revenge — she enacts a plan to find whoever oversees project MONARCH and ask, “Why her?” She also needs to get to the root of her being and find out if the one true thing she remembers — Veronica — was also real or a part of the project. Combining folklore, psychology and philosophy, “Monarch” juggles a lot of topics, but it’s pulled together by instantly addicting writing. “I guess what I’m saying, in short, is that all the stuff I put together in MONARCH is inherently already “together” for me — the call is always coming from inside the house,” Wuehle said.

“The Novelist” by Jordan Castro (Soft Skull Press), out June 14 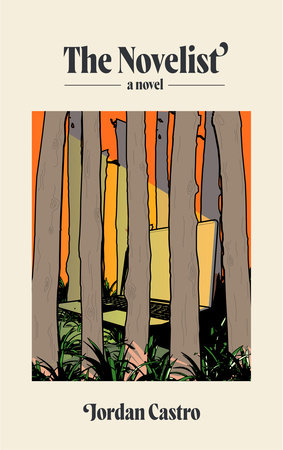 Everyone has had a day where the to do list is long, and it’s the last thing one wants to be doing. Procrastinating on Twitter, incessant bathroom breaks, or getting a beverage ‘to facilitate creativity’ really just cause more distraction are all rights of passage for those attempting to get through finals, an extra-long assignment, or writing a novel, in the case of Jordan Castro’s protagonist.

The narrator moves through one morning in a choppy fashion; he is constantly distracted by Twitter or his girlfriend or dog or coffee when he really should be getting to work on his novel. Readers experience an autofiction walk-through of anxiety, boredom and a glimpse into a writer’s mind as he struggles to put pen to paper. “I became aware of the sensation of my brain operating on more than one level: I sensed that I was clicking things compulsively in a manner that was causing me low-level distress, but I couldn’t muster with sufficient force the will required to effect any behavioral change,” the narrator notes, citing a feeling we know all too well.

Castro’s work, clearly, was a reflection of his personal brain chemistry and internet tendencies. When he was working on his own book, he notes he’d “invariably get sucked into looking at a bunch of idiotic stuff online,” losing a significant amount of time. But the novel doesn’t just detail just one morning wasted to[[in]] a book; there are thoughts about internet culture, an annoying friend Eric, philosophical ideas whilst on the toilet and even the insertion of Castro as a fictional figure within this realm. He’s somewhat of a controversial figure, a novelist that inspired such insufferable headlines like “We Read Jordan Castro’s Body Novel, So You Don’t Have To” and “Jordan Castro’s Fitness Privilege.” At first, the real Castro said, his presence in the book acted as a “stand-in for various ‘problematic’ figures who I saw getting unfairly maligned in the media,” but over time it became more of an illusion. “Other people can decide for themselves what it means … I work very intuitively, and, though I have some ideas about it now, my explanations always come afterwards,” Castro said.

Castro elaborates on the idea of a novel, saying that they “aren’t meant to depict heaven: they’re a place where heaven — or more often hell — is worked out.” So what if a figure is controversial or if the book doesn’t detail a happy relationship or situation — it’s not meant to be real. And “The Novelist,” though pulling from real experiences, is part journal and part novel. Thoughts and ideas swirl around the main character at every turn, and though he doesn’t get much done, it’s an interesting peek into one specific life. “Beautiful sentences, unexpected textures, moments of hilarity or insight, grace, etc… This is the good stuff,” Castro said.