Irish rapper Rejjie Snow’s 2018 artistically genius album, “Dear Annie,” pays homage to young love in all of its glory. Snow portrays his lover, Annie, as a sort of spiritual being and someone he is blessed to have known and loved despite the relationship crumbling right in front of his eyes. “Dear Annie,” the Dublin-based rapper’s debut full-length album, details both the blossoming and slow passing of a relationship. 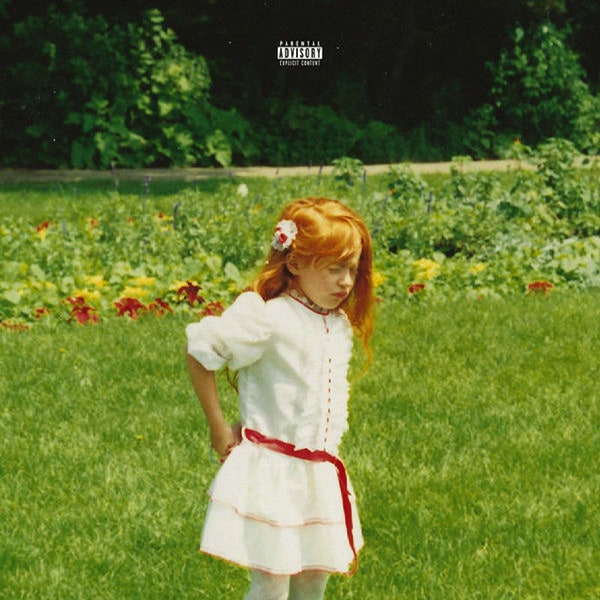 The opening track, “Hello,” is a perfect beginning to this album; Snow sings, “Life is beautiful, dear Annie / Pray my mind is free, dear Annie / Black is beautiful, dear Annie / Set thy lover free, dear Annie.” Snow surrenders to love instead of shying away from its vulnerability or gentleness, a trap men too often fall for in romantic relationships. The following track, “Rainbows,” finds Snow positioned in a difficult situation: balancing love that once was and love that is right in front of him. He sings, “Gotta girl that I love had a girl that I miss.”

Snow longs for the love he had before, the love that swept him off his feet, the love he will never forget. The next track, “The Wonderful World Of Annie,” is a romantic interlude detailing the couple’s beginning: “She drove a Subaru / Had long hair / Guess we didn’t make love straight away / We went straight to the beach and acted nervous.” This track sets up the scene for the fourth song off the album, “23,” my personal favorite. “23” details a toxic relationship with neither party wanting it to end since its highs seem to compensate entirely for its lows. Snow sings lyrics such as, “And you gotta be the anecdote / I tattooed you right on my brain,” and “Those lips that I kissed today / Made up but in a foreign way / Stretch marks in my favorite place / I hate love but in a crazy way.”

In an interview with NPR, Snow said that “I guess [in] that song I tried to capture like a world, like me and my girl just being super young, in love and vulnerable — the mistakes and the highs and the lows.” The next two tracks, “Pink Lemonade” and “Skinny Jasmine Intermission,” prepare listeners for the seventh track on the album, “Mon Amour.” “Mon Amour” is one of Snow’s most unguarded tracks off “Dear Annie,” with lyrics such as, “I hate feeling like I don’t know how to love you / Now I gotta watch you make love to the same dude.” How can someone so special to you, someone you devote every ounce of your being to, treat you so poorly in return? Listeners get the sense that Annie is slowly ruining Snow’s life, and he’s realizing that stepping away from this relationship is the only way to maintain sanity.

The following track, “Oh No!” recounts the suicidal contemplations and self-loathing Snow has experienced amidst this toxic cycle of love. “Spaceships” comes next with techno and bright beats, a drastic change given the previous song. Snow sings, “A little bit of you I’m swimming in / A little bit of love unravelin’ / A little bit of light my crucifix.” He so clearly recognizes his temptations but simultaneously cannot let go of this relationship he has grown to accept despite all of its baggage. The tenth track, “Egyptian Luvr,” features Aminé and Dana Williams. In an interview with The FADER, Snow explains “In this song, I was in my last moments [of a relationship], telling my girl how much I love her and thank you for this journey we rode. My album has lots of different feelings: I wanted it to feel like you’re slowly dying and losing your mind throughout.” It’s at this point in the album that Snow decides to start drawing away from his relationship with his girl.

The next two tracks, “The Ends” and “Room 27,” consummate all of the dark thoughts Snow has been living with following this all-consuming and destructive relationship. The following track, “Désolé,” features some of the most incredible lyrics of the album. Snow sings, “Love is just a fuckin’ sin,” my favorite lyric off the entire album and quite possibly the central message of “Dear Annie.” Snow then flips a lyric sung by MF DOOM from Madvillain’s song “Rhinestone Cowboy” off his 2004 album “Madvillainy”; MF Doom sings, “Got more soul / Than a sock with a hole,” while Snow sings, “More soul than a sock with an itch.”

In the next track, “The Rain,” Snow sings, “The hourglass body but the mind of a bird brain,” revealing the sort of emotional unintelligence his girl had despite her curvy figure and seductive aura. “Skateboard P Intermission” is the album’s 15th track, setting the stage with fresh beats for the next track, “LMFAO,” one of the album’s grooviest songs. Snow sings on “LMFAO,” “She likes boys that wear high fashion / Passion I crave / I say girls are my obsession, my depression.”

Following “LMFAO,” Snow delivers “Bye Polar,” the album’s biggest instrumental risk. Snow uses “LMFAO” and “Bye Polar” as opportunities to sort of bounce back on his feet after realizing just how ill-fated the relationship was. The next track, “Charlie Brown,” reveals Snow’s newly found confidence. He sings, “I bought some heroin and brought it to your school / I don’t know why I’m so unbelievably cool.” The album’s second-to-last track, “Annie,” brings everything together. Snow sings, “He say she say all in the wrong way / (Oh there Annie) still playing doomsday,” likely another reference to MF DOOM. There is no more “dear Annie” or “wonderful world of Annie;” there is just “Annie.”

Snow is ready to move on with his life. The album’s final track, “Greatness,” features soft and mellow beats and lyrics such as, “Pick the pieces up and pick your poison blood / Nothing in this world compares to sweet love / Hands on my chest sun beaming green / wide awake yellin’, ‘Momma save me.’” Even though Snow has made it through the emotionally draining relationship he found himself stuck in, he keeps his heart open to light, which is something we can all learn from even if all we’ve known is darkness.