The Daily Nexus
Literature
Literature in Review: Insane Girls Thinking About Stuff
February 4, 2022 at 10:21 am by Sam Franzini

Once in a blue moon, you’ll come across a tweet that will change your life. It might pose a radically different way of thinking, or point out something so basic you’ll be wondering how you lived before reading it. This recently happened to me: @glamdemon2004 tweeted, “The best books are just some insane girl thinking about stuff,” which threw me for a loop. It was shockingly true — I quickly realized female-centered novels about struggling with the banalities of everyday life racked up stars on my Goodreads list. So, for this book review, we’re celebrating the insane girls and the wacky women who look at life differently. 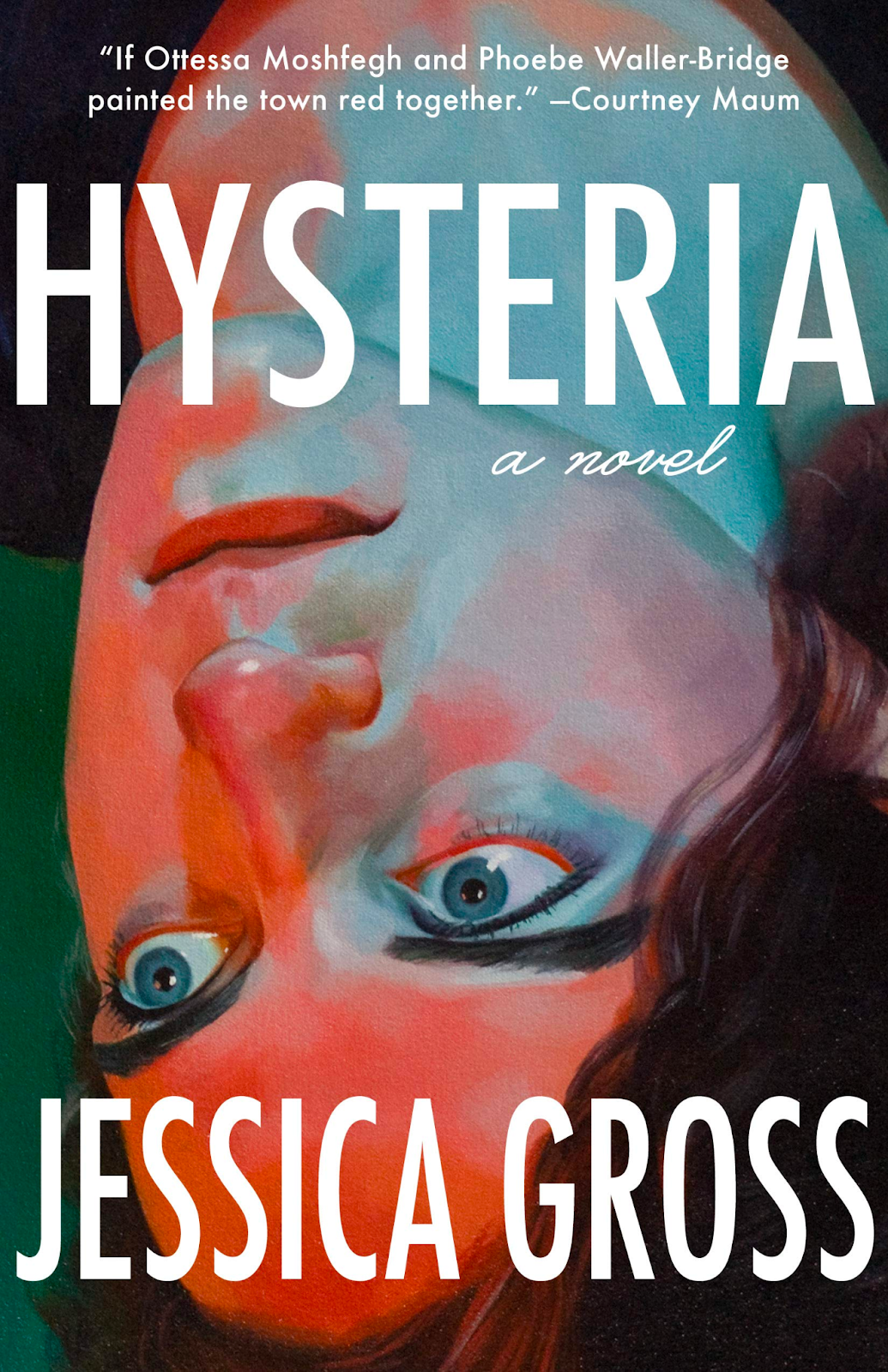 Following a party where she treats her roommate coldly, then romps off to have sex with the roommate’s brother, the narrator is shrouded in a languid, sexual haze. Her flashbacks to Langham, Sam and now “Freud,” combine memory with hallucination, making the reader unsure of reality — when she first meets “Freud,” he passes her a slip of paper. She reads it after she leaves, and it says “come back.”

The next day, she returns to the bar and is psychoanalyzed by “Freud” — she talks about intimacy problems and sexuality stemming from one night with her father. “Psychoanalysis is, as you say, focused on the mind and its mysterious recesses, but sometimes our minds make themselves known through our bodies,” Gross said. “The term ‘hysteria,’ in fact, originally referred to psychic symptoms that manifested physically.”

The book takes place over a quick, feverish 48 hours, and you’ll probably finish it in the same amount of time as well. Gross’ writing is inviting into the minds of someone unreliable and addicting.

“Nobody, Somebody, Anybody: A Novel” by Kelly McClorey (Ecco) 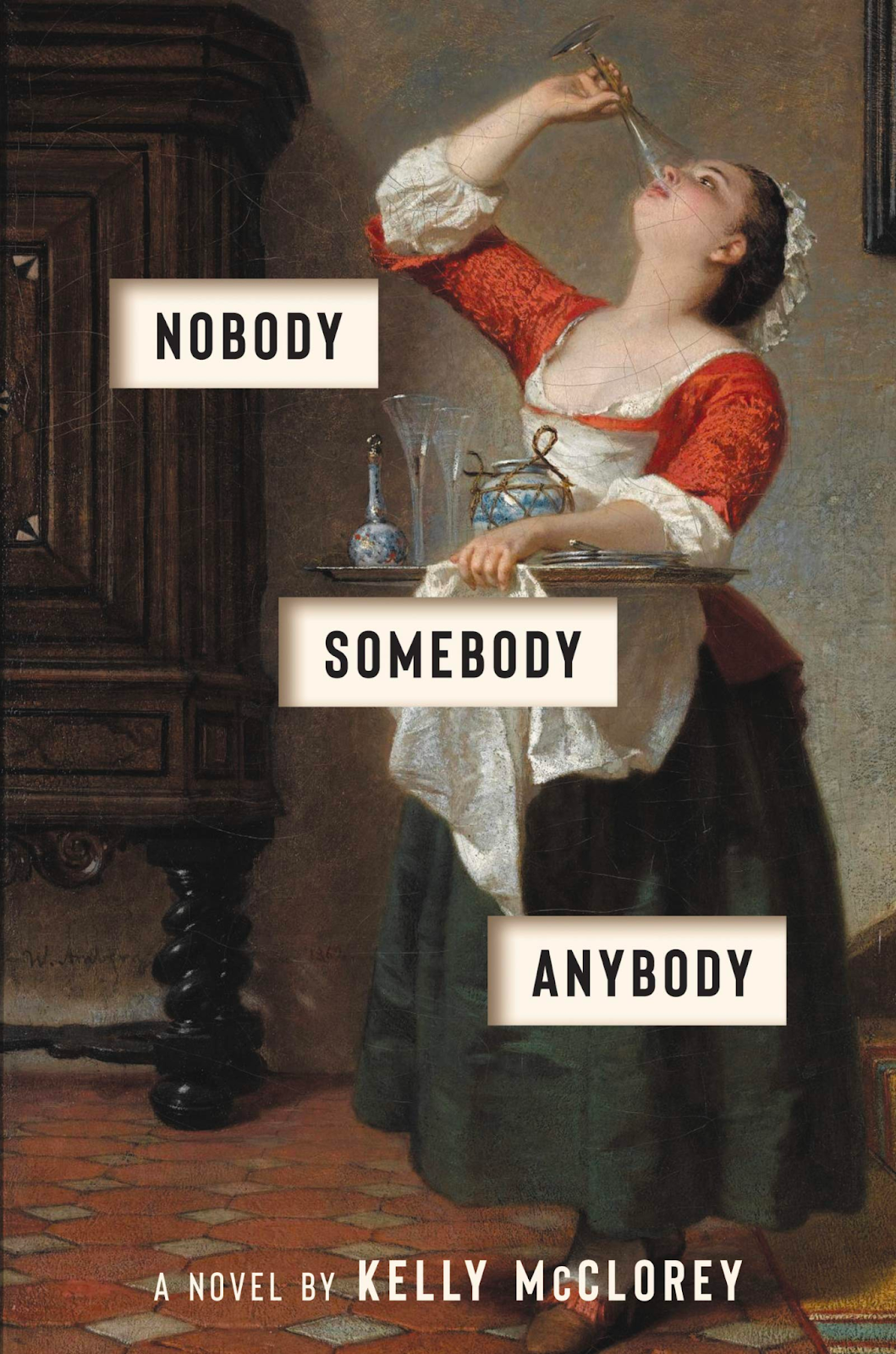 Amy Hanley is a chambermaid for a luxury yacht club in Massachusetts, but hopefully, it’s just a summer job. What she really wants to do is be an EMT, which she’s dutifully studying for.

Amy is in her mid-20s and is incredibly lonely. You wouldn’t think it due to her sharp voice and quick observations, but she’s so desperate for friends that she roots through her landlord’s mail and discovers a well-kept secret — he’s been in correspondence with a mail-order bride service, and Irina from Ukraine is set to arrive soon. Later, Amy and the landlord, Gary, form a friendship stemming from Gary’s anxiety about Irina’s arrival. Unsatisfied with his abilities, he recruits Amy as a taste-tester and the two start having dinner together. This helps Amy’s isolation somewhat, but not all of her problems.

Reminiscing on a former psychology professor she was fixated on, Amy decides to placebo herself into thinking she’s already passed the EMT exam so that it’ll be easier when the time comes. “Weren’t we all [placebo-ing ourselves] to some extent every day anyway? Telling ourselves mind over matter, think positively, visualize, manifest, fake it till you make it,” she asked. She prints out the EMT congratulations letter, informs her family — her dad even gifts her a year-long subscription to an EMT-related magazine — and orders the EMT uniform. She adopts this persona even at work, telling inanimate objects she’s about to clean, “My name is Amy Hanley. I’m an EMT. I’m here to help you.” Amy’s decisions border on unhelpful, digging herself deeper into her placebo-hole, but McClorey says, “Even as you get to know a character, they should still be able to surprise you, in the same way that after years of being alive, you can still surprise yourself.”

Amy’s delusion is familiar yet foreign — going to this length to trick yourself is risky, but seems like it could work. “Delusion was an accepted part of life. So why not take a more formalized, clinical approach?” 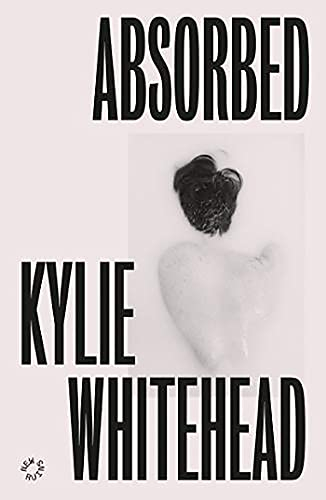 Allison has been with her boyfriend, Owen, since college. As a couple, they’re relatively happy, but Allison is increasingly anxious that she can’t live without Owen — that he’s more like an extension of herself rather than someone independent of her. “Allison wants Owen to give her everything he has emotionally, which she believes will alleviate her own feelings of inadequacy,” Whitehead said.

After a party the couple attends, they walk back to the apartment to have sex, but as Owen leans over Allison, she takes him in. “I tried to pull my face away from his, but our foreheads melted together,” she thinks in a moment of not complete panic as it happens.

Allison is a cold narrator, looking at events with a tinted perspective, now harboring two people inside her. As she thinks about her traumatic, highly-publicized past and wonders if it caused her “powers” today, she mainly keeps quiet on the situation. In fact, she isn’t too alarmed or worried for Owen, or regretful she took his life from him. “Should I remove [Owen] from his physical being, he would have no means of leaving me. He would truly be mine. Wasn’t that how love was supposed to feel?”

That the narrators of these novels are unreliable or insane only adds to their appeal — we all think of ourselves as reasonable, so it’s fun to exist in the headspace of someone making the wrong decisions or acting boldly.

“I think a good unlikeable character often reflects back to us parts of ourselves that we’re ashamed of or embarrassed by,” Whitehead said, then assured her work is not autobiographical. “You can sweep up all these crumbs of awfulness in your brain and build them out into something scary and funny and relatable.”

Similarly, McClorey feels comfort when a character dips into insanity, noting, “even if it’s done in a more extreme or off-kilter way than I might experience it. That’s what I’m interested in, our weirdness and our darkness, and feeling less alone in them.”

Balancing unlikeability with obnoxiousness is a great task as well. “The people I love most are complicated, conflicted and challenging, not simple and tidy, so ‘Hysteria’s’ narrator is very likable to me,” Gross said. “I wanted to give readers who’d struggled something to grab on to, and give the type of woman who hasn’t always been given air time — aggressive, desirous, self-punishing.”