The Daily Nexus
Listicles
Artsweek’s Most Anticipated Pop Culture Releases of 2022
January 28, 2022 at 10:41 am by Artsweek Staff

From books to shows to movies and music, it’s shaping up to be an exciting year for arts and entertainment. Let’s check out 2022’s most exciting releases.

Based on Czech author Jaroslav Kalfař’s 2017 novel “Spaceman of Bohemia,” the sci-fi feature film adaptation “Spaceman” is set to hit screens in 2022, distributed by Netflix. The novel’s blend of heart-wrenching historical prose and entertaining science fiction writing garnered critical acclaim, and, hopefully, the film will embrace the book’s intriguing (and often disturbing) appeal, even when faced with the challenge of bringing a giant, intergalactic spider to life. With an eclectic all-star cast (including Adam Sandler, Kunal Nayyar, Paul Dano, Carey Mulligan and Isabella Rossellini) and an Emmy Award-winning director (Johan Renck from “Chernobyl”) helming this picture, hopes are high for this science fiction flick.

Based on Don DeLillo’s 1985 novel “White Noise,” Noah Baumbach’s film adaptation, set to release sometime this year, has become one of my most anticipated projects. The novel, DeLillo’s breakout work, is a prime example of postmodern literature. Set in a Midwestern college town, the novel follows a year in the life of Jack Gladney, a professor and pioneer of Hitler studies, as he muses on death with his current wife Babette (Jack has been married five times to four women) and tries to raise a bundling of children and stepchildren. Along the way there will be airborne toxic events, a mystery drug called Dylar, which removes the terror of death from its user, and German nuns who don’t believe in God. In many ways the novel is a critique of American consumer culture in the 1980s. Hopefully, my brief description of the novel highlights how off-the-wall DeLillo’s novel is and why I’m eager to see how Baumbach pulls together the clashing elements of the work. The film stars Adam Driver and Greta Gerwig as Jack and Babette Gladney.

“Everything Was Beautiful” (album)

English rock band Spiritualized is set to drop their ninth studio album titled “Everything Was Beautiful,” something I’m very eager for considering the single “Always Together With You,” released in November of last year, was a masterpiece in and of itself. The track is reminiscent of the band’s 1997 song “Ladies and Gentlemen We Are Floating in Space,” a song that truly changed my life the first time that I heard it. The introductions of these two tracks from the band are almost identical, and many fans (myself included) are itching to see what the band does next in their 2022 album. Spiritualized dropped another single off their new album just a little over a week ago titled “Crazy.” It is a slow and beautifully crafted track with gorgeous vocals and instrumentals that almost reminds me of John Denver’s music. These two singles themselves are extremely impressive to see from the band, leading me to believe that the full album will be breathtaking. 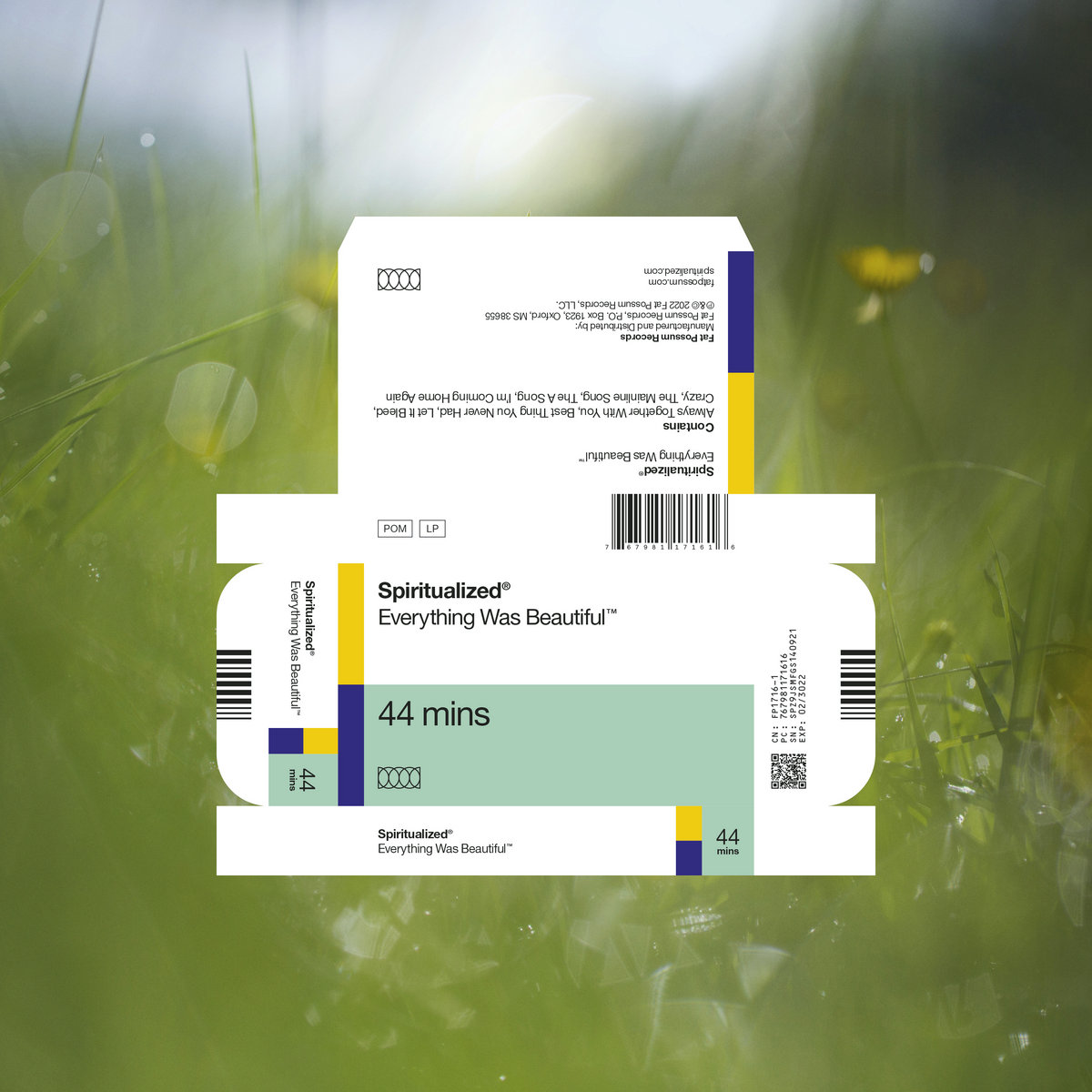 I’m personally looking forward to all of the new content Marvel is pushing out this year. Movies like “Black Panther: Wakanda Forever” and shows like Moon Knight are super exciting and projected to be very successful. Marvel’s partnership with Disney+ makes their content more available and fans count down the days until they can watch a new MCU TV show in the comfort of their own home. Taika Waititi, who single-handedly saved the Thor franchise with “Thor: Ragnarok,” is back for the fourth installment of the Thor series, pulling in popular characters like Valkyrie and Jane Foster for “Thor: Love and Thunder.” The new “Doctor Strange” movie, the trailer of which was shown at the end of “Spider-Man: No Way Home,” will be the first horror-influenced movie of the Marvel franchise, including a version of Strange from an alternate universe as well as Wanda Maximoff (and we’ve seen what she can do in “WandaVision”). With Marvel’s 2021 success with shows like “Loki” and movies like “Shang-Chi and the Legend of the Ten Rings,” I’m excited to see how they will top themselves in 2022 and am looking forward to some of their most thrilling content yet.

After a massively successful year with her novel “Beautiful World, Where Are You,” Sally Rooney is once again having a book translated to the TV screen with “Conversations With Friends” set to premiere on Hulu later this year. The story follows young student Frances and her friend Bobbi as they involve themselves in the lives of Melissa and Nick, a married couple a few years older than them. Frances gets involved in a relationship with Nick, keeping it secret from Bobbi and Melissa, but tensions come to a boil as the girls are invited to a vacation home with the couple, and Frances and Nick must stay even more secretive. Rooney’s fan-favorite second novel, “Normal People,” was also adapted into a Hulu series in 2020 with Paul Mescal as Connell and Daisy Edgar-Jones as Marianne, to immediate commercial success. With the “Conversations with Friends” adaptation starring Joe Alwyn (as Nick) and Alison Oliver, it’s sure to follow in the footsteps of “Normal People.” 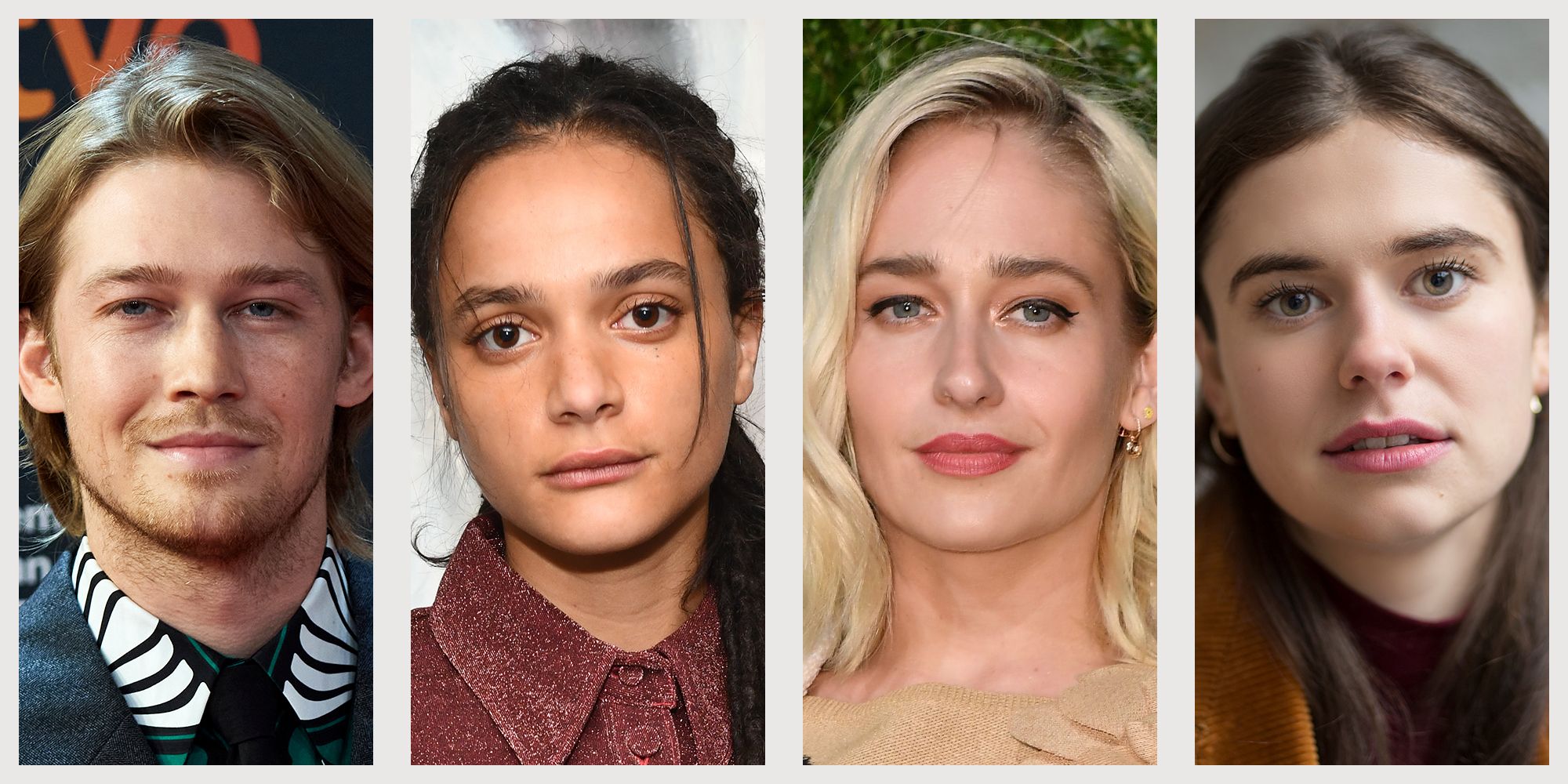 The four singles Mitski has released so far from her first album in four years — “Laurel Hell” — have each had a little gem of a personality, a hint of where the album might go and an entirely new style of Mitski’s work. Not to mention that three of the four have uniquely different music videos going along with them! The first song, “Working for the Knife” is the weakest, but cuts straight to the point (“I used to think I’d be done by twenty / Now at twenty-nine, the road ahead appears the same”). “The Only Heartbreaker” is a propulsive, emotional tune that takes off at the bridge. There’s something about Mitski’s enunciation of “The Only Heartbreaker” in the chorus that emotes her feelings exactly — a staple of her best tracks. “Heat Lightning” is a slow cut, and its production is meticulous and thought out. Finally, the last single (for now), “Love Me More” is the best of the bunch with its repetitive chorus and 80s perfection. She pleads, “Love enough to drown it out / Drown it out, drown me out.” This is gearing up to be Mitski’s most cohesive, excellent album to date. 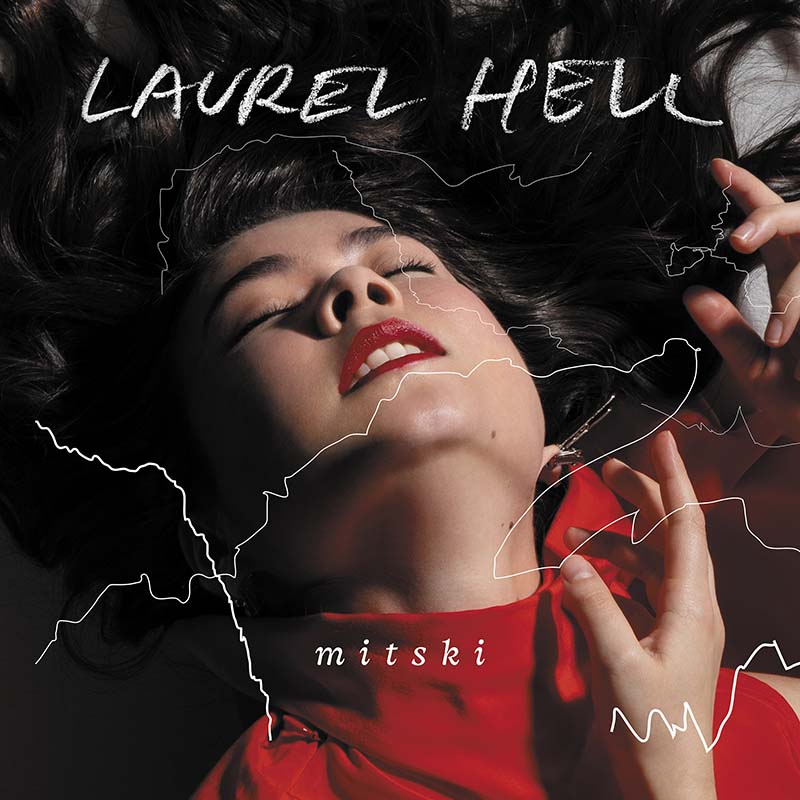 After years of bringing the niche sub-genre “hyperpop” to the mainstream (or at least as close as she can get), Charli XCX is returning to her roots with her upcoming album “CRASH.” Her previous quarantine album, “How I’m Feeling Now,” was released to critical acclaim, and from the samples we’ve gotten from the new one, it looks to perform similarly well. The lead single, “Good Ones”  is a fiercely cutting electro-banger with killer choreography Charli nails in the video. “New Shapes” the next single, was released with past collaborators Caroline Polachek and Christine and the Queens, is another synth-pop explosion of personality. With Charli describing the upcoming album as her “Janet [Jackson]” album, “Poptastic” album and her “evil era,” it’s one to mark on your calendars. 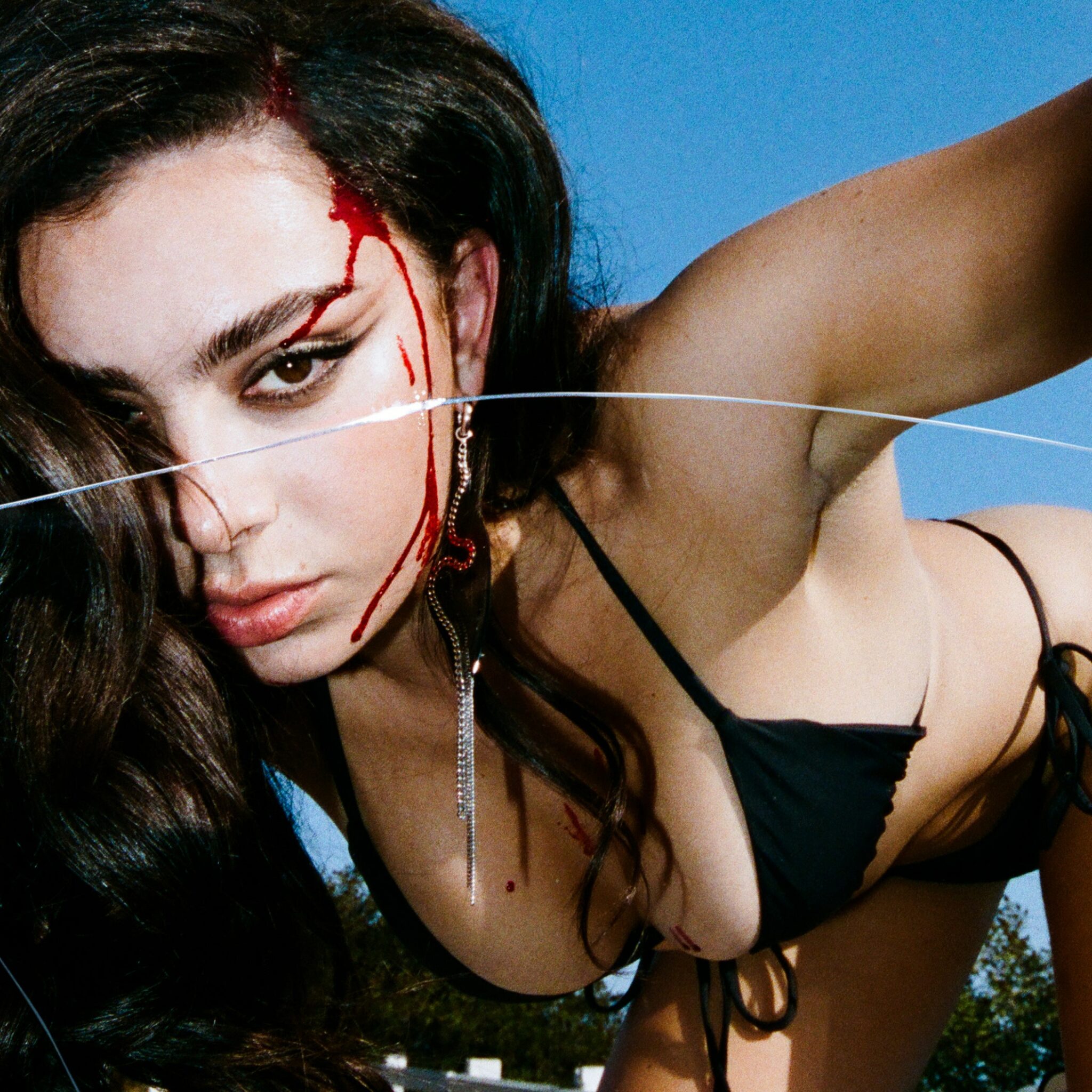 Good news for all 88rising fans: keshi is finally releasing his first official album, Gabriel, on Feb. 4. Casey Luong, known for his stage name keshi, is a Vietnamese-American singer and songwriter that’s been coming out with calming, relatable music since 2017 on SoundCloud. Although his entire discography deeply resonates with almost anyone, keshi became recently more popular with the release of his single “beside you” and his appearance at the Head in the Clouds Festival. It’s hard to not like keshi’s music once you hear any song by him, with his unique composition complimenting his profound lyrics and story telling. Although people often compare keshi’s sound to 88rising artists like Joji and Niki, keshi’s music offers a refreshing sense of comfort by putting all these relatable feelings humans encounter every day in a soft, soothing melody. All of keshi’s songs talk about emotions everyone can relate to, with songs like “right here” that deals with the love that people have for those they no longer talk to, and songs like “drunk” that describes coming home alone from a party without anyone to come back to. Whether you have heard about keshi before or not, Feb. 4 is the perfect day for you to be lured into keshi’s beautiful, yet sorrowful, discography. 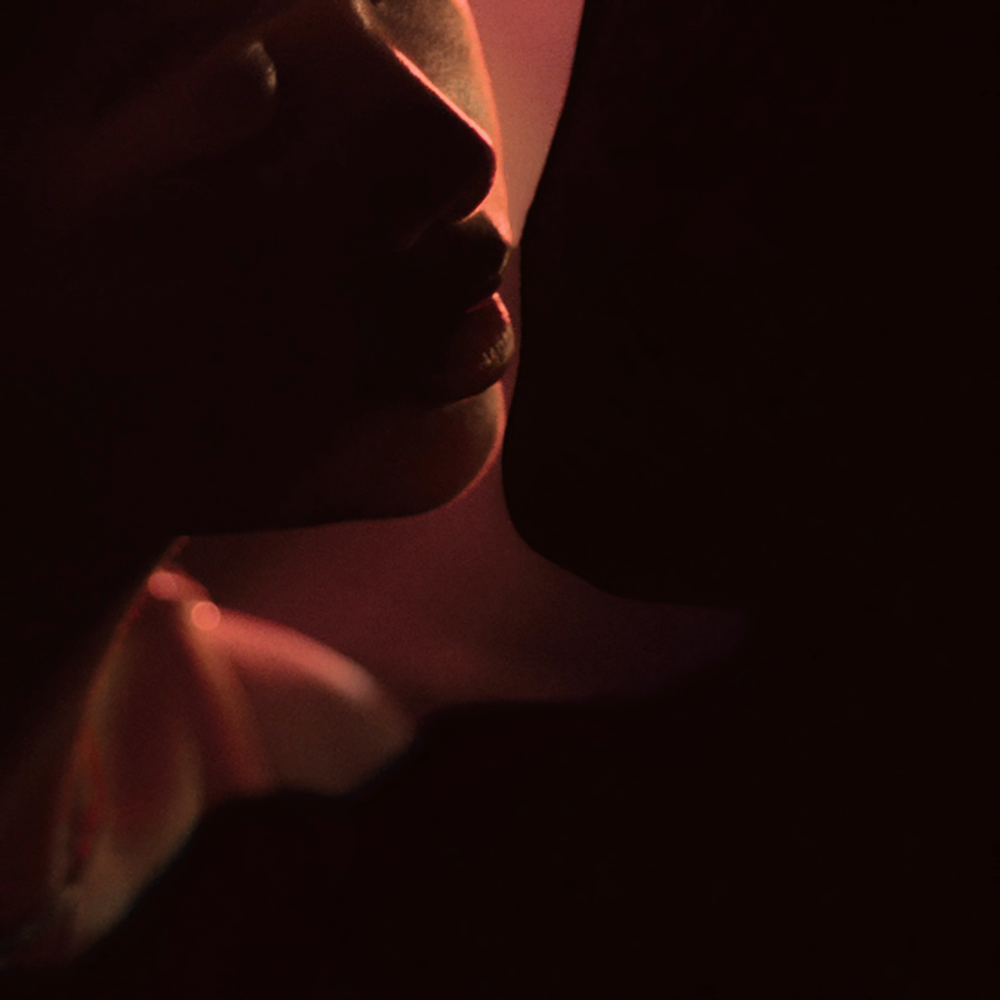