The Daily Nexus
News
CAPS Overwhelmed With Students Requests, Students Struggle To Get Services
December 7, 2021 at 10:00 am by Holly Rusch

UC Santa Barbara offers Counseling and Psychological Services as a free resource for any student struggling with their mental health. But for the students who’ve been employing its services during Fall Quarter 2021, long wait times for services and a lack of clinician diversity can make things difficult, creating uncertainty and anxiety. 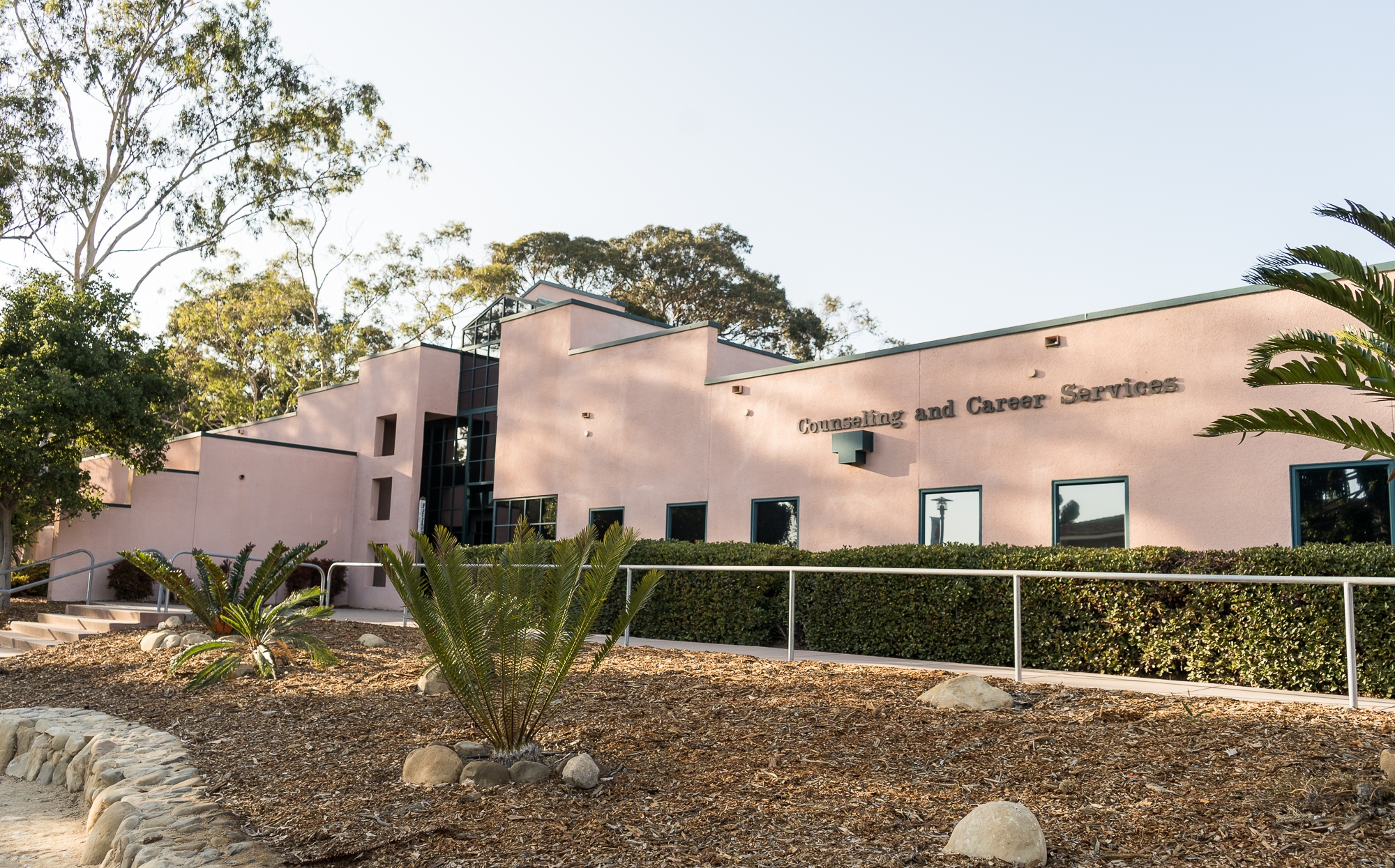 During an average year, students usually receive a brief assessment 10 days to two weeks after filing a Counseling and Psychological Services (C.A.P.S.) Services Request Form and see a clinician two to three weeks after their assessment, according to Janet Osimo, an assistant clinical director at C.A.P.S.

This fall quarter, however, C.A.P.S. is booking intakes approximately two months after that initial brief assessment because of an increased student demand for C.A.P.S. services and the limited availability of community providers, Osimo said in a statement to the Nexus.

Ashley Jack, a third-year Chicano studies major who has been utilizing C.A.P.S. since late winter 2021, found help and support through the program, bonding with her therapist.

But during one appointment with her therapist, after being asked how she was doing, Jack cried.

“I just cried. And I really don’t like crying because I feel like it makes me feel worse,” she said. “But it was nice. I was comfortable with him. I could cry. And he was really listening to me … He wasn’t telling me what to do. ”

Jack, who previously saw her therapist every two to three weeks — noting that he was consistently fully booked and “very busy” — took a break from C.A.P.S. over the summer. Feeling her mental health declining this quarter, she reached out for help and to schedule an appointment.

“But it’s been two weeks,” she continued, pausing. “And it was really bad.”

For over two weeks, Jack heard nothing from C.A.P.S., and said the waiting period took a toll on her mental health.

“The one time I really, really need them, and they’re not there. Like, there’s no word. There’s no, ‘Hey, we don’t have any appointments.’ There’s just nothing. It sucks, because even now, in the next five weeks, I need just someone to talk to,” Jack said.

“There’s just a point where I’m like, ‘OK, I just don’t even want to do school anymore.’ This is so overwhelming and there’s no outlet. I just want to leave,” she continued.

The experience has left her disillusioned with the university and the college experience.

“I just feel really burnt out. I’m honestly giving up on being in college. I don’t want to do it anymore,” she said. “I just want to hurry up and get it finished. All my passion is gone. I’m just kind of doing it for the piece of paper at this point.”

For one first-year history of art and architecture major, who declined to share their name for privacy concerns, the two to three week waiting period between filling out the services request form at the beginning of the school year and hearing back from a representative created feelings of uncertainty and anxiety.

“I did not hear back from the C.A.P.S. office until two or three weeks later,” they said. “No sort of phone call, no email, no nothing. So I’m just like, ‘OK, am I even gonna get support?’”

“In a perfect world, I’d want a therapist who has or has worked with people of color, queer people, people with disabilities, because I check off all of those boxes,” they said.

On Tuesday, the C.A.P.S. office let the student know they had an appointment cancellation for this week and were able to book them in. They said they’re excited to be seen, but apprehensive about what will come next.

“Preferably, I would like to see a therapist at least once every two weeks. I feel like that would be very helpful to me. But it’s just like that uncertainty of can they fulfill that? Do they have the resources to fulfill that request for me?”

According to Osimo, C.A.P.S. services are not designed for long-term use.

“C.A.P.S. functions on the brief therapy model, meaning that students are not seen at C.A.P.S. for long-term therapy,” Osimo said. “Most students average about four sessions and those sessions are typically spaced out two to three weeks at a time, depending on student and staff availability.”

For students desiring long-term care via weekly sessions, Osimo said that a clinical provider outside UCSB could be a better option.

A variety of factors go into the decision, including “if they require regular weekly sessions, if they are looking for a clinician with a particular skill set that we may not provide and if they have insurance that will provide them weekly therapy appointments,” Osimo said in the email to the Nexus.

For Brooklyn Garcia-Franco, a third-year political science major, requesting therapists specific to their identity or at least understanding of their identity meant not receiving help until January.

Garcia-Franco, who is trans and requested a therapist who understands LGBTQ+ issues, said that after waiting two weeks to hear back from C.A.P.S., he was told that an appointment wouldn’t be available until 2022 and was referred to look for outside therapists.

“When I did that, and I did contact, at least I would say, eight different therapists, everyone was either ‘Oh, we don’t accept that insurance,’ or it was booked,” Garcia-Franco said. “It was always something, which is so unfortunate, because, like I said, if it’s someone who really needs that help, they would have nowhere else to go.”

After extensive research, one therapist that Garcia-Franco previously reached out to had an opening — but he still feels disillusioned with the school’s mental health services.

Cassidy, a third-year environmental science major who declined to give her last name for privacy concerns, described her experience with the brief assessment as “strange.” She had requested a female therapist to help with her gender dysphoria and said that she was told only one C.A.P.S. therapist — a man — was an expert on gender dysphoria and gender issues.

“Of course, I’m going to take the expert — the only expert you have with gender related issues —  whether they’re male or female, [but it’s the] fact that they they have one gender dysphoria or transgender focused mental health professional in a school of 25,000 students,” she said.

She said that her experience as a student at UCSB has been marked by long periods of waiting anxiously for basic services.

“It’s always a deferral with UCSB,” she said. “I fear that because C.A.P.S. is out of appointments until January, or they may even be booked through January at this point, I don’t know if I’ll be able to get a follow up or regular therapy session at C.A.P.S.”

According to C.A.P.S. Associate Director Brian Olowude, C.A.P.S. has about 50 people on staff, 28 of whom are mental health providers.

“C.A.P.S. also has a group of seven psychology trainees (doctoral interns and post-docs) who help to serve our students, as well as 10 Mental Health Peers who provide specialized and focused outreach,” Olowude said in an email to the Nexus. “C.A.P.S. is pleased to share that the department recently hired six new clinicians who will be able to see students very soon (upon final credentialing approval) and the department also has three open positions under recruitment.”

For one fifth-year history major who declined to share his name citing privacy concerns, his time at C.A.P.S. was marred by similar concerns of long wait times and a lack of diversity.

“It’s a huge kind of culture shock coming here, especially being very disconnected from my own community, culturally and everything,” he said. “So I went to go see a therapist about that, which really didn’t help so much, because there’s kind of a struggle with diversity in C.A.P.S.”

The fifth-year said that while he was provided a therapist with a similar background on paper, his experiences were very different from their own.

“I carry this with me; this is my trauma,” he said. “After I got that therapist, I kind of just thought, ‘Oh, so this is the kind of response that they’re gonna give me, they don’t really know about that.’ So maybe I should stop expecting so much from them.”

He utilized C.A.P.S. services mostly to be medicated for depression until the pandemic, when he took a break from C.A.P.S. Coming back to school and struggling with anxiety, he reached out again for help. After waiting for over a month for an appointment, he was told to reach out to community providers.

“At that point, I mustered up all the energy that I had to reach out to C.A.P.S., I held out for a month and I really did not have the energy to go look for a therapist,” he said. “I felt like that was not a viable option. That was not something I could do — and I was desperate.”

Out of options, he began to take his mother’s prescription medications for anxiety and depression.

“She was basically giving me her medication, so that I could be stable enough to keep going, and to come back to school and be productive, which worked out in the long run,” he said. “What really helped me was my family and the medication that my mom gave me, my community —  that’s what saved me.”

But the fifth-year history major worries for others — especially low-income, first generation and marginalized students — who don’t have a safety net.

“It breaks a lot of students, because they come in feeling that they have a safety net that doesn’t exist. And they’re crushed when they find out that nobody’s looking out for them,” he said. “What has saved us actually is other low income students, other students of color who have guided us through the ways of UCSB.”