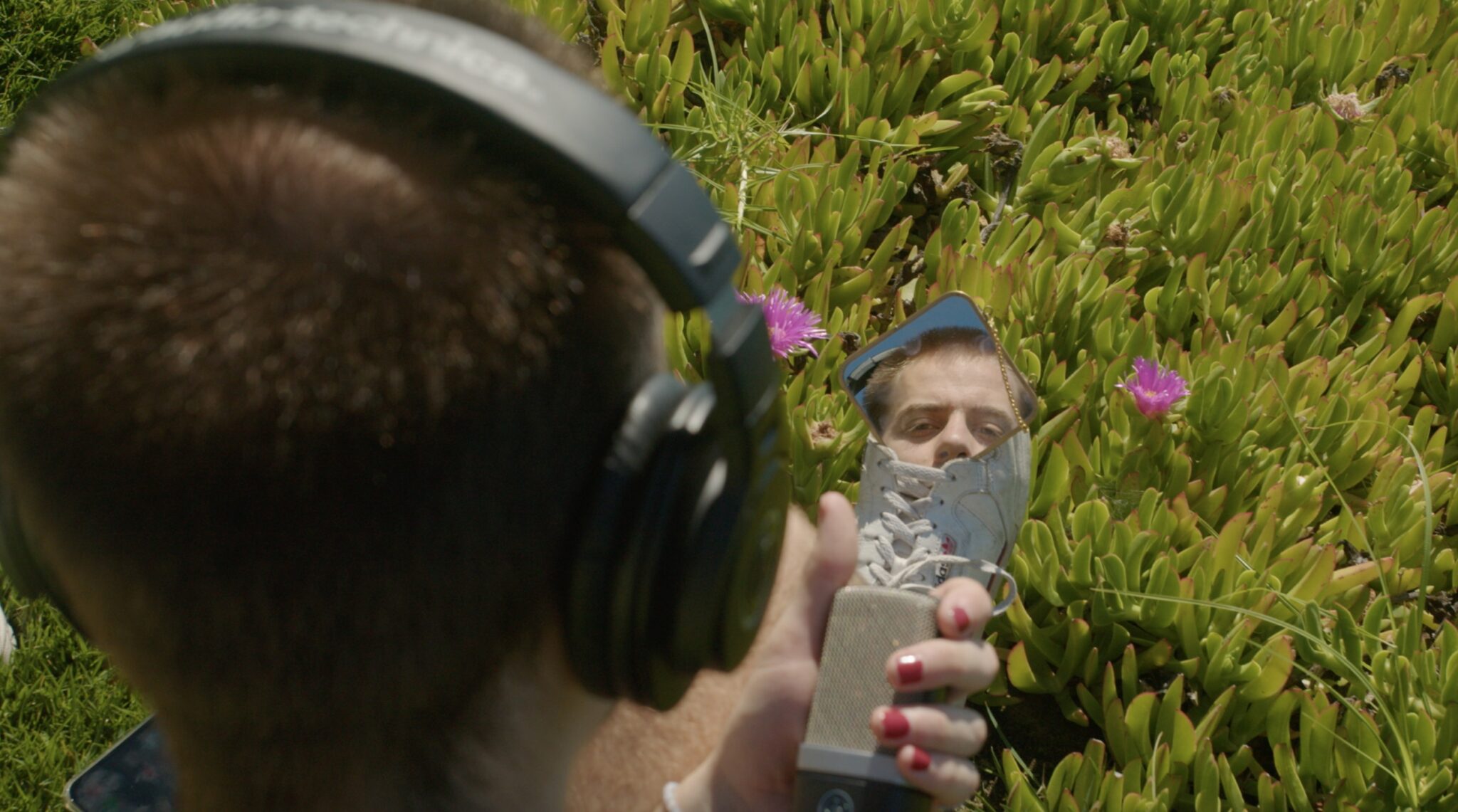 Behind THREEZERO is Nathan Russell, a 2021 economics graduate of UC Santa Barbara.

“I felt like nothing really suited me more than using something that had to do with the number thirty because of what it represented already in my life. I felt like it was an easy transition,” Russell added.

The UCSB alum’s musical origin story began when he was around 11 years old when he started playing the violin.

Born and raised in St. Louis, Missouri, Russell played violin in an orchestra from middle school to high school, and when he moved to Chicago in high school, he was immersed in the slam poetry scene.

Participating in these competitions encouraged Russell to put writing and music together and understand aspects like tone and inflection.

“Writing was one of my favorite things to do but making that translate to the microphone is something that takes time … doing spoken word helped me get to that point where I felt comfortable delivering the lines I was writing,” Russell said.

While these tracks can’t be found on any streaming platforms anymore, Russell was also in a rap collective with his friends in high school. His current sound has followed a different path — “an alternative sound” — a factor that conflicted with his new album.

“I do want to make a sincere point that a lot of artists — specifically white artists — will capitalize off of hip-hop and once they get successful or once they find their sound they’ll just dismiss it as if it wasn’t a big stepping stone for their music. So I don’t want to say I no longer make hip-hop because my music is very influenced by rap and the same sounds I was creating years ago,” Russell said.

This fluid sound pulls influence from the music played around Russell’s house — “house of class rock, bluesy rock.” In particular, he listed lead singer of Pearl Jam, Eddie Vedder, and Radiohead frontman, Thom Yorke, as musicians who have influenced his performances. Russell also cites producer-rappers MF DOOM (who Russell dressed up as for Halloween with the iconic Doctor Doom mask) and Kanye West as inspirations. He described how trailblazer MF DOOM in particular pushed him to attempt both songwriting and producing, which would allow him to have full control over the creative process.

Russell continued his music journey as both a producer and songwriter when he came to UCSB, branching out from his collective and making music on his own. 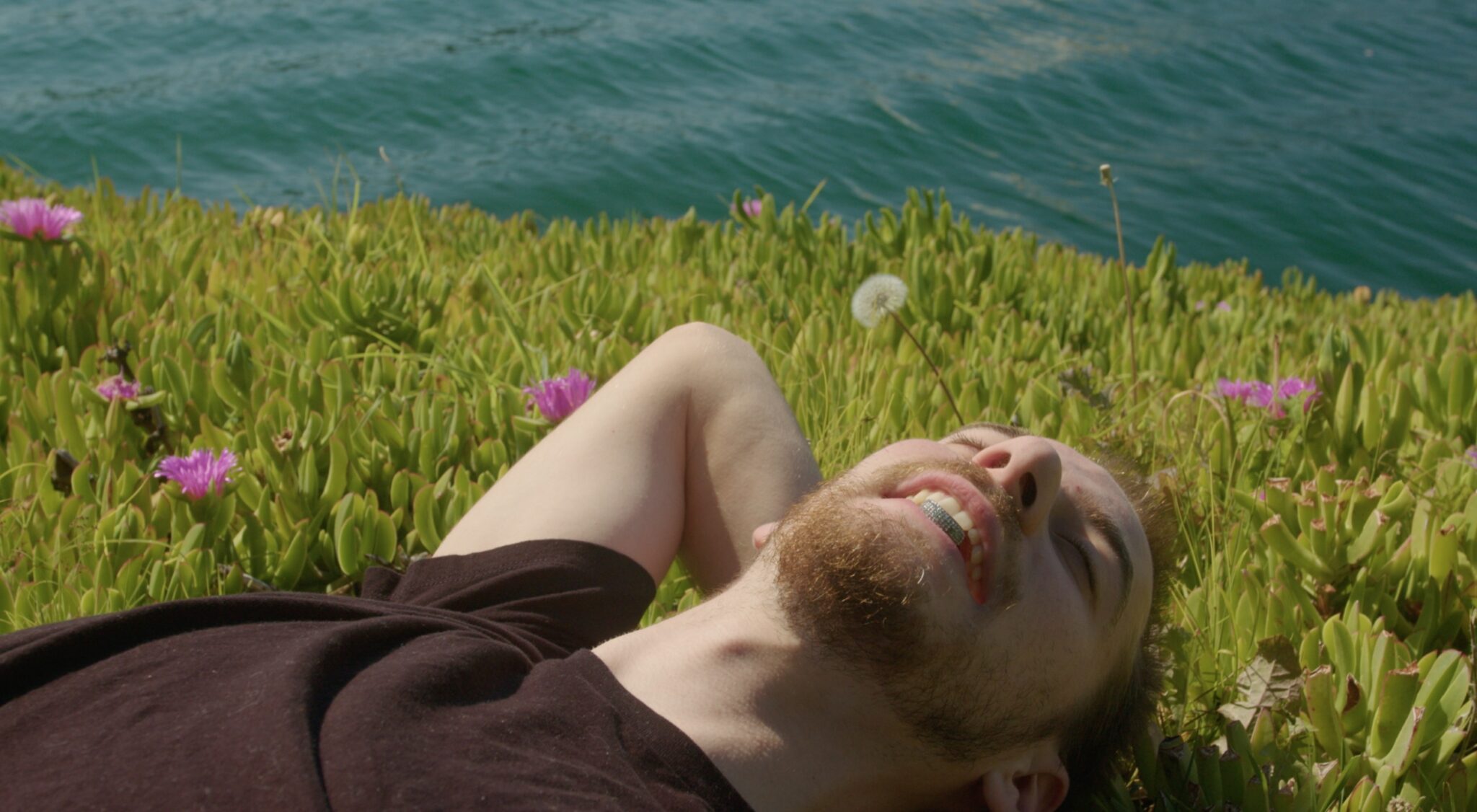 In 2021, Russell’s final year at UCSB, the singer-songwriter released his first single from “SEEING DOUBLE,” a track called “FALLING.”

Russell shared that the beat for “FALLING” was originally created for a beat battle on Twitch hosted by producer Kenny Beats. Russell knew, however, that more could evolve from the instrumental, and ultimately crafted a saccharine, summery love song.

The song was accompanied by a visualizer that was directed and edited by Nidhi Khanolkar, a 2021 UCSB communications and film graduate.

Khanolkar and Russell’s creative partnership has roots at the Anacapa dorms, when one of Khanolkar’s friends went on a date with Russell. As one does, they immediately looked up Russell on social media.

“We saw that he made music so we were like ‘OMG we have a friend dating a rapper, he’s gonna be big,’” Khanolkar said.

Their years at Santa Barbara passed, and they remained simply as “a friend of a friend,” but the two creatives did follow each other on social media.

“I saw the stuff she was posting; [she had taken] sick pictures and post[ed] cool videos. I thought her aesthetic was really cool so I hit her up knowing that she knew of me. I felt pretty confident we might be able to make something,” Russell said about the inception of their collaboration.

“I always loved music videos. Every quarter I would make a music video about all the parties me and my friends went to in I.V. … it would be really fun and heartwarming,” Khanolkar said.

The two creatives connected to create a video to accompany the track. During the last week of Spring Quarter 2021 — and their last week as college students — Russell’s I.V. house was converted into an amateur production set.

As a film student, Khanolkar had made documentaries, but this was her first time heading a creative project without a crew.

“That was a big learning experience … you have to be realistic and practical but also have a vision about it and not be basic,” Khanolkar said.

Russell shared that a major reference point for the visualizer was Tyler, the Creator’s “Who Dat Boy” music video. During the final moments of the video, different versions of Tyler are singing and dancing along to his track “911 / Mr. Lonely” in a scenic, natural background.

At his I.V. house, surrounded by housemates and friends of housemates, Russell would run in and out of the house to throw on outfits while Khanolkar recorded him.

The “FALLING” visualizer features eight different versions of the musician donning different outfits backdropped by the greenery in his front yard.

Khanolkar shared that the morning of shooting she had to look up how to clone on Adobe Premiere Pro, a fact that Russell learned months later.

“You could’ve fooled me, you looked mad confident,” Russell cheekily said to Khanolkar.

“The [videos] we make now are a bit more planned out, but there is an element of improvisation to it and I think that’s what makes it intimate and lively,” Khanolkar said.

Russell recently traveled to Foster City, where Khanolkar currently lives, to visually collaborate for “SEEING DOUBLE.” Together they produced a series of visuals, from short clips to use for promotion to a music video for a track to extra B-roll footage.

The two artists agreed that their recent collaboration feels more personal as friends.

“I came in with some ideas visually but at some point when you have someone who is so trustworthy you gotta just say, ‘I trust you to do what you can with this and make something out of it,’” Russell said about their creative process.

THREEZERO’s debut album, “SEEING DOUBLE,” was released last month on Nov. 5, and the album hosts 10 short but captivating tracks that are all under two minutes long. 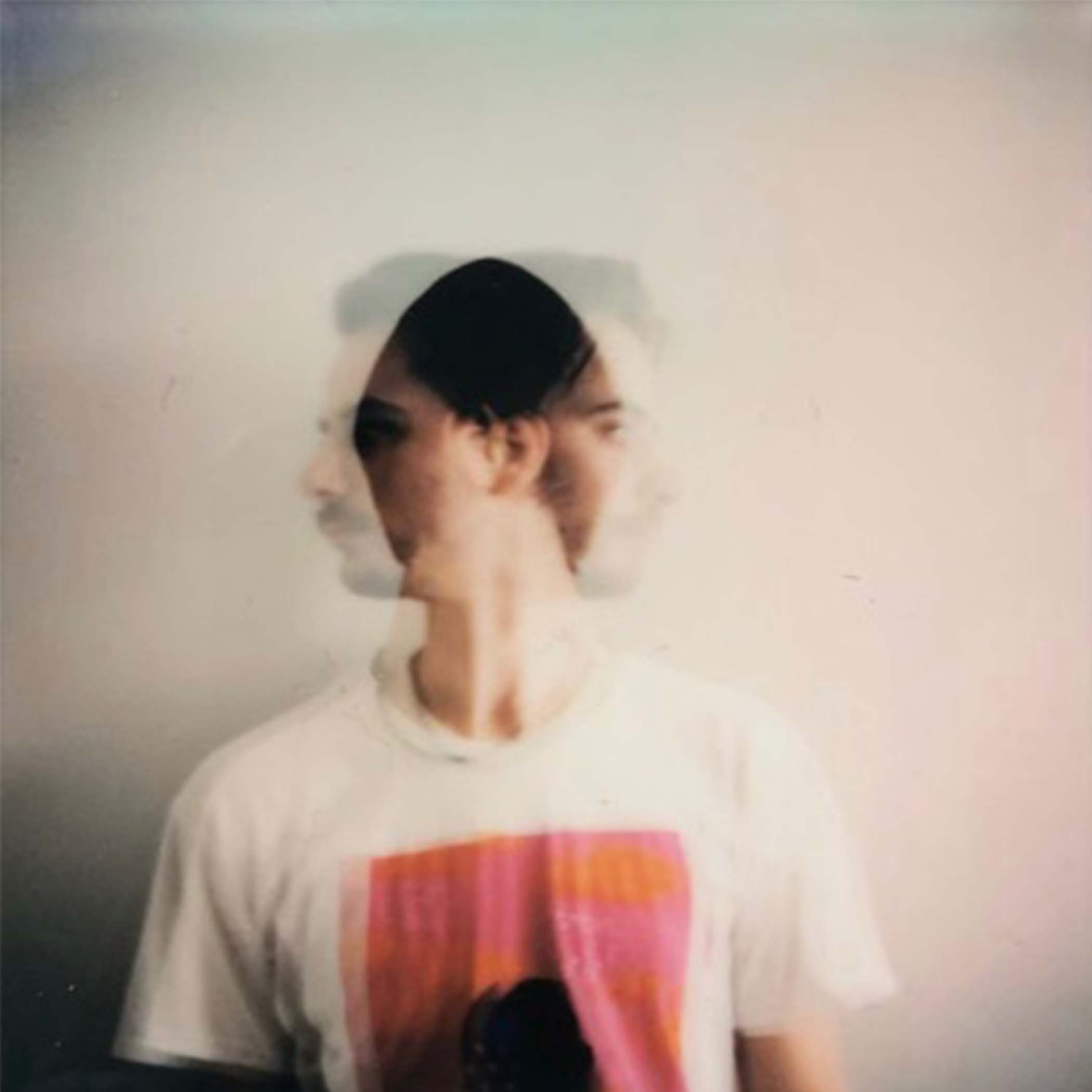 Pictured above is the cover artwork for “SEEING DOUBLE.” Courtesy of Nathan Russell

“[I was] going for a more abrupt style … an album that does not overstay its welcome,” Russell said about the album and track lengths. Beginning in July 2020, the musician would bust out his home setup — speakers, microphone and keyboard —  and record whenever he could.

“Making this album in the pandemic meant that I was really trying to find the emotional spaces that I couldn’t find physically anymore. Music was the best way for me to tap into all the emotions — good or bad  — over this course of a life that I knew was going to change forever because of [the pandemic],” Russell said about the album process.

In creating music, Russell shared that he usually begins with instrumentals.

“As a producer who sends out beats to other artists, I know I’ll keep something for myself if I immediately start humming a melody — which is how most of [my songs] start, not really with lyrics in mind but some kind of melody,” Russell said.

His creative process is not rigid, however, and for his track “THE TOWER,” Russell had actually begun with the lyrics, having written the hook a year prior. Later, once he created an instrumental, he was reminded of the lyrics and intertwined the two parts to create the longing track.

The alternative genre can be seen in the variety of influences in the album. Standout track “ON SIGHT” delves into the hip-hop sounds that Russell got his start in music making with, while “LIGHT SPEED” has indie-pop influences and features airy R&B-type vocals from Russell’s high school friend Simone Gabrielle.

As the process leading up to tracks such as these was remote, Russell shared that he would often FaceTime his mixer, Liam McGhie. Yet these conversations would often circle back to how each of the creatives were doing, to keep up with each other during the isolating pandemic.

These creative and personal connections “inform the music a lot, to break down barriers with the people you’re working with,” Russell said.

Looking towards the future, Khanolkar shared that she is “hoping to make more content of [her] own and collaborate with people … working with other people teaches you about the artist you are … [and allows you to] stretch your own horizon.”

Russell plans on “working outside the project narrative.” In creating long-form projects, such as “SEEING DOUBLE” and his previous EP “The Many Faces You Wear,” he focused on producing songs that needed to fit cohesively into a project. Producing songs freely will allow him to be consistent with releasing music.

In 2022, we can hope to see a “barrage of singles here and there, then I’ll dip off the face of earth until I have [my next album],” Russell said.

You can listen to “SEEING DOUBLE” on Apple Music, iTunes, Spotify, SoundCloud and YouTube.