“In The Heights” producer Lin-Manuel Miranda makes his directorial debut with “Tick, Tick… Boom,” a biographical film adaptation of the musical that was released on Netflix on Nov. 12. The film, set in 1990, follows Jonathan Larson, an American composer who is most notably known as the creator of the musical “Rent,” on the brink of his thirtieth birthday as he struggles to find a producer for a musical that he’s been writing for the past eight years, all while working his day job at a diner. Miranda’s apt position as director has allowed him to deliver a creatively inspiring, stunningly raw and humorously relatable portrayal of Larson. 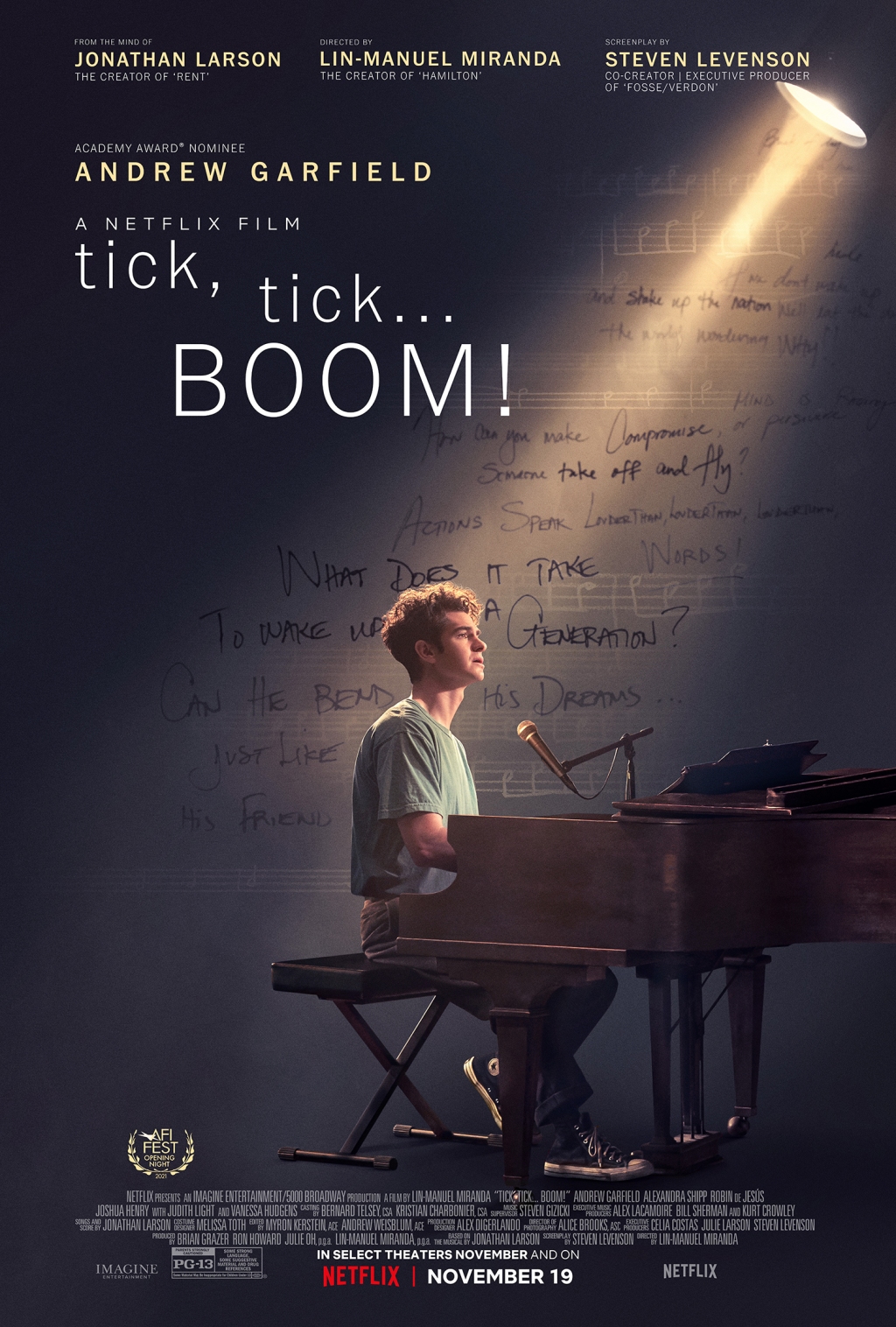 Who better to direct “Tick, Tick… Boom” than Miranda? The connection between the two playwrights’ careers is undeniable. Not only are both of them star-studded musical theatre royalty, but they’ve also experienced similar journeys in the field, and Miranda has consistently cited Larson as a source of inspiration throughout the years. Both Larson and Miranda paved the way for the future of musical theatre — Larson with “Rent” and Miranda with “Hamilton” — and tirelessly worked on their passion projects while working mundane day-jobs like waitering and jingle-writing. Furthermore, both composers tenaciously continued pursuing their dream despite concerns that they wouldn’t “make it.”

In fact, Miranda actually applied for the Jonathan Larson Grant for “In the Heights” but ironically did not receive it. Regardless, he did exactly what he stated in his essay application for the grant: “Quite frankly, I want to change the landscape of American Musical Theatre.” This statement is uncannily similar to an iconic line Larson delivers in the film, when he states, “I’m the future of musical theater, Scott.”

Steven Levenson, who wrote the book for the musical “Dear Evan Hansen,”  writes the screenplay non-linearly, artfully interpersing events in Larson’s life with scenes and musical numbers from an in-film performance of the production. By offering the audience the unique opportunity of watching the musical performed on a stage while viewing the moment it’s inspired from, Levenson strategically employs a stronger connection to the source material while also accentuating and underscoring parts of the film.

The performance of “Therapy” is woven into an argument scene between Jonathan and Susan, effectively lightening the otherwise gut-wrenching tension between the two characters. This is not to say that the film rejects sincerity, as there do exist intimately emotional moments throughout the production that don’t rely on the alleviation of music.

Some musical numbers function as the opposite of “Therapy.” Instead of showcasing the on-stage production to highlight the moment, they do so through a fantastical performance within the moment itself. In “Sunday,” Jonathan is overwhelmed by the Sunday brunch rush and transitions into song where he envisions the Moondance Diner sign replaced by a Broadway-style musical title: “Sunday, music and lyrics by Jonathan Larson.”

The movie is riddled with enough musical cameos to turn a movie night into trivia night. One of the most impressive of which is the late Stephen Sondheim (who Larson idealized), who composed music for “Into the Woods” amongst many other classic musicals. Though the actor in the film is not actually Sondheim, the composer does speak in a voicemail to Larson’s character in the movie. After the movie was screened for him, Sonheim actually asked to rewrite the voicemail so that it would be more authentic to what he would say to Larson.

Andrew Garfield beautifully captures Larson’s unwavering creative spirit. He took singing lessons for a year in order to embody Larson, pleasantly surprising Miranda who prior to filming, wasn’t actually sure if Garfield could sing. He charmingly captivates the audience with his emotional transparency, allowing them to viscerally experience what Jonathan is feeling at any given part of the film. Garfield emulates Larson’s true artistry, a focus on his craft ingrained so deeply in his person that nothing can tear it away.

“Tick, Tick… Boom” tackles the ongoing battle all artists face: relentlessly pursuing one’s dream or taking the commercial route, the route that guarantees a comfortable life. As a creator, the “starving artist” stereotype appears closer and closer with each missed opportunity, and it may seem more prudent to simply keep one’s dream as a hobby while taking a job that pays well. “Tick, Tick… Boom” revitalizes one’s creative nature, validates the idea of pursuing your passion and urges the audience not to give up just yet: There’s more to come.