The Gauchos were crowned champions of the 2021 Big West Conference after a decisive 4-0 win against the UC Irvine Anteaters. 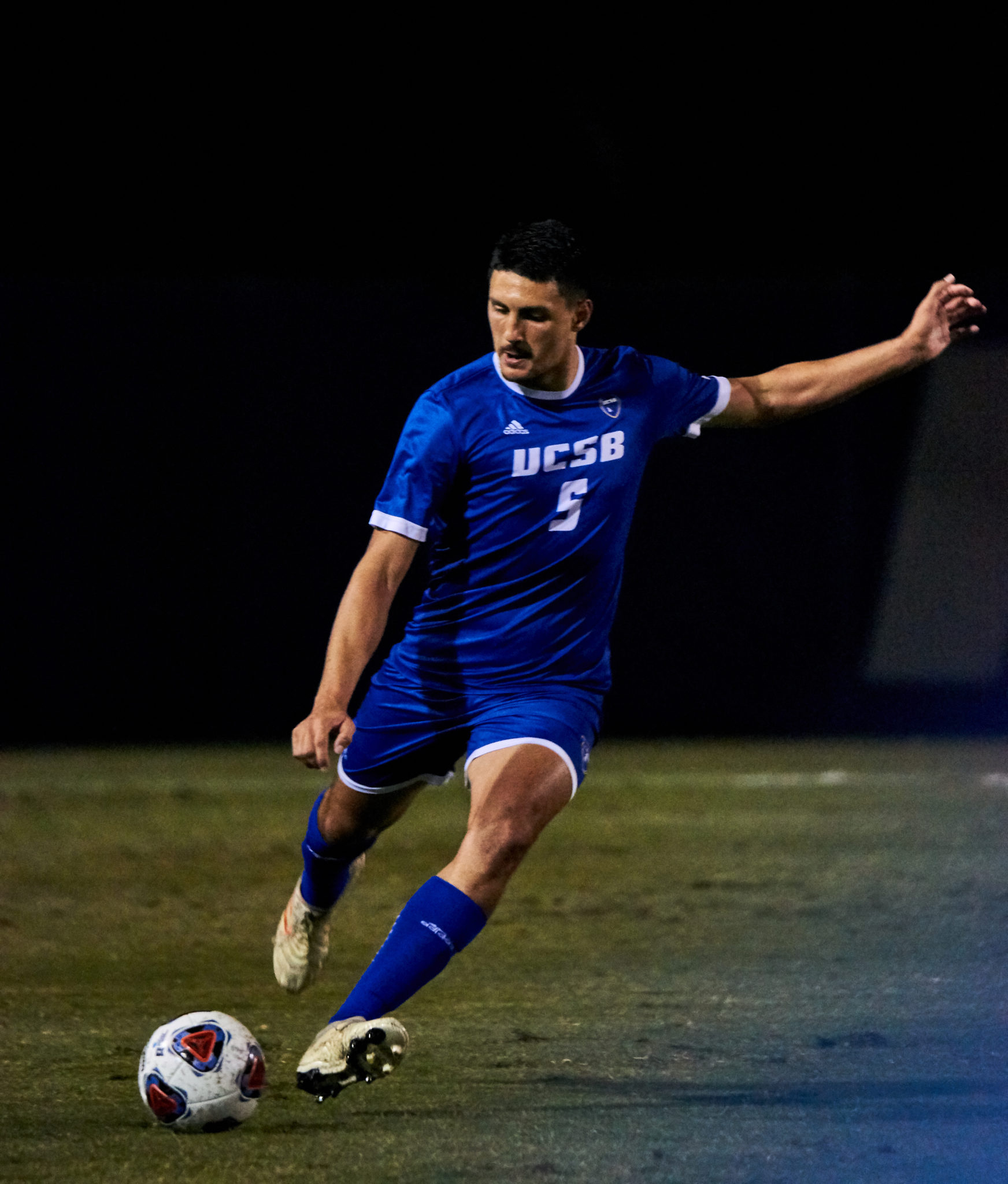 Despite both teams heading into the final with identical conference records— 6-1-2, including each of their semi-final victories — the Gauchos dominated the match. The victory marks their first conference championship since 2010.

Offensive opportunities from both sides were few and far between in the first 15 minutes of the match, but the deadlock was finally broken by freshman attacker Ramses Martinez’s solo attempt, netting him his 1st goal of the season. The ball came off an attempted clearance from an Anteater defender after a corner straight to Martinez, who slotted a one-touch shot through the flurry of players.

The only 2 shots on goal from the Anteaters came in the first half which were saved by sophomore goalkeeper Leroy Zeller —  who now has 9 clean sheets on the season. 7 of the Gauchos’ 11 shots were on goal while the Anteaters threatened the net with 2 out of 11 shots.

The game saw a good amount of action just before the half. First, freshman forward Salvador Aguilar scored his 6th goal of the season in the 44th minute after dispossessing an Anteater defender just outside their 18-yard box.

Aguilar followed with a shot across the face of the goal between the keeper and a defender. A minute later, the Anteaters were dropped to 10 men after midfielder Oscar Cervantes was shown a second yellow.

Junior center back Henry Davies recorded his 3rd goal of the season in the 54th minute from a corner kick after a scramble in the box. To really drive the game home, as well as his phenomenal season, sophomore forward Finn Ballard McBride scored his 9th goal of the season on a counterattack and was assisted by Martinez for his 2nd goal involvement in the match.

The Gauchos’ solid season has earned them a spot in the NCAA Men’s Soccer Tournament and they will take on the UCLA Bruins in the first round on Thursday, Nov. 18 at UCLA at 7 p.m. The match will be streamed on the Pac-12 website.