Even after nine studio albums, pop superstar Taylor Swift is still known to constantly break musical records as her music continues to impress fans, casual listeners and music critics alike. Her most recent release, “Red (Taylor’s Version),” dropped on Friday, Nov. 12, and has been an instant roaring success, breaking the Spotify record for the most-streamed album in a day by a female artist, which she previously held for her eighth album “folklore.” “Red (Taylor’s Version)” is a re-recording of her fourth studio album “Red,” which was originally released in 2012, and it’s not surprising that it’s even better than when it first came out. 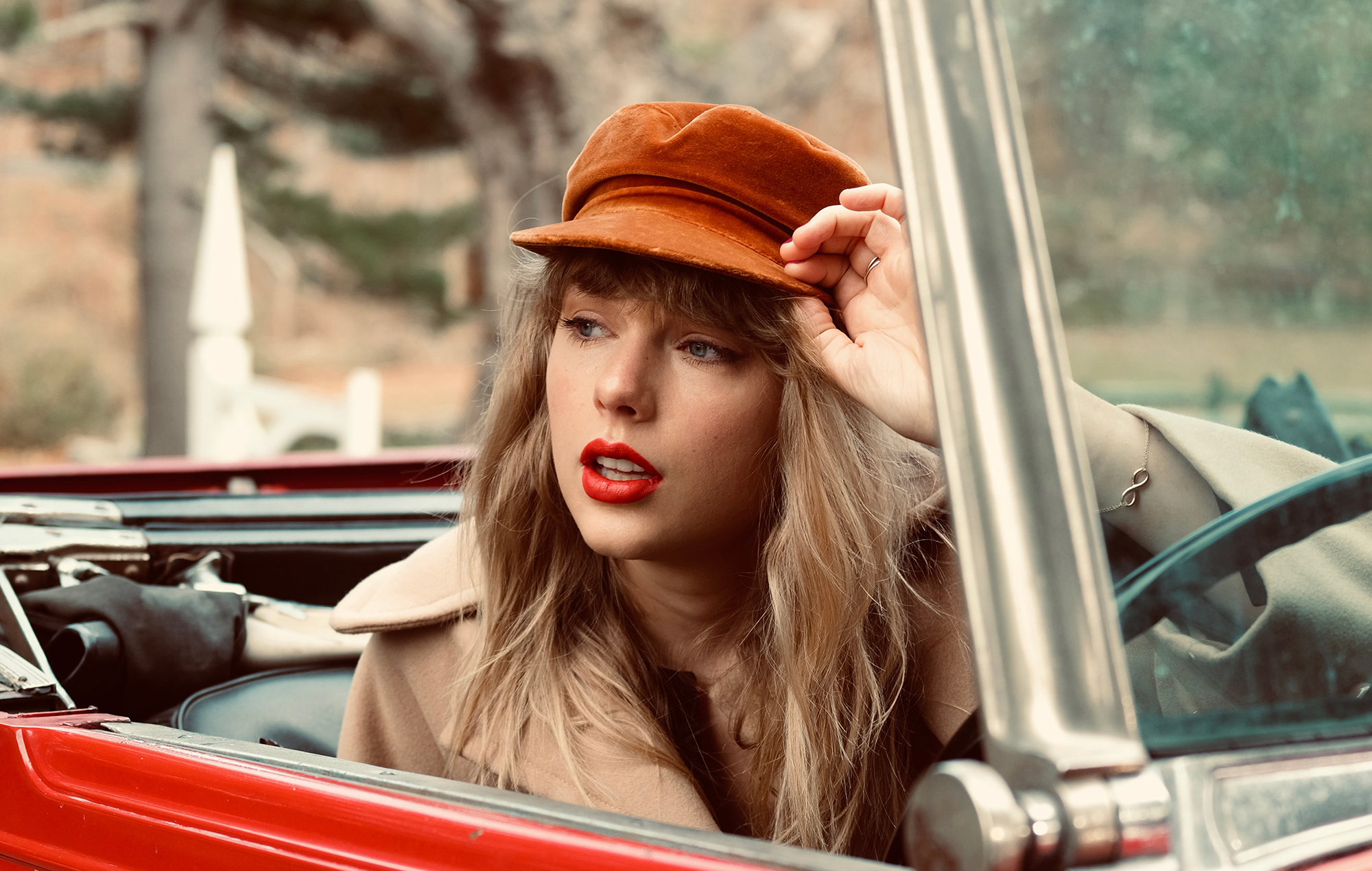 Swift had announced in August 2019 that she would be re-recording her first six albums, a result of her master recordings being sold and her not being able to buy them back. Although “Red (Taylor’s Version)” is the second re-recording from Swift, the anticipation that Swifties around the world felt for this release — in comparison to “Fearless (Taylor’s Version)”— was unmatched, fueled by her team’s well-thought-out promotion of the album.

The album opens with “State of Grace” and “Red,” two songs that perfectly capture the novelty and uncertainty of a relationship that will inevitably end. The line “all we know, is touch and go” in “State of Grace” highlights the on-again, off-again nature of such intense love, and “Red” uses the color to emphasize the thrilling yet unpredictable foundation of the relationship. The tracklist follows with “Treacherous” and “I Knew You Were Trouble,” a pair of songs about being aware of the possibly destructive nature of a relationship but continuing to stay, lured in by the excitement of it all.

The album then leads into “22,” a birthday playlist staple that takes a break from the sorrow and instead celebrates the confusion that is being in your twenties. By listing the fun, spontaneous adventures one embarks on with their friends on their birthday, “22” captures the essence of being young and still having fun despite the stressors that life brings. The seventh track, “I Almost Do,” reminisces on a relationship and describes wanting to take someone back — in stark contrast to the next song, the emphatic post-breakup “We Are Never Ever Getting Back Together.”

The album brings back Ed Sheeran and Gary Lightbody of Snow Patrol for the original two duets of “Red,” which somehow come back stronger and more emotional than before. “The Last Time” delivers undertones similar to those of “I Almost Do” but with a back-and-forth exchange between both people in the relationship, while “Everything Has Changed” recounts a sweet romance that has changed both persons for the better.

The 11th track, “Holy Ground,” continues the reminiscent tone of previous songs but this time in a positive light, appreciating a past relationship for all the good moments, even though it ended. It’s followed by a toned-down “Begin Again” that’s nostalgic of Swift’s country music days, as she describes having to change her outlook on love that her previous relationship ruined for her.

One song whose production gets a makeover is “Girl At Home,” a song about a person who keeps trying to flirt with others even though they have a girlfriend waiting at home. Originally featuring a more toned-down, country-esque vibe, “Girl At Home” is transformed into an electro-pop bop worthy of being on “1989.” 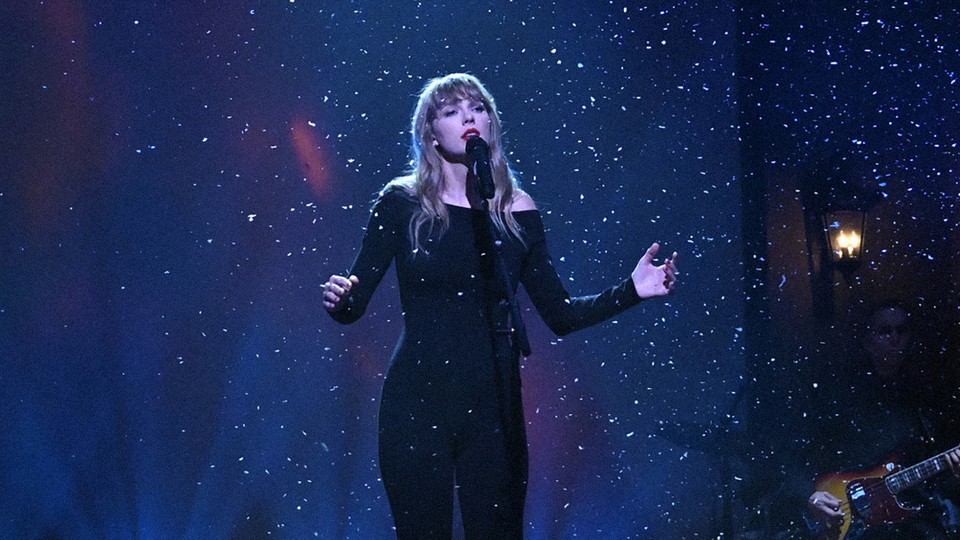 “Red (Taylor’s Version)” includes nine “From The Vault” tracks that explore both country and pop. “Better Man” and “Babe” are songs that were written by Swift but were not included on the original album, resulting in her giving them to Little Big Town and Sugarland, respectively. This time, Swift was able to deliver these songs like she would’ve wanted them to sound on “Red” the first time around. There are two upbeat vault tracks, “Message In A Bottle” and “The Very First Night,” that are similar to the giddy romance of “Starlight” while also claiming their own “1989”-like enthusiasm for new experiences. The sixth vault song, “Forever Winter,” regards mental health and the anxiety of knowing someone with depression, hidden under an almost Christmas-y tune. The line, “I’ll be summer sun for you forever / Forever winter if you go,” along with Swift’s vocals cracking in desperation at certain times, makes this song a heart-wrenching one once you listen to the lyrics carefully.

There are three vault tracks comprising duets with big names like Phoebe Bridgers, Chris Stapleton and, once again, Sheeran. Bridgers joins Swift on the track “Nothing New,” a sentimental song that highlights the fear of losing one’s novelty in the music industry. Although this is a very specific situation, the lyrics perfectly capture the hypocrisies young women face when growing up: “They tell you while you’re young / ‘Girls, go out and have your fun’ / Then they hunt and slay the ones who actually do it.” Stapleton provides background vocals on “I Bet You Think About Me,” a song that takes Swift back to her country roots and is a fun, angry jab at one of her exes. Lastly, Sheeran accompanies Swift on “Run,” a song that is seemingly about a private relationship and the desire to run away with each other to escape the public eye.

While the original “Red” album might be remembered for upbeat pop anthems like “22” and “We Are Never Ever Getting Back Together,” “Red (Taylor’s Version)” puts the spotlight on a song that has held a special place in Swifties’ hearts for a long time: “All Too Well.” This song, although not a lead single, has been known for its detailed imagery of a whirlwind romance that ends in heartbreak. The lyrics are beautifully written with equal parts resentment and heartache, a for sure scream-in-the-car kind of song. Swift announced that the album would include the original 10-minute version of “All Too Well,” along with a short film starring Dylan O’Brien and Sadie Sink that documents the story told in “All Too Well.” This 10-minute version completely changes how one views the breakup tale from the original, adding five more minutes of calling out the other person in the relationship for how they tore up the “masterpiece” that was the relationship (how dare you not show up to her 21st birthday, Jake). Although a 10-minute song may seem like it shouldn’t work, Swift exemplifies that if it is done right, it will work.