The Daily Nexus
Music
In Review: Beach House Releases the First Chapter of Their Upcoming Album “Once Twice Melody”
November 18, 2021 at 12:14 pm by Makenna Stark

At midnight on Wednesday, Nov. 10, Baltimore-based musical duo Beach House sent their fans into a sublime trance with the release of the first chapter of their upcoming album, “Once Twice Melody.” The chapter, consisting of four tracks, was released with accompanying visuals to form a 21-minute masterpiece. 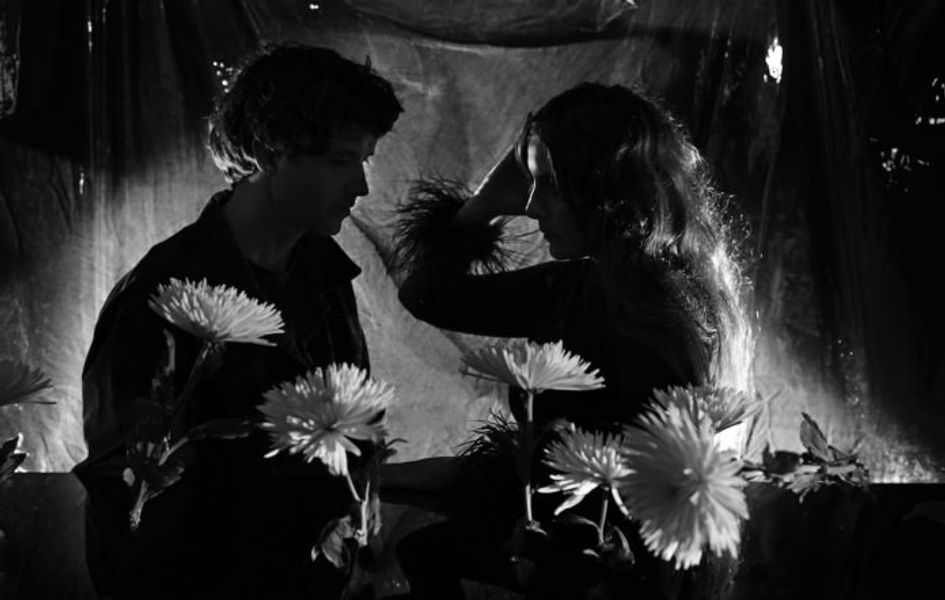 Courtesy of Far Out Magazine

As any true Beach House lover understands, good music has a unique ability to make you feel like you are floating through time and space — your only guidance being the sounds surrounding you. This is the precise feeling that this new release provides, and with fluid, immersive visuals and classically genius Beach House lyrics, listeners are taken on a journey through the minds of Victoria Legrand and Alex Scally.

The chapter opens with the future album’s namesake, “Once Twice Melody,” a song exploring the psyche of a girl yearning for a version of reality no longer in reach for her. The visuals for the track depict a starry-eyed woman, lost in her own consciousness.

The second verse divulges a central theme of the song: time blurring together into one ever-changing, non-discernable obscurity. It ends with “Nights fly by / In her mind / All along the boulevard / She tries to understand / A never-never land,” a lyric that most who gravitate toward Beach House’s art can relate to in their own fashion.

One notable aspect of Beach House’s discography is that it develops with its audience in such a way that any new release seems to elucidate moods that listeners themselves may not have yet put into words. Being their first release since their 2018 album “7,” these four tracks were highly anticipated, and to no one’s surprise, they did not disappoint. This release is a promising setup for the upcoming album.

The third track, “Pink Funeral,” is one of the standout tracks of the chapter. With their first-ever incorporation of a live string ensemble, Beach House adds new dimensions to their classic synth-dominated sound. With dark yet captivating visuals, it feels as though you don’t know if you’re being sent into a daydream or a night terror.

The chorus, ending with “Swans on a starry lake / Hearts that were made to break / Tears through a white lace veil / Pink funeral,” alludes to the globally renowned ballet “Swan Lake,” composed by Pyotr Ilyich Tchaikovsky. The track is an ode to the tragedies depicted in the classic, ballet story of Odette, a princess doomed by an evil curse.

In this context, the use of strings becomes much more than a sonic choice for Beach House: it serves a greater role in the narrative of the song, alluding to the beginning of “Swan Lake” in which, as verse one depicts, “The swell of strings begins to rise.” In “Pink Funeral,” the phenomenal, lyrical abilities of Beach House are harnessed to evoke the emotions of a classic tale.

Many fans of Beach House can attest to the sentiment that music can often be impactful on a profoundly personal level. The title of the last track in the chapter, “Through Me,” embodies this feeling of closeness to musical artistry. While listening to this first chapter, it is as though Beach House’s music moves through you.

This release has created many thrills for Beach House listeners around the globe, who have been patiently awaiting new music since May 2018. The duo has outdone itself once again, and for anyone looking to escape into some dreamy tunes or race down the freeway at slightly unsafe speeds, this EP is the ultimate soundtrack for your adventures.

The album, “Once Twice Melody,” set to be released in full on Feb. 18, 2022, is being unleashed in a series of four chapters, each coming out about a month apart. This will no doubt be Beach House’s most cinematic release to date, and to the delight of their devout fans, the final release will be followed by an extensive tour throughout North America and Europe. To all Beach House lovers: set your alarms! Tickets go on sale this Friday, Nov. 19, at 10 a.m. local time.