The Daily Nexus
Photo
In Photos | Overview of Men’s Water Polo Against Pepperdine
November 13, 2021 at 8:00 am by Joela Rodriguez

The crowd at Campus Pool witnessed an entertaining, high-scoring game between the UC Santa Barbara men’s water polo team and Pepperdine University on Nov. 13, with the Gauchos prevailing 16-13. This game in particular served as a showcase for the Gauchos’ seniors on Senior Day. 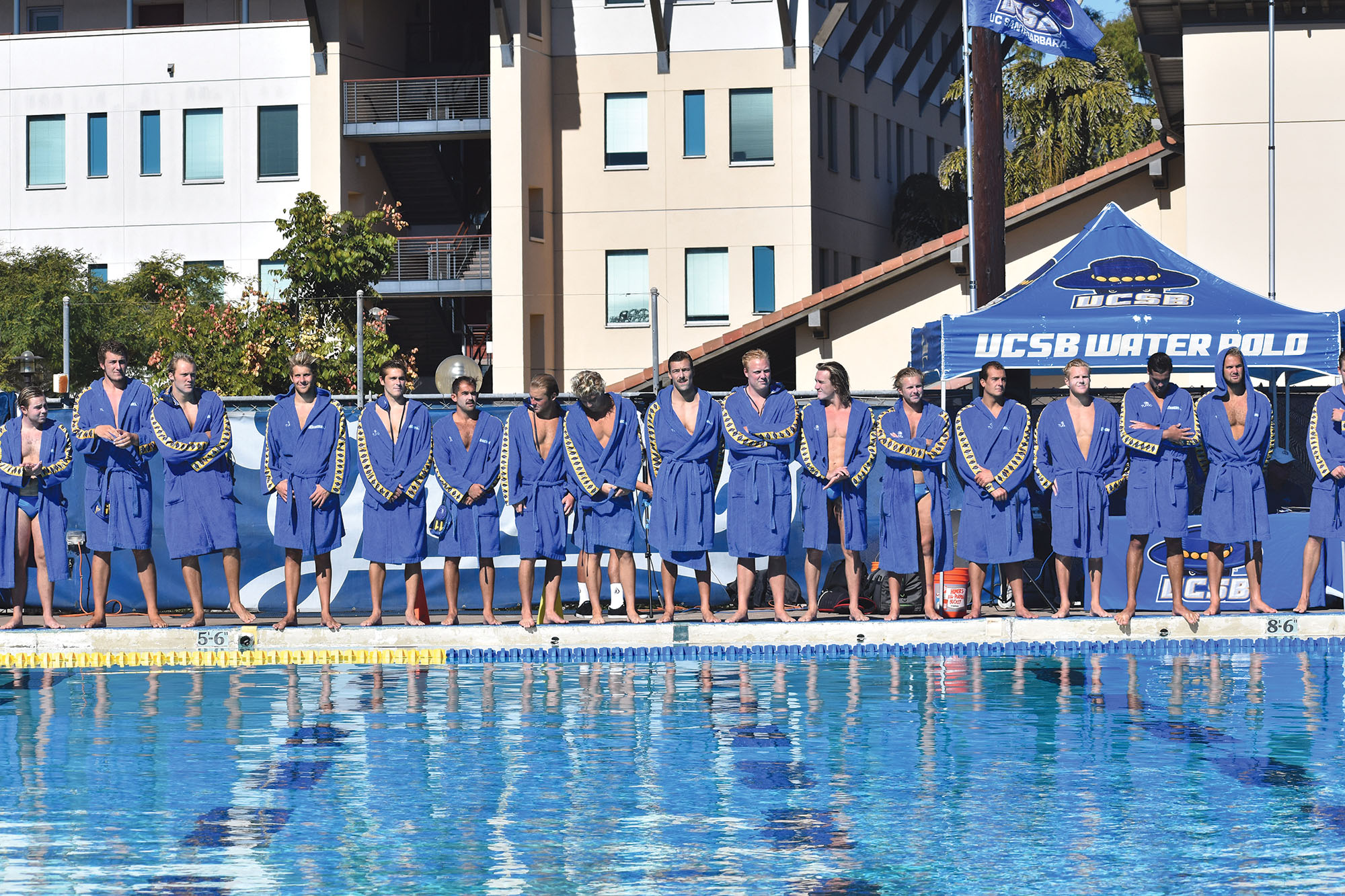 All participants were acknowledged for their upcoming game. (Joela Rodriguez / Daily Nexus) 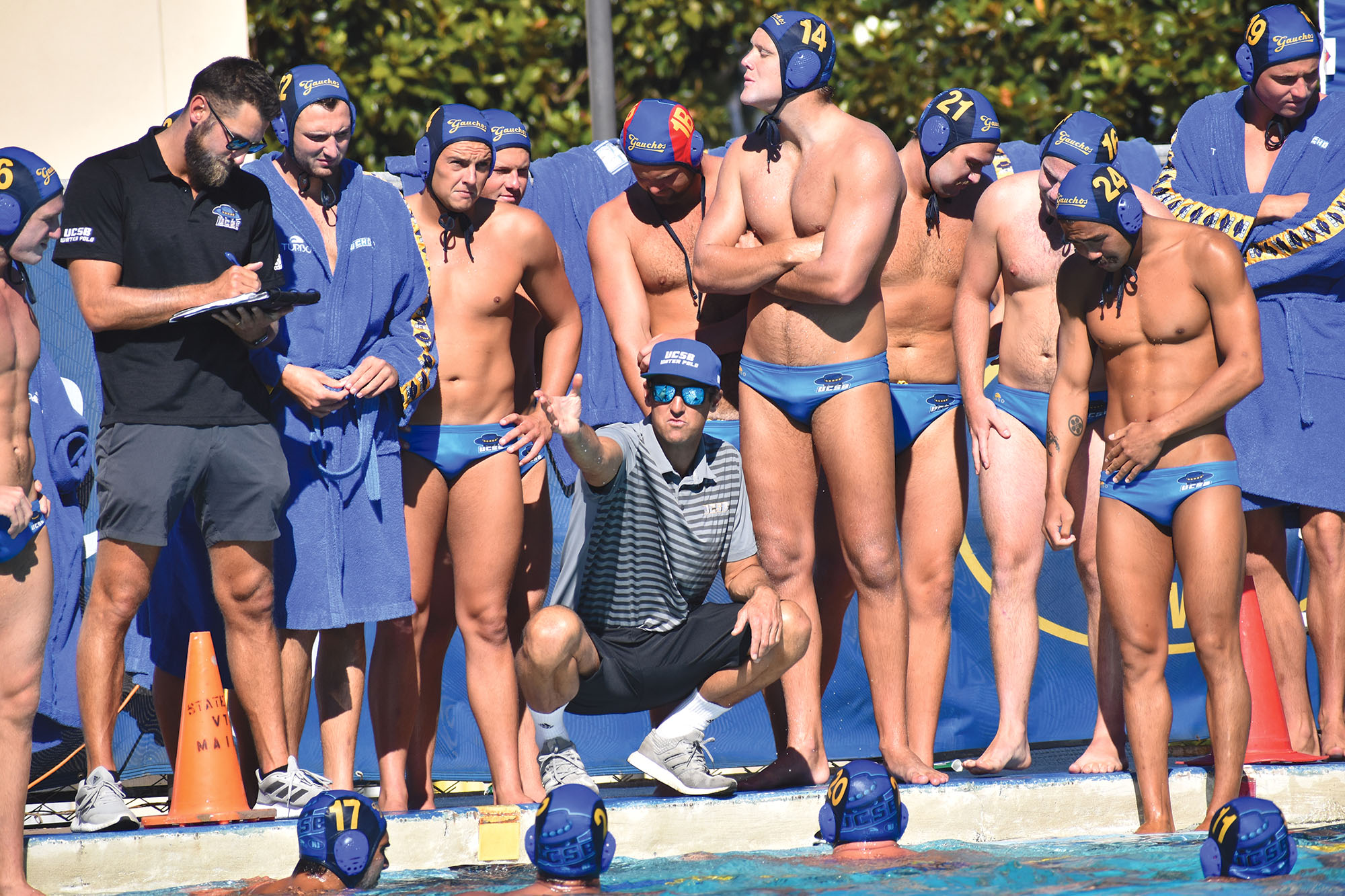 During the team’s timeout, UCSB Head Coach Wolf Wigo is shown giving the players a game plan for the remainder of the first quarter, which led the Gauchos to a 6-3 lead. (Joela Rodriguez / Daily Nexus) 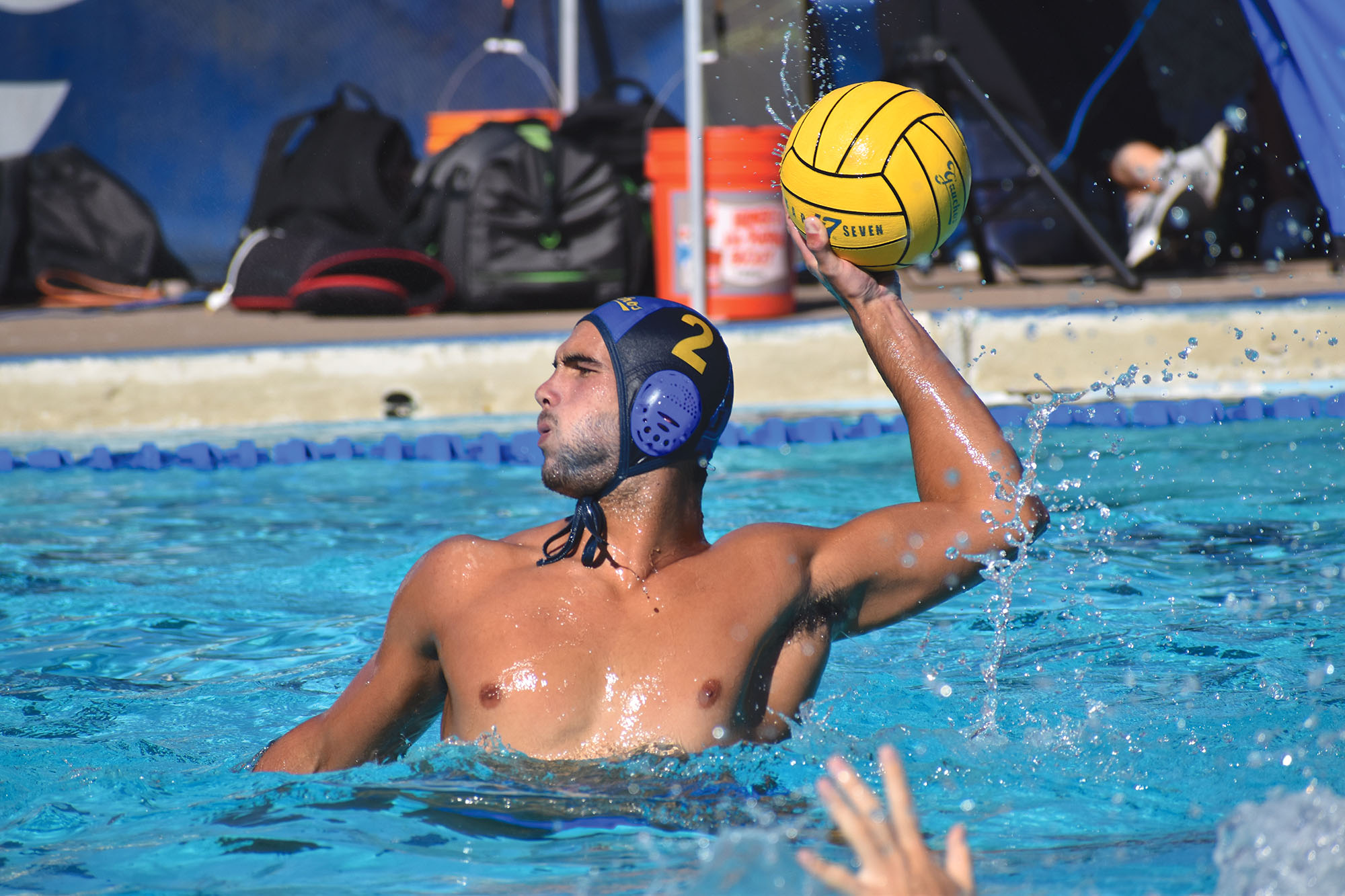 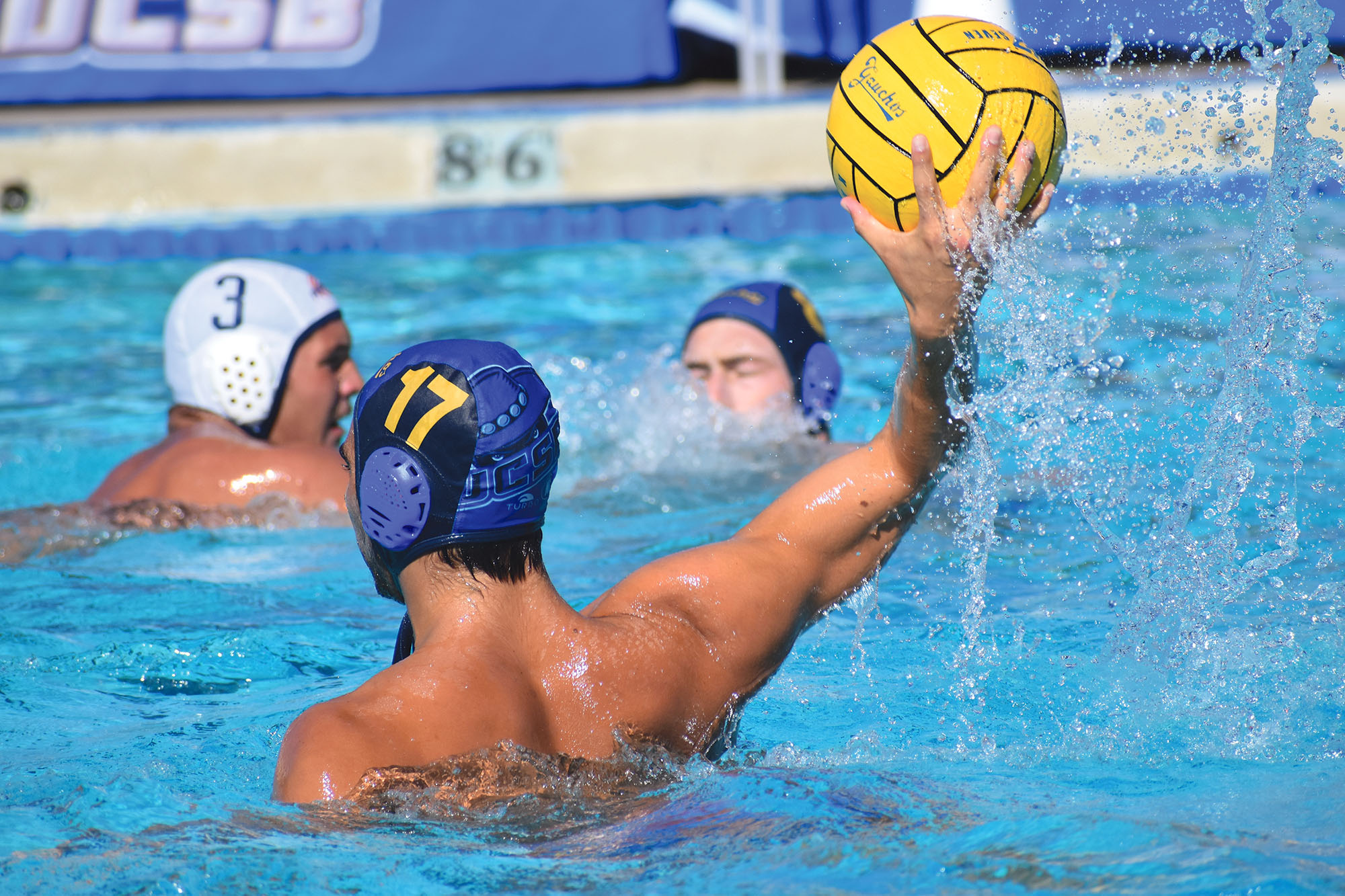 Senior driver Nathan Puentes, who had a 3-goal game to help lead the Gauchos to victory, is pictured in his element of attempting to score a goal in the second quarter. (Joela Rodriguez / Daily Nexus) 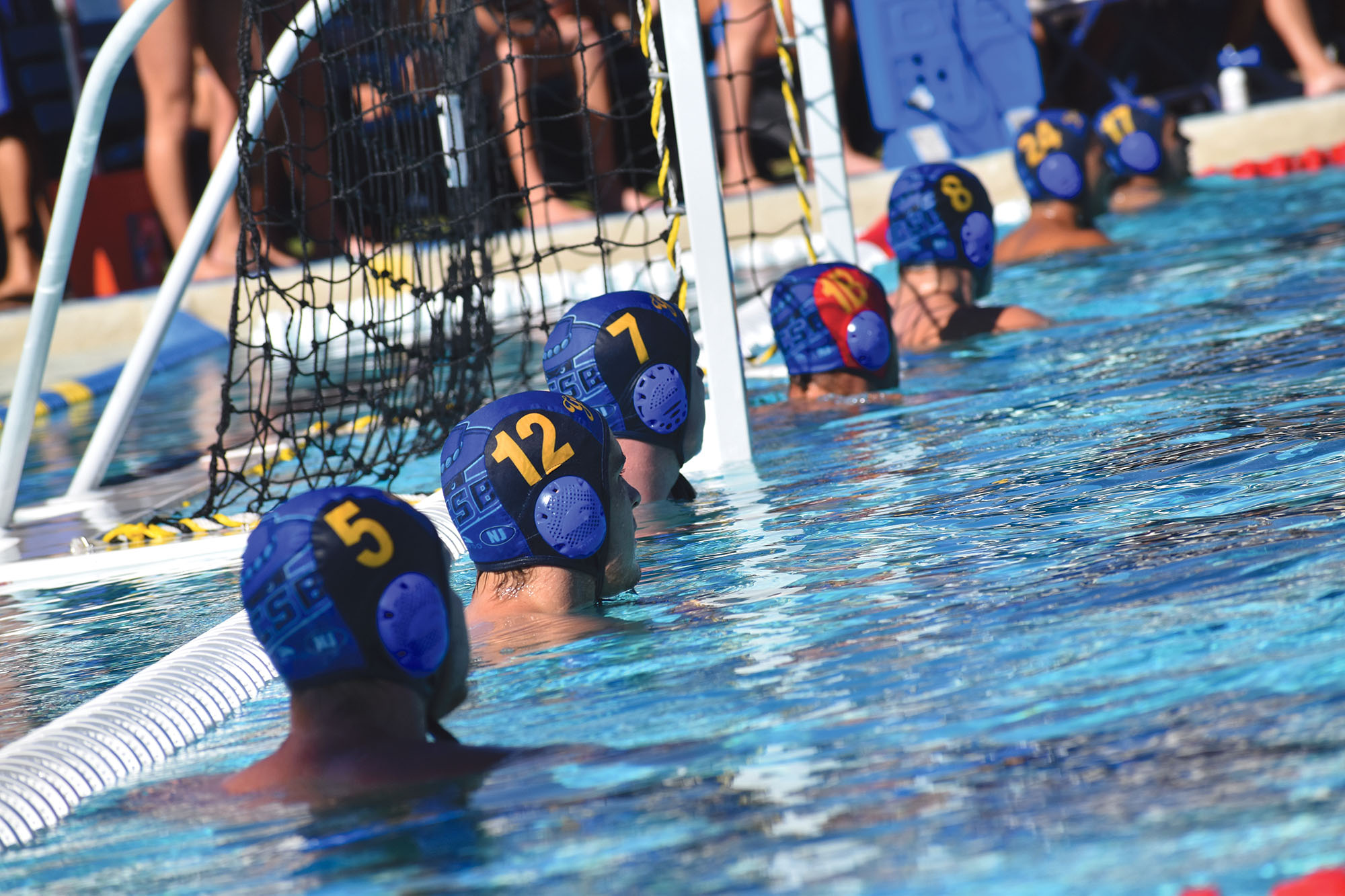 After Pepperdine narrowed the score to 1 point in the second quarter, the Gauchos were shown in game mode with the hopes of regaining the lead. (Joela Rodriguez / Daily Nexus) 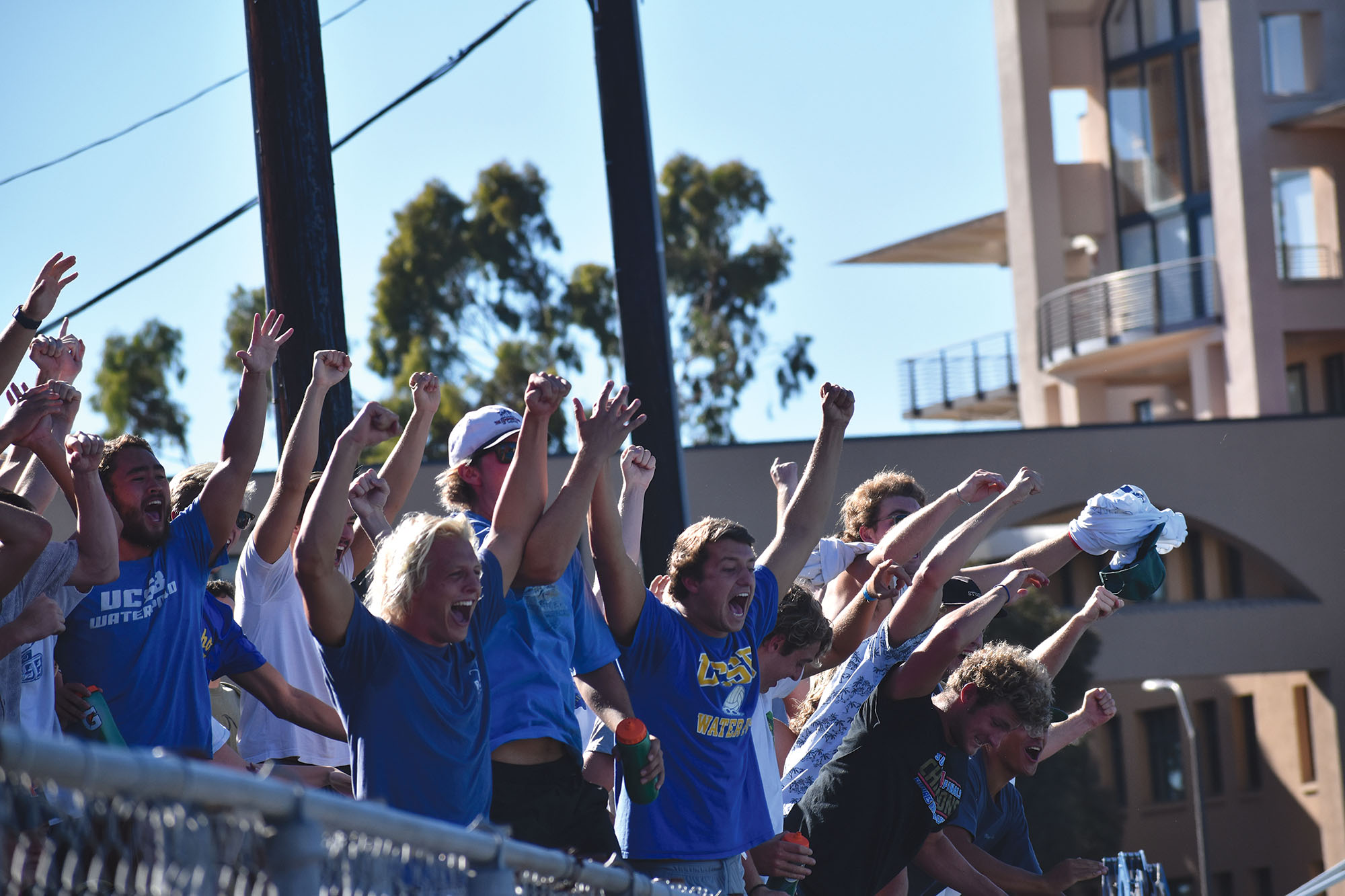 Students in the stands show their excitement after UCSB begins to take back its lead in a suspenseful third quarter. (Joela Rodriguez / Daily Nexus) 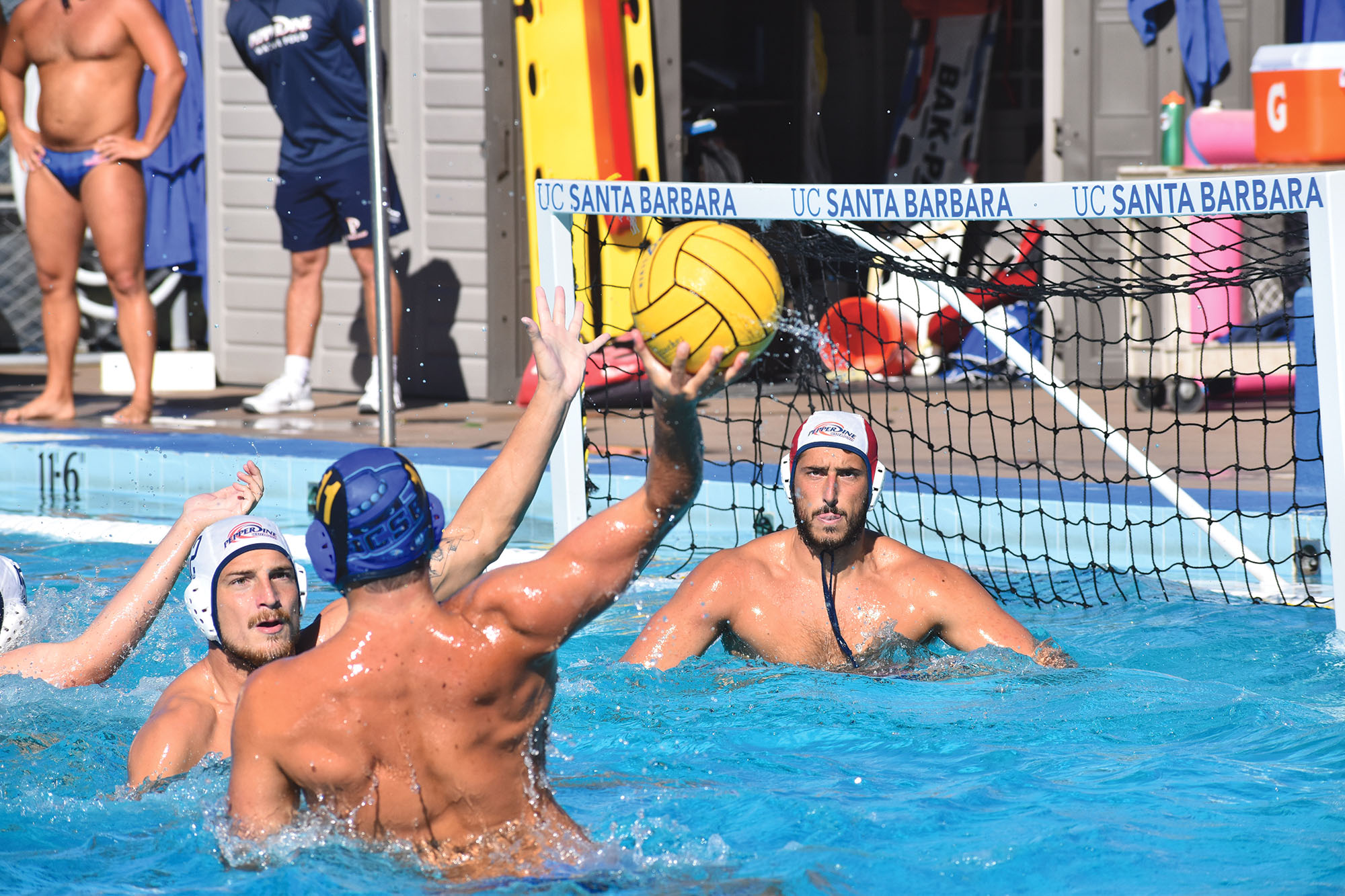 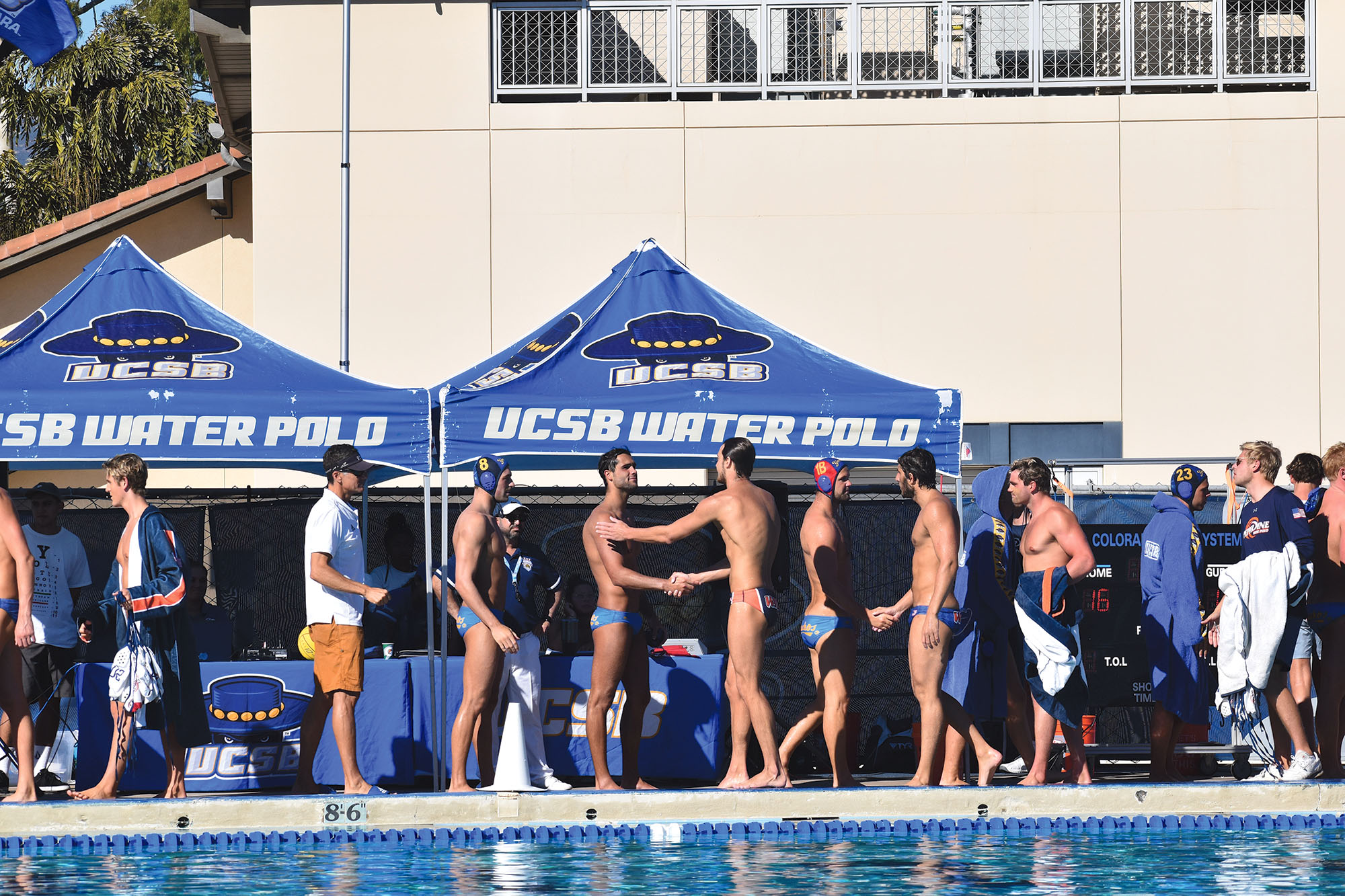