This past weekend, the Ultimate Fighting Championship returned to the sandy shores of Fight Island for the first time since January of this year to put on another amazing card of fights. 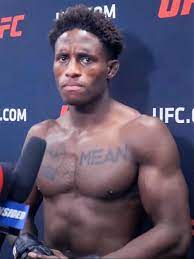 The co-main event of the evening saw former bantamweight champion Petr Yan take on surging contender Cory Sandhagen for an interim title. After dropping the first two rounds to Sandhagen, Yan rallied and turned up the pressure to shift the fight in his favor and ultimately claim the unanimous decision victory. In doing so, the RCC Academy standout solidified a title unification bout against current undisputed champion Aljamain Sterling for later next year.

Dagestani lightweight Islam Makhachev staked his claim at the 155-pound title with a lightning-quick submission victory over Dan Hooker just minutes into the first round.

Russian heavyweight Alexander Volkov found himself back in the win column after a convincing unanimous decision over fellow divisional top-10 fighter Marcin Tybura.

The Chechen hype train of welterweight super-prospect Khamzat Chimaev picked up even more steam this weekend as “Borz” put on a dominant display of grappling that ended in his opponent, Li Jingliang, being choked into unconsciousness toward the end of the first round.

Brazilian strawweight Amanda Ribas weathered some early adversity in her match against Virna Jandiroba to snatch a decision win.

In the evening’s lone bit of controversy, Elizeu Zaleski dos Santos brutally battered Frenchman Benoit Saint-Denis in a welterweight tilt that commentators demanded to be stopped following the second round. Referee Vyacheslav Kiselev’s indecisiveness allowed for a visibly shaken Saint-Denis to see the beginning of the third round, despite the uncomfortable amount of damage inflicted on him in the closing minutes of the second.

The card’s third light-heavyweight clash had Polish prospect Michal Oleksiejczuk knocking out minor favorite Shamil Gamzatov in the first round for a tidy upset.

Featherweight Lerone Murphy remained undefeated with a vicious knee knockout of Makwan Amirkhani just 15 seconds into the second round.

Middleweight and “The Ultimate Fighter” season-29 veteran Andre Petroski put on an imposing display of grappling control that ended with a third-round submission victory over his opponent Hu Yaozong.

Flyweight Tagir Ulanbekov outlasted and overpowered the dangerous submission game of his opponent Allan Nascimento to clinch a close split-decision win in the first bout of the night.

Overall, UFC 267 proved to be another exciting trip to the shores of Fight Island, UAE. Watch out for next week when the Ultimate Fighting Championship makes another historic trip to the Big Apple for UFC 268, live at Madison Square Garden.

Luke Zimmerman
Luke Zimmerman is a Sports staff writer and a Political Science major. When not writing, you can usually find him biking around campus or drinking too much coffee.