Cross country, one of the hardest yet most underrated D1 sports at UC Santa Barbara, had a great weekend at the Big West Championships, with the men’s team taking first overall. Five of the nine competing Gauchos placed in the top 15, helping the men’s team take their first conference win since 2015. 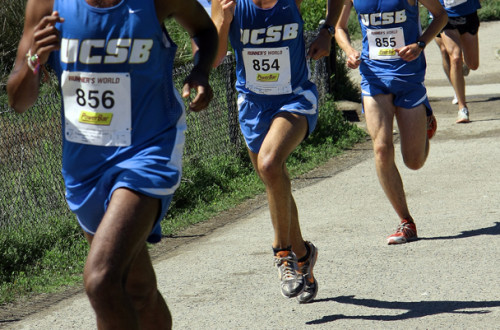 The Gauchos traveled to UC Davis on Friday, Oct. 29, to compete against 10 other colleges for the conference title. Held on the grassy hills of the Wildhorse Golf Club, the women faced a 6K course and the men an 8K course.

A great deal of credit goes to fifth-year Nick Randazzo, who finished second overall for the second straight year with a time of 23:43.5. For those unfamiliar with kilometers, Randazzo averaged an impressive 4:46 mile for nearly five miles.

“Everything came together for us when it mattered,” Randazzo said. “It’s fulfilling to see the results of our dedication, and we are all excited to finish the rest of the season strong.”

Fifth-year Brian Schulz crossed the line in fifth, followed closely by sophomore Zachary Parker in sixth. The true story comes from fifth-year Jarett Chinn and senior Brandon Cobian, who placed 12th and 13th, respectively; Chinn brought the team from third to first as he moved from 22nd into 12th all within the last 2k loop.

The men’s performance dethroned rival team Cal Poly, who holds 14 of the last 17 Big West Conference titles. The win was also significant for new cross country coach Shayla Houlihan, who coached the Gauchos into conference-winning shape within just eight weeks of joining UCSB. This is her first conference title.

Women’s cross country also competed last Friday, taking seventh overall. Leading the women’s team was sophomore Sarah Auther, who crossed the line in 30th with a time of 22:06.6. Out of the nine women to travel, six were underclassmen. The 2020 season was cancelled due to COVID-19 protocols, meaning this was many of the athletes’ first shot at racing collegiate cross country.

“We came into this race kind of as underdogs because we lost two of our girls in the top seven and have a super young team,” Auther said. “We were all just super thankful to be able to compete at all this year but are definitely looking forward to the future of the team as we gain more experience.”

In just two weeks, both the men’s and women’s teams will compete in the NCAA West Regional Championships in Sacramento, Calif.