The Daily Nexus
Music
Dream Through the End of the World With Lana Del Rey’s “Blue Banisters”
November 2, 2021 at 8:39 pm by Razeen Ahmed 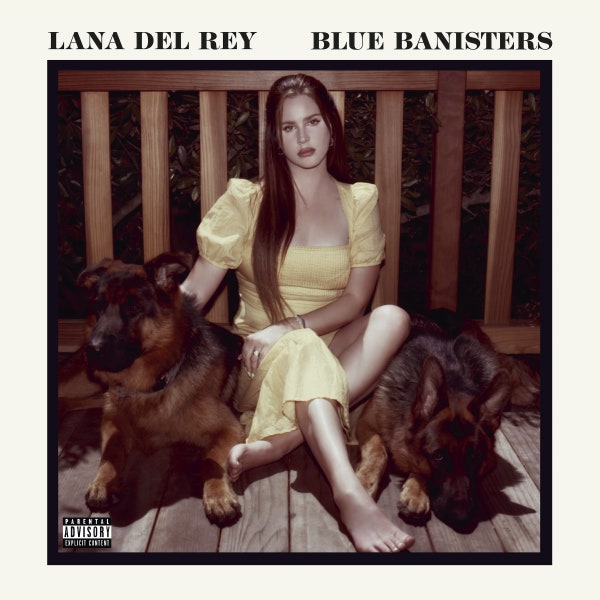 It was when I got to the 10th song, “Thunder,” on Lana Del Rey’s eighth studio album, “Blue Banisters,” that I realized how good of an album this is — for napping. And I mean that in the best of ways. The record is so calming and beautiful that if you were to fall asleep to it, you would dream beautiful dreams. And that’s what this project is — a collection of beautiful dreams: hopes for the future during a time when the present feels so bleak. We live in a time of an invisible disease debilitating everyday life, and Del Rey found a way to grapple with this, and other struggles, through art. She has a unique ability to “turn blue into something / Beautiful,” as the indie-pop star sings on the track titled “Beautiful.”

With lyrics poetically capturing the signs of her times; ambient, minimalistic instrumentals; and her most experimental and well-developed vocals to date, Del Rey breaks into autumn with a sonic time capsule replete with timeless motifs.

“Blue Banisters” can be seen as a sister album to her preceding release earlier this year, “Chemtrails Over the Country Club.” The older sister has quite a few songs that are downright boring and lacking in the glamorous soundscapes and catchily seductive choruses that she’s known for (some even have problematic lyrics where Del Rey exaggerates the adversity of her come-up, as if she had any money problems while living under her development mogul father). However, the younger sibling has genuine, vulnerable lyrics and fresh sounds that will keep long-time fans guessing what Del Rey will do next, while still being pleasantly surprised about what she’s working on right now.

Sonically, this album is replete with soothing vocals as each song blends into the next, and her experimentation with new sounds has audibly been influenced by other great artists. Whether it’s the Fiona Apple-esque, art-rock style present as she rides the downbeats of the piano in the introduction of the title song “Text Book,” the calming, ambient piano redolent of Brian Eno throughout “Beautiful” or her vocal progression in the pre-chorus of “Thunder” that resembles David Bowie’s pre-choruses in “Starman,” Del Rey showcases her ability to weave together various works of the past and synthesize them with her own creative spins.

At times, her vocals are so soft that her voice breaks, aurally matching her recurring motif of tragic beauty. In “Blue Banisters,” for example, she references her friend giving her a hard pill to swallow and meekly acknowledges, “And that scared me,” singing with a faltering, slow vibrato. In the coda, she warbles with ultrasoft vocals that match the ethereally toned piano.

In “Black Bathing Suit,” she simply crumbles when she relatably sings, “Grenadine quarantine, I like you a lot / It’s LA, ‘Hey’ on Zoom, Target parking lot,” right before singing the most iconic line in the album — a line that is so simple yet encapsulates all the loneliness we feel in this strange time: “And if this is the end, I want a boyfriend.” In this song, there’s an incredible beat switch between the pre-chorus and chorus, and Del Rey sounds psychedelic as she dreamily vocalizes with soft snare and kick drums in the background. Such an epic track culminates with her shakily belting out the rockabilly vocals: “Mail me when you get the blues.” 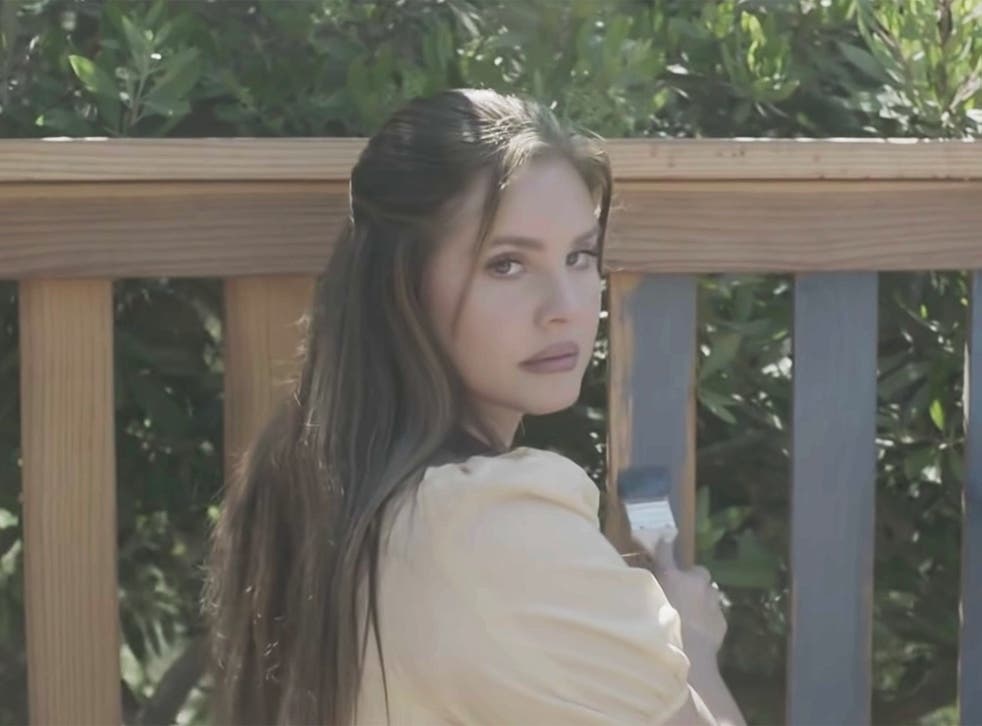 Courtesy of The Independent

Introducing the second half of the album, perhaps the most iconic song on the tracklist, is “Dealer.” It’s the only song on the project with a feature, in this case from Miles Kane of the Last Shadow Puppets. There is a distinct lo-fi feel throughout — the aural equivalent of the sultry, smoky and dimly lit jazz bars of yesteryear. You can just picture Kane holding one of those microphones from the ’60s. Then, Del Rey comes in downright screaming, redolent of Amy Winehouse, and then goes softly (and she can go so softly), seductively muttering, “Not one shirt off your back.”

Furthermore, the artist’s use of vibrato adds a glorious tinge to even the mundane, making a city so drab sound so glamorous on “Arcadia,” an ability that is ever useful in a time when mundane is often all we ever have. During the outro of “Living Legend,” she so heavily distorts her voice that she sounds like an electric guitar, with her vibratos closely emulating the instrument’s whammy bar and sounding very similar to Kanye West’s vocodered outro in “Runaway.” Such experimentation gives this new album a fresh feel while not only maintaining but building upon what fans stan Del Rey for the most: her vocals.

Lyrically, the singer waltzes between the heartrending and the hopeful and does so with a form that creates the most satisfying prosodies. She has the courage to sing lyrics like, “I’m not friends with my mother” (“Black Bathing Suit”); show her desperate fragility whilst in search of a male savior: “Said he’d fix my weathervane / Give me children, take away my pain” (“Blue Banisters”); and openly admit, “Once I found my way, but now I am lost” (“Nectar of the Gods”). Throughout the album, she drops alliteration bombs with lines like, “And my lips like the fire licks the bay” (“Arcadia”) and “Like, six times ‘til I’m sick and I cry” (“If You Lie Down With Me”), making her wistful, often melancholic lyrics more palatable through their catchiness.

As the album closes, she begins to strut toward optimism. In “Black Bathing Suit,” she says to the haters, “thanks for the shoes,” and in “Thunder,” she presents an uplifting call to action through the repetition of “Just do it / Just do it, don’t wait.” In the last song, she pokes fun at the crypto-bros that pervade the newest wave of toxic masculinity: “‘Crypto forever,’ screams your stupid boyfriend / Fuck you, Kevin.” These whimsical lyrics solidify the theatrical quality that subtly underlies the whole album, making it feel like the last song of a one-woman musical.

Unfortunately, “Blue Banisters” does have two pitfalls. Firstly, “Interlude – The Trio” is incredibly cacophonous, as loud as it is brash, and it is extremely brash. The sounds within it are so out of place that it’s like someone hacked her and uploaded their trap mixtape in place of what was supposed to be there. This particular track creates such a distressing break that it disrupts the cohesive tranquility of the album.

Secondly, upon first listen, it may feel like all the songs blend into each other too much, so much so that a lot of them sound similar. This may turn off casual listeners and prevent them from giving it another whirl. There’s nothing super catchy, like “Summertime Sadness,” her biggest song to date, or any maximally cinematic instrumentals like those found on “Ultraviolence,” Del Rey’s third studio album. However, repeat listeners will be rewarded by the tiny details that were just outlined: poignant lyrics, ambient instrumentation and her most complex and well-developed vocal performance to date.

“Blue Banisters” is as personal as it is universal. Everyone should hear this album. If not for the lyrics, for her soaring, meticulously controlled vocals; for its aural melancholy and its lyrical hope, or lyrical distress (but not for her terribly out-of-place interlude and some slow bits). Regardless, “If this is the end…,” you should spend this time listening to Lana Del Rey sing about it.