The Rancho House on 6641 Abrego Road burned down early Tuesday morning on Oct. 26. The Santa Barbara County Fire Department responded to the structure fire after a 911 call from a neighbor, but the abandoned house burned to its scaffolding later that morning. 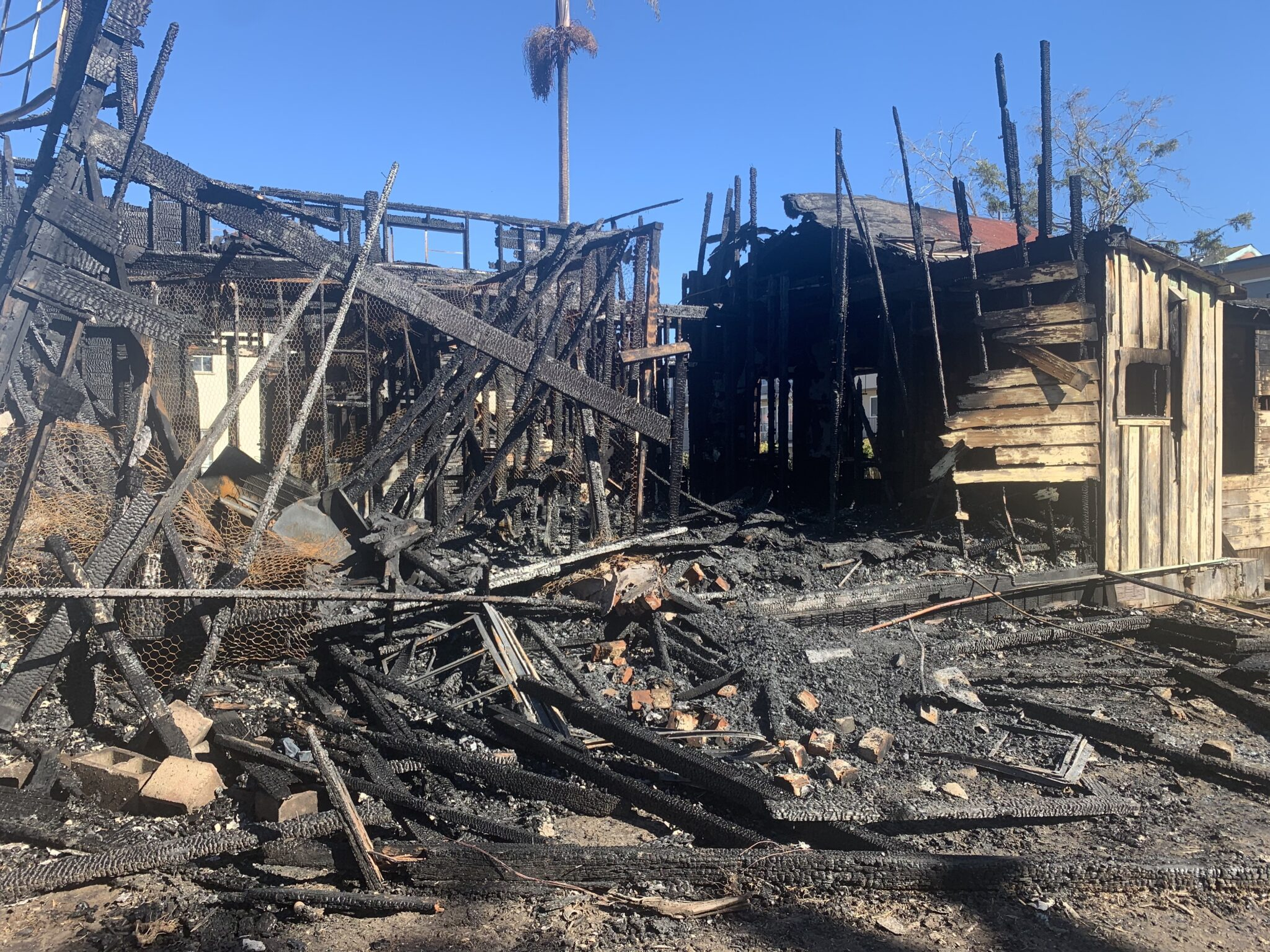 Though the house is abandoned, many Isla Vista residents would frequent the house with friends, according to KEYT.

Fifth-year sociology major Ashley Forrest was woken up by her roommate, fifth-year Earth Science major Lizeth Galindo Roman, who gasped after hearing crackling noises in the middle of the night. The pair looked outside their window to see the house next to them — the Rancho House — on fire.

“Me and my roommate watched out the window to see if it was actually going to spread or if it’s just like a small [fire]. But within like three minutes it spread to the entire house, it was all going up in flames,” Forrest said.

While waiting for the fire department to arrive, Forrest went to her backyard to hose down the fence in case the fire spread past Rancho House. Soon after, Forrest’s neighbors banged on their door to warn them to leave the house.

“All of us kind of rushed and put on our shoes, grabbed our phones, grabbed a jacket — if we could remember it — and we just ran downstairs and then the fire people showed up. We just sat around for about an hour,” Forrest said.

Upon arriving at the scene, the firefighters originally couldn’t get too close to the house because of the heat and severity of the fire and operated with a “defensive strategy,” according to the county fire department’s recorded newsline.

Forrest said that the fire department was able to get control of the fire around 4:10 a.m., and then spent an additional hour-and-a-half securing the area. The heat from the fire cracked the windows in Forrest and Roman’s house.

Forrest said that they were worried the fire might reach their house, but the wind ultimately shifted in the opposite direction, saving their house from the flames.

“We were really afraid that this fire was building up really quickly and literally if the wind shifted [in the opposite direction], I feel like it would have reached our house. There’s also a palm tree in between the house that burned down and our house. So if that palm tree caught fire and fell into our house, then ours definitely would have caught on fire. We [were] definitely scared,” Forrest said.

The cause of the fire is yet to be determined.

The Rancho House is one of the oldest buildings in Isla Vista, likely built around 1956, according to Isla Vista’s wikimedia manager and UCSB alumna Britta Gustafson. According to the page, the house was a hidden secret amongst Isla Vistans where people would gather for concerts and other events.

Gustafson said she was upset that the building hadn’t been torn down yet.

“I’m kind of mad about this, because it sounds like this was a building that should have been torn down a long time ago, even though I love it,” Gustafson said. “It was not in good shape. And if you leave an abandoned building or like a vacant, neglected building, this kind of thing happens.”

The Nexus will continue updating this story as more information becomes available.