All University of California employees’ pay and benefits from 2020 were published on Sept. 28 by the California State Controller, revealing that UC Santa Barbara professors made a median yearly salary of $157,312 — on average, $129,713 more than lecturers. Departments in UCSB’s College of Engineering also paid their professors and lecturers the most out of all UCSB departments.

Unlike the State Controller’s website, the UC has published employee pay from 2020 which also includes the names of non-student employees. 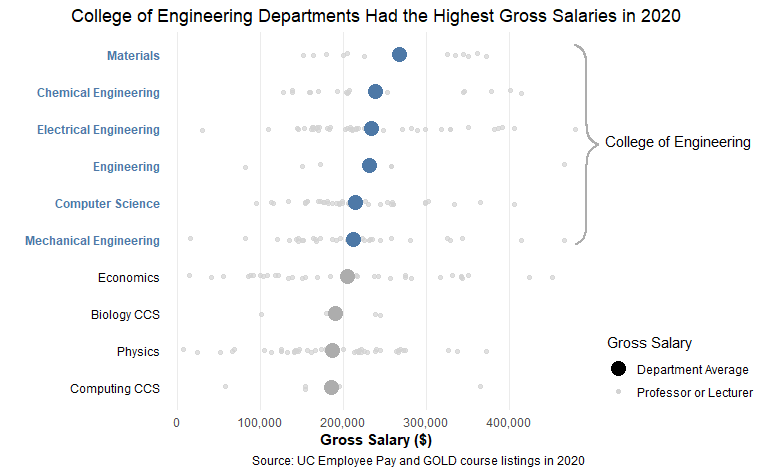 The only CoE department that wasn’t in the top 10 departments by gross pay was the Technology Management Program which — due to these courses being taught almost entirely by lecturers instead of professors — was the department with the fourth-lowest average gross pay at $65,138 in 2020.

The subject areas with the lowest average gross pay were the College of Creative Studies music courses at $60,835, Korean courses at $37,840 and Latin American and Iberian Studies courses at $19,811.

UCSB Chancellor Henry T. Yang was the fourth-lowest paid chancellor of the 10 UCs, earning $428,873, with UC Merced Chancellor Juan Sánchez Muñoz paid the lowest amount of all chancellors at $285,327. 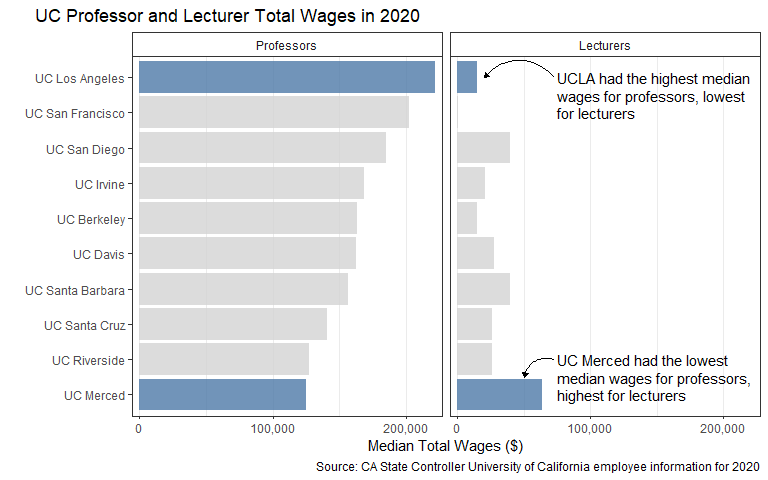