Near the corner of Embarcadero del Mar and Pardall Road lies an Isla Vista staple and the home of the “Mac Daddy:” Dank Bowl Kitchen. Formerly known as “Buddha Bowls,” the restaurant has changed its name after eight years of business. 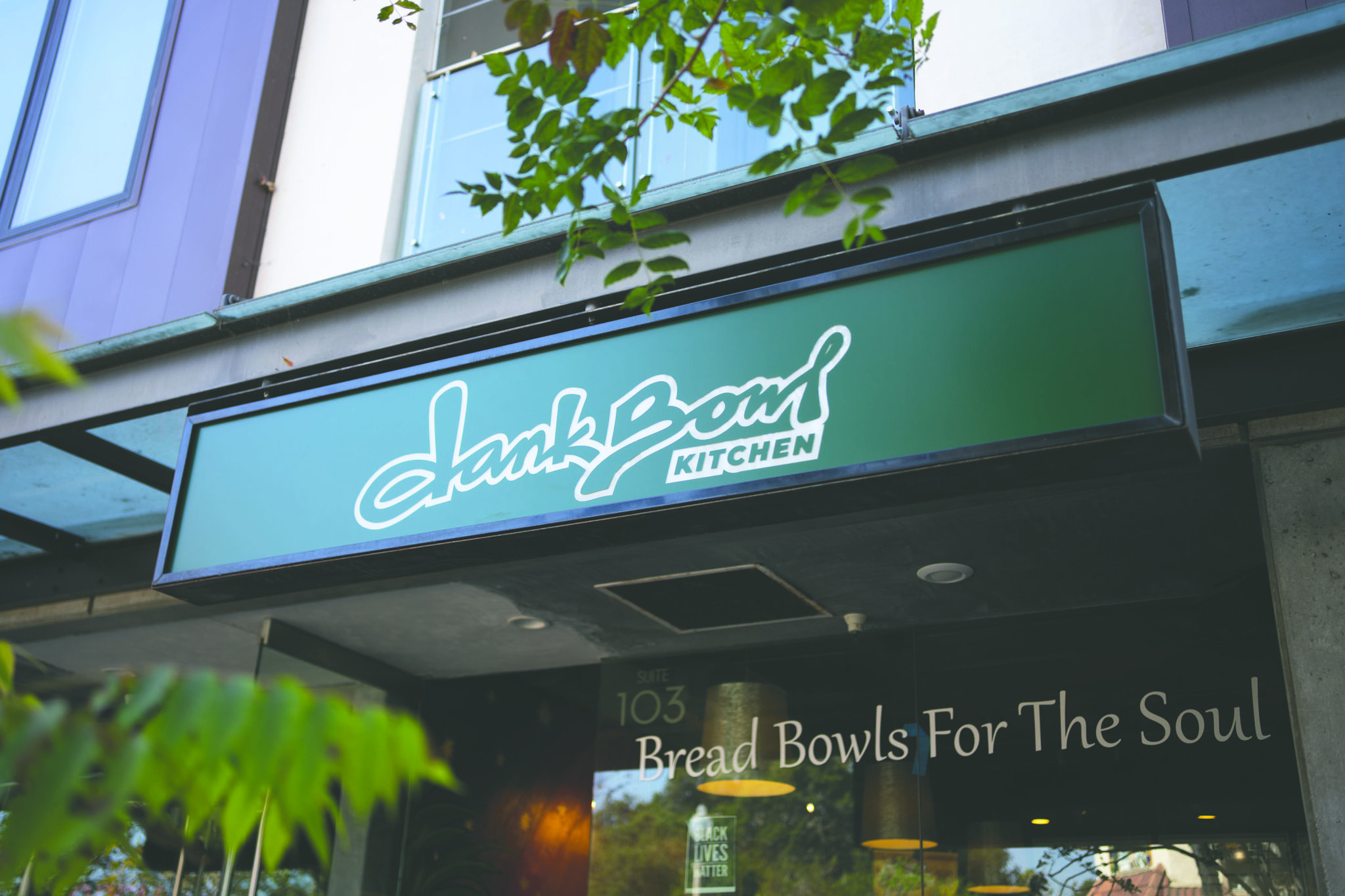 The restaurant is known for serving bread bowls filled with a variety of options for customers to choose from, ranging from macaroni and cheese to restaurant-made curry.

Daniel Dunietz, the owner of the restaurant and UC Santa Barbara alumnus, found it untenable to keep facing customer confusion and toeing the line of cultural appropriation.

Dunietz said he never intended the business to be a vegan or vegetarian restaurant or for it to be inspired by Eastern traditions.

“The intention [of Dank Bowl Kitchen] from the get-go was always cannabis,” he said.

“In Chicago, we used to use ‘I’m gonna go pack a buddha bowl’ as interchangeable with smoking weed,” Dunietz continued.

“The first two years was honestly quite challenging because people would come in and be like, ‘What are you guys selling? Do you have vegan food?’” Dunietz said. “I’m also not Buddhist. I don’t have any claim to the religion.”

Dunietz had been working on the change for over a year and saw the pandemic as an ideal opportunity to implement the transformation.

“The reality is, we got a lot of people commenting on Buddha Bowls before, even after being in business for eight years. That’s one of the reasons I knew I need to make this change, and it’s gotta happen sooner rather than later,” Dunietz said.

One of the first steps occurred in December 2020, when the restaurant’s focus began to transition away from customization. According to Dunietz, only a small percentage of sales consisted of custom bowls, and he decided to revise the menu.

“I did a really strong menu analysis, and 70% of the sales are just mac ‘n’ cheese, clam chowder, tomato basil — we didn’t get rid of that, we just screwed around with some of the other stuff and added some more appealing bowls,” Dunietz said.

Many of the ingredients now are made from scratch rather than store-bought, Dunietz said.

“We’re no longer just heating up sausage in a pan. We’re actually making pulled pork, slow cooking it for hours. It’s really quality, quality food that we put in a ton of work.”

Dunietz has noticed a “mostly positive” response from customers about the rebranding.

“I think most people just want their food; it’s not a huge issue,” Dunietz said. “I think if you give us a chance — it’s just as good, if not better.”

Fourth-year communication major and a regular of the local business Lindsey Terra also questioned if the name would be a permanent change.

“At least the people that have been in I.V. since the last two or three years aren’t going to call it Dank Bowl Kitchen,” Terra said. “Dank is a word that is not going to be around for very long. It’s very much in our generation, and I don’t know how hard it’ll stick.”

Terra said, to her, it’ll always be known as “Buddha Bowls.”

While the restaurant continues to have its usual level of business, Dunietz hopes customers will learn to accept the change.