Last February, former adjunct faculty member and local emergency physician Jason Prystowsky was getting ready to prepare for his Underserved Medicine seminar — a seminar he had taught since 2011 — when he was terminated from his position by Interim Dean Mary Hancock. 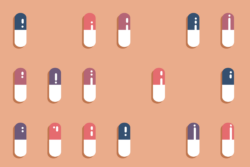 Hancock cited financial constraints as the reason why UC Santa Barbara terminated his position — a decision which took effect as of June 30.

Following his termination, Hancock requested Prystowsky to continue teaching the seminar pro-bono. In an email acquired by the Nexus, Hancock wrote the following to Prystowsky on Feb. 19:

“I write now about your appointment as an Academic Coordinator in the Division of Humanities and Fine Arts. Its current six-month term will conclude on June 30, 2021 and, after careful review, we have decided not to renew your appointment. This was a difficult decision, based on divisional budget priorities,” the email read.

“We realize that this is a disappointing turn of events, especially in light of the energy and vision you have brought to building the joint certificate program in Medical Humanities … Please also be aware that terminating the Academic Coordinator appointment has no impact on your continued teaching in PaCE, though you will need to consult with the Dean of Extension Bob York about that possibility.”

Following this email, Prystowsky requested an exit interview with Hancock — but Hancock refused and sent Associate Dean Kathleen Moore in her stead, according to Prystowsky. Prystowsky said that their response to why Hancock would not meet with him was that being an associate interim dean during a pandemic was “stressful.”

Prystowsky — a local emergency physician on the front lines of the pandemic — disagreed with Moore and Hancock’s reasoning, stating, “As an emergency physician who has put probably over 100 patients on a ventilator now, I do not have the capacity to empathize with you about [Hancock’s stress as a dean] right now.”

Prystowsky added that his termination resulted in the loss of health insurance — while he was still working to save patients during the pandemic.

“I have a family, I’ve been risking my life for the last year and a half. My health insurance went away when UCSB terminated my position,” Prystowsky said.

Even after being asked to teach the class pro-bono after his termination, Prystowsky said he reached out to the university several times to request that the administration meet him halfway and provide more institutional support for the seminar. Prystowsky defined institutional support as having an office to meet with students, a UCSB email, TA support and a parking pass.

In addition, Prystowsky pointed out that not only does he put in at least 20 hours a week for the seminar, but he starts preparing for the annual winter quarter seminar during the previous July.

“The answer [was] if you want to volunteer your time, we will allow you to, and they’re not going to give me any institutional support,” Prystowsky said. “I need to be supported for what I’m doing — financially and institutionally. I can’t continue to put in 20 hours [of work per] week for a quarter and not get paid for it.”

In addition, Prystowsky said that the administration was being hypocritical by propagating a message of equity, but not offering the financial and institutional support to promote classes like Underserved Medicine that promote equity.

“There are a lot of extraordinary faculty members at UCSB who have been involved in equity and really exciting, innovative, applicable programs who are disposed [of]. And I was told the reason my position was terminated was financial,” Prystowsky said.

“I’m being told that teaching programs with equity is a priority at UCSB, [which] is coming from Chancellor Yang’s office. But at the same time, there’s no interest.”

The class itself was equity-based, striving to educate students on the “unique medical needs of vulnerable, underserved populations internationally and locally,” according to the course description. The seminar had guest speakers come in to discuss “refugee health, homelessness, humanitarian aid in conflict zones, care of military veterans, global health development, care of migrant farm workers, and more.”

“I’m tired. COVID has taken a lot out of me. And the fact that we have obstructionist executive leadership is exhausting to battle with them and to do the right thing for students because now students are asking, ‘Why can’t I take this class?’ and I really think the students need to start asking their leadership,” Prystowsky said.

Over 50 students emailed the Nexus to provide a glowing review of both Prystowsky and the Underserved Medicine seminar. In addition to students, many of the seminar’s guest speakers also provided comment.

UCSB alumnus Christian Campat said that the seminar heavily influenced his decision to become a physician.

“I can say, without question, that the Underserved Medicine seminar and the men and women producing it changed who I was as a student and who I will be as a future physician. The impact goes beyond simple medical literacy,” Campat wrote in his statement.

“I know several colleagues who have gone on to complete MA Public Health because of the impact [of] this course. I myself am a year away from completing a dual degree program DO/MA Bioethics … Having taken this course, you will leave a more considerate and compassionate person better suited for any field, especially medicine.”

UCSB alumna Raquel Romero said that Prystowsky’s course changed her mind about dropping out of college and helped her immensely as she applied to physician assistant schools.

“Each of the schools that I interviewed at told me that they had selected me because they could see I had a true passion for and understanding of working with underserved populations, which I directly credit to this lecture and the opportunities it connected me with,” Romero wrote in her statement.

“This course is a very large reason why I can now proudly say I am a Certified Physician Assistant, working in my Santa Barbara community. This was hands down the most influential and impactful course that I took in my time [at] UCSB.”

All other provided statements similarly praised the class.

Hancock did not respond to a request for comment. The university, however, had the following to say about Prystowsky’s termination.

In a statement to the Nexus, UCSB spokesperson Andrea Estrada said that the university is “limited in what we can share about personnel matters.”

Estrada’s statement continued to say the following: “Before and during his part-time employment, Dr. Prystowsky also taught a 2-credit interdisciplinary course, Medicine for Underserved Communities, through the Division of Undergraduate Education. The course, which was proposed and designed by Dr. Prystowsky, was offered on a voluntary basis during the Winter quarters, starting in 2012, and ceased being offered upon the conclusion of Dr. Prystowsky’s administrative position.”

“We are eager to maintain a humanities-infused curriculum for pre-health students, so the campus is developing a Medical and Health Humanities minor. This effort is being led by UC Santa Barbara faculty as part of our broader investment in the medical and health humanities and we hope to debut the program in 2022.”

Despite the university’s emphasis on the new minor, the idea for a minor focused on health care inequities was originally brought up by Prystowsky while he still worked for the school.

Prystowsky said he is currently speaking with other universities and nonprofits to teach Underserved Medicine elsewhere. He also said that any UCSB student interested in taking the class can reach out to him, regardless of where it’s being taught.

Information in this article seems incomplete. One gets the impression from the first sentence that this person is a doctor. We learn later that he is a physician’s assistant. Does he work for the health center? One does not get health benefits teaching a two unit class.

It clearly states that he is an emergency physician, not a physician’s assistant. And actually I think that an inspirational module can and does result in better physicians, whether two units or ten. The testimony seems to indicate this.

A dean, interim or otherwise, firing someone by email and then refusing to give them an exit interview? Appalling leadership.

Thank you for this well-written story, Atmika. I would love to read a follow-up story!