On Oct. 9, Cajé in Isla Vista partnered with the instant messaging platform Discord to give out free lattes and bagels to students who had joined the UC Santa Barbara Student Hub on the online platform 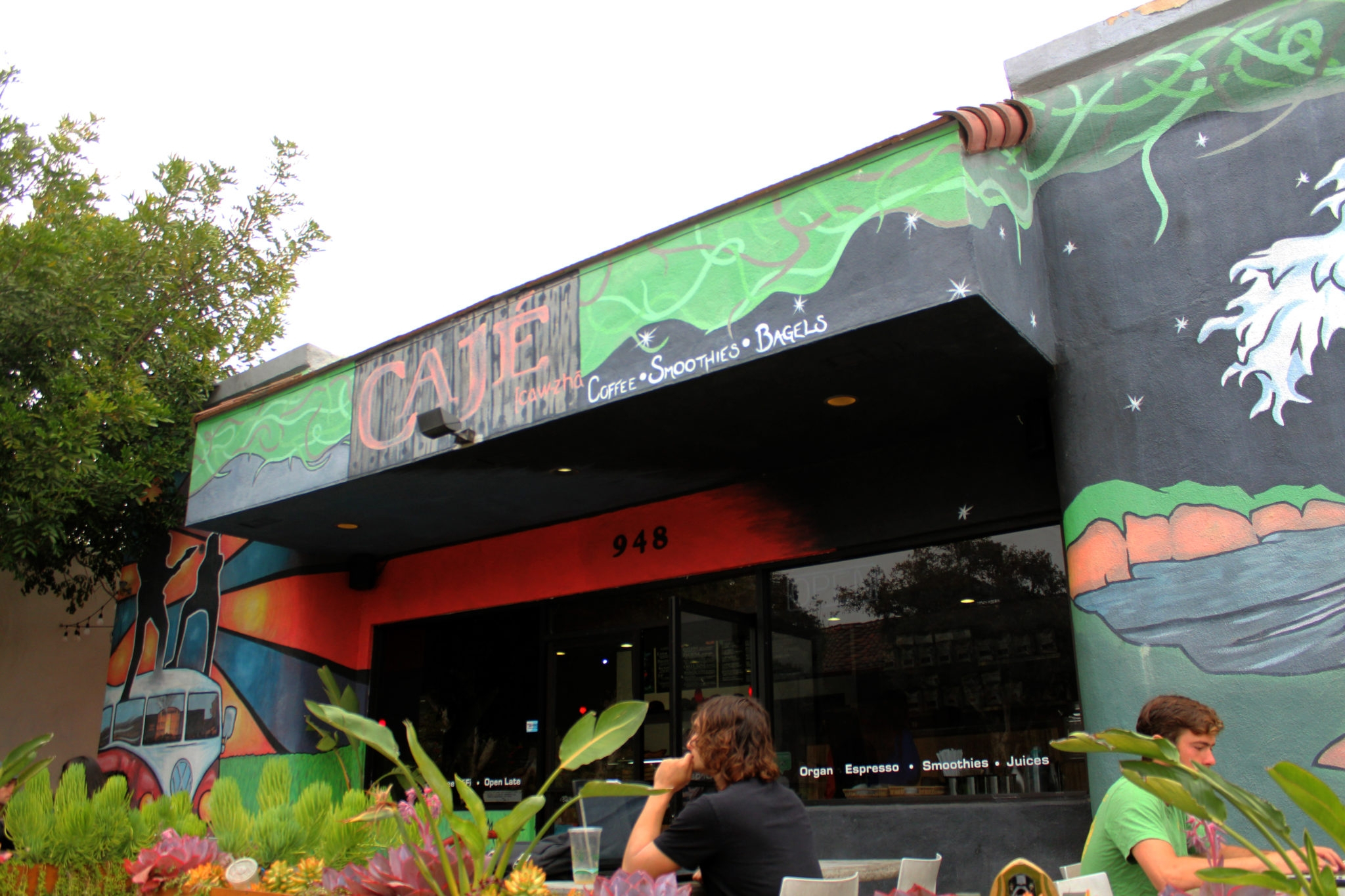 There will be other events similar to the one at Cajé happening for other campuses across the country, Coone said. Michelle Sharpe / Daily Nexus

The event was open from 8 a.m. to 5 p.m., and all students who presented their membership to the Student Hub were eligible for a free latte and bagel. A quick response code was also available to invite those who were not yet registered to the Student Hub.

Matthew Dupree, a UCSB doctoral student, said he planned to attend the event a little early, hoping to get there before the crowd formed. However, when he arrived at Cajé, people were already lined up and being served.

“I arrived and there was already a line out to the sidewalk,” Dupree said. “But I was glad that they were serving the early people early so that I was able to get in before the line was going all the way around the corner.”

Dupree had expected there to be a lot of people regardless, having seen the event advertised on multiple platforms like Facebook and Reddit. He found the event posted in a channel within the UCSB Discord server.

Discord is a free voice, talk and text platform where many communities can gather and talk to each other. Student Hubs are a newly added feature on the app, serving as a place for students to meet and connect with classmates from their school. The Student Hub is a collection of student-run servers, allowing a user to find campus community servers on one platform.

UCSB’s Student Hub currently has over 100 registered servers, including clubs, classes and study groups. Students are also able to add their own servers to the list.

Sharon Coone, Product Manager at Discord and UCSB alumna, said the Student Hub is an “exclusive place” for meeting and spending time with classmates.

According to Coone, Student Hubs are available at every UC campus and have been gradually rolling out to other colleges throughout the United States and Canada — as well as other parts of the world — since September 2020.

There will be other events similar to the one at Cajé happening for other campuses across the country, Coone said in a statement to the Nexus.

“Our ambassador team is dedicated to helping all kinds of organizations set up safe and engaging servers, and we’re hosting a small number of events for college students to help them find their home in Student Hubs,” Coone said.

“Students fill the Hub with all kinds of communities, from organizations like cooking clubs, to LGBTQ+ alliances, to servers for classes and getting advice in your major,” Coone said. “But what’s really special about Discord Hubs has been all of the laid back places where people can just be near other students and feel like a part of the community.”