The Daily Nexus
Opinion
The Troubling Commodification and Appropriation of Spirituality
October 14, 2021 at 9:00 am by Maggie Modovsky

Views expressed in opinion articles do no necessarily reflect those of the Daily Nexus or UCSB. 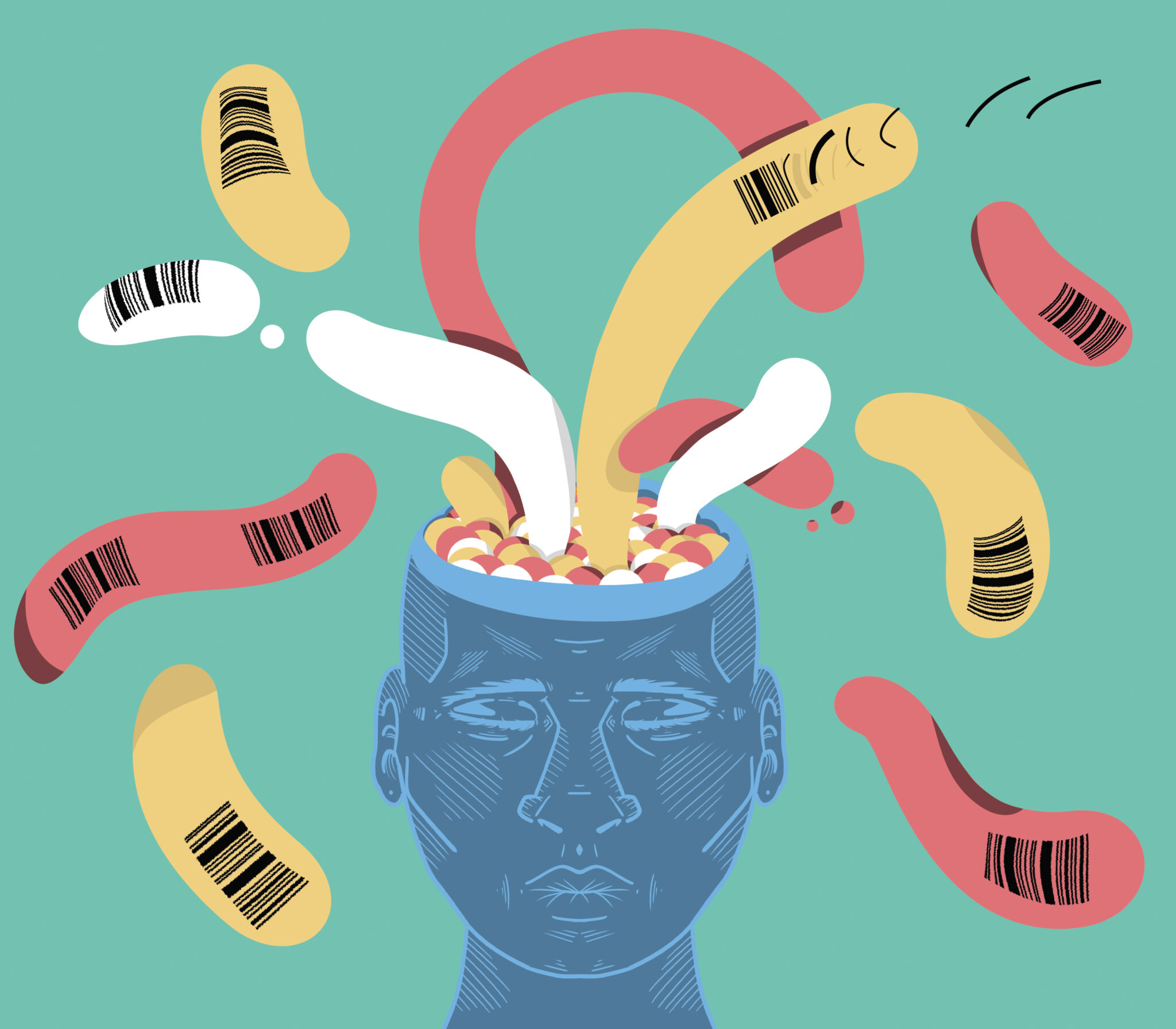 Have you gained a new interest or hobby through seeing others doing it online? For many of us Gen Zers, the combination of TikTok and the crushing isolation from the COVID-19 pandemic has influenced a lot of new trends that are beginning to define us. Many trends have come and gone during the last year, but the most baffling by far has been the appropriation, commodification and disrespect of spirituality. There are no inherent problems with exploring one’s spirituality and learning from others on social media platforms, but with this mass curiosity comes the inevitability of multiple issues: cultural appropriation, exploitation, commodification and ignorance.

Spirituality has a pretty loose definition to begin with; there are no single belief systems encompassed by this term, and according to the Oxford English Dictionary, it generally means, “the quality of being concerned with the human spirit or soul as opposed to material or physical things.” Prior to the popularity of TikTok, spirituality largely marked the personal journey one took to understand themselves and the world around them. However, when you look up the spirituality tag on TikTok, you find a random melting pot of stolen rituals, closed practices and misinformation.

There are no inherent problems with exploring one’s spirituality and learning from others on social media platforms, but with this mass curiosity comes the inevitability of multiple issues: cultural appropriation, exploitation, commodification and ignorance.

A prime instance of spirituality becoming a trend is the evil eye symbol. Even the name shows a basic misunderstanding of the concept; there are many different uses and words for this symbol, but it is most commonly known by its Arabic name, nazar. The nazar is a blue and white symbol that is typically worn or placed around the house to protect from the “evil eye,” or a curse given by a glare from someone with bad intentions. The amulet itself is not the evil eye, but the symbol is being spread as though it were, thus furthering the spread of misinformation. The use of the nazar dates back to 6th century BCE Greece and has been used in a multitude of Middle Eastern, Hispanic and Asian cultures. The mal de ojo is another name for the symbol in both Spain and Latin America, and it is generally believed that babies are more susceptible to the evil eye. Specific to the Yucatán Peninsula, babies are typically given a red string bracelet that can also have a seed sewn in for protection. Like with the nazar and the red bracelets of Mexico, Judaism and Islam utilize the hamsa hand as a talisman to protect against the evil eye.

Despite centuries of tradition, there has been a sudden increase in the popularity of the evil eye in the past year; most of its recognition can be attributed to the growing “trend” of spirituality on TikTok.

Large corporations have noticed this rise in “TikTok spirituality” and have profited off of misinformed teens who are trying to keep up with the trends. When these teens catch wind of a new trend, they will hop on it as quickly as possible. Unfortunately, this means that, oftentimes, the products are not ethically made or sourced. A quick Google search for “evil eye jewelry” reveals a plethora of questionable pieces being sold from shops such as Nordstrom, Forever 21, Walmart and Free People. Items donning the nazar have even appeared on notorious fast fashion websites like SHEIN and AliExpress for an average price of less than $5. This mass manufacturing has resulted in the nazar being slapped onto everything from pillows to welcome mats in a manner that makes the symbol out to be nothing more than a decorative element. In many of the cultures that utilize different forms of the nazar, the symbol is intended to be gifted to the recipient, and the idea of mass manufacturing in and of itself contradicts the intention behind it.

One Twitter user, @impennybtw, shared her thoughts on a nazar carpet that is being promoted on TikTok. She wrote, “tiktok making the evil eye a[n] aesthetic is so annoying, like if they knew its used for protection of ones energy they would understand making it into a rug & stepping on it is so disrespectful.”

When pieces of different belief systems are taken and glamorized for the sake of making a video, the actual practices are oftentimes done incorrectly or changed to fit a more idealized and trendy narrative of spirituality.

Furthermore, this new “TikTok spirituality” has been popularized mainly by white people. While people of color have been practicing these religions or spiritual paths for centuries — and faced criticism and oppression for their beliefs — white people cherry-pick what fits their “aesthetic” from these cultures without having to face the burden of belonging to an oppressed group. When pieces of different belief systems are taken and glamorized for the sake of making a video, the actual practices are oftentimes done incorrectly or changed to fit a more idealized and trendy narrative of spirituality.

For instance, Vodou, or voodoo, is a general term for Afrocentric syncretic spirituality stemming from traditional African religions and Catholicism, and there are people on platforms such as TikTok promoting the practice without understanding it. A common concern with this, beyond it being a closed practice, is that people are carrying out advanced rituals that are seen as dangerous if done incorrectly. In Haitian Vodou, which is the most widely known of these diasporic religions, there are certain deities that are often called upon for help or “invoked” through a very meticulous ceremony. These ceremonies often involve some form of spiritual possession in which a deity can communicate through a member of the congregation. However, with their rising popularity in online culture, there have been instances of TikTokers, especially white TikTokers, performing these same rituals with the intention of calling upon their ancestors. Vodouists have expressed their concern over such unfamiliar practitioners tapping into spirits which may or may not be helpful to them.

Beyond the dangerous spiritual aspect, Haitian Vodou has a very solid process through which all new members are initiated and learn about the different rituals; when people try these rituals for a day or just adopt it as part of their own personality, they are stealing from a closed practice and disrespecting generations of practitioners. It is incredibly troubling that the same people, as well as the media, have taken part in the demonization of Vodou and other African spiritualities and are now using them for their own gain.

I don’t believe that the meanings of these spiritual practices and symbols are being taken away, but there is an entirely new wave of misinformation on spirituality being spread. Devoted practitioners of Haitian Vodou will not, and should not, stop practicing their beliefs, as they themselves know their practice has a greater meaning than what is being presented by the misinformed mass media. Just as the nazar is becoming popularized as a decoration, spirituality is continuously being harmed by misinformed people presenting aspects of different traditions or religions as idealized versions of what they are without any context or history of their origins.

Spirituality is a wonderful way to discover more about yourself and how exactly the world fits together with you in it — I would be lying if I said that spirituality hasn’t changed my life. I do not want to discourage anyone from exploring their own spirituality or finding new belief systems, but I do implore you to be respectful and considerate. Seek out materials that come from established practitioners of the system you are interested in and try as much as possible to avoid TikTok for anything more than a starting point for further research.

Maggie Modovsky fervently believes that spirituality and all of the culture around it should be respected as more than just a trend.

A version of this article appeared on p. 14 of the October 14th, 2021 print edition of the Daily Nexus.

Modalsky has waded through some serious issues in her determination to be respectful and honest when it comes to searching out spiritual matters.

Her tone invites readers to examine personal beliefs based on facts, not trendy opinions.

Reading her account of evil eye artifacts, I found myself recalling older folks from my own youth who called in a tea leaf reader to sort things out whenever it seemed clear they were “getting the overlooks” from someone.

Modalsky offers a path to discovery of spiritual matters, through respectful, solid research