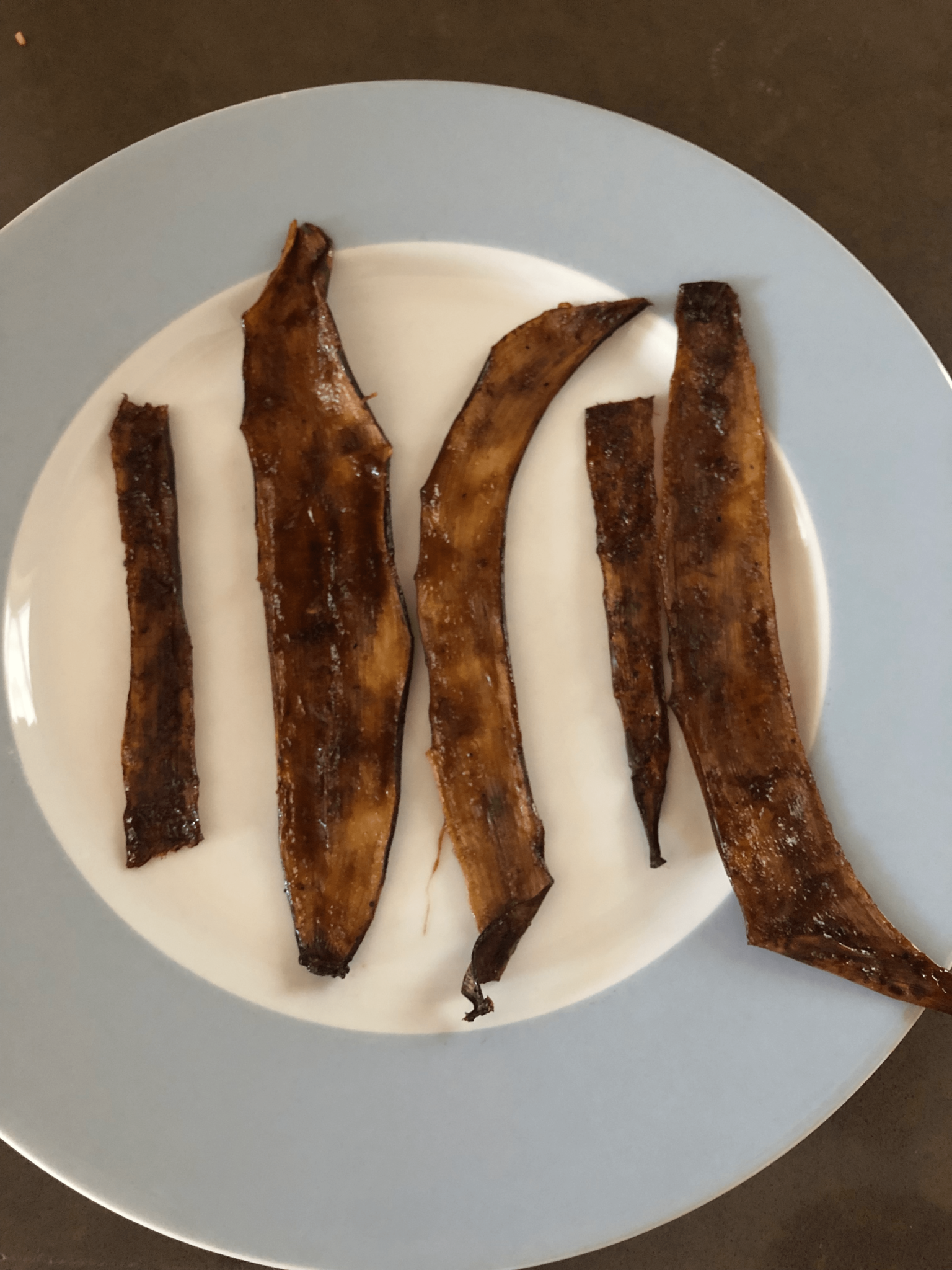 While attempting to quell my boredom by aimlessly scrolling through TikTok, I stumbled across a video by Halle Burns in which she recorded herself utilizing old banana peels to make vegan bacon. This piqued my interest, and my initial reaction (like any normal human being) was, “EW, THIS IS DISGUSTING!” But then, I became genuinely interested in this zero-waste and vegan-friendly interpretation of bacon. As an avid foodie, I knew I needed to try this recipe. Now, before judging me for recreating this recipe, I think we can all agree that limiting food waste is crucial in reducing our carbon footprint.

This recipe is intended for one person as it makes approximately four to five pieces of bacon. However, this recipe could easily be multiplied for sharing, as the main ingredient is bananas. Since the point of this recipe is to reduce food waste, it should ideally be made with old, browning bananas. Nevertheless, if you are dying to make this recipe and don’t want to wait, any banana peel would work great! 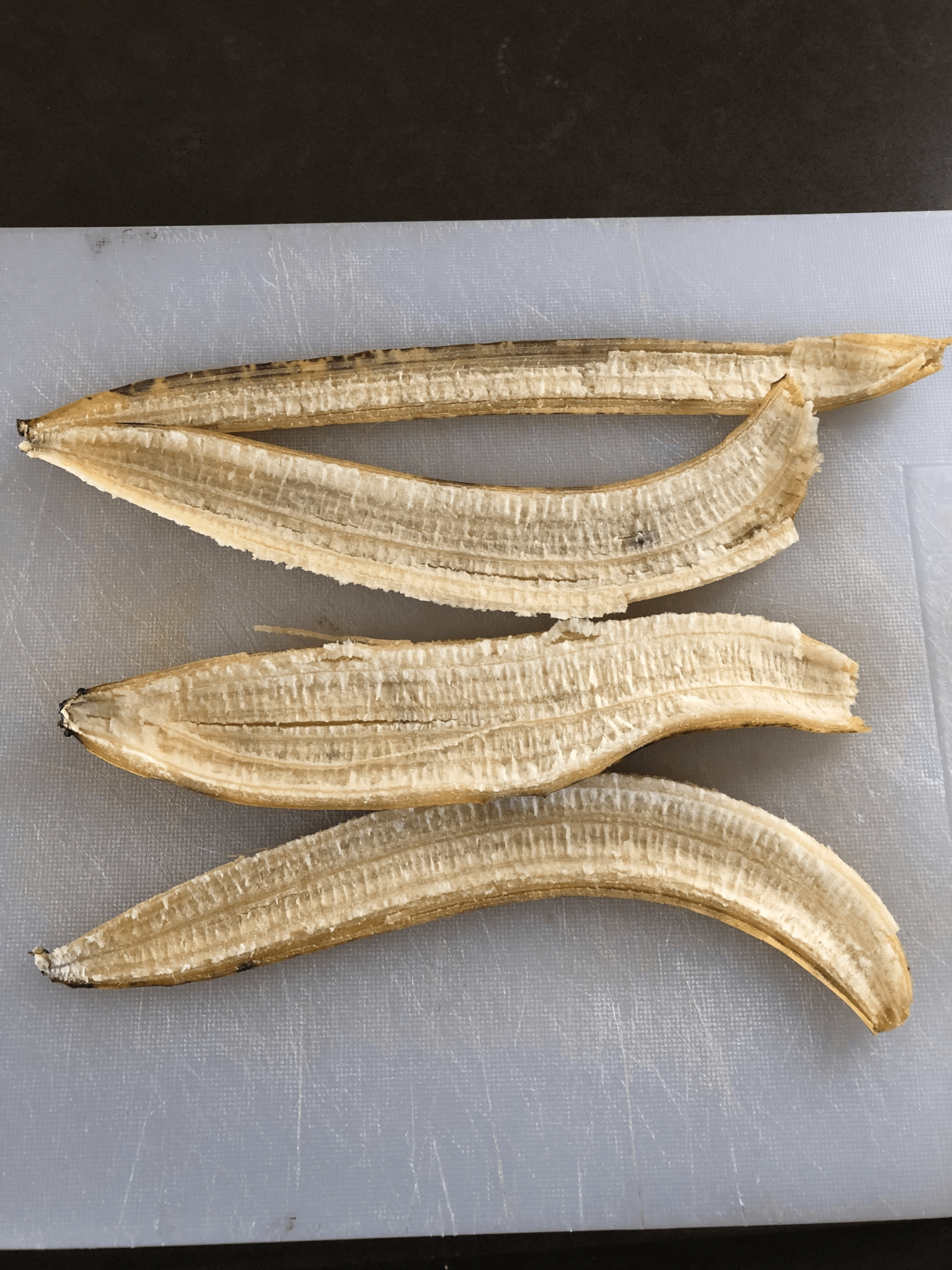 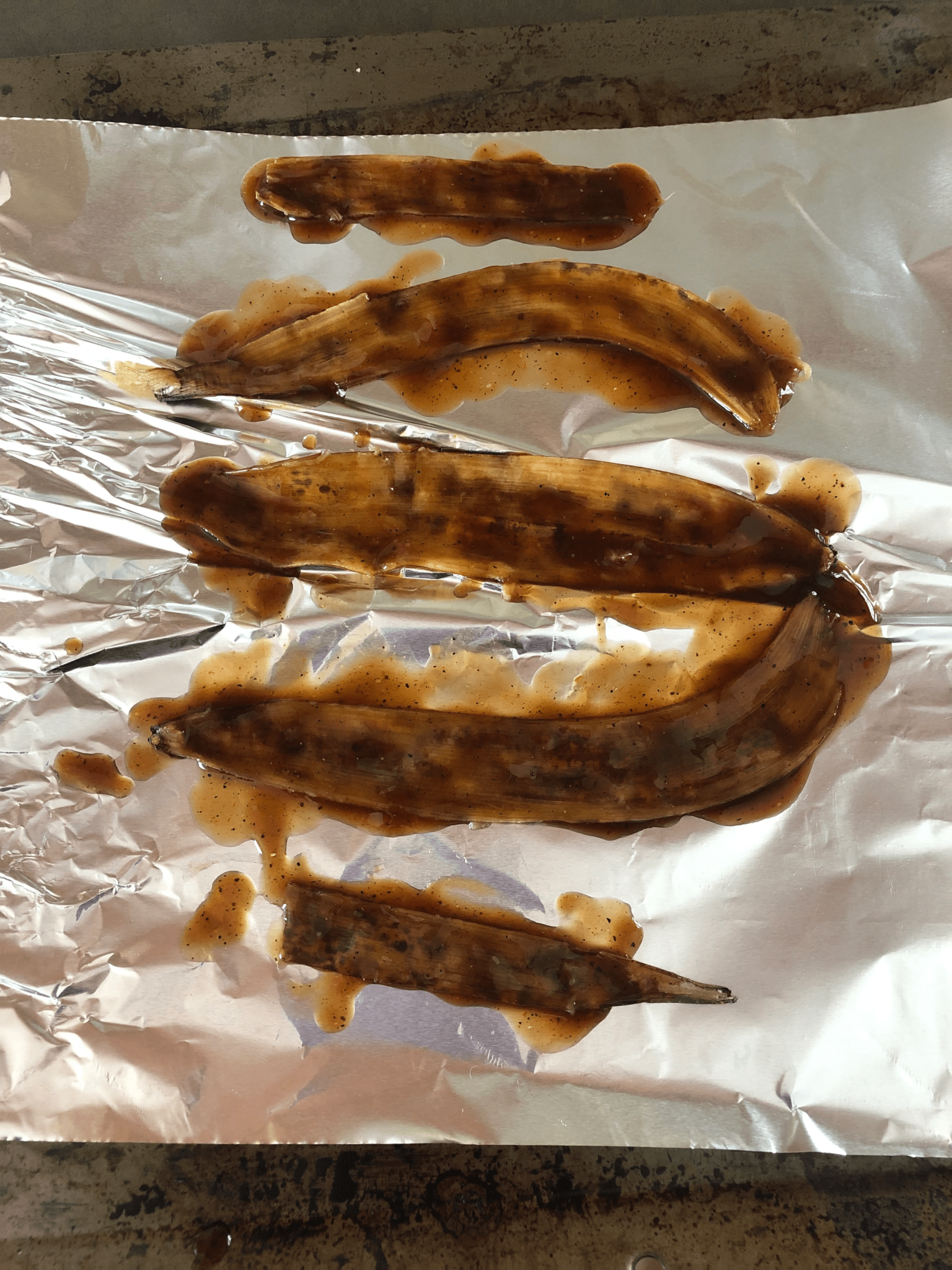 After tasting this “bacon,” I would definitely recommend sticking with other vegan bacon alternatives. The banana peels did not crisp like real bacon would and they were much chewier than normal bacon. However, this was a fun experiment and allowed me to think outside the box when it comes to trying new recipes that utilize every part of the ingredient. I encourage everyone to get creative in their attempts to reduce food waste! And, hey, if you are a banana enthusiast, banana-peel bacon might just become a regular staple in your house!

A version of this article appeared on p. 12 of the October 14, 2021 print edition of the Daily Nexus.

Won’t be trying it anytime soon, but thanks for trying it for us!