Two intoxicated individuals began fighting at Freebirds in Isla Vista on the night of Oct. 11 when one of the two fell onto Pardall Road and was seriously injured. 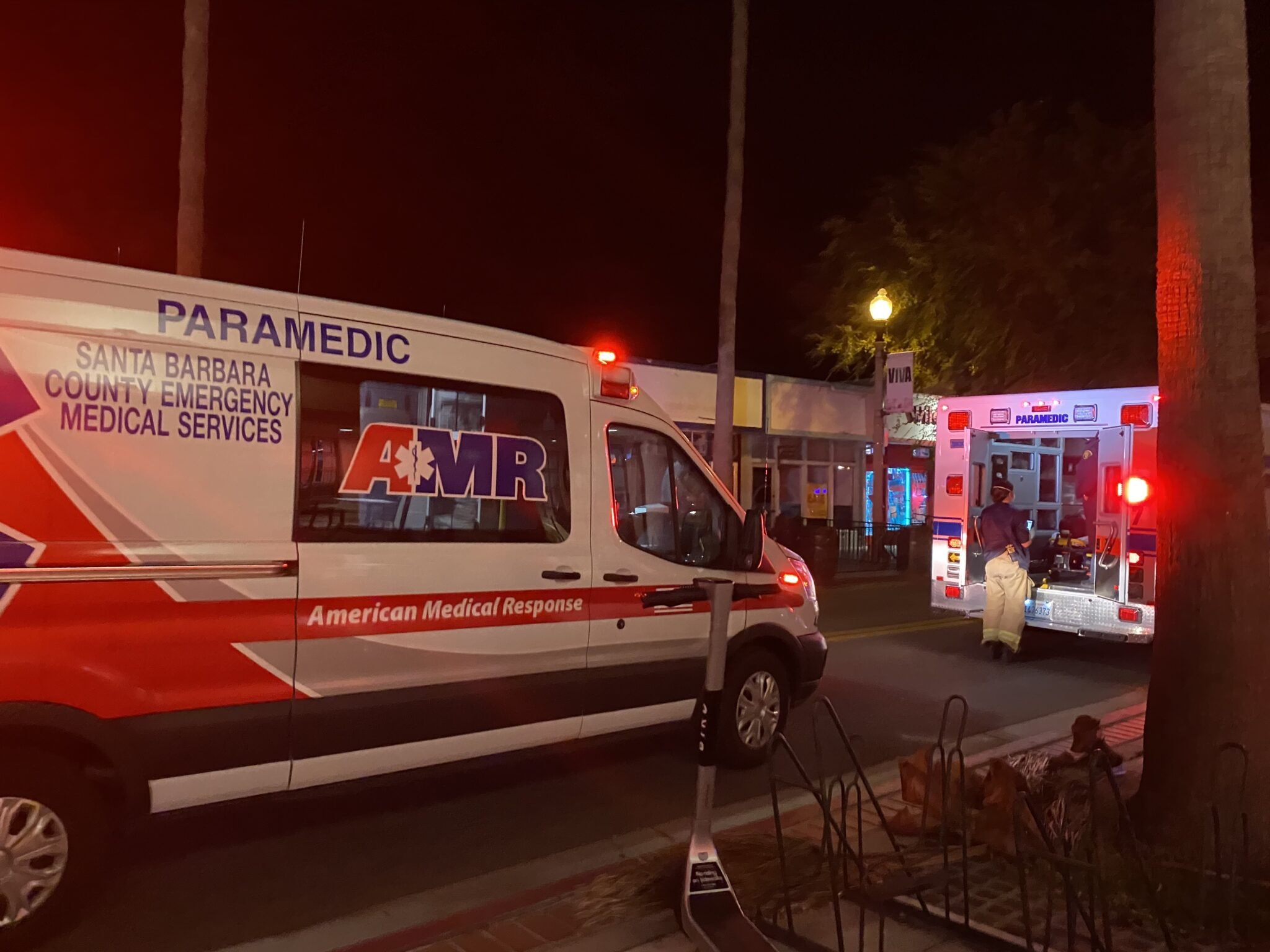 Paramedics and Isla Vista Foot Patrol were at the scene of the injury. Holly Rusch/Daily Nexus

One of the two people fell onto Pardall Road and “was injured with significant bleeding.”

IVFP, a fire truck and ambulances reported to the scene. The injured individual was transported to hospital and declined to press charges.