Water is essential to life, as everyone knows.

Because of this, the abundance and management of water resources in a region have far-reaching effects on stability, food security and quality of life. For those who farm crops or graze animals, reliable sources of water or the lack thereof make all the difference between crop booms and crop failures, with profound consequences for both farmers and their broader communities. 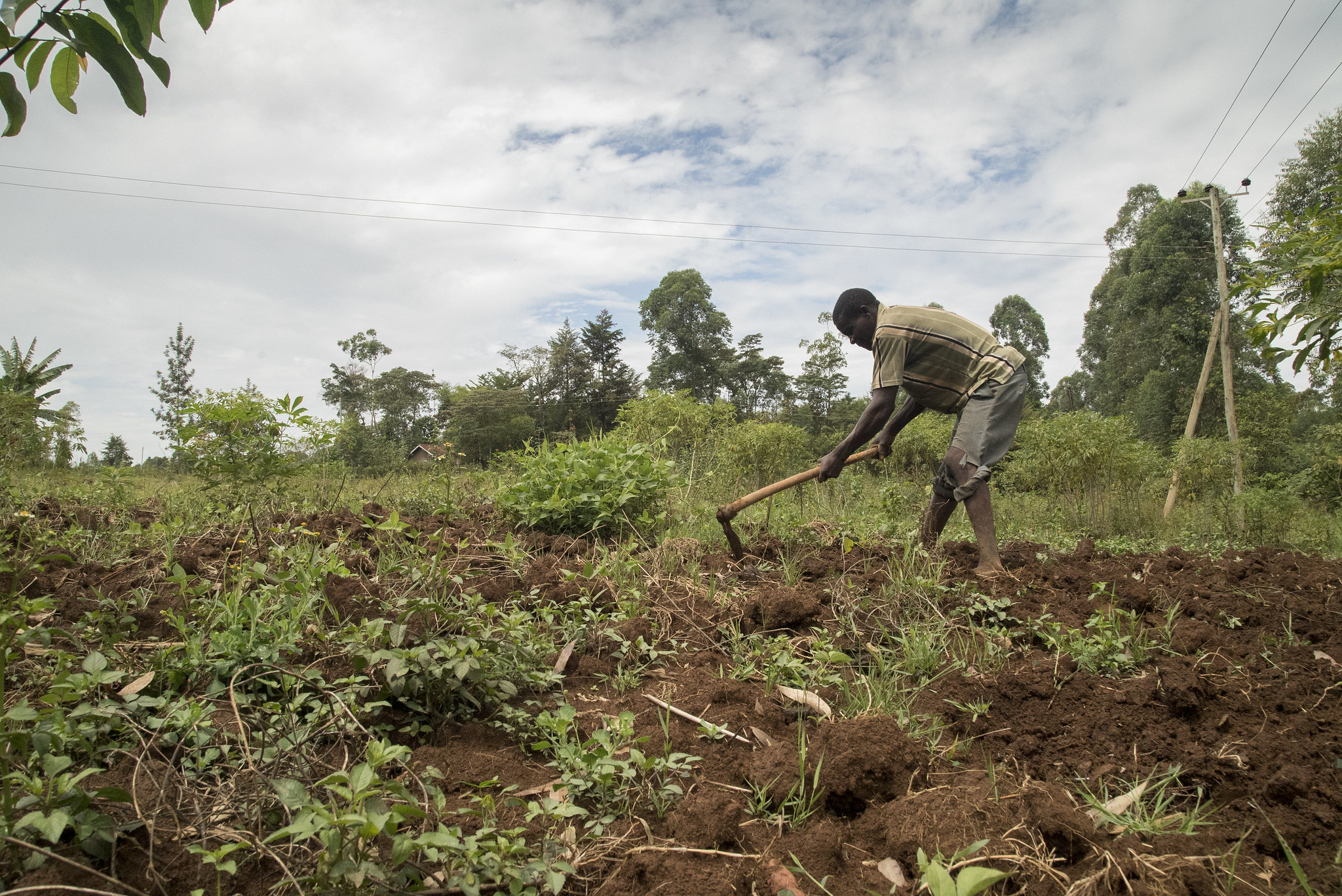 In Kisumu, Kenya, a farmer tends to his crops during the rainy season. Peter Kapuscinski / World Bank

“One of the ways to think about it is that drought happens when there’s not enough water. It’s a function of both supply and demand,” said Chris Funk, the Director of the Climate Hazards Center at UC Santa Barbara.

Unfortunately, for those living in both wet and dry regions across the world, changing precipitation patterns due to climate change have wrought havoc on once-expected norms. Extreme drought and torrential rain, being more drastic and frequent in recent years, have worsened food insecurity in some regions and even caused famine and human suffering.

In order to avert catastrophe and mitigate the worst human impacts of extreme weather, many researchers have devised ways to predict the effects of natural disasters such as droughts and deluges. Known as early warning systems, the information from these tools is disseminated to both those in the public and those distributing aid to vulnerable populations.

For instance, Funk works with a global team of scientists to shape famine and weather-related disaster responses, develop better datasets and improve monitoring and prediction systems.

Recently, Funk, along with his other collaborators at the Climate Hazards Center, the United States Agency for International Development, the NASA Goddard Space Flight Center, the National Oceanic and Atmospheric Administration Physical Sciences Laboratory and the Sciences Applications International Corporation, have sought to make it easier for farmers — particularly those who rely on rainfall to water their crops — to predict growing season water deficits.

“We have great capacity across timescales, to come up with forecasts for how much precipitation a place is likely to get. But we don’t have a way to quickly translate that information into likely outcomes for farmers and pastoralists,” Funk said. “If you have the ability to put weather forecasts and observations in the context of what plants need for healthy growth, it becomes more powerful.”

Drawing from the Water Requirement Satisfaction Index (WRSI), a metric created decades ago by the Food and Agricultural Organization of the United Nations to measure agricultural drought stress, the researchers devised a new, simpler measure called the Phenological Water Balance (PWB). According to Funk, PWB is easier to calculate and to use in conjunction with climate observations and forecasts.

“The [PWB] uses rainfall as the supply, and then it calculates water requirements [from crops] as the demand,” Funk said. “[The] WRSI does the same kind of thing, but in a more complicated way, where it basically runs a hydrological model.”

“A big motivation for the [PWB] is that you can get it to take our rainfall forecasts and translate them into plant water availability. And that gives us a much better way to track when there are gonna be rainfall deficits in the middle of the season,” Funk said.

In addition, the PWB can provide farmers with information about exceptionally wet conditions, like extreme precipitation events, which is something that the WRSI couldn’t accomplish.

Funk and his collaborators validated their results by looking at data from Kenya, a region for which they have carried out forecasting. In recent decades, Kenyan farmers face irregular rainfall and increased drought due to climate change, which is especially a problem in the country’s drier northern and eastern reaches.

Through this, the researchers found that the PWB metric performed as well as the WRSI metric.

“It’s not perfect, but it’s really easy to use and it’s performing at least as good as this much more complicated approach,” Funk said. “One of the things that the screening really helped us see was how it looks like climate change is making the water demand a lot bigger in dry areas during drought.”

“We’ll probably be using the results to help guide … hundreds and millions of dollars of aid this year and next year. And so that’s part of the excitement, I think, about the work we’re doing. We’re developing methods and then very quickly translating them to help safeguard lives.”