The Daily Nexus
Opinion
Professors: Just a Teacher or Potential Bestie?
September 1, 2021 at 9:00 am by Christine Tu and Min Seo Riu

Just Give Me The Facts (That’s It)

In a month’s time, the yearly ritual starts again. Dorm rooms are moved into, new notebooks are cracked open and lecture halls start to fill up with students. Another inevitable thing as we start new classes is the quarterly foray into sites like Rate My Professors and Reddit to read about the experiences of past students with certain professors. We end up scrolling through  reviews — sometimes even rants — at worst feeling more and more conflicted about our class decisions, and at best becoming excited for the class.

Unless your professor is like Mick Jagger or Rihanna, it really shouldn’t matter how cool they are. It’s their teaching style and the content of their lectures that make a class, not how cool they are purported to be. By the way, to any incoming freshman reading this, your professor probably won’t be either of the indubitably cool people I mentioned above.

First of all, a good teaching style beats coolness due to the sheer amount of time saved studying later. I’d take a boring, yet insightful lecture any day over having to spend several frustrating hours figuring out what on Earth was going on by myself after class. If you’re looking to spend the least amount of time staring at books in favor of, I don’t know, staring at the point where the ocean meets the perfect blue sky (if the weather permits), teaching style triumphs over coolness here.

Second, I think it’s obvious to say that we’re here to learn. Of course, learning and being entertained are not mutually exclusive, yet I think that the former is preferred to the latter given how much tuition we’re paying to be here. While having a cool professor could surely liven up a lecture, if I wanted to be entertained, I’d watch a Netflix comedy special, or watch freshmen try to find their way to 67 DP on the first Friday night of fall quarter. There’s nothing more annoying than having to listen to a professor ramble off on a tangent about subjects completely unrelated to the topic at hand.

However, one could also argue that coolness is separate in itself from teaching style. For example, no amount of jokes and fun stories can get someone to learn a concept if the material just is not there. And even if being cool is a prerequisite to having a good teaching style, there’s no reason why a professor can’t be both. Besides, if a professor has a truly great teaching style, the content and the manner in which it was delivered should be interesting in itself.

I get it. I’ve sat in lectures so dry — but loaded with content — that it took everything I had not to click the “open tab” to browse BuzzFeed quizzes or start playing 2048. And when it gets past a certain hour, the naptime yearnings start rolling in and I feel like an Olympic weightlifter trying to keep my eyes open while the seconds slowly tick by. But at least I got the job done. Content was taught, and by the end of the lecture I have several pages of notes that make sense to me.

Ultimately, people’s preferences make it so there are several teaching styles that suit each student, and there can also be several styles that don’t suit the preferences of a person. So if you’re deciding which class to take, whether to drop a class or whether to stay in a class, consider the importance of a professor’s teaching style over how cool people might say they are. And of course, take the reviews you read with a grain of salt.

If all else fails, we’ve spent the past year and then some staring at the empty void that is Zoom classrooms, so teaching style and coolness aside, anything — from dense, content-packed lectures, to fun classes and everything in between — is better than what we had before. Though, one downside is that we can’t increase video speed when it’s in person again.

Christine Tu would rather minimize time outside of class trying to figure out what was going on. 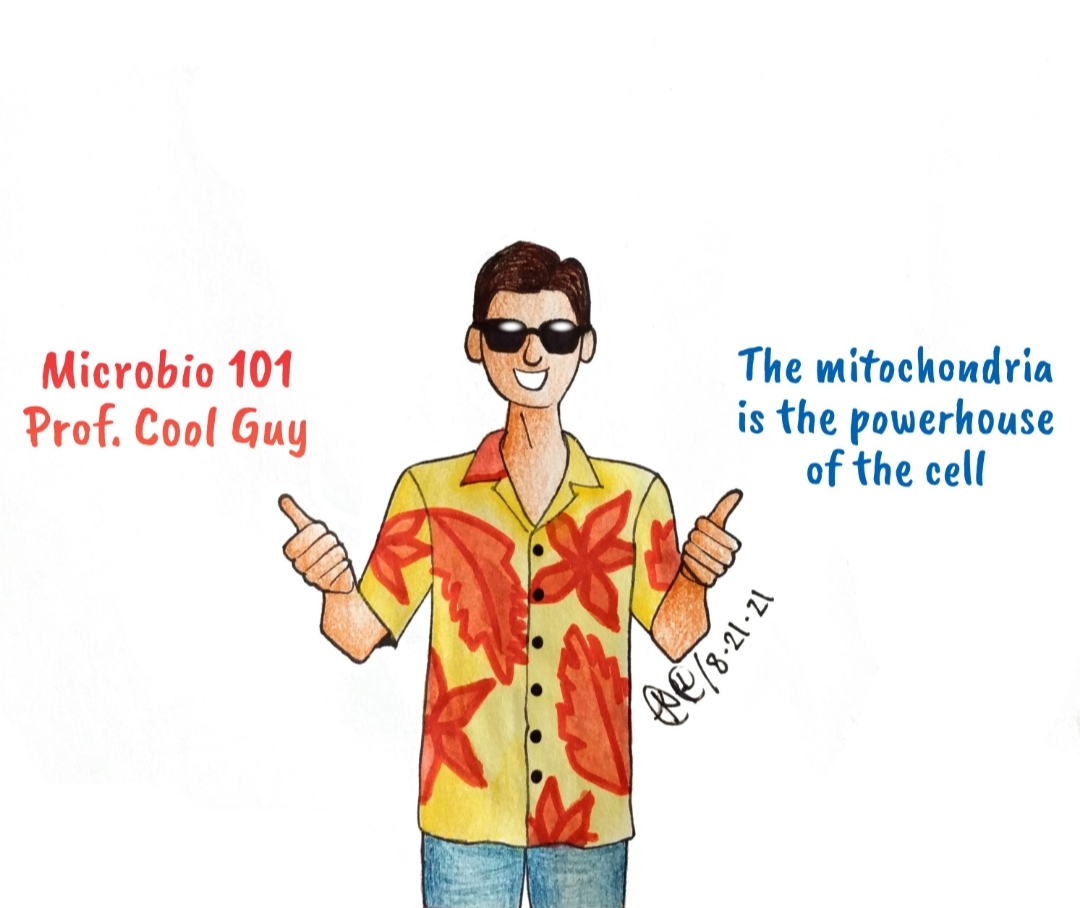 As an English major, listing off my previous courses sounds suspiciously like a “Top 10 Classes That Might Eviscerate a STEM Major on Sight” article from BuzzFeed. And to be fair — even though I love and respect my future English degree — if someone were to tell me that they were studying postcolonial British literature, my knee-jerk reaction would probably be to convey my sympathies.

However, despite my mostly negative assumptions about how enjoyable I would find some of my more traditional English courses (Shakespeare, British Literature, etc.), I was always pleasantly surprised to find out that the classes I dreaded during Week 1 usually became my favorite classes by the end of the quarter. Although I will never verbally admit that I enjoy reading Wordsworth to another living soul, taking British literature made me realize the importance of a professor’s likeability, rather than their method of teaching.

Especially in college, I’ve found that rather than having a professor whose teaching style aligns with my ability to study, it’s more relevant for my professors to be approachable and fun in class.

Obviously in a perfect world all of my professors would have unflawed methods of teaching and be completely approachable, but seeing as we live in the same universe that produced three “Kissing Booth” movies (no shade, the second one was fun) we are clearly not living in the superior timeline. (Somewhere in a parallel universe, instead of watching all three movies in a row, I’ve spent those six hours developing a cure for cancer or something.) So, if I had to choose one over the other, I would definitely choose approachability over teaching style.

I know that this might be a controversial choice, but most — if not all — of my best essays and learning experiences have come from professors and TAs who went out of their way to be approachable, kind and funny. After all, a professor could teach with perfect clarity, but that doesn’t mean I’ll be motivated to show up to office hours and listen during lectures. Because, although I wish I was paying an unbelievably ridiculous sum of money to receive the best education for my future career field, I’m actually paying an unbelievably ridiculous sum of money to zone out during a lecture about the “Epic of Gilgamesh.”

But having someone who makes it genuinely fun to show up to class (even if it’s a Zoom meeting) and able to thaw the awkwardness from an office hour visit is criminally underrated. If half my professors wore Hawaiian shirts and started classes with videos of parrots dropping the f-bomb, I’d be twice the student I am today.

I understand more than anyone (i.e. I’ve taken calculus before) how important a professor’s teaching style is. However, there is no reasonable explanation for why I passed a postcolonial British literature class with an “A” other than for the sole reason that I thought my professor (and TA, of course, who deserves an entire article of praise just for her) was a fun guy. Why else was my attendance stellar? How else could I find the brute strength to click on “office hours Zoom link” and exchange painfully awkward greetings with someone who I had never seen in person before until I felt it was appropriate to switch the topic to my thesis?

Obviously all professors are wonderful and great and amazing and terrific at their jobs, but not even Obama’s beautiful cadence could make me care about Samuel Taylor Coleridge’s “The Nightingale.” It takes a particular kind of person to make me passionate about writing a seven-page essay about the evolution of Victorian women through British literature. A particular kind of person that one might even call … cool.

I know that’s pretty strong language for someone who is a middle-aged, tenured professor, but I genuinely think that some of my professors are cooler than me, an 18-year-old student who is supposed to be in the prime of her Bildungsroman character development.

If none of my previous points are persuading your cold resolve (which probably means you are a STEM major who has taken organic chemistry or some other course where the midterm average is 38%), at least consider the fact that good teaching style does not always equal an “A” in the class.

That’s because learning, much like most things in life, is not consistent or guaranteed. Sometimes I understand calculus perfectly, and other times it feels like a foreign language, despite my teacher being the best math tutor I’ve ever had. The solution for the latter problem would be reaching out to said teacher — in this case, professor — so that maybe their perfect, amazing, beautiful course notes might make more sense if they explained it in another perfect, amazing, beautiful way.

To encourage students to join in discussions, come into office hours and feel comfortable enough to share their frustrations is something that cannot come solely from the greatness of a professor’s course notes. It undeniably relies on something a little less academic, a little more human and perhaps even a little more admirable — a charismatic presence.

Min Seo Riu
Min Seo Riu is an Opinion staff writer and English major. She is a Danny DeVito enthusiast and a lover of Star Wars.
1 Comment
Inline Feedbacks
View all comments

This is a great article! I’m personally on team cool ;) ❤