In April 2020, Buddha Bowls owner and operator Daniel Dunietz was gearing up for another busy Deltopia weekend, traditionally the first weekend of UCSB’s spring quarter. He was used to students lining up outside his restaurant in search of bread bowls after a long day of partying. 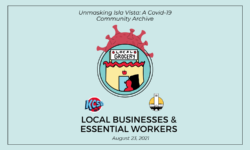 But instead of a line out the door, Dunietz served 10 people for the whole day. His business had evaporated seemingly overnight, as students fled Isla Vista amidst the beginning of the COVID-19 pandemic.

“In the beginning of that first month with the lockdowns, we saw our slowest days since the first year of operation eight years ago, so it just completely decimated our business,” Dunietz said. “Since then, it’s been a challenge. We’ve had to close twice because of a positive case in the staff, and I didn’t want to risk it in terms of exposing customers or the rest of my team.”

Most business owners in I.V. have to center their busy times around students. In a town where the vast majority of residents are college-aged, winter, spring and summer breaks mean slow business. But when UC Santa Barbara announced it was moving fully online for spring quarter — a shift that would end up lasting more than a year — business owners had no choice but to pivot. 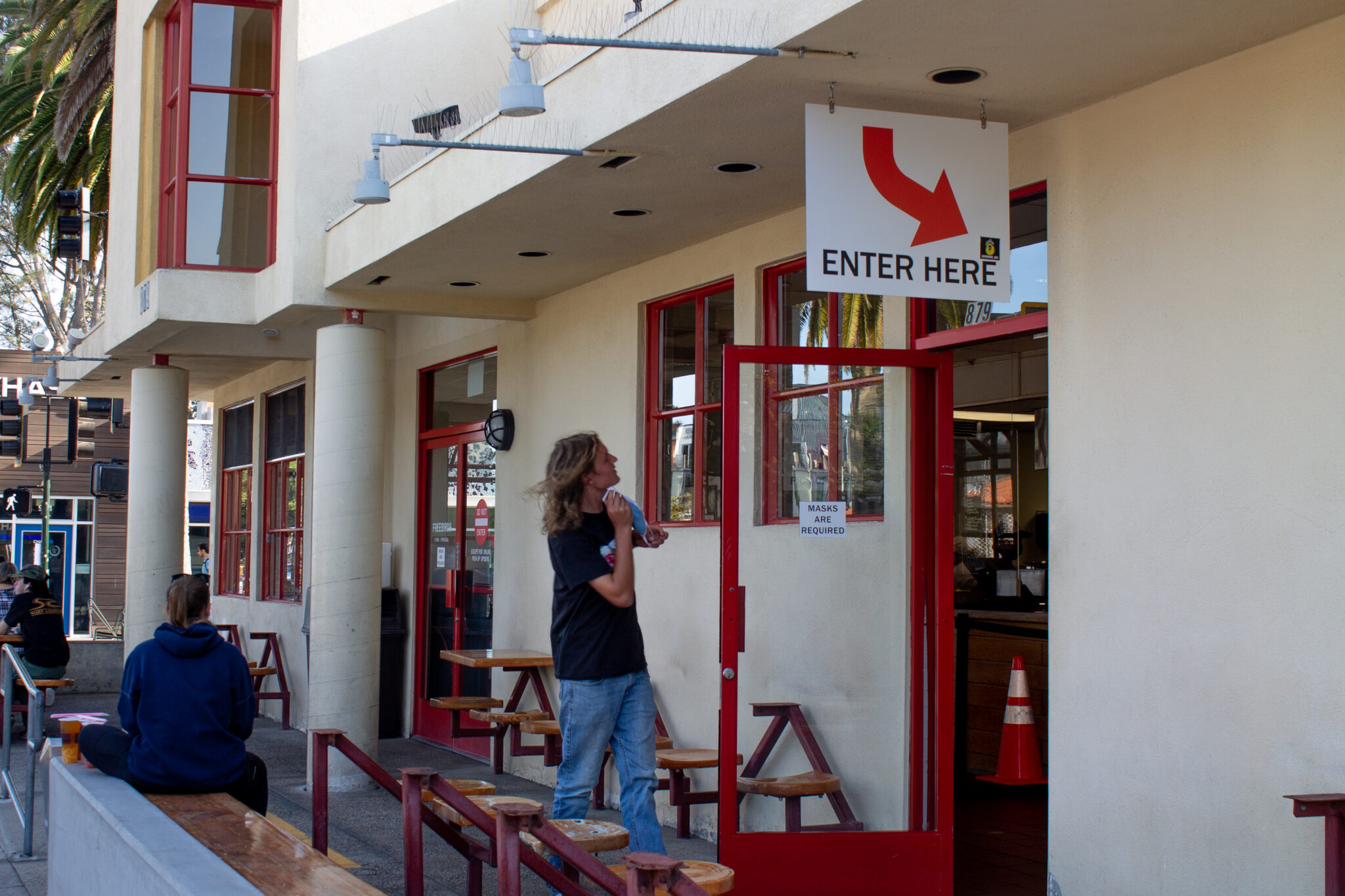 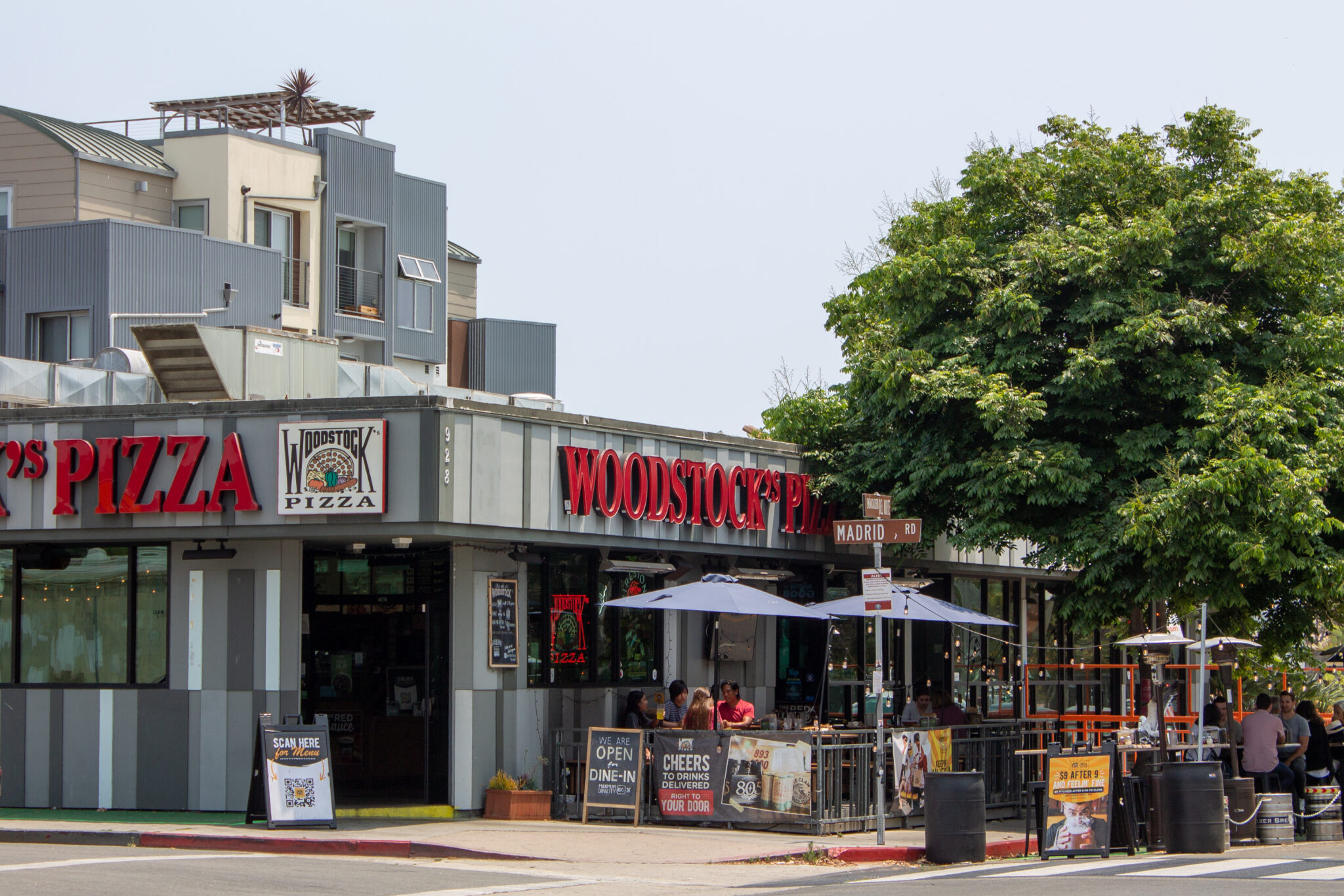 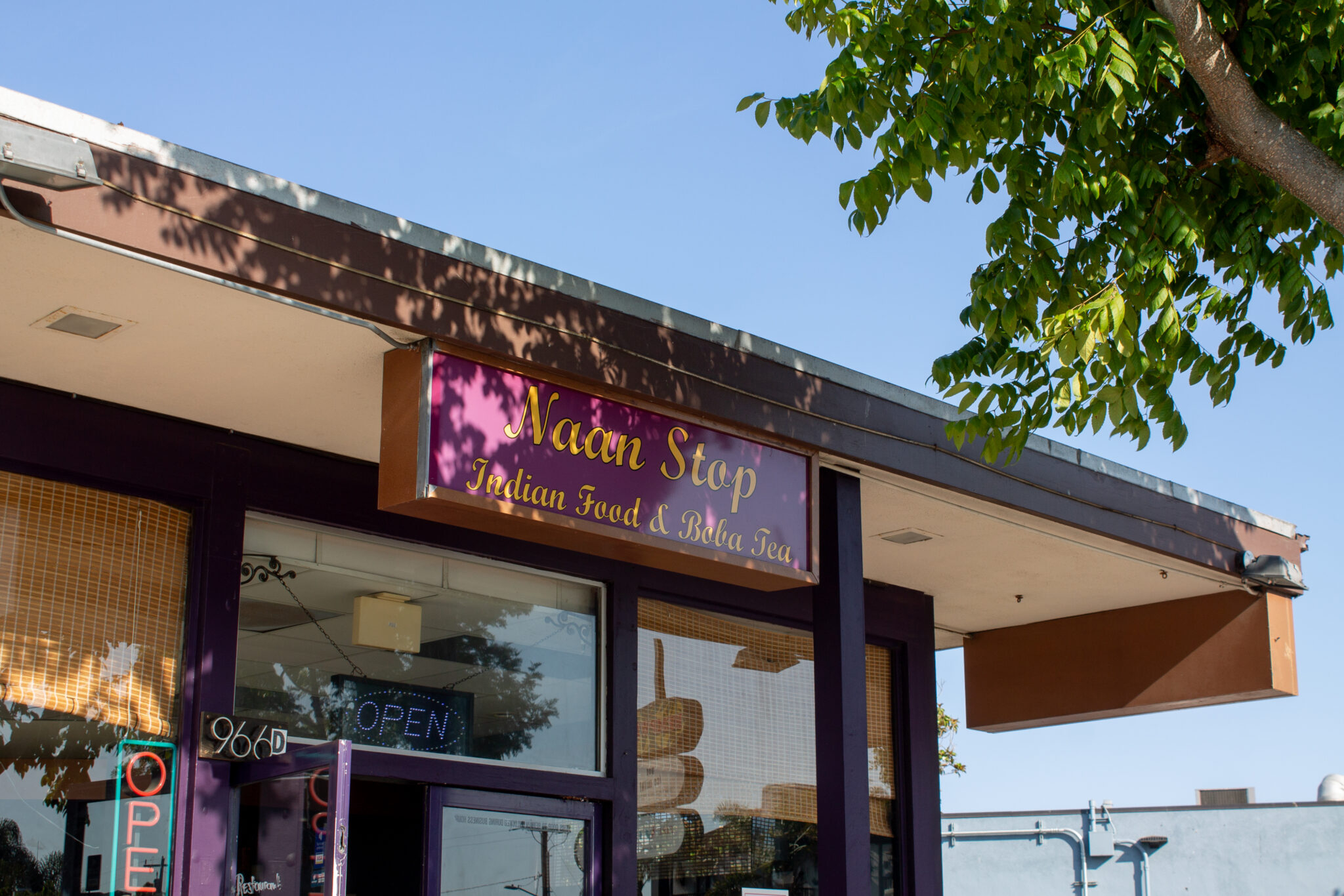 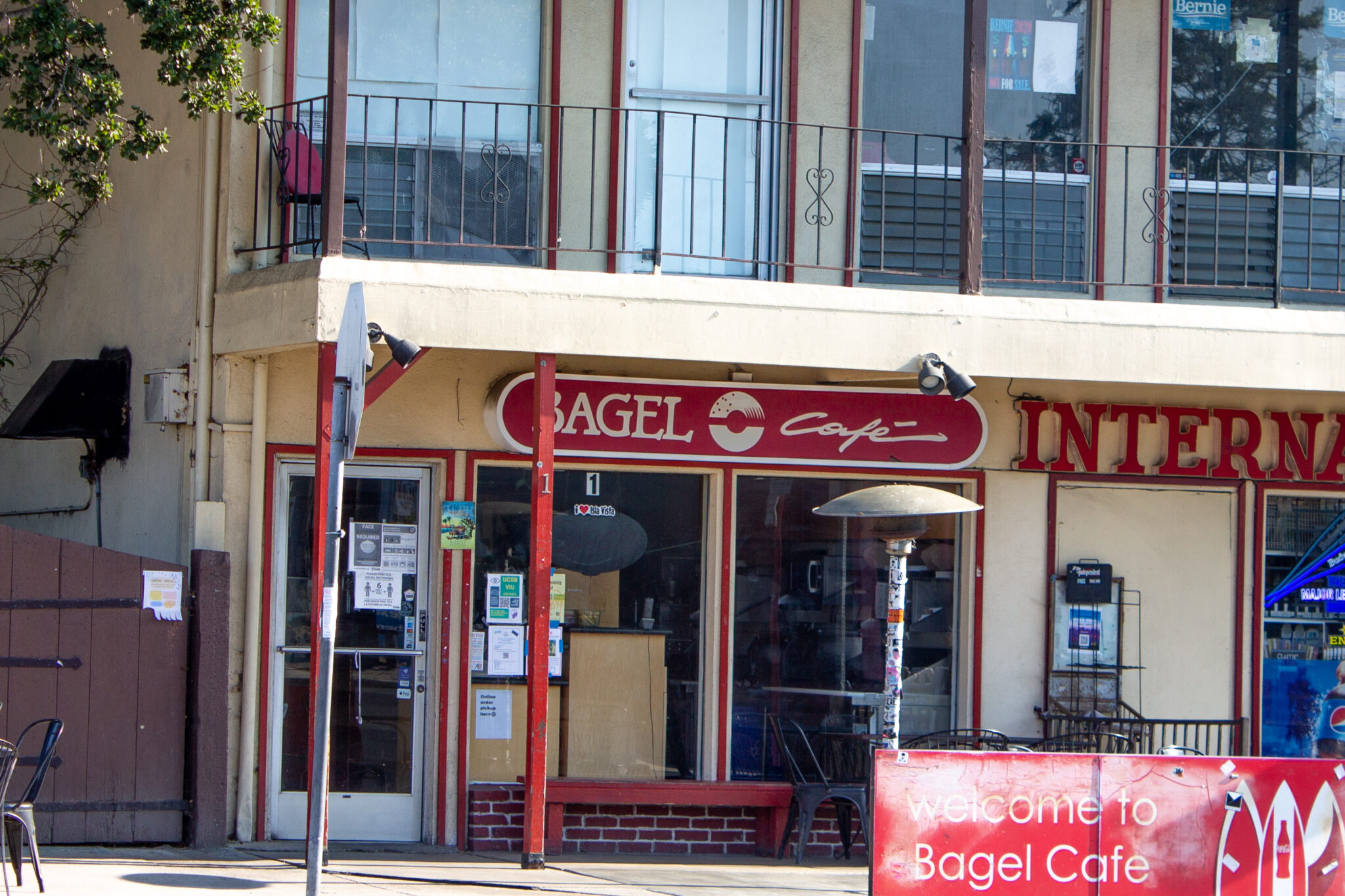 Lisa Oglesby, the board president of the Isla Vista Food Cooperative, is no exception. As one of only two grocery stores in town, the I.V. Co-op is one of the only places where students can easily get fresh food. Their mission to serve the community continued on through the pandemic, but with fewer customers and more restrictions, the challenges were steep.

“Grocery shopping became very different than what it had been,” Oglesby said. “Most students were remote, a lot of places in Isla Vista were empty and people weren’t leaving their house everyday, biking by the Co-op to get a sandwich on the way to school.”

“We had a huge drop-off in sales, almost as much as 25% in some months, while at the same time, needing to maintain all of the expenses that you have to run a community grocery store to be open and available to the community, if and when they need groceries,” she said. “We’re sort of limping along this year and limping along through the summer.” 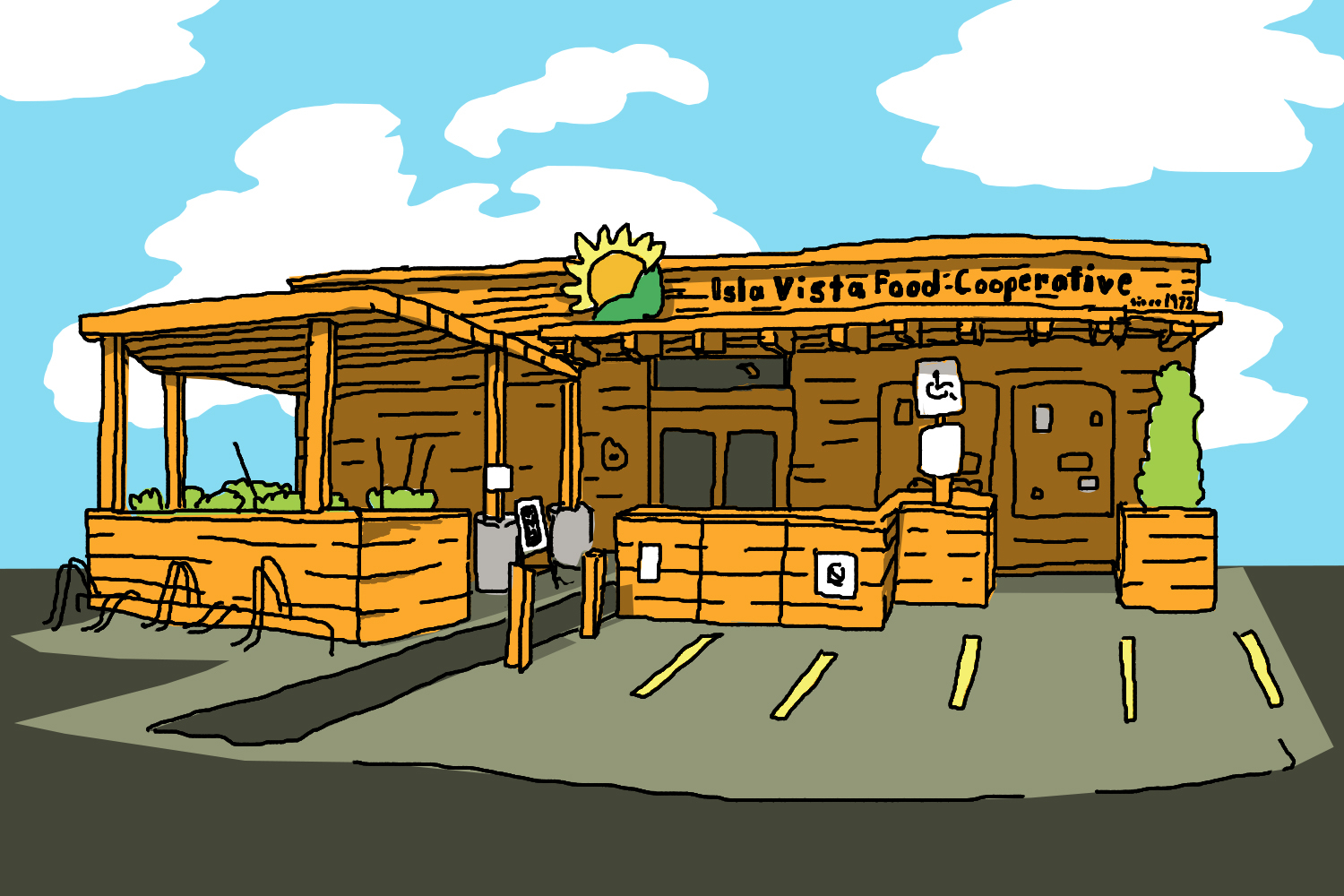 County and state regulations over businesses evolved as the pandemic worsened throughout 2020. I.V. faced smaller COVID-19 peaks in May and July 2020, with a severe uptick in cases in January 2021.

As Santa Barbara County’s positivity rate increased, business capacity shrunk. But in an area where most businesses primarily rely on takeout, many were already well-adjusted for a period when diners couldn’t eat indoors.

Meg Wilson, a third-year global studies major, moved back to I.V. for Fall Quarter 2020 and was in search of a job. She began working for Woodstock’s Pizza that October and has been there throughout the pandemic.

While Woodstock’s does steady takeout business and continued to do so during the pandemic, the restaurant thrives on in-person interaction. Crowded trivia nights and half-price pint nights meant that Woodstock’s was rarely empty come dinner time during a regular year.

Regardless, Wilson said Woodstock’s took safety seriously and gave her flexibility when her roommates tested positive for COVID-19.

The positive turning point for her came when the mask mandate was lifted in June of this year. Woodstock’s had already been serving customers outdoors on an expanded patio built during the pandemic, but she said business boomed again after the mandate was lifted and more people felt comfortable eating in person again.

“It was kind of a relief. A lot of people throughout the pandemic would come in not wearing a mask, and it was really annoying when you tell them to put a mask on, but we didn’t have to deal with that anymore,” Wilson said. 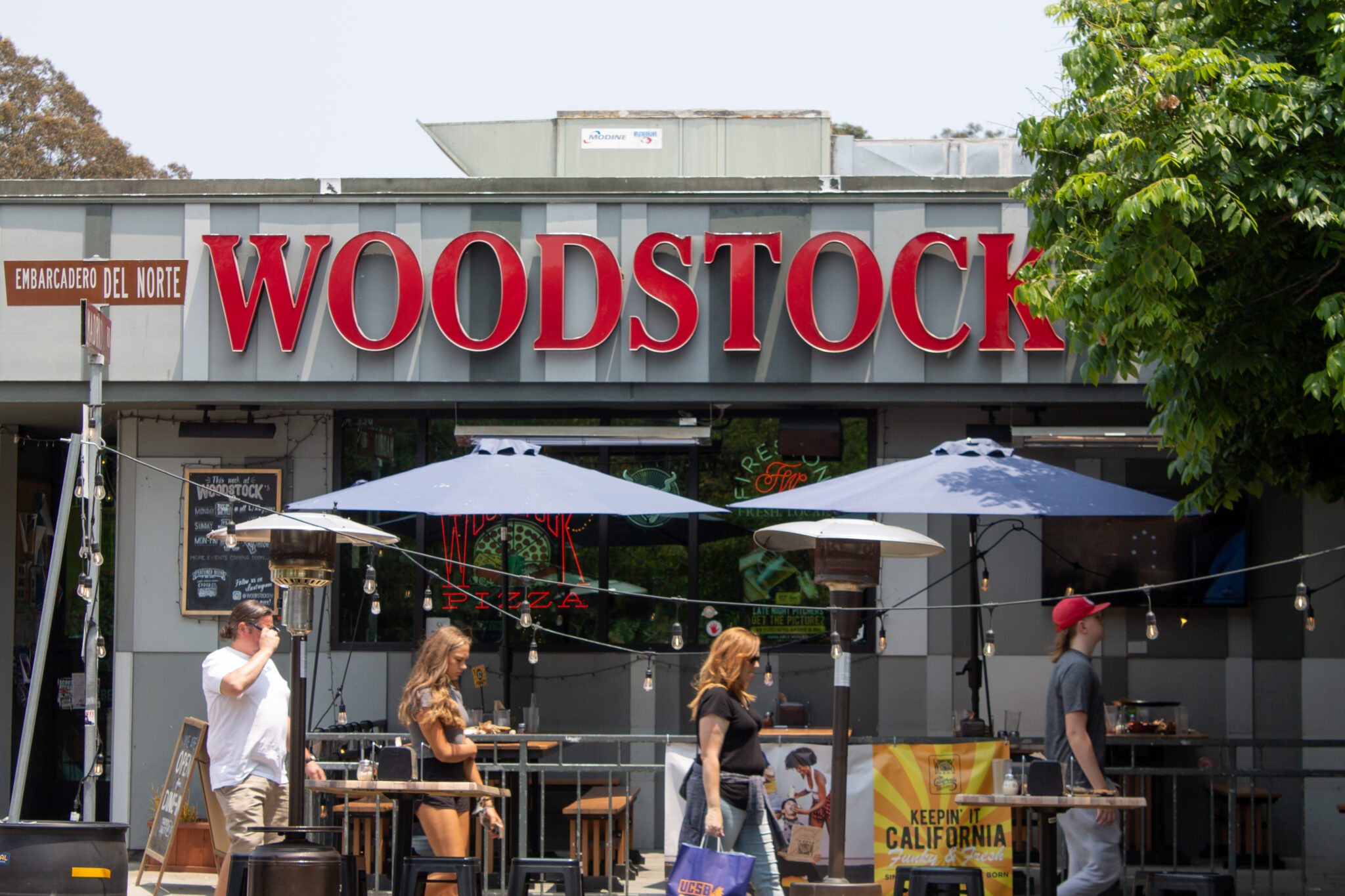 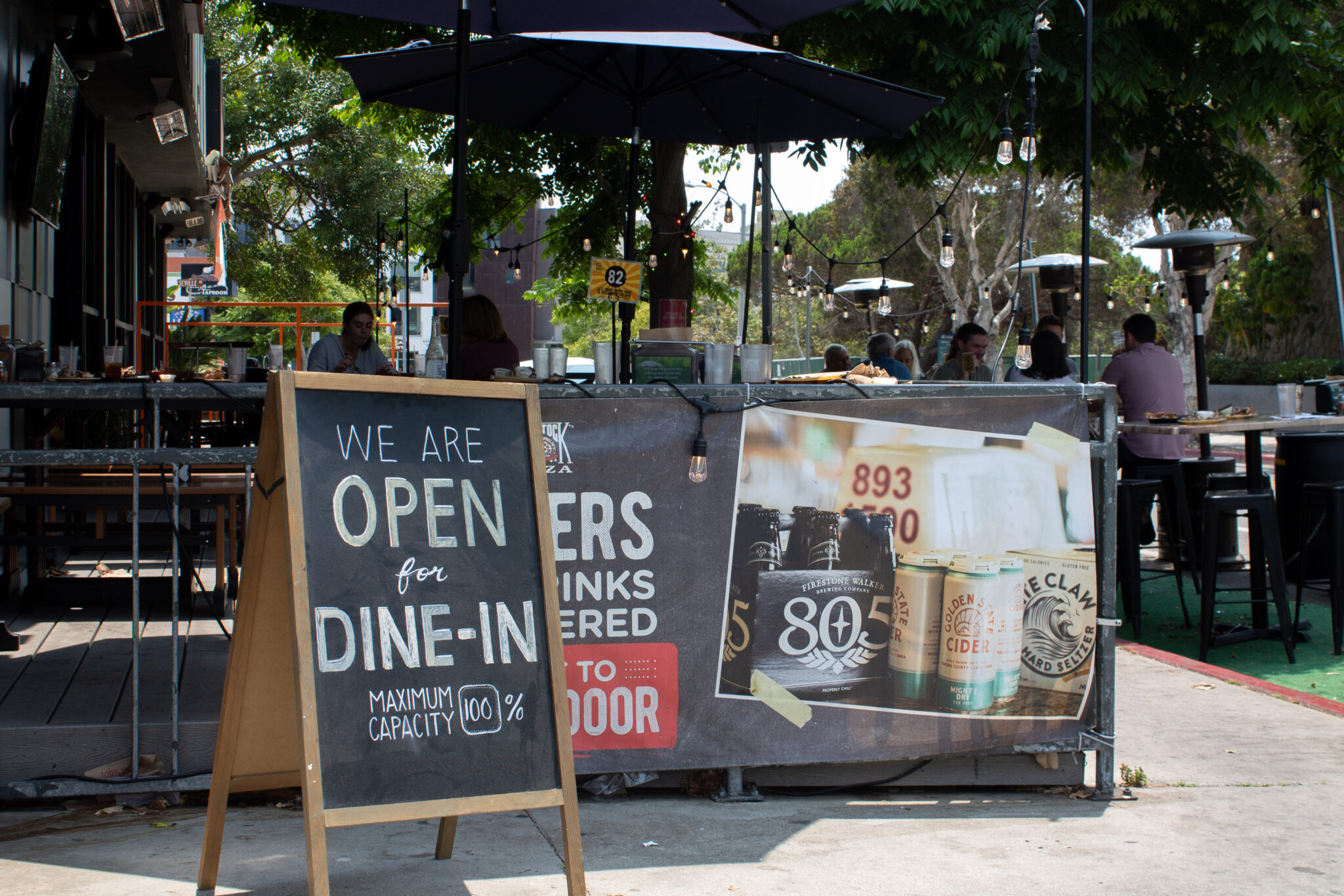 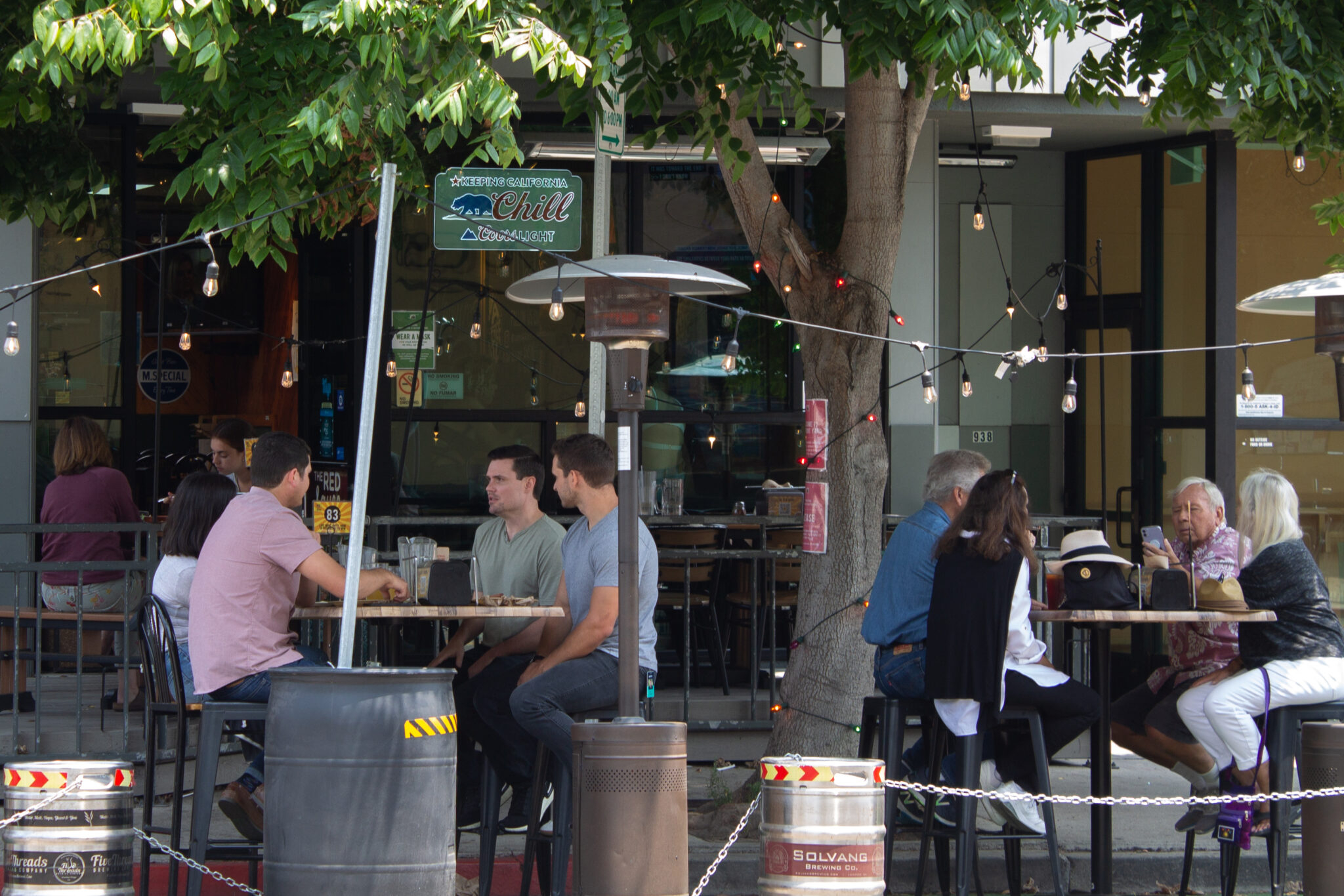 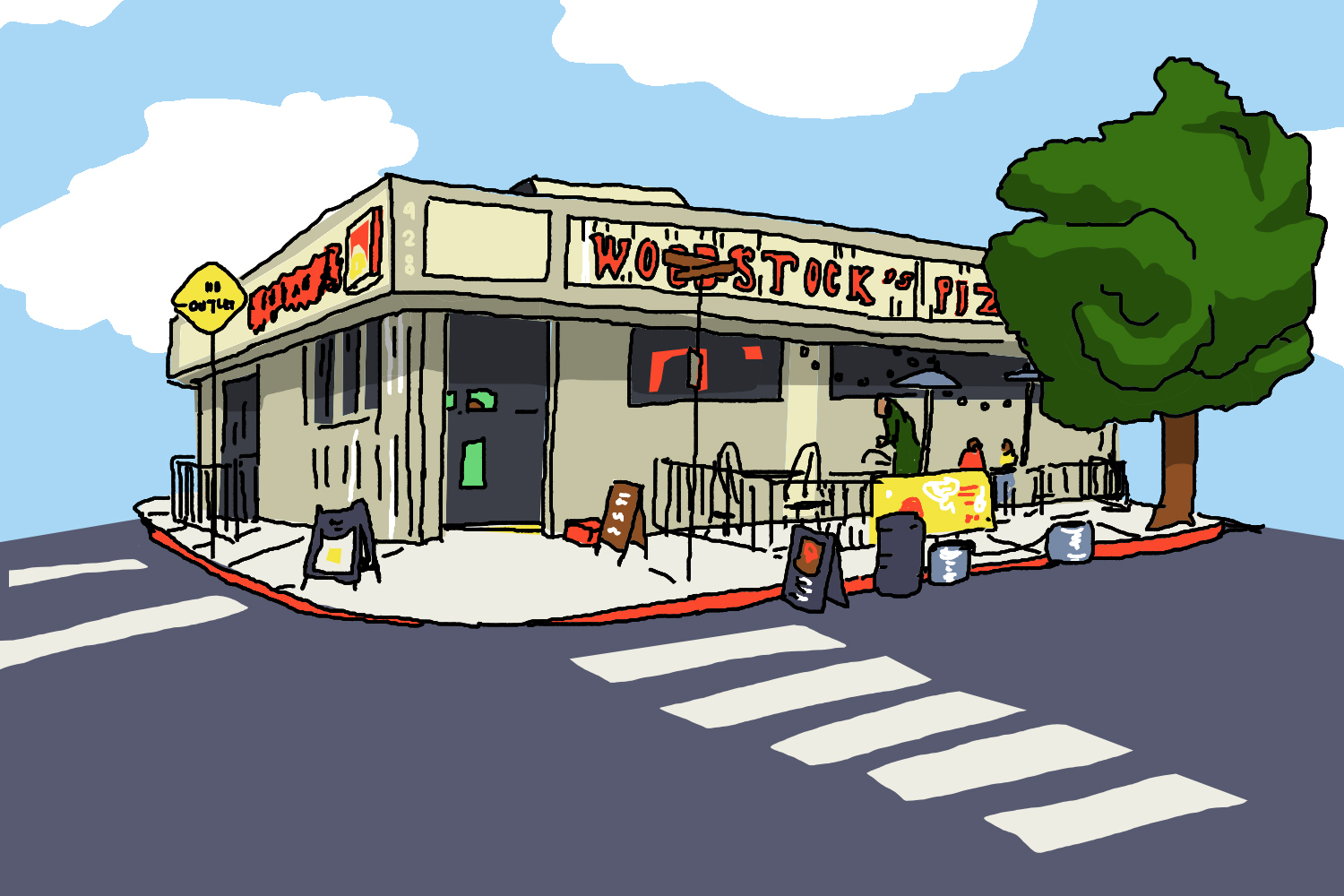 I.V.’s case numbers have steadily lowered through 2021 as vaccines became readily available to all. But the growing Delta variant has caused cases in the county to rise by 400% over the month of July. Business owners said they hope cases will go down again by fall, when they expect earnings to rebound as students come to the area for in-person school for the first time in over a year.

“You look around I.V. right now and a lot of businesses are closed. I think a lot of students who maybe weren’t in Isla Vista in [the] 2020 to2021 school year will come back and realize their favorite place simply isn’t there anymore,” Oglesby said. “But it is sort of the economic reality of when there’s no one coming to your shop, then the shop can’t really sustain itself.”

“I am hoping for a bit of fall revitalization in Isla Vista, and I’m hoping that it’s not just filled with corporate restaurants that want to come in and sort of change the local flavor of this town.”

For Buddha Bowls, business has slowly but steadily risen over the past year and a half. Business still isn’t where it was pre-pandemic, Dunietz said, but he hopes that the fall will bring new students and business to town. 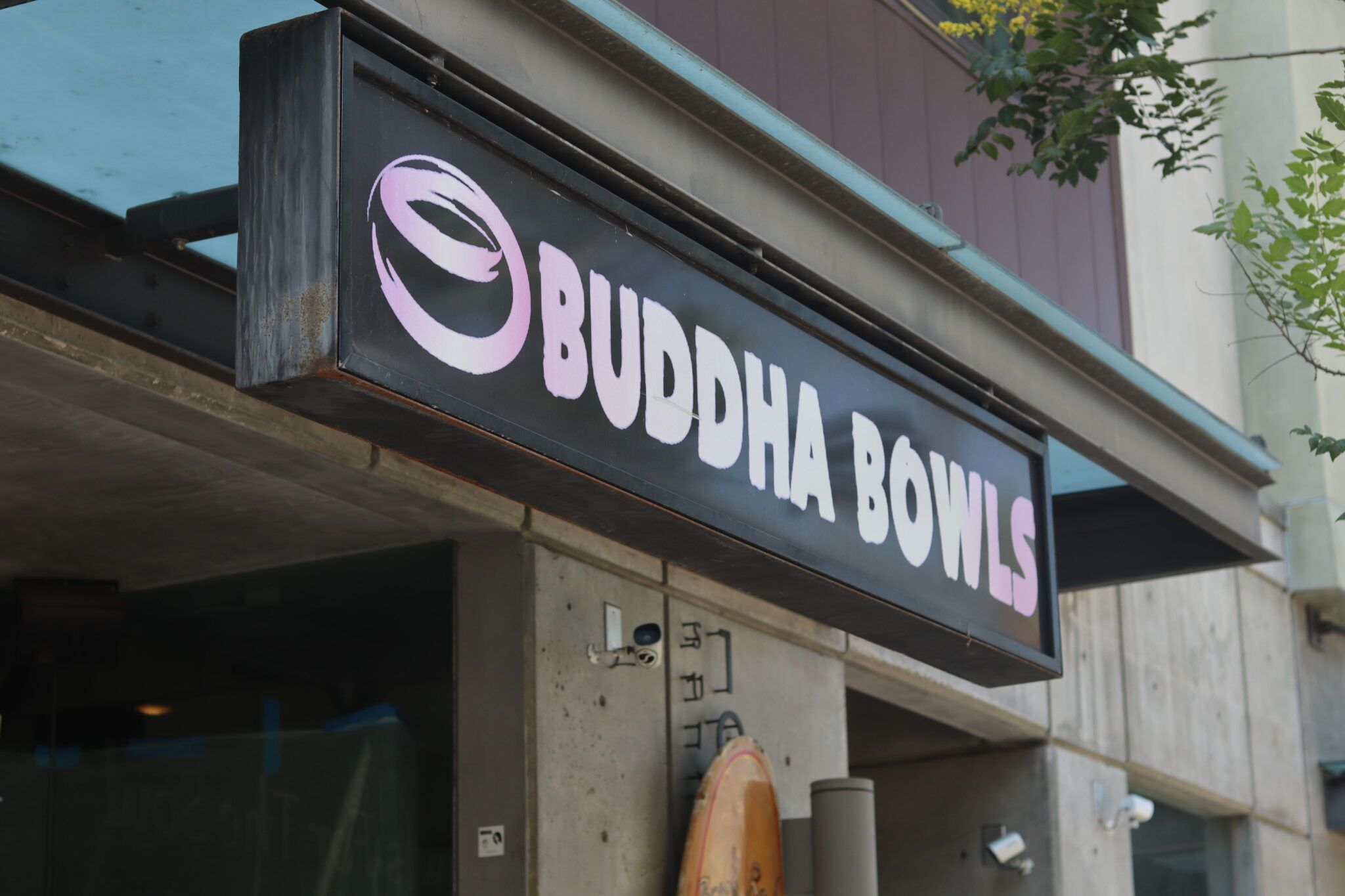 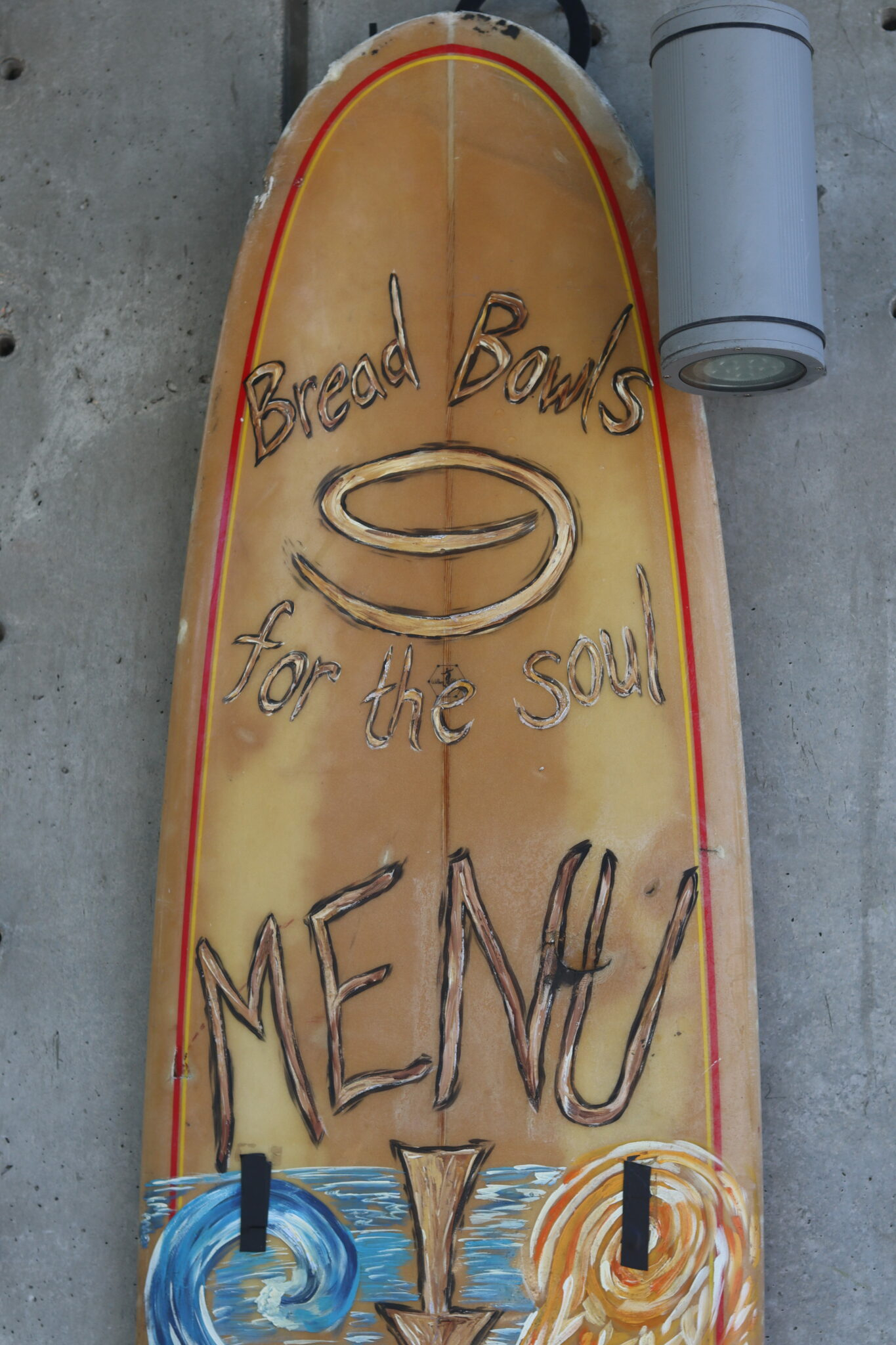 “Everything’s leading up to the fall, where this university is going to reopen with in-person instruction,” Dunietz said.

“I mean that’s really going to be what we’re hoping for is, you know, the real kind of grand reopening of I.V.”

Ashley Rusch
Ashley Rusch is a staff writer for the Daily Nexus. She can be reached at news@dailynexus.com.
0 Comments
Inline Feedbacks
View all comments