The Daily Nexus
Film & TV
In Review: Shyamalan Delivers Silly Thrills in “Old”
August 4, 2021 at 10:06 am by Katie Caracciolo 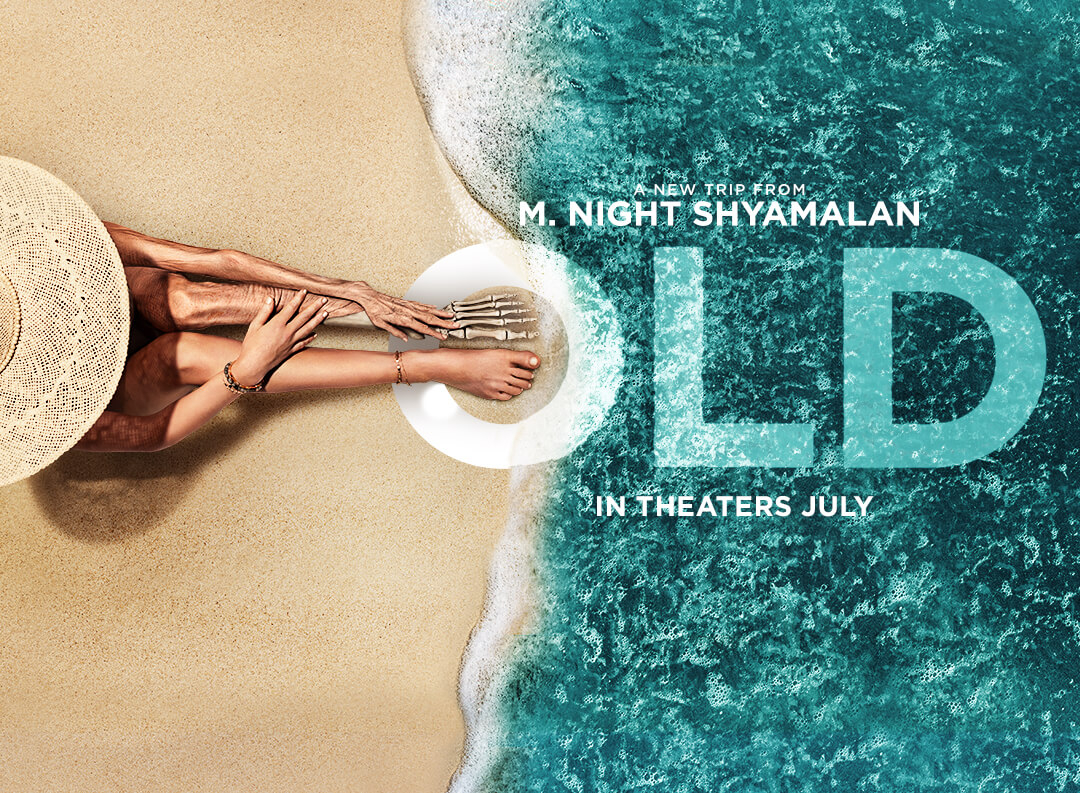 M. Night Shyamalan has succeeded in thrilling audiences once again with his most recent film, “Old.” In this cheesy thriller, a family—fraught with both marital and medical issues—vacations on an exclusive beach on a remote island. However, as the day wears on, it becomes apparent that the beach is manipulating its visitors’ experience of time, mystifying and endangering the hapless vacationers.

The first act progresses at a rapid and choppy pace, seemingly tripping over itself and its stereotypical representation of a “family vacation gone wrong” in order to reach the supernatural elements of its plot. Shyamalan properly corners his characters in a hopeless, horrific situation, leaving viewers on the edge of their seats—and on the verge of vomiting—as they try and fail, again and again, to escape the deadly beach. More graphic than his previous films, here Shyamalan plays into the horror territory favored by the ever-darker tastes of modern filmgoers.

Leading performances from Gael García Bernal and Vicky Krieps movingly capture the accelerated progression of a troubled couple from early middle-aged to senior citizens. Their performances, while feeling almost Lynchian in their clunky otherworldliness, effectively unsettle viewers into raising questions regarding the mysteries of the beach and the shady backstories of this myriad cast of characters.

The true standouts of the cast, Alex Wolff and Thomasin McKenzie, played the rapidly aging Cappa children, a 6-year-old and a 10-year-old who suddenly find themselves in adult bodies. The manner in which these actors reconcile their characters’ rapidly aging bodies, with their consciousnesses slower to catch up with such changes, is surprisingly moving, especially for viewers recently emerging from the sometimes alarming physical and emotional growth spurts and stops of adolescence.

Cinematographer Mike Gioulakis, who formerly worked with Shyamalan on 2016’s “Split,” perfectly captures the treacherous beauty of the scenic cliffs and waves of the setting, fully immersing the viewer into this strange world that is both tranquil and deadly, alternately reflecting blinding midday light and the inky blackness of the depths of night. Throughout the film, Shyamalan and Gioulakis utilize long shots and spinning camera movements, mimicking the rapid spinning of hands on a clock, making the viewer ever more aware of time rapidly passing for these sun-soaked victims.

Adding to these stunning visuals is the truly impressive makeup work, personalized for each character’s progression through the minutes and years. Especially for García Bernal and Krieps, the visual progression is so subtle and realistic as to be almost believably naturalistic. The viewer may even forget that these adults are not, in fact, actually aging before their very eyes. They progress from a young couple to aging parents to declining grandparents in a familiar and heartbreaking manner. As far as the younger generation of beachgoers, though not perfectly cast (and occasionally sporting silly, childish haircuts, which the plot explains away), Wolff and McKenzie look believably like their middle-grade counterparts, though their performances are, of course, what truly drives this point home.

Perhaps most impressively, Shyamalan evokes a deep sympathy for his characters, unusual for a plot-driven thriller. Though the dialogue is often stilted and obvious, eliciting the occasional unintentional chuckle through the auditorium, the quickly established and blatantly stated character relationships and conflicts allow the viewer to identify with these husbands and wives, sons and daughters, right before their lives (and seemingly the viewer’s own life) fall apart.

Known for his twist endings, Shyamalan’s finale here feels shoehorned in and overly explanatory, but it also raises new and interesting moral questions, further complicating thematic elements even as it ties up its plot in a completely satisfactory bow. Though the film feels as though it could have been about twenty minutes shorter, longtime fans of Shyamalan will have become used to—and indeed come to demand—this overly explained style of ending from the director.

This Shyamalan film is typically heavy-handed and simple, though for audiences used to the confusing timelines of Nolan and the over-the-top CGI graphics of the Russo brothers, this feels like a return to a good, clean moviegoing experience in a pandemic-ravaged world. Some viewers may be irritated by the stilted dialogue, or the admittedly silly premise, but Shyamalan’s fans, as well as moviegoers simply looking for a fun way to spend a fully engrossing 108 minutes, will be pleased.