The Daily Nexus
Opinion
Thriving Not Surviving; The Thriving Initiative Shows Us What Healing Could Look Like
July 28, 2021 at 11:05 am by Taylor Clark 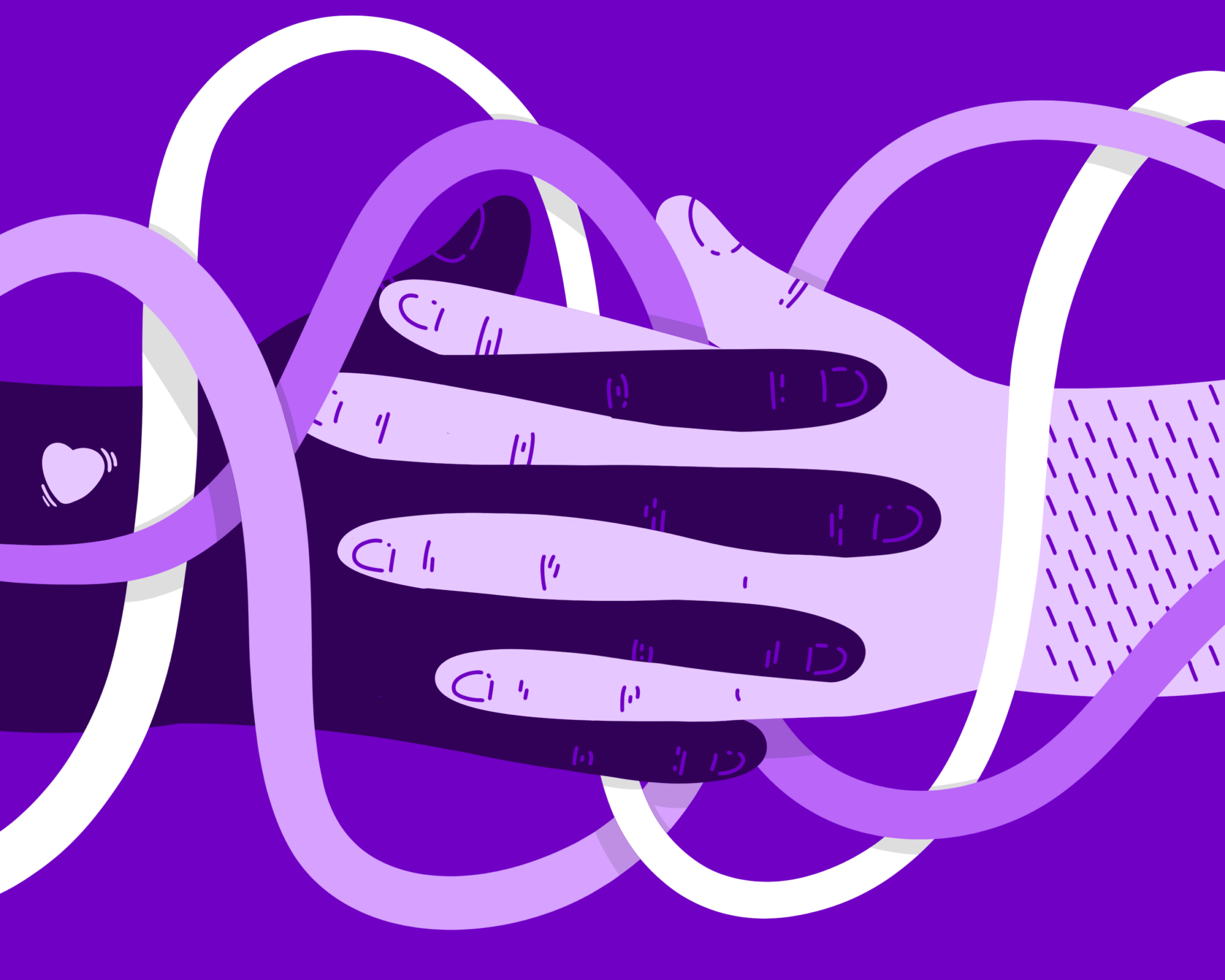 Perhaps the only thing that unites humanity more than happiness is pain. Of course, we’ve all experienced physical pain on some level, but there’s a certain simplicity with physical pain that makes it understandable, even if it’s unbearable. It’s straightforward, objective and nearly quantifiable. More often than not, your body will take care of itself. Blood will clot, scraps will scab and bones largely mend themselves. When outside intervention is required, all a doctor needs to do is simply collect data, assess the patient’s condition and prescribe medication or surgery as needed. For the most part, if the patient can be saved, they are. If the patient’s life can’t be saved, then their pain is alleviated to whatever extent possible. Most limits that do exist in medical treatments and practices can be overcome with additional scientific research in the relevant field. It’s all very objective.

The human mind, however, is not so simple. It’s deceitful and plays tricks even on itself. Rather than providing clarity, it obfuscates and confuses. You can’t see a broken brain or a broken heart the way you can a broken arm. Rarely can you look at a person and know instantly that they’re traumatized or mentally ill; it’s a lot more complicated than that. Yet, we can’t trust ourselves to know if we’re broken either.

Speaking from experience, trying to understand my mind is like walking into a house of mirrors at a carnival without ever having seen my reflection before. Every mirror offers a distorted and twisted vision of what I can only assume is me, but it’s nearly impossible to know which mirror most closely resembles reality. No one can tell me with full certainty what I’m experiencing, and neither could I ever hope to explain it in perfect detail.

And there lies the problem with most mental health treatments today — it has been standardized to death. I’ve done my rounds in the mental health system and it’s not easy. The first step, that is after you’ve navigated the labyrinthine and nightmarish world of the American health insurance industry, is to sit down with your therapist or psychiatrist and discuss your “symptoms.” Keep in mind what that means: In your first session, you’re expected to sit down with a person you’ve never met before and articulate feelings/thoughts that you yourself may not even understand. Or worse, you may be forced to relive the traumatic experiences that made you seek therapy to begin with.

As you can imagine (or have seen for yourself), this is a very alienating experience. It isn’t exactly easy to have to share your deepest fears and most traumatic secrets with someone you’ve known for all of one afternoon. That’s probably why it takes most patients months of treatment to see results from therapeutic services, time that many people with deeply rooted mental traumas don’t have.

But that isn’t what mental health care has to look like. Recently, I had the pleasure of sitting down and speaking with two stunning individuals, Lauren Roberts and Tony Muñoz. They are, respectively, the executive director and UC Santa Barbara chapter president of the Thriving Initiative, an organization that is redefining what healing can be.

In brief, the Thriving Initiative is a 501(c)(3) non-profit organization which “exists to increase access to alternative forms of community healing for those affected by violence,” with a focus  on survivors of interpersonal violence such as sexual assault, stalking or domestic abuse. The Initiative’s motto is “Thriving, Not Just Surviving.” They challenge traditional therapeutic methods of “curing symptoms” so that survivors can once again be “normal” and instead substitute that with a vision in which survivors can once again become whole people, embedded in their communities and with a network of healthy and supportive social relationships. Thriving’s goal is not to fix people — it’s to teach them to fly.

When I asked Roberts what made the Thriving Initiative so unique, she responded that “the most essential part of our organization is that we don’t center trauma, and we allow survivors to come together around positive experiences, little victories in their journey. There’s so much harm and negativity and pain associated with being a survivor. We wanted to create a space that acknowledges that, but doesn’t focus on that, and gives survivors access to tools they can use in their lives … and to build community at the base of everything we do.”

Contrast that attitude with sitting one-on-one with someone you don’t know or trust and being expected to spill the worst of your life’s experiences to them. Instead of expecting trust to be established effortlessly, Thriving takes seriously the process of building community and earning the trust of its participants. The lifeblood of Thriving are its workshops, consisting of six-to-eight week programs in which the same group of survivors and Thriving facilitators are exposed to different healing “modalities,” ranging from yoga to gardening to chair dancing. These workshops are run by a partnership of Thriving facilitators working closely with mental health care providers, who are often themselves licensed therapists. According to Roberts, the goal of these workshops is “really to give an opportunity for folks to connect as students and providers, while holding their identities away from the provider, away from any sort of questioning. No one expects anyone’s feelings to fit into any sort of box; they’re just sharing to share, with the hopes of building community together.” The Thriving Initiative gives survivors of interpersonal violence a safe place to connect with both other survivors and mental health service providers, without the burden of being forced to relive their traumatizing experiences.

Instead of expecting trust to be established effortlessly, Thriving takes seriously the process of building community and earning the trust of its participants.

It’s an approach that is showing results. According to Thriving’s data, workshop participants self-reported a 42.5% increase in their sense of safety, 47.5% increase in their sense of belonging, 20.5% decrease in flashbacks and 32.5% decrease in feelings of anxiety. All this was accomplished in six to eight weeks, versus typical therapeutic treatments which as we discussed can take three to four months of weekly sessions for only half of participants to self-report psychological benefits.

The Thriving Initiative’s innovative approach offers a great potential for healing, but that isn’t the only area where the rest of the mental health community should be taking notes. Thriving has also made large strides in increasing the accessibility of mental health care, especially for communities of color.

During my conversation with Muñoz, who is also a member of the Chicanx and Indigenous communities, we discussed some of the numerous barriers that separate people of color from much-needed mental health services. These barriers include the disproportionate financial burden on people of color who seek help, lack of mental health resources in communities of color and stigmatization of getting help within these communities. According to the National Alliance on Mental Illness, barriers like these mean that only 34% of Hispanic/Latinx adults in the U.S. with mental illness receive mental health services each year, compared to the national average of 45%. Similarly, only one in three African American adults with mental illness receive mental health care, and 63% of Black people believe a mental health condition is a sign of weakness in the U.S. These statistics offer glimpses of what are massive, systemic issues that deserve entire articles of their own, but nonetheless Thriving has made strong progress in addressing them.

For one, Thriving Initiative programs are offered absolutely free of charge, meaning no one in the program will be financially burdened for needing help. In the United States, the only developed nation that refuses to take health care out of the private sector, money is one of the primary barriers that separates people who need mental health services from their treatment. This problem is exacerbated by the racial wealth gap between people of color and white individuals, as well as the fact that, according to the HuffPost, out “of all practicing medical professionals, therapists are the least likely to take insurance. Only 55 percent of psychiatrists accept insurance plans, compared to 89 percent of other health care providers.” Even if you’re not one of the 27.5 million Americans who are uninsured, there’s still a good chance you’ll end up paying your therapist out of pocket, which is likely to cost you at least $65 to $250 per session. That’s not exactly affordable for the 32% of African American families that make less than $25,000 a year.

Further, Thriving’s community-centered program gives students of color an opportunity for collective healing that more traditional clinical and individualistic psychological treatments do not. According to Muñoz, Thriving hopes to “provide an option for these students who may be coming from a culture where if you’re a survivor, you shouldn’t talk about it … we’re giving students the option to say, ‘Hey, maybe there is something out there for me.’”

Thriving also takes active steps to recruit both facilitators and health care providers who are people of color themselves. As Muñoz acknowledges, “Most of the providers in Santa Barbara and psychology, in general, are white, so by being able to bring in providers of color, that gives us a great opportunity to show both that providers of color exist, and their work is highly respected.”

Suffice to say that the Thriving Initiative’s community-centered strategy is a welcomed breath of fresh air into a discipline that is disappointingly individualistic, commercialized and white. It is hardly a wonder that they have been able to accomplish so much already, and I am certain they will be a shining beacon of what mental health services could be for years to come.

If you’re interested in learning more about and supporting the Thriving Initiative, check out their website here: https://www.thethrivinginitiative.org/.

All Thriving Initiative resources are free of charge, which means that securing funding is always a struggle. If you would like to help support the cause and ensure that survivors have access to cost-free mental health resources for years to come, consider contributing to the Thriving Initiative here: https://www.thethrivinginitiative.org/ways-to-give.

Taylor Clark believes that mental health services should be focused on creating communities, not “fixing” individuals. The Thriving Initiative at UCSB shows us what that could look like.

If you or someone you know are currently undergoing a mental health crisis, please consult UCSB Counseling and Psychological Services crisis management resources here, or call the National Suicide Prevention Lifeline at (800) 273-8255.