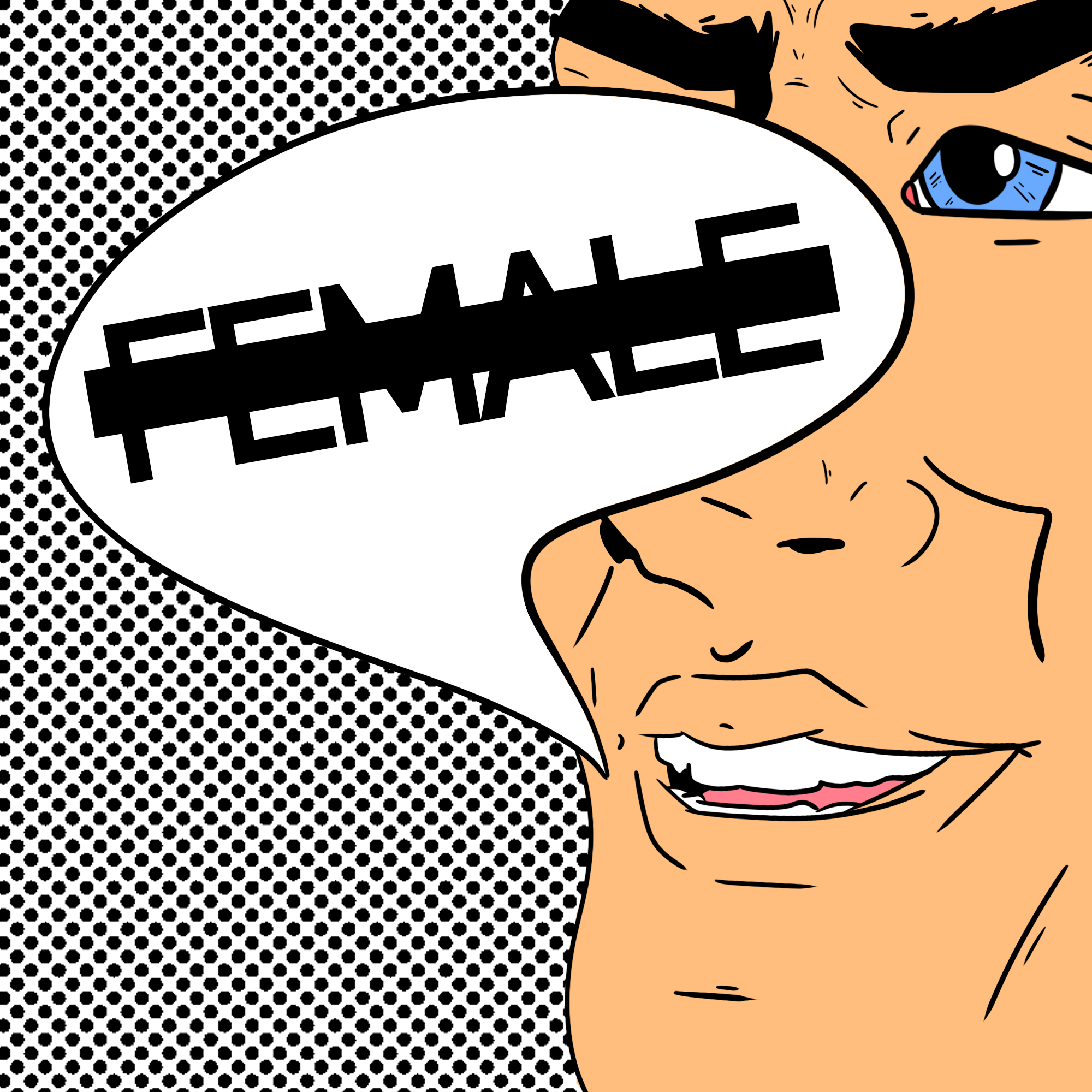 Can we, as a society, agree to stop referring to women as “females” in casual conversation? No matter where I see that terminology — outside of biology — it always feels dehumanizing, uncomfortable and overwhelmingly sexist. It is time to let the word “female” be reserved for biology class or join the ever-growing dictionary of archaic terminology.

Right out of the gate, “female” as a scientific adjective has been used in medical spaces, which have a history of pathologizing people for who they are. For example, the mental disorder of hysteria was considered an exclusively female disease to justify the notion that women are crazy, while men are not. Even though it is common knowledge now that there is no such thing as female hysteria, when “female” is used as a synonym for women, a loaded history is being alluded to. This is not much different than the reason why we do not refer to gay people as “homosexuals.”

A modern example of this use of the word “female” is in this meme of a man calling “females” crazy for having a guy best friend when in a romantic relationship. Here, “female” directly alludes to women’s behavior being incomprehensible to “logical” men which harkens back to that history of hysteria.

When we use terms that make people seem less human, it is easier to harm them and invent more differences to justify their otherness.

At the very least, the clinical terms of “female” and “homosexual,” when used in everyday conversation, give an impression that women and gay people are a different species from “normal” cisgender and heterosexual men and therefore less human. The one “deviant” characteristic is highlighted to be the only quality that matters, and all the other human qualities like having a family, dreams, emotions and hobbies disappear. When we use terms that make people seem less human, it is easier to harm them and invent more differences to justify their otherness.

Here is a prime example in which a guy is gatekeeping the anime, “Naruto,” by saying that “females” can watch the show but only boys can relate to Sasuke. He is using “females” and “boys” rhetorically to create and exaggerate a distinction between what is for women and what is for men. The meme communicates that even if women watch anime, the “innate” difference between “females” and “boys” makes any woman watching anime invalid.

This leads into the key point about who calls women “females.” In all the instances I’ve seen, only men refer to women as “females,” and it rarely goes the other way around. Given the worldwide history of sexism and gender inequality, men using an animalistic term like that makes sense, as it linguistically degrades women and asserts their own dominant social status. Of course, this is not a conscious action most of the time, but that is what makes it so powerful and necessary to stop. Power functions best when it is so subtle that it goes unnoticed.

The final reason that the word “female” needs to retire is that it reaffirms our entire binary gender system. If we are to move toward a more inclusive society, then our language needs to change and stop equating being female to being a woman. “Female” is just a body type, but being a woman is a human experience that society tries to restrict and rigidly define. The longer “female” and “woman” remain synonymous, the longer a female body type will be seen as a prerequisite for womanhood and femininity.

Power function best when it is so subtle that it gos unnoticed.

This short video of a man calling out other men for chasing “females” based on their looks and then being insecure about said “females” actually being pretty illustrates my point. The choice to use “females” here not only has that devaluing undertone from my previous point, but it also relies on the message that having a female body type is the primary determining factor for womanhood. This video is the most innocuous out of all of my previous examples but these little choices matter.

Entire thesis papers can be, and probably have been, written about each of the reasons why the use of “female” needs to die in a fire, but, until I stop hearing it, I won’t stop saying it: Stop calling women “females.”

Kenneth Moody is just tired of the casual misogyny.