The process of immigrating from one country to another — particularly for those seeking asylum or lacking resources to otherwise move through traditional channels — is already one fraught with uncertainty. 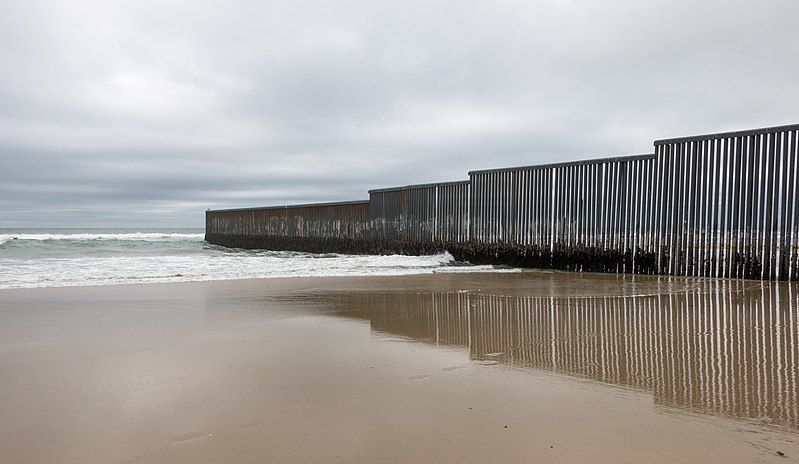 For this particular research, they conducted their study with 194 SGM Latinx immigrants. Courtesy of Wikimedia

However, those who are minorities even within that sphere, such as sexual and gender minority (SGM) immigrants, face a slew of additional issues from discrimination — both from those within their immigrant community and the broader sphere — leading to greater levels of stress and negative health outcomes.

Alison Cerezo and Amaranta Ramirez, researchers at UC Santa Barbara’s Department of Counseling, Clinical, and School Psychology who are working in collaboration with Fernando Estrada from the Department of Specialized Programs in Professional Psychology at Loyola Marymount University, have sought to better understand this relationship between stress from acculturation, discrimination and post-traumatic stress disorder (PTSD).

Cerezo and Estrada both come from backgrounds informed by work in nonprofits and community outreach. Cerezo in particular described how working with a trans-Latina organization for a number of years led her to become further aware of the challenges they and others encountered in accessing mental health support while simultaneously facing significant hardships related to discrimination.

Of particular relevance to this issue was a 2019 Trump administration policy, formally rescinded in June of this year, known as “Remain in Mexico.” This policy returned those seeking asylum in the U.S. to Mexico while they awaited their court dates in the United States.

Such a policy was particularly problematic for Latinx SGMs because it left them vulnerable while they waited for months and even more than a year to obtain asylum. According to Cerezo, Mexico lacks the infrastructure to support asylum seekers, for one thing. However, beyond that, SGM asylum seekers also found themselves victims of violence related to their being LGBTQ while they waited in Mexico.

“It should have been the case that they could seek asylum at the border and then be able to wait in a detention center or something, that they’d be able to actually have some system of support as an asylum seeker,” Cerezo said.

“That should be their legal right, but it wasn’t given to them, and as a result, an overwhelming majority of LGBT immigrants who were staying in Mexico did experience violence related to being LGBT.”

However, SGM Latinx immigrants even within the United States also have to contend with unique challenges, such as discrimination from those within their smaller immigrant communities upon which they ordinarily rely for resources and support.

According to Estrada and Cerezo, this results in a multiple minoritized experience, in which SGMs who leave their country to escape from discrimination find themselves in the U.S. living among people who perpetuate that same sort of discrimination. Meanwhile, the stress of acculturation only compounds the issue.

For this particular research, they conducted their study with 194 SGM Latinx immigrants, and used an intersectional-cultural theory of stress to look at the degree to which symptoms related to PTSD are associated with intersectional discrimination and acculturative stress.

They found a robust correlation and in addition discovered that not even high levels of social support insulated SGM Latinx immigrants from developing PTSD symptoms.

With such data, the researchers hope to be equipped to inform future policy and provide assistance to those who may stand to benefit the most from more focus and resources.

“It was important for us to show that PTSD-related symptoms do correlate positively with things like acculturative stress and discrimination. To show that link is important for other reasons, like a research and scholarship perspective, but especially from a clinical, mental health and provision of services perspective,” Estrada said.

Data on stress and the like. What units of measurement were sanctioned by the conceptual validity of the constructs being assessed? What are the mathematically valid units of stress? I can answer — nothing! This is pseudo science. Heck, behavioral science is a blatant oxymoron.