The Daily Nexus
News
UCSB Undergrad Releases All Student Undergraduate and Graduate Grades From Past Six Years
July 9, 2021 at 12:44 pm by Atmika Iyer and Alex Rudolph

UC Santa Barbara professors failed more students during summer quarters compared to most other quarters in each academic year from Fall Quarter 2015 to Winter Quarter 2021, according to a dataset recently released from UCSB.

Using California’s Freedom of Information Act, a 2021 UCSB alum — who wishes to remain anonymous — filed a request with UCSB’s Public Records Act (PRA) Office, asking for the quarter grades every undergraduate and graduate professor has given over the past six years.

The 2021 UCSB alum released the information they received from the PRA Office on GitHub — an internet hosting site for software development — on July 6. The released information includes the names of UCSB professors, the courses they’ve taught and the grades they’ve given from Fall Quarter 2015 to Winter Quarter 2021 for both undergraduate and graduate students, although it does not include students’ names to protect privacy.

The 2021 UCSB alum declined to speak with the Nexus. 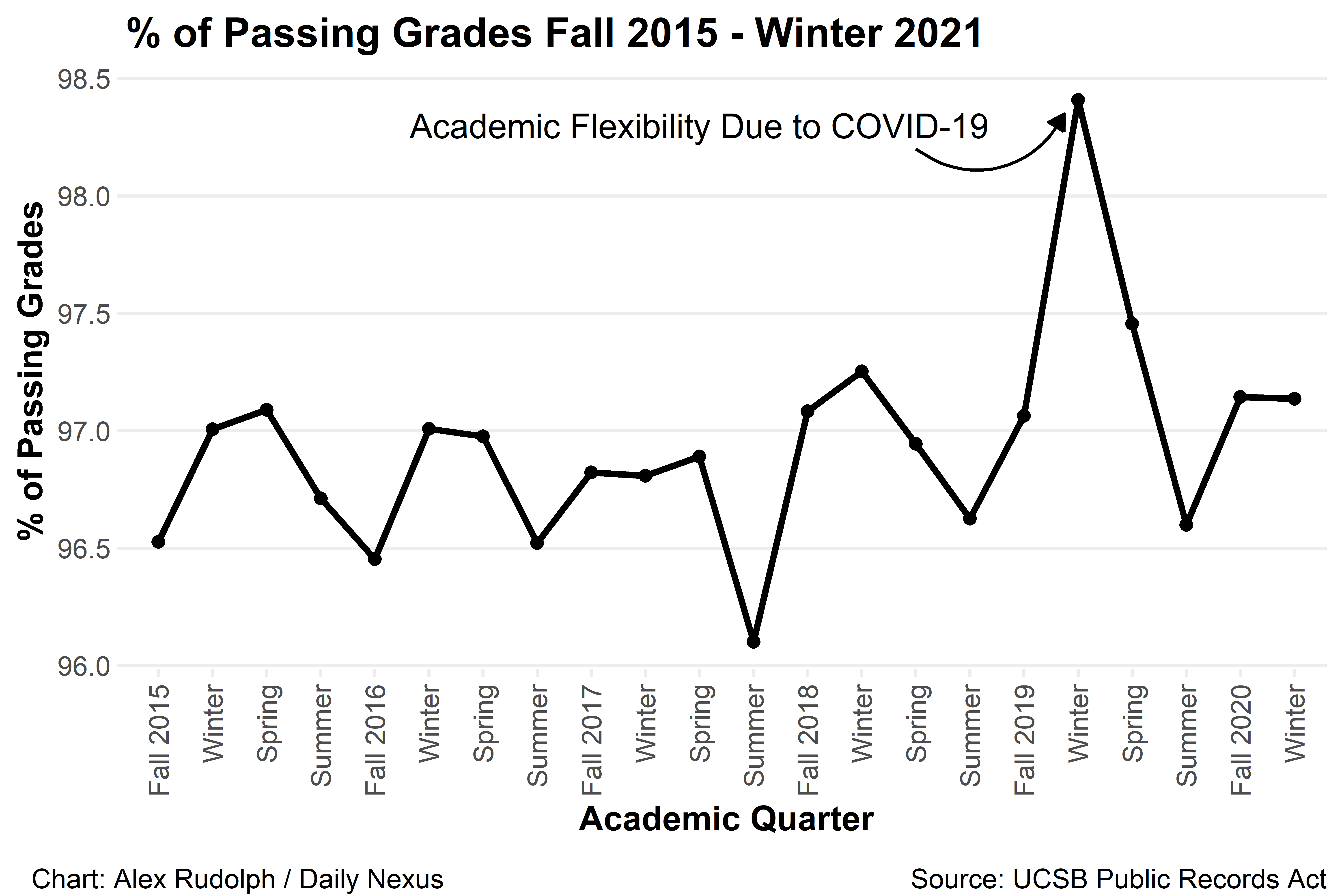 The Nexus categorized passing grades as A-D or passing if the class was taken on a Pass/No Pass basis.

The data reveals that there was a lower passing percentage during summer quarters compared to non-summer quarters at UCSB. There was also a spike in passing grades during Winter Quarter 2021 which Andrea Estrada, UCSB spokesperson, attributed to “faculty members’ responsiveness to students stresses as the University moved to entirely remote instruction.” 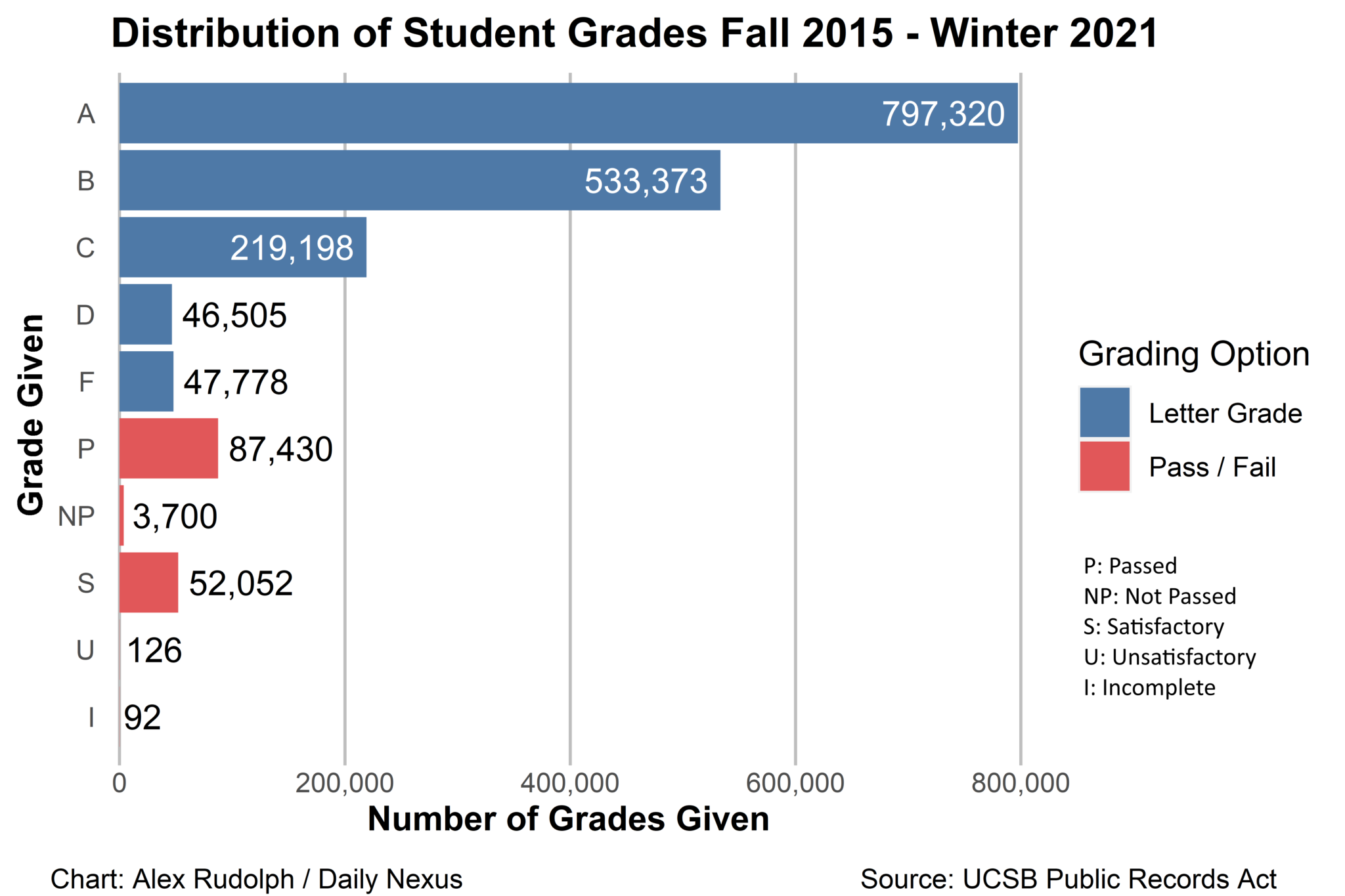 The Nexus examined all given grades over the past six years and found that 95% of the total grades given have been A-C’s, P’s or S’s. Slightly more F’s than D’s have been distributed as well.

One of the techniques in the classic book “How to Lie with Statistics” is to grossly exaggerate the vertical scale to make minor variations seem dramatic. In this instance, the variation over all quarters is 2.5 percentage points. Taking out the exceptional winter 2020 covid quarter, the variation is about one percentage point. Is this significant? Your call.