The Daily Nexus
Society & Psychology
UCSB Researchers Study “Collective Intelligence” In Effort to Understand Why Some Groups Fly While Others Flounder
June 20, 2021 at 11:40 pm by Sean Crommelin

John Donne famously said that “No man is an island,” in his prose work “Devotions upon Emergent Occasions,” bringing to light the interconnectedness of people — our propensity to group together and rely on one another. 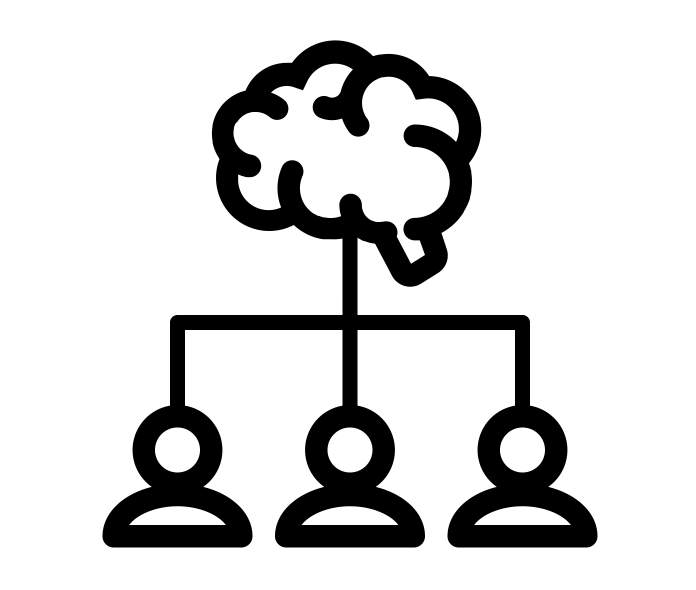 With POGS, the researchers avoided costly traditional ways to conduct experiments. Courtesy of The Noun Project

Indeed, this truism is evident in everything we do. Humans largely live in communities, exist in broad social circles and work with other humans almost constantly. In work settings in particular, many tasks are collaborative and performed in a team of people, requiring communication and interpersonal skills.

Despite this, many professionals, organizations and researchers focus on individual ability when attempting to measure performance and the contributions of an individual to the larger whole.

Recently, there has been strong pushback disputing the effectiveness of such practices. A landmark 2010 study published in Science Magazine, for instance, found that there was a single statistical factor that reproducibly had an association with a group’s performance in a wide variety of tasks.

The researchers coined this the “collective intelligence factor,” which was correlated not with general intelligence but instead with the social sensitivity of group members, the degree to which turns in conversation were taken equally and the proportion of women in the group.

“They gave a bunch of different tasks to groups of people instead of individuals, and then they tried to measure whether the group had some sort of underlying abilities that made them perform well,” said Young Ji Kim, an assistant professor in the communication department at UCSB. Kim has been studying the concept of collective intelligence since 2014, when she began working with the Center for Collective Intelligence at MIT.

Kim, in collaboration with researchers from Northeastern University, MIT and Carnegie Mellon University, wanted to go further to validate the significance of this factor of general intelligence and draw from a larger sample to see if the same findings could be reproduced.

To do this, Kim and her collaborators carried out a meta-analysis on 22 studies evaluating collective intelligence in 1,356 groups and 5,279 individuals.

“This is a pretty impressive number because it’s really hard to recruit a large group of people to the lab or for field studies and conduct these studies … now we have more confidence in the findings that were previously had,” Kim said.

This wellspring of studies that the researchers drew from was able to be so large because of a novel method of conducting experiments. The data in the studies analyzed had been obtained using the Platform for Online Group Studies (POGS), a platform that allows researchers to conduct experiments over the internet.

With POGS, the researchers were largely able to avoid more costly and logistically challenging traditional methods of conducting experiments. In addition, because the studies all used POGS, they also shared the same data collection method.

“So using more and more diverse samples, we find similar results. There is like a single general factor that explains a group’s ability to work together well,” Kim said.

Kim and her collaborators found once again that this factor was not merely the aggregate of individual intelligence among members of the group; instead, it was defined by the process by which people work together in the group. It was also influenced by the proportion of women in the group.

However, the researchers also found that groups with more women tended to have greater social perceptiveness, defined by Kim as an individual’s ability to “read” another individual’s mental state or emotion.

“It is actually explained by higher social perceptiveness, rather than just having more women …  A lot of research suggests that women tend to have a high ability to perceive social cues — more than men — so that makes sense,” Kim said.

Even in light of this research, however, Kim suggests the need to evaluate studies conducted in a wider variety of contexts.

“Even if we have 22 different studies from various samples, we haven’t covered all kinds of contexts, and context is important, especially in this field of study where a lot of different factors come in and affect group performance,” Kim said.

“There are competitions, different resources, different opportunities and power dynamics. All of those are really important.”

And the units of social intelligence embody what mathematical valid properties? I am sure that prior to quantification, they have been shown to at least have an interval nature. LOL. Social science is an oxymoron.