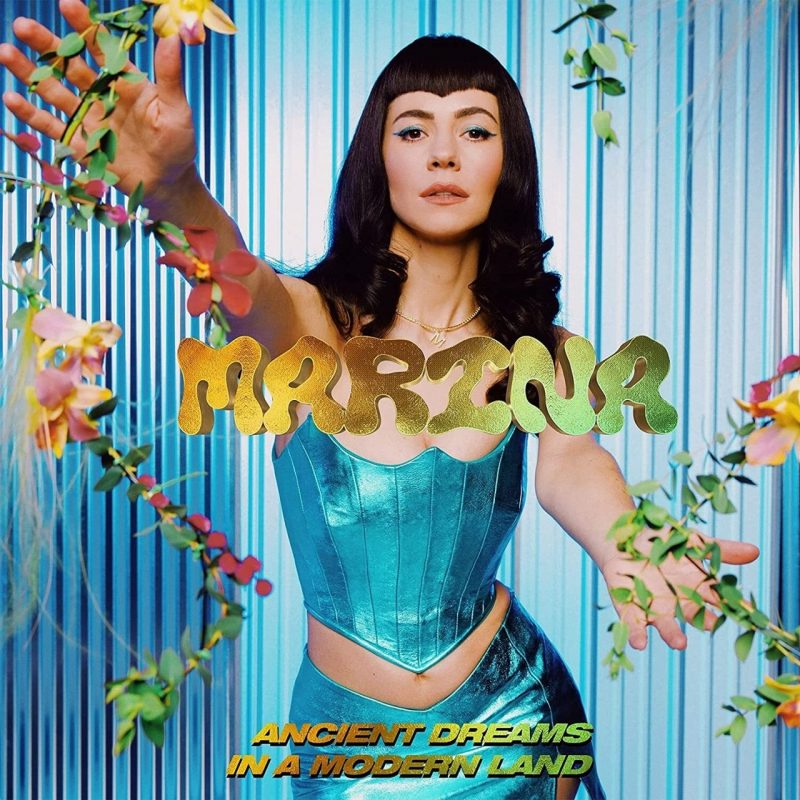 There are some artists that upon discovery wholly change your perception of the boundaries music can fit in, and Marina Diamandis is one of those artists. Under the stage name Marina and the Diamonds, her limitless creativity and abstruse lyrics on her 2010 debut album, “The Family Jewels,” established a cult following leading up to her 2012 sophomore effort, “Electra Heart.” Though “Electra Heart” was more commercially centered and went away with the strange, liminal sounds of her first, the sophomore album spawned some hits (“Primadonna” and “How to Be a Heartbreaker”) important for a breakthrough. “FROOT,” three years later, was her most successful album so far and landed in the top 10 of the Billboard 200, an impressive feat for an overseas artist. The album continued themes of fame, regret and sorrow and was a strong foray into sleeker, contemporary pop.

Diamandis, now known under the mononym MARINA, then hit a rough patch in her musical journey with 2019’s “Love + Fear,” a pop record with tracks too similar and polished, it could have been sung by anyone. The album flattened her personality and songwriting, leaving ambiguous tunes in place of artistic work. So, when a recent New York Times article where Derek Davies (co-founder of her label, Neon Gold Records) said that her upcoming album is “the closest cousin in the discography to that first record,” fans became ecstatic. As any longtime MARINA listener can attest, her debut album not only marked her creative peak but was insanely bizarre. She “Cuckoo!”-ed, met a dog-seeking frog named Hermit, had a panic attack over crackers and met an angel named “Glittering Gabriel.”

The first taste of the album was “Man’s World” released last fall, a breezy track about gender inequality. It’s a straightforward song attacking men in power who control most global decisions (“Mother Nature’s dying / Nobody’s keeping score / I don’t want to live in a man’s world anymore.”) While MARINA previously joked about proving her worth as an activist (2015’s “Can’t Pin Me Down” asked, “Do you really want me to write a feminist anthem? / I’m happy cooking dinner in the kitchen for my husband.”), she takes time here to politically insert herself, a theme that continues in the album.

The album’s title track — MARINA’s best song in years — positions her on a propulsive, dark beat, questioning society today. Everyone’s had a moment where they’ve wanted to throw their phone off a cliff, and MARINA has been a proponent of a less digital life. “You don’t have to be like everybody else / You don’t have to fit the norm / You are not here to conform,” she almost demands. A universal message telling everyone to not conform? It’s a twisted signal, one that has been missing from MARINA’s music for a while.

Also in the title track, “Ancient Dreams In A Modern Land,” we can see MARINA’s obsession with evolutionary psychology. She’s questioned the root of evil before on “Savages”: “Is it running in our blood, is it running in our veins? Is it running in our genes, is it in our DNA?” She doesn’t get a straight answer, concluding that “Underneath it all, we’re just savages,” motivated by our underlying genetic blueprints. In 2019’s “To Be Human,” she is distraught again: “(To be human) Lost my direction, ooh / I wanna feel human again.” But MARINA’s found new confidence on this track: “I am not my body, not my mind or my brain (Ha!)” she taunts in a sing-songy voice. “Not my thoughts or feelings, I am not my DNA!”

MARINA’s confidence continues to bloom in “Venus Fly Trap,” described as a “strong-rooted song that’s silly and sassy.” The song reveals she’s never fit in the general stereotype for how a woman should behave, both in her career and her real life. But she feels secure in her otherness, saying that because she stood out, she’s a “millionairess.” Clearly, something is working. She has many strengths, even listing them: “I got the beauty, got the brains / Got the power, hold the reins” that got her to where she is today. “Why be a wallflower when you can be a Venus fly trap?” she asks.

There are songs on the album that also reflect her recent break-up with Clean Bandit’s Jack Patterson, like the self-explanatory: “I Love You But I Love Me More.” It deals with a messy ending to a relationship with cutting lines such as “How can I trust you after what I’ve been through? / You only care about me when it suits you.”

The less angry, more reflective “Flowers” follows and sees MARINA at a delicate place. “With every careless action, you let me slip away / If you just bought me flowers, maybe I would’ve stayed,” she says earnestly. She seems genuinely heartbroken, as an action as simple as caring was absent from her relationship. “What parts of your love were for real / And what parts were for show?” she asks on the bridge. These songs are raw and emotional, made more poignant due to how the album is largely self-written (similarly to Lorde’s “Melodrama” and Taylor Swift’s “Speak Now”).

Admittedly, because this is her most politically minded album yet, it can sometimes venture into cheesy territory. “i want just one song where i don’t have to feel like i’m campaigning for kamala harris in 2028,” one Twitter user quipped in response to the lyrics in “New America” about GMOs. And in “Purge the Poison,” where a section is sung from Mother Earth’s perspective, she insinuates the pandemic was caused (instead of exacerbated) by humans: “Virus come, fires burn, until humans learn / From every disaster, you are not my master.” But for the few unsuccessful jabs, there are plenty of heartfelt moments, particularly the dual gender roles and mental health stigma tackled on “Highly Emotional People.”

After a bland tumble like “Love + Fear,” which MARINA has even said represents a particularly troubling time in her life, this album presents complexity, strong hooks and some of MARINA’s best songs. While it doesn’t fully live up to the debut’s album eccentricity and manicness, we can see the creative muscles in MARINA’s mind have been given a good workout. After refinding her creative footing during the pandemic, momentum is a great thing to have.